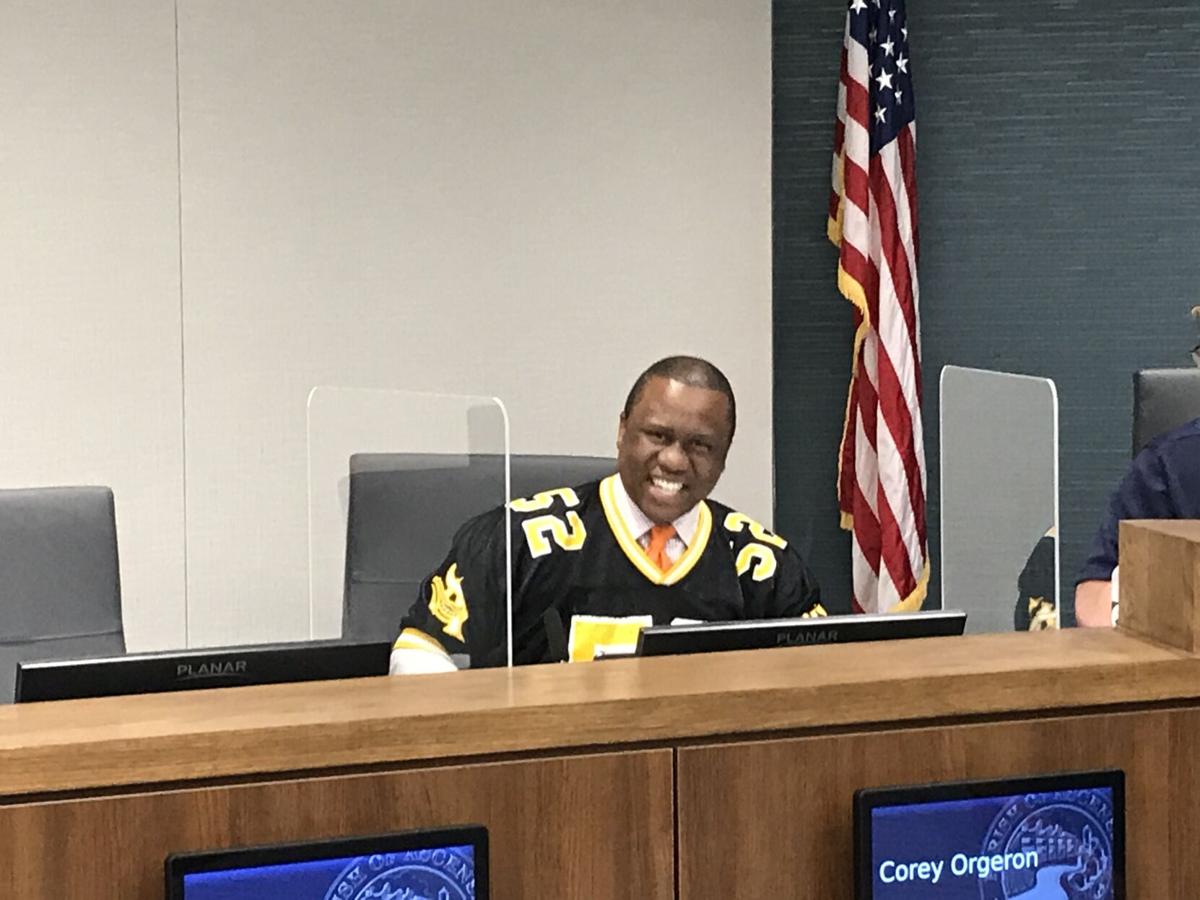 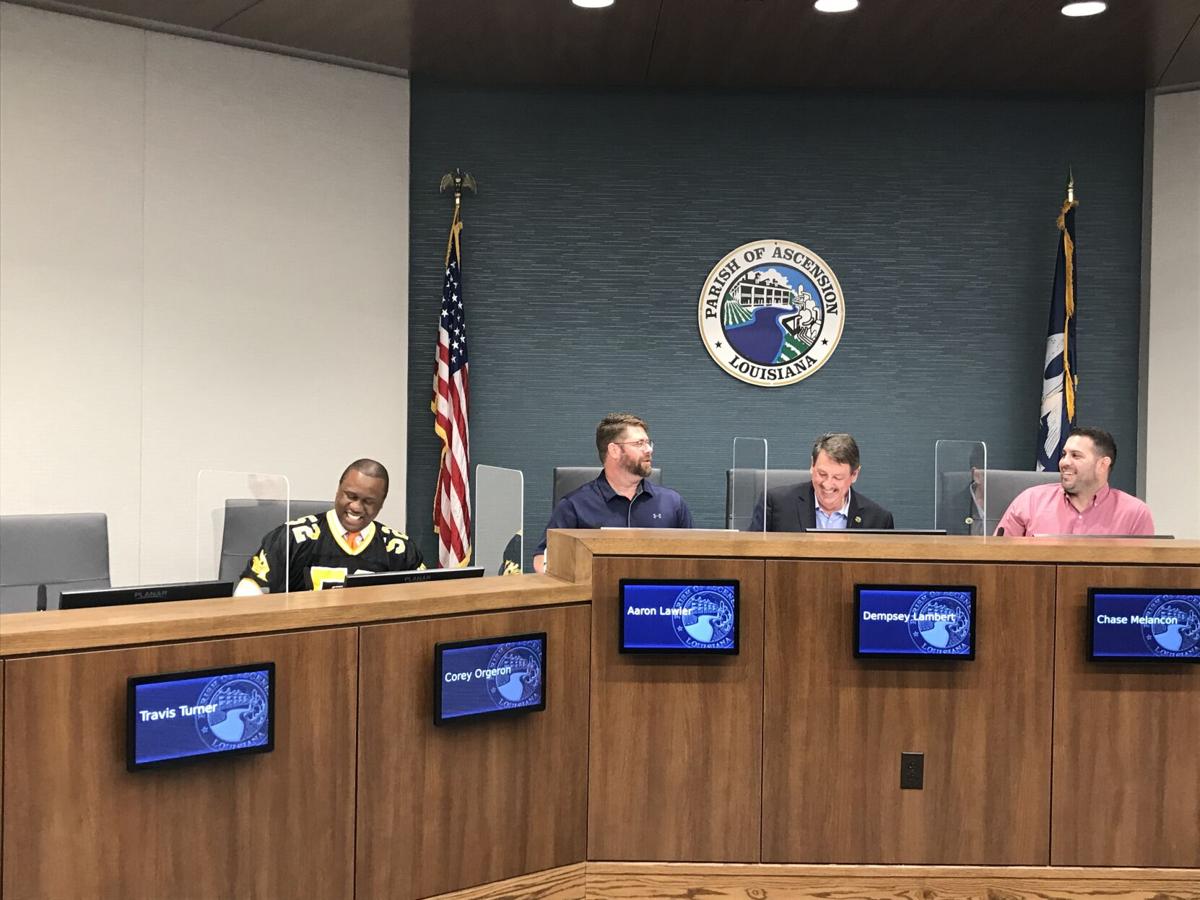 But two councilmen recently took on a matter much weightier than the humdrum of government service: high school rivalry.

Council members Chase Melancon and Travis Turner had a wager on the outcome of the annual Ascension gridiron clash between East Ascension and St. Amant high schools.

The old-school rivalry has fueled generations of trash-talk and bragging rights, and, this year, St. Amant claimed the title, beating EA in Gonzales' Spartan Stadium in a defensive struggle, 10-6.

The Gators stuffed the Spartans on offense, holding them to just one first down in the first half and to 173 yards of offense for the entire game.

The men bet each other before the Nov. 5 game that the alumnus of the losing team would have to wear the winning team's colors in public, for all to see.

Three days after the Gators emerged victorious, Melancon was ready for Turner to fulfill his sworn promise of embarrassment, bringing a St. Amant High football jersey for Turner to wear at a parish drainage meeting.

This would be before the public and the video cameras, which would record Turner's image and share it on public access television and virtually forever on the internet.

Turner donned the No. 52 black-and-gold jersey over his collared shirt and tie, and remained with a silent smile behind the council dais while other council members looked on.

A few seats over at the dais, Melancon enjoyed his and St. Amant's moment.

Asked later in a brief interview how it had felt to be Gator, if only for a brief time, Turner responded:

"You have never looked more attractive than when you walked out with that" jersey, Melancon shot back.

"It's the worst thing in life," Turner added.

Melancon also had a St. Amant hard hat for Turner to wear, but that, apparently, was a step too far.

The hat appeared again at another council meeting on Nov. 10, but Turner declined, his obligation already fulfilled.