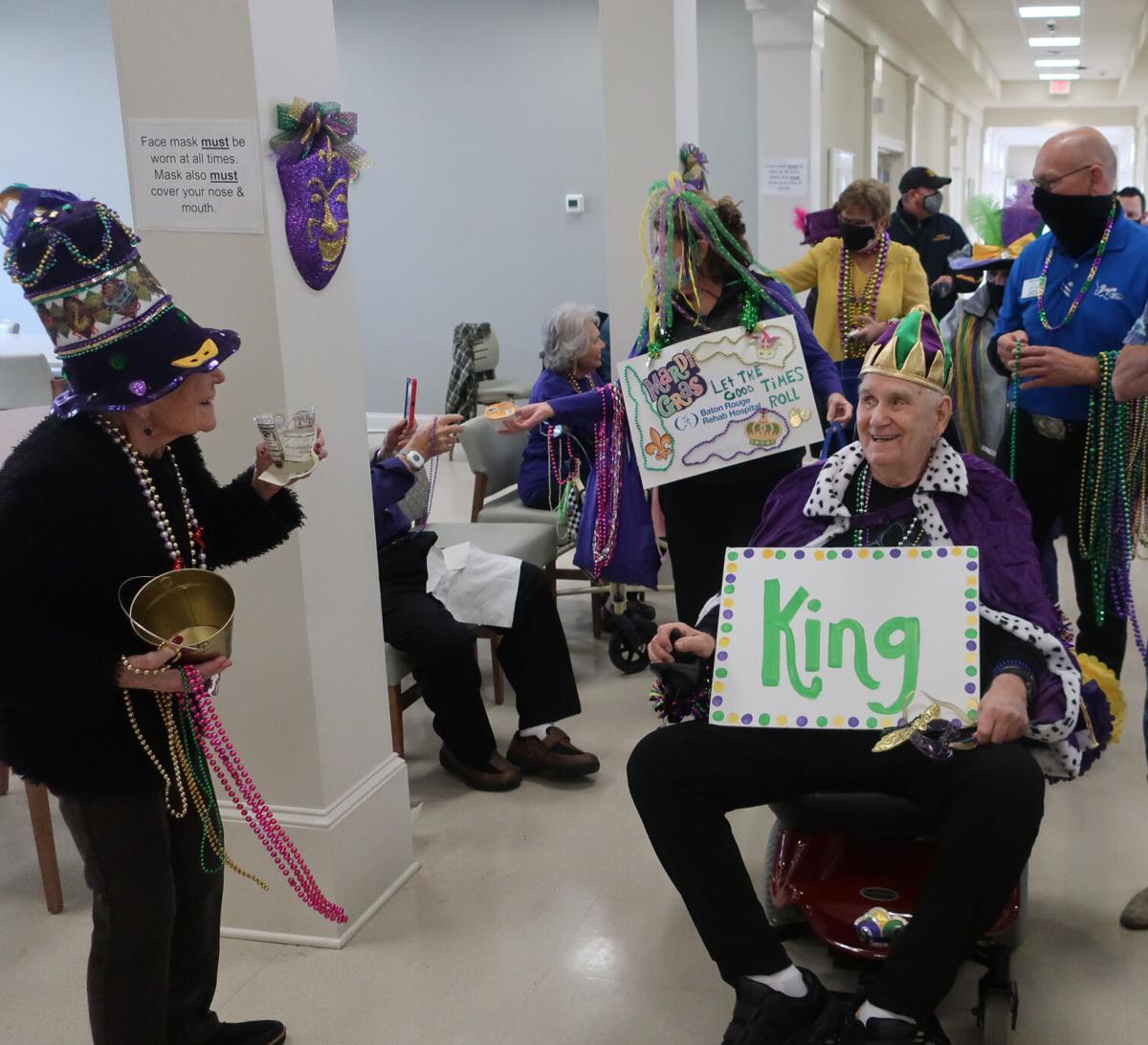 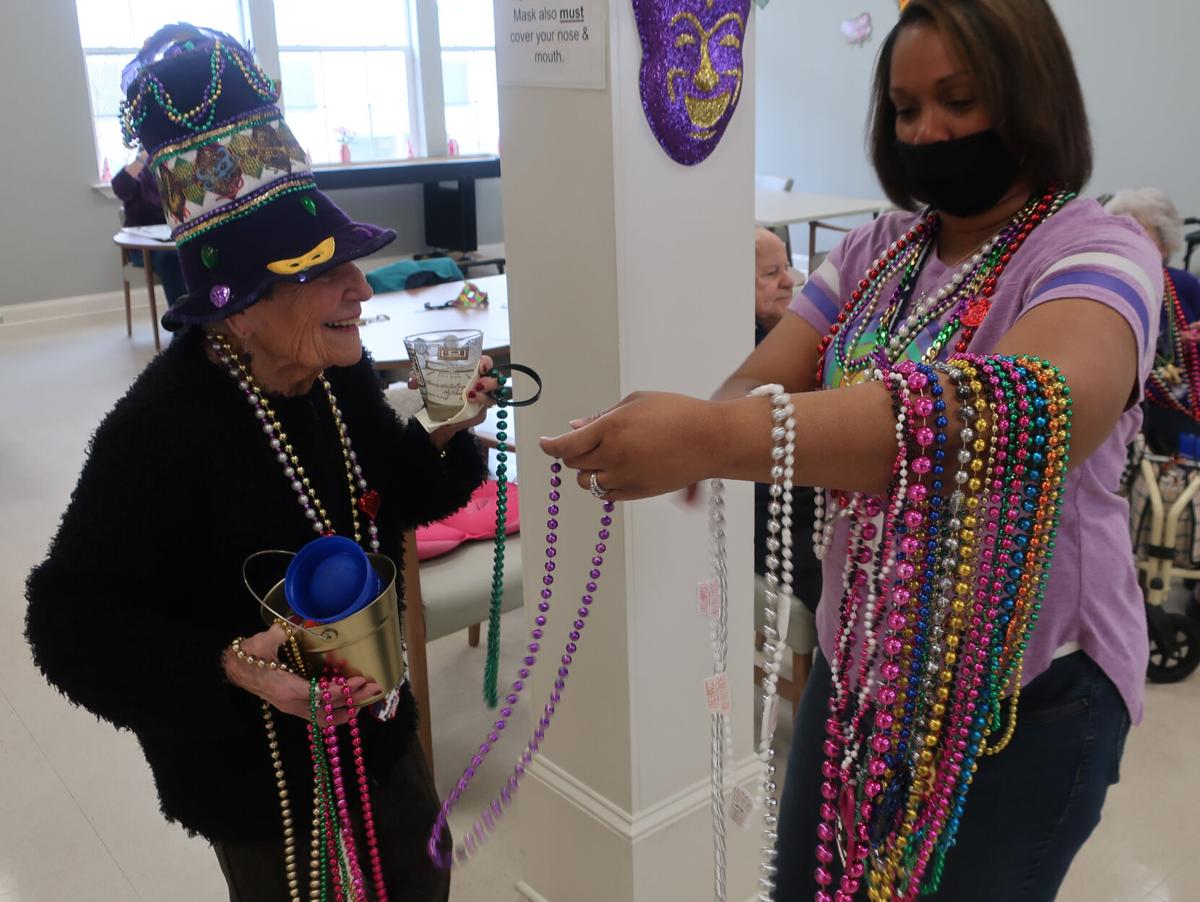 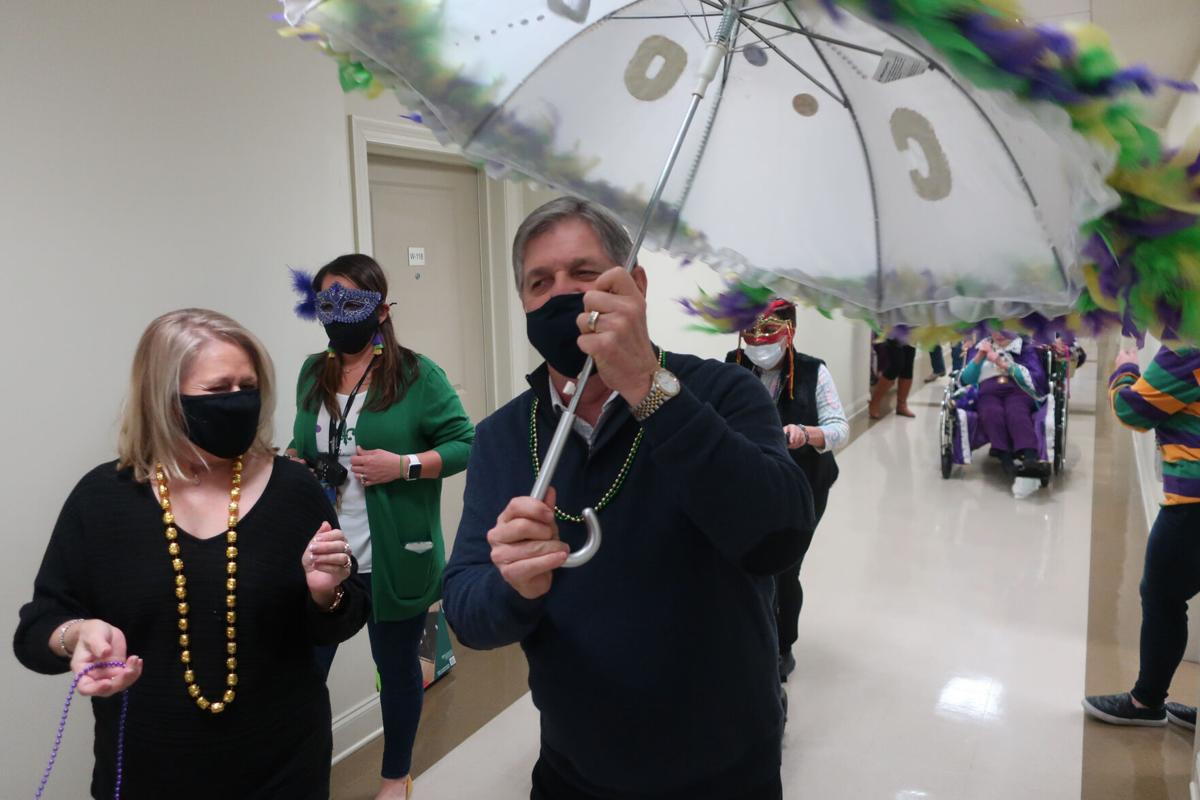 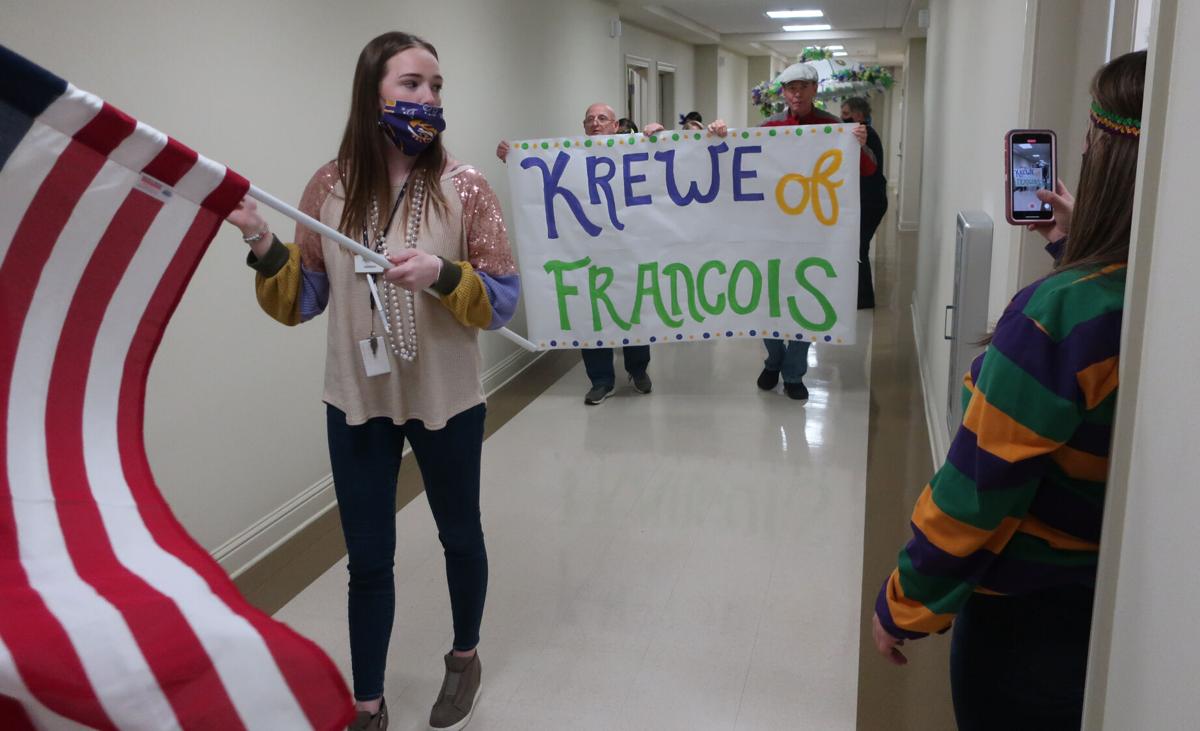 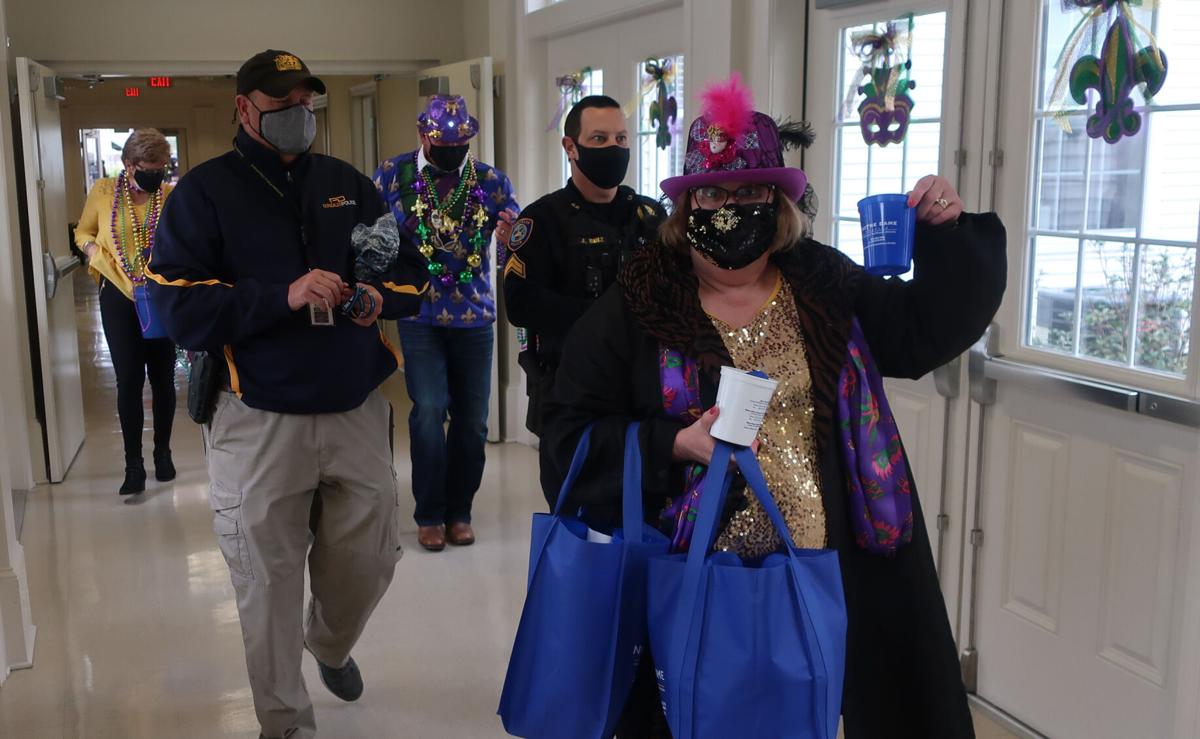 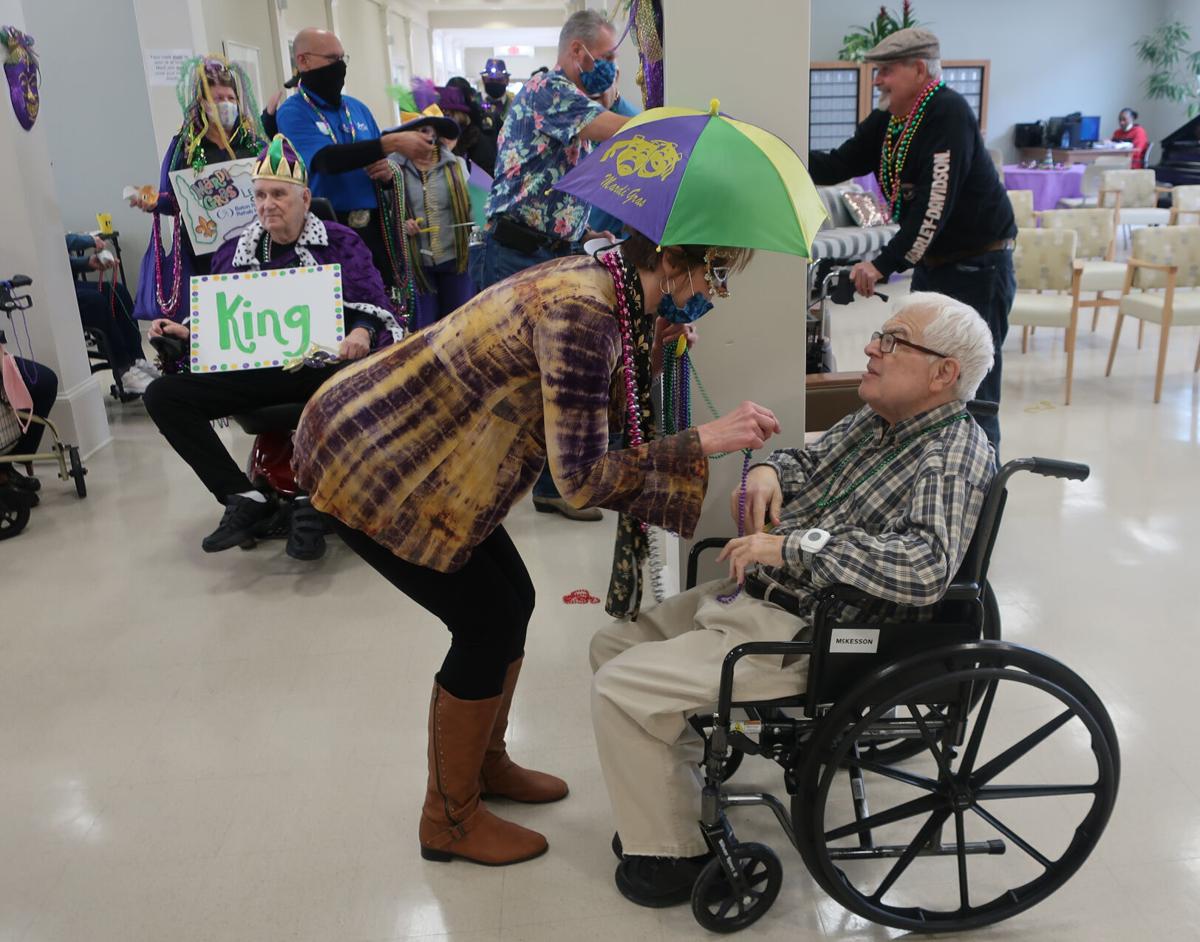 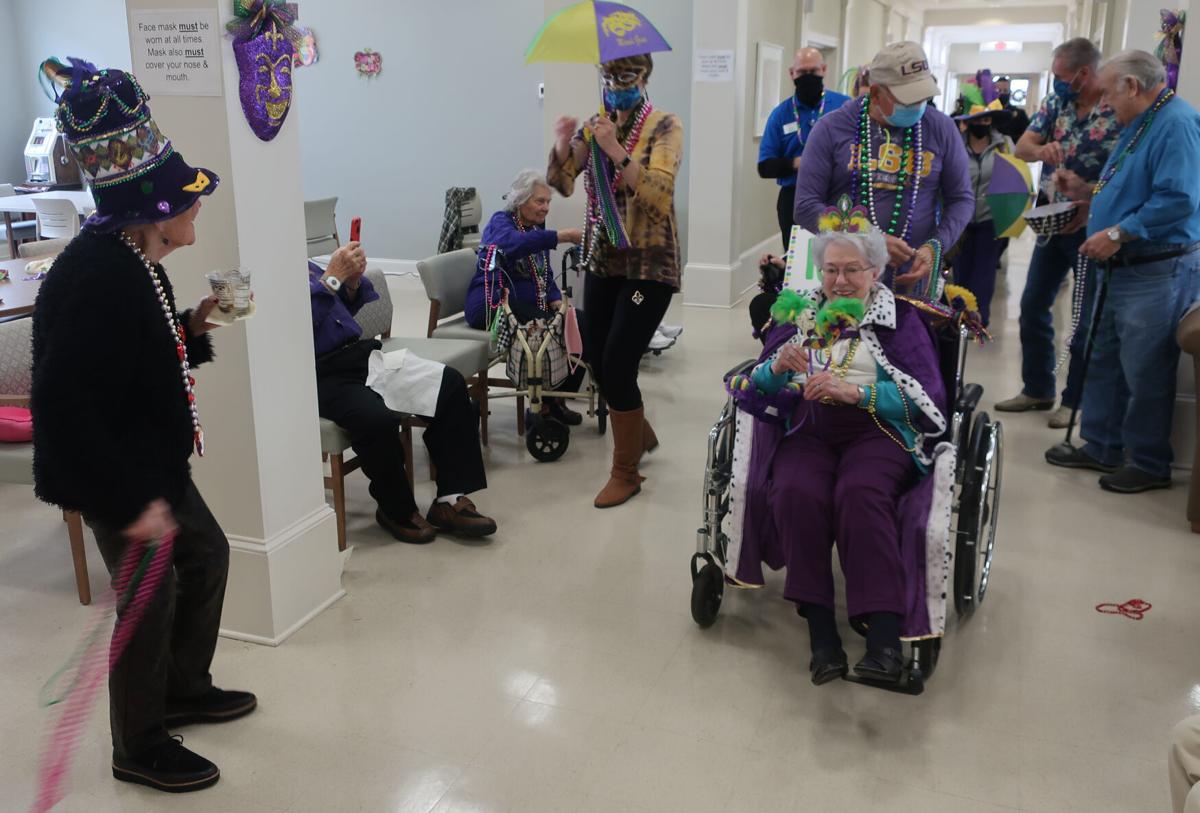 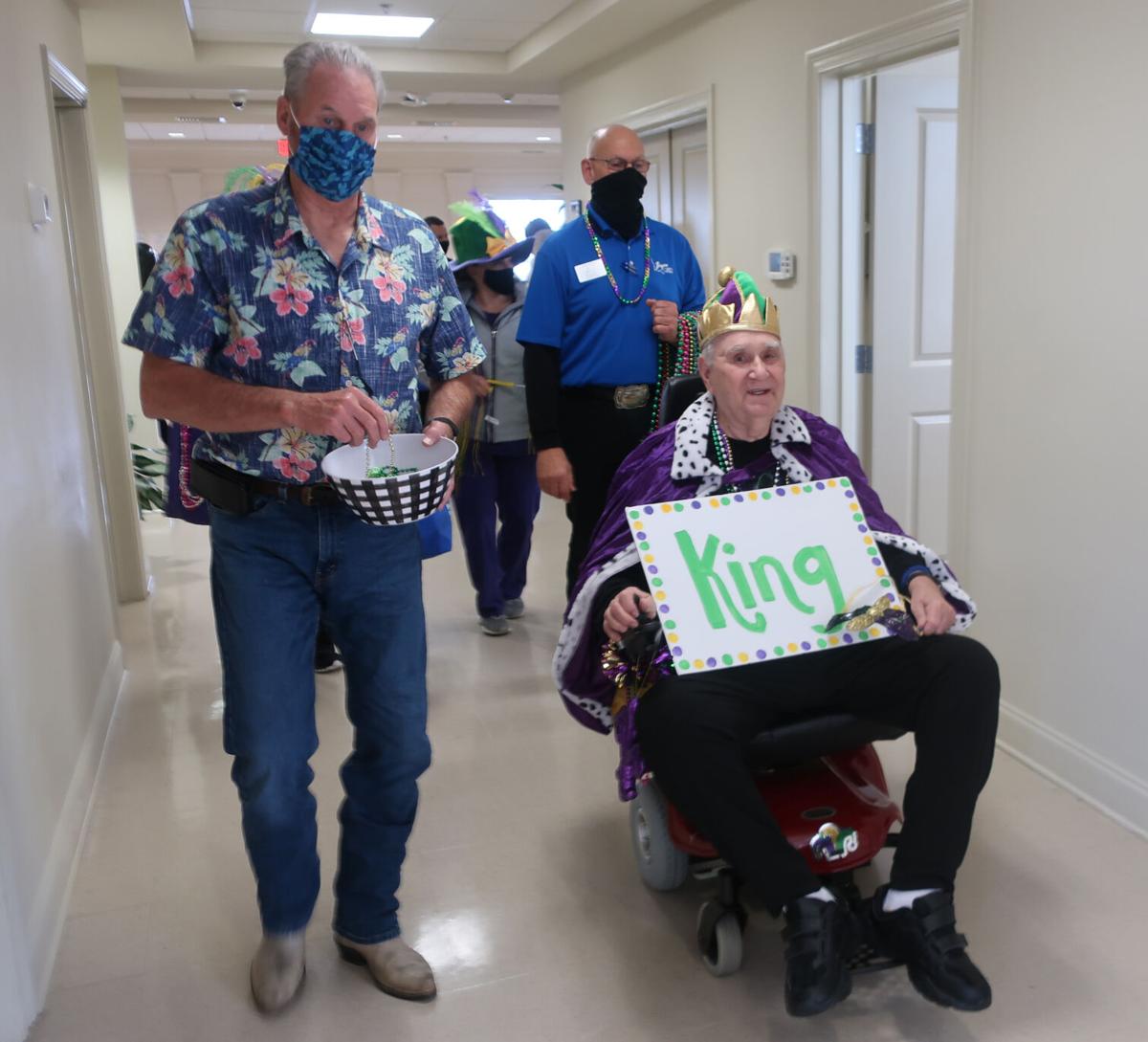 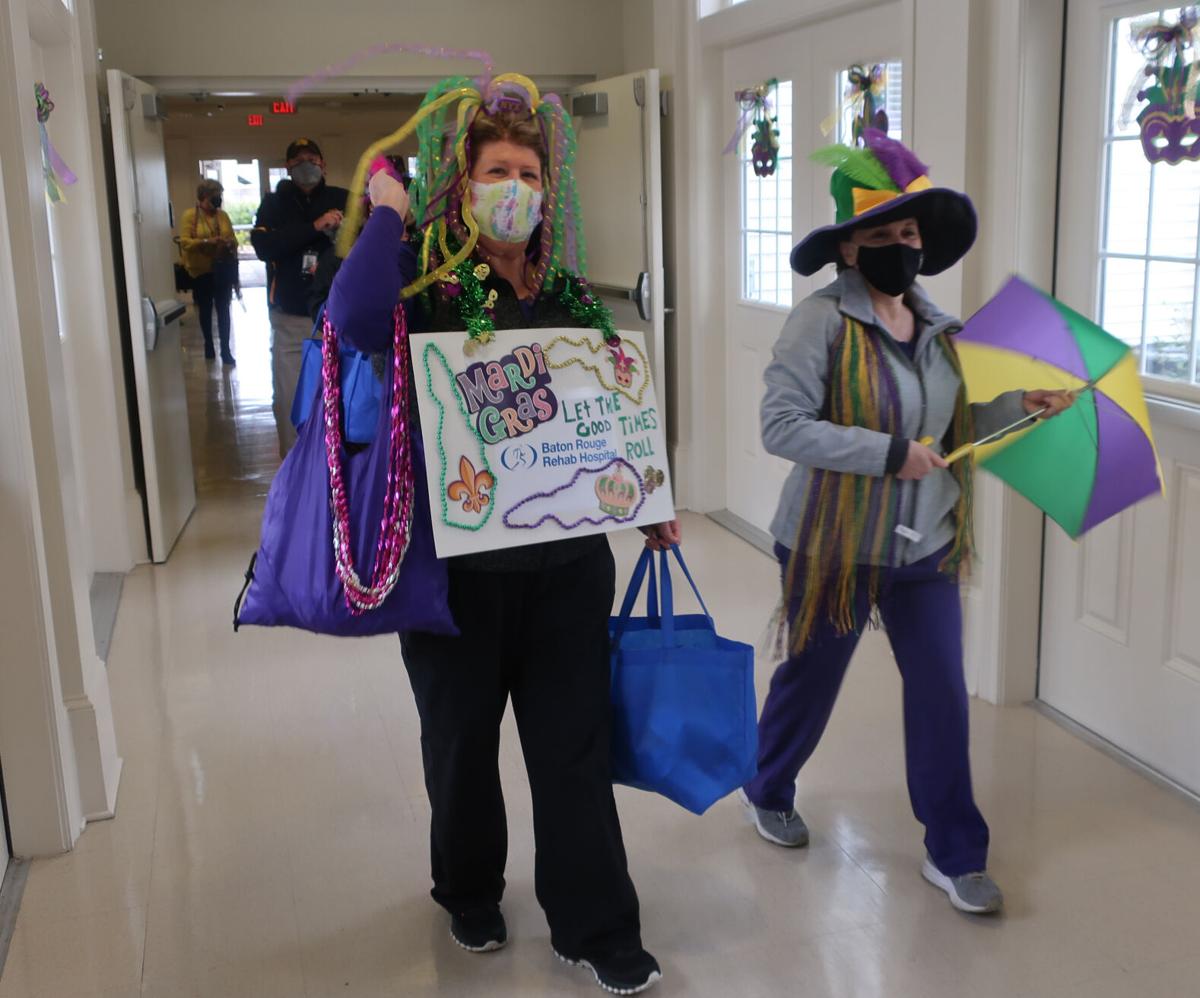 Beads, stuffed animals and toys were tossed and the music played while the Krewe of Francois Mardi Gras rolled through the halls of the Gonzales facility.

Gonzales Mayor Barney Arceneaux, who was accompanied by his wife, Betty, served as grand marshal. He twirled a decorated umbrella as he greeted the residents, many sitting in their doorways waiting to catch a bead and wave to the paraders.