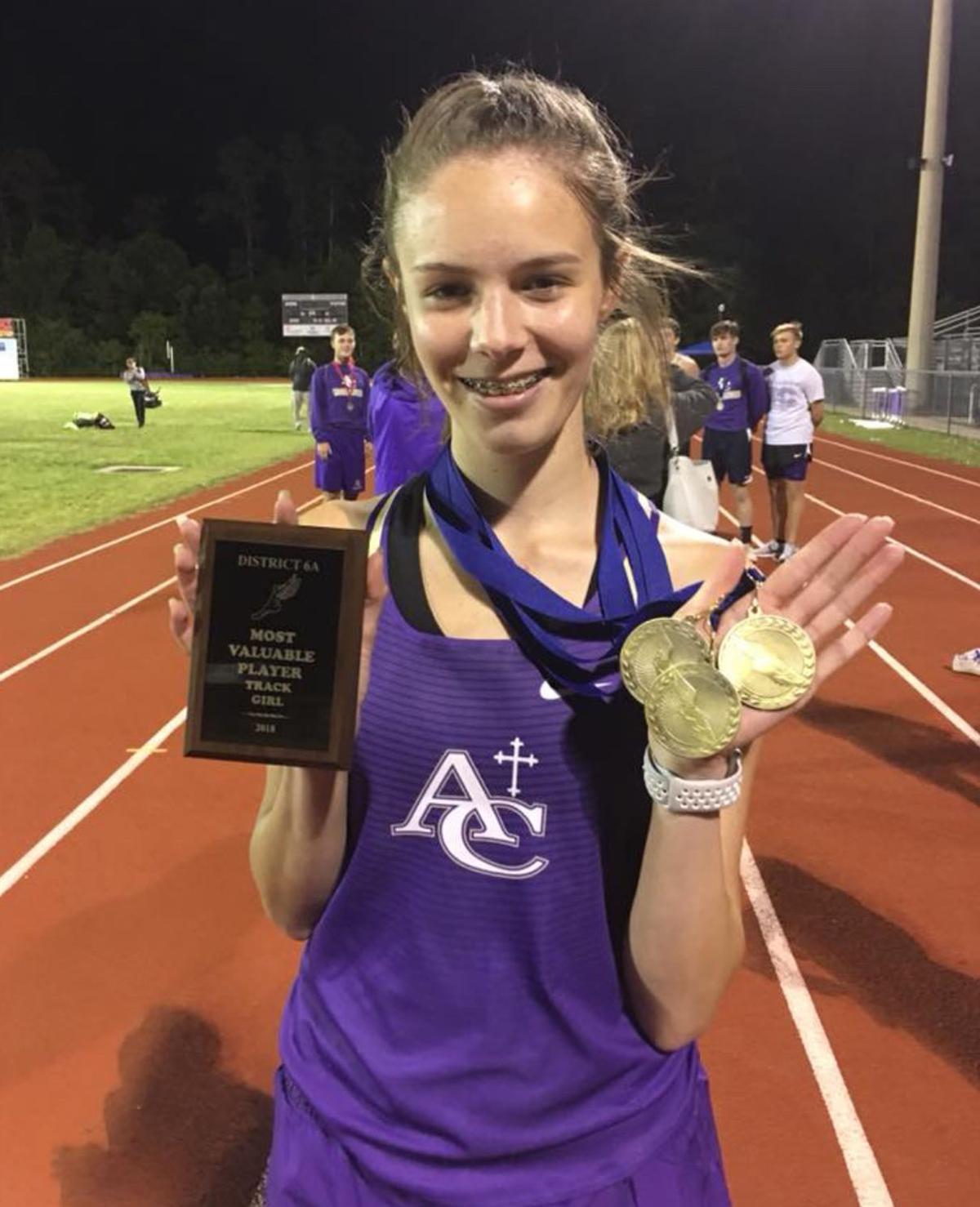 Ascension Catholic High School's Haley Dupre was the MVP at the District 6-1A Track Meet. 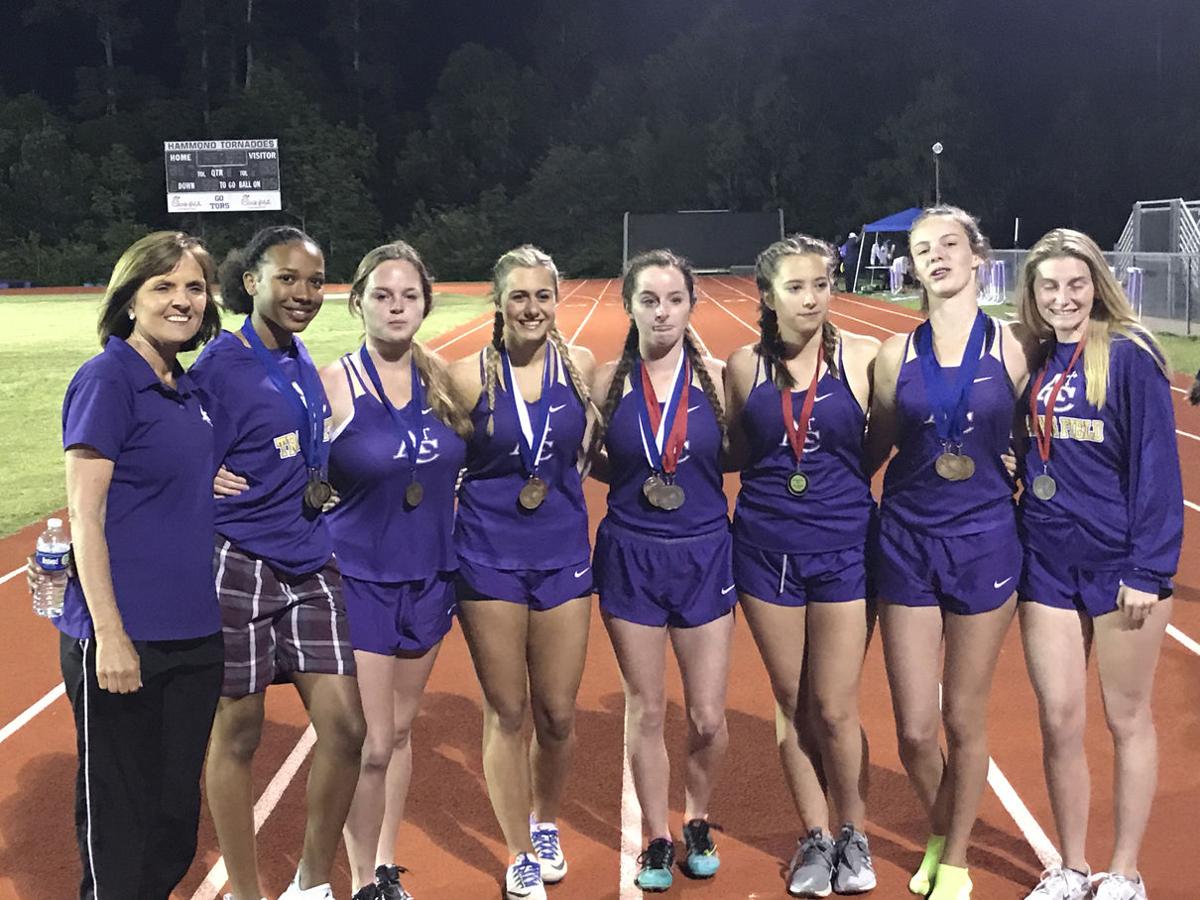 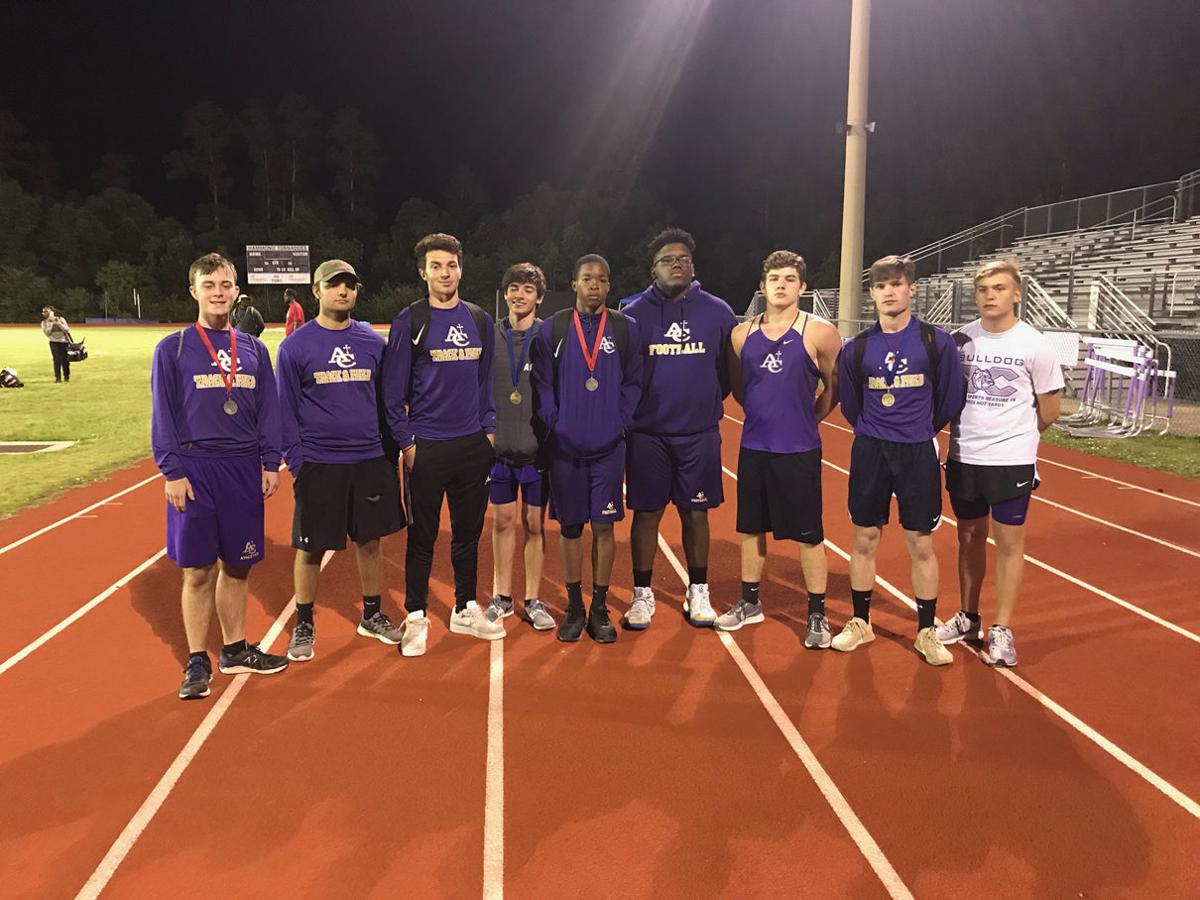 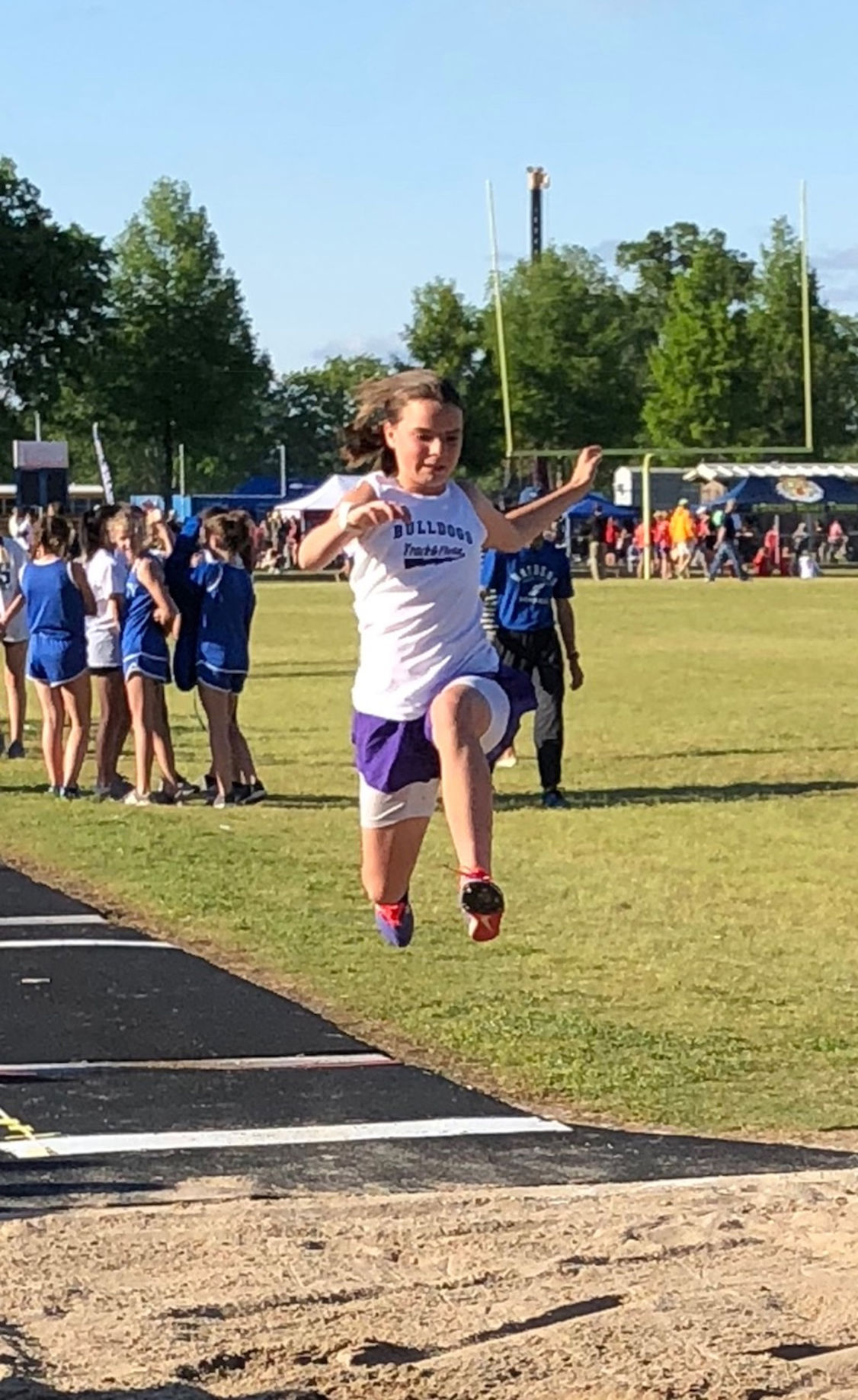 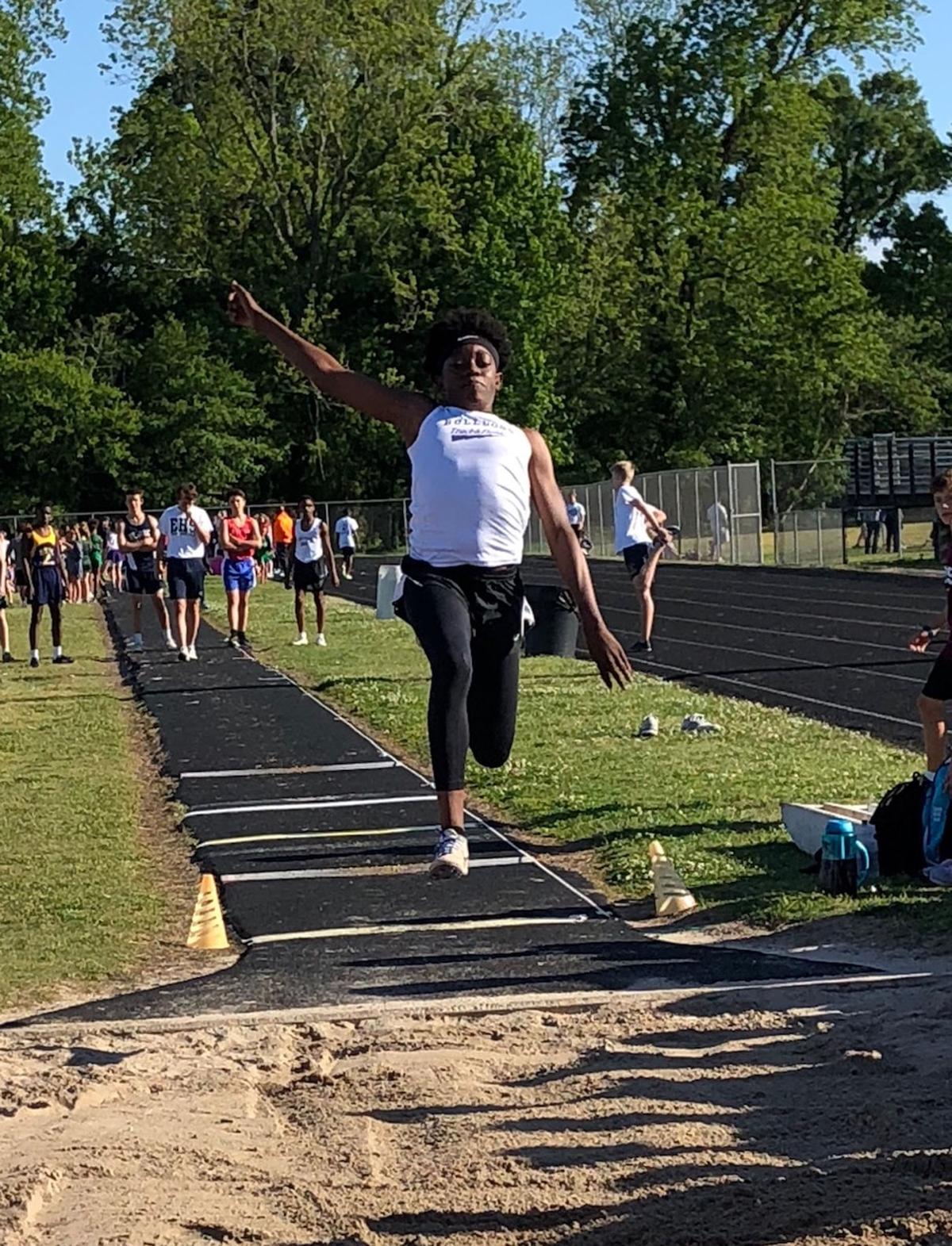 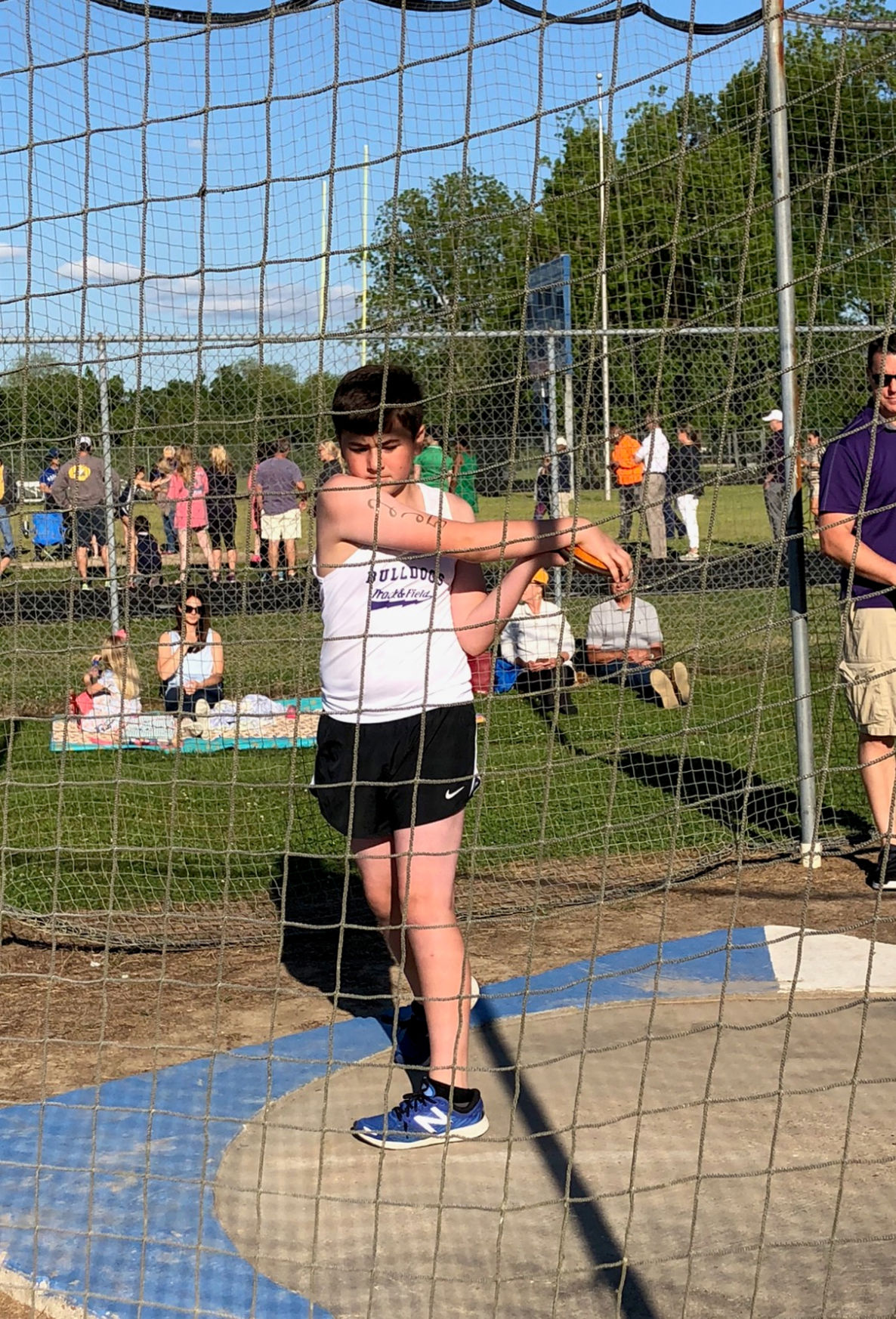 Ascension Catholic High School's Haley Dupre was the MVP at the District 6-1A Track Meet.

Baseball in Ascension has always been strong and this is evident again with three teams advancing to the quarterfinal round of the state playoffs. St. Amant, Dutchtown and Ascension Catholic all advanced with series wins this past weekend.

The Gators, under coach Troy Templet, came in as the 19th seed and beat the No. 30 seed, HL Bourgeois in two games. The Gators won 7-5 and 12-0 behind strong relief pitching by Aaron Delaune in Game 1.

“Aaron was great in relief. He held them to one run after coming in the game in the fourth inning,” Templet said.

The Gators walked off with a suicide squeeze bunt by Alex LeBourgeois. Landon Lieux (2-2, two RBI) and Reed Babin (2-4, two RBI) led the Gators at the plate.

“Our players fought the whole game and scored in the final three innings to grind out the win, very exciting win,” Templet said.

Game 2 was not as anticlimactic as the Gators rolled 12-0 behind Southeastern baseball signee Zane Zeppuhar. Zeppuhar pitched five innings of shutout ball, allowing one hit. Lieux and Delaune led at the plate again along with Miles Murray (2-3).

“We started the game strong on the mound and offensively — never looked back,” Templet said. “We are playing well right now and I like our chemistry.”

The Gators advanced to play at Sulphur, the No. 6 seed, on Friday.

The Ascension Catholic Bulldogs advanced by beating St. Mary’s with a 2-1 series win.

Charlie Gianelloni set the tone for AC with a 5-0 shutout, scattering two hits in Game 1. St. Mary’s held off AC in Game 2, winning 6-5. Tre Medine pitched a solid game but the Bulldogs’ defense, normally stellar, made some crucial errors to allow the Tigers to steal Game 2.

The Bulldogs started Rodney Blanchard in Game 3 and the junior responded. Blanchard scattered five hits in a 5-0 shutout. The impressive part of it was he didn’t walk anyone and went to a three-ball count on one hitter.

Gianelloni, William Dunn, Mason Zeringue and Blanchard had multi-hit games for Ascension Catholic in the series.

“Our starting pitching was outstanding all weekend and our defense played perfect two of the three games,” coach Todd Landry said. “Offensively, we hit the ball hard consistently through the weekend. Those ingredients allowed us to take the series.”

“All of the Division IV quarterfinals will be good series. We play a very good team in Sacred Heart — they play the game the right way,” Landry said.

The Bulldogs will host No. 6 seed Sacred Heart Ville Platte at 6 p.m. Thursday, May 3. The series will continue Saturday at 4 p.m. and 7 p.m. if needed.

Dutchtown came into its series as a underdog at the No. 23 seed against No. 7 seed Northshore. All the Griffins did was win 5-4 and 3-2.

Frank Miller, of Dutchtown, came up with a huge two-run double in the Griffins 3-2 win. Pitcher Jack Merrifield went the distance for the Griffins and stymied the bats of a really good Northshore team.

The Griffins swept the series and will play No. 2 Sam Houston on the road starting Friday.

Follow the coverage of the prep baseball playoffs in the sports section of The Advocate.

The Bulldogs, under coach Don Henry, advanced to the semis by beating Central Catholic Morgan City 11-3 in the quarterfinals.

Ascension Catholic ended the season with a record of 23-10.