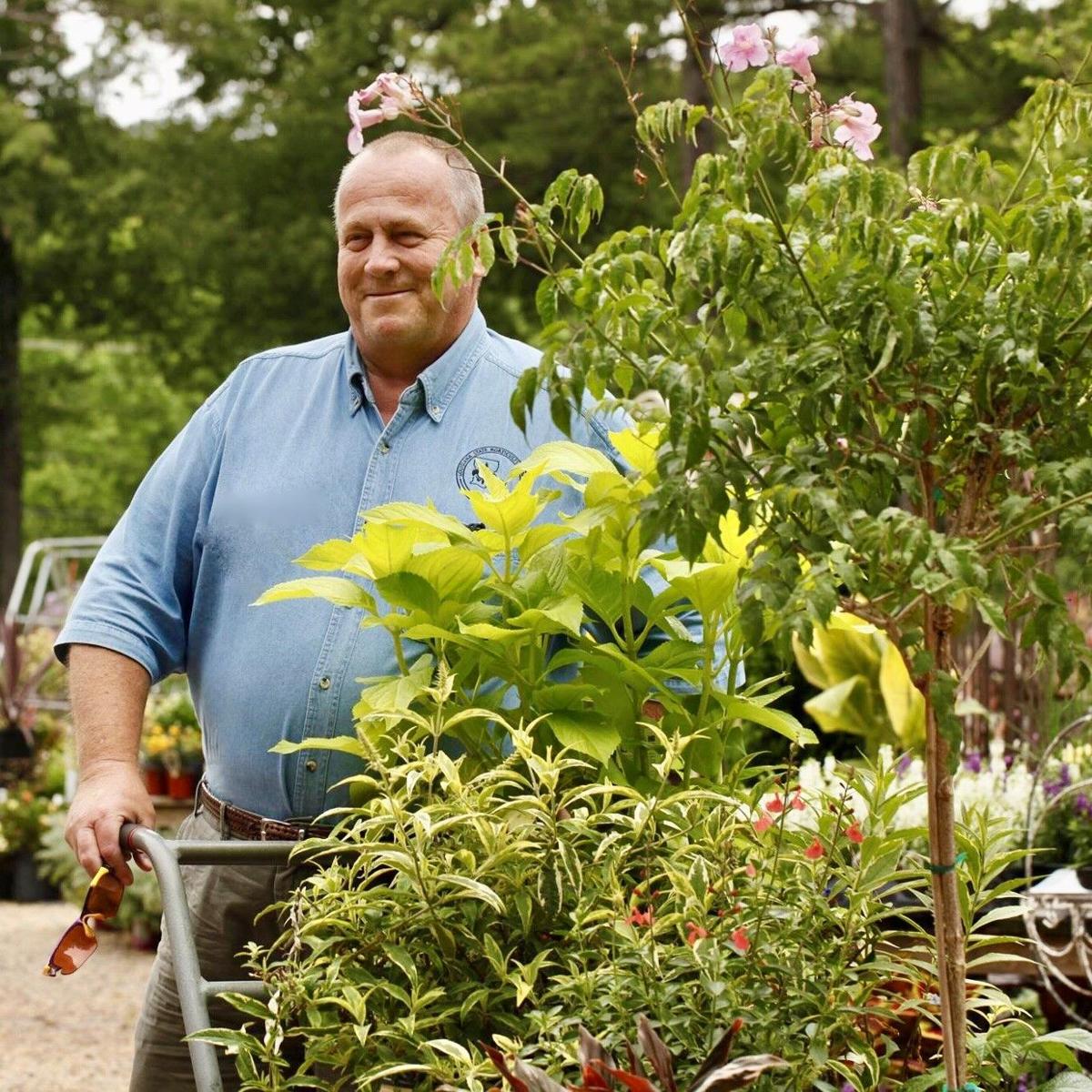 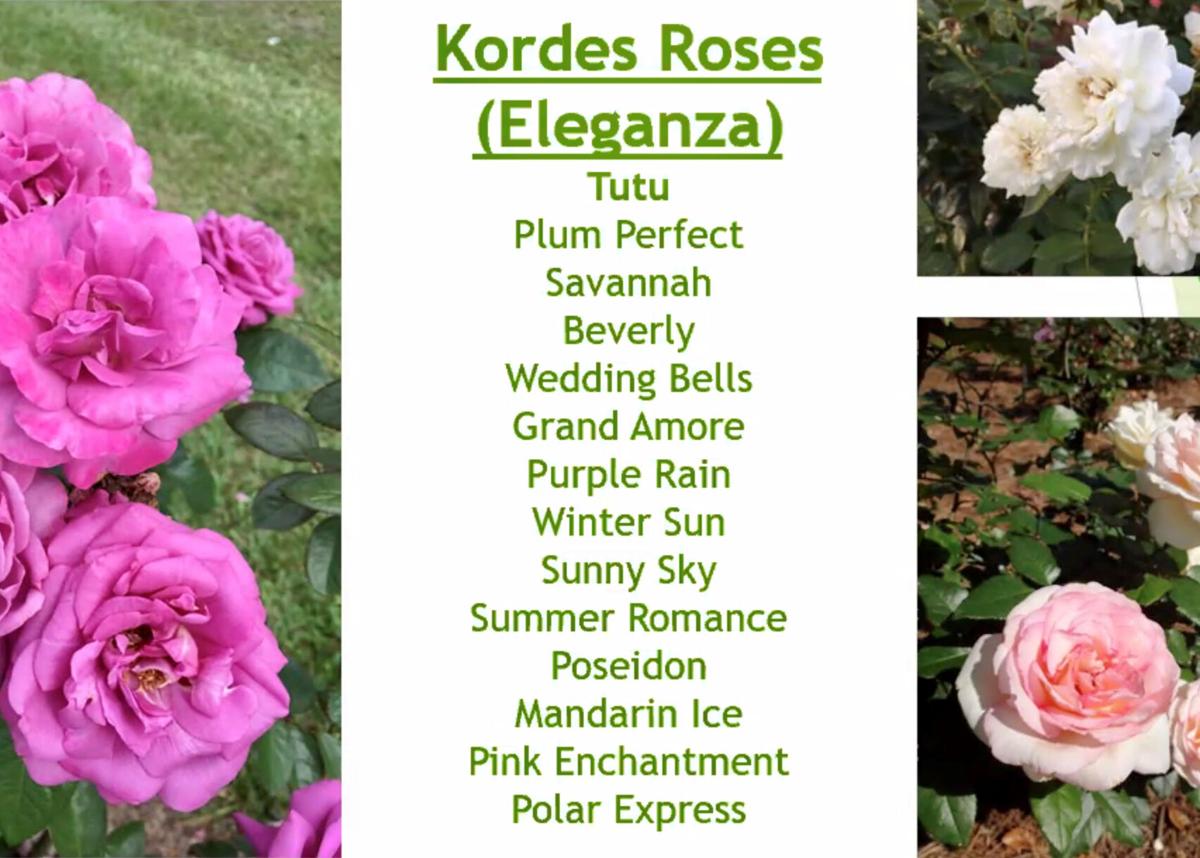 These Kordes roses are planted in one of the rose beds at the Botanic Gardens at Burden. Allen Owings presented this as part of his recent presentation to the Gonzales Garden Club. 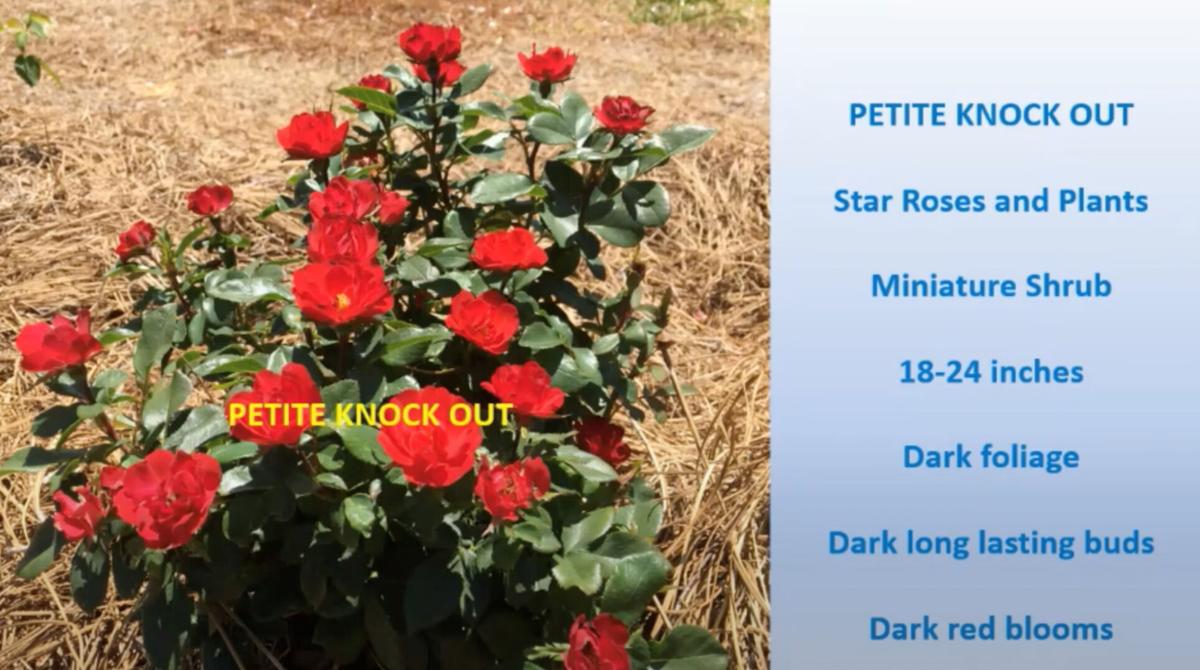 The new Knock Out rose for 2021 is this dwarf, Petite. It’s dark green foliage is disease-resistant; the deep red blooms last four to six weeks.

These Kordes roses are planted in one of the rose beds at the Botanic Gardens at Burden. Allen Owings presented this as part of his recent presentation to the Gonzales Garden Club.

The new Knock Out rose for 2021 is this dwarf, Petite. It’s dark green foliage is disease-resistant; the deep red blooms last four to six weeks.

Just in time for Valentine's Day, the Gonzales Garden Club talked about how to grow roses at its Feb. 3 virtual meeting.

The Gonzales Garden Club adjusted plans once again due to pandemic concerns and turned to the internet to host another monthly meeting. Vice President Mary Jo Pohlig facilitated the virtual meeting of members and a guest speaker.

Members recalled favorite memories of roses, all of which stemmed from loved ones. There was the indelible fragrance of a mother’s rosebush, the ongoing 50-year vigor of a grandmother’s antique rosebush, a sentimental bush propagated from a best friend’s cutting, and a mother sending her kindergarten daughter off to school with a single rose in hand for her teacher.

Plans were to meet at the Botanic Gardens at Burden for a presentation on roses, a tour of the rose beds, then lunch at a restaurant. The guest speaker, Allen Owings, agreed to join the club via Zoom to share his expertise. He has retired from LSU after serving as a professor of horticulture for 25 years and now works for Clegg’s Nursery in Baton Rouge and Bracy’s Nursery in Amite.

Owings has received state and national awards for his county extension work with nurseries, garden centers, landscapers, master gardeners and home gardeners. He ran the LSU AgCenter Hammond Research Station and directed the state's Super Plant Program. He is the past president of the Baton Rouge Rose Society and past Gulf District Director of the American Rose Society.

He recommended spacing bushes for proper aeration in a raised bed of 6.5 pH loam soil during the fall in a spot that receives eight hours of full sun daily all year long. Two inches of mulch should be applied along with slow-release fertilizer in late February/early March and again in late August/early September. Plants that stay too wet from overwatering or excessive rain will need fungicide treatment.

Insects, he said, are best controlled early in the spring. Neem oil and horticultural oil kill aphids; Spinosad kills thrips. Six- to eight-inch cuttings from healthy rose bushes can be propagated in a well-drained, loose medium with two nodes below the soil and one node above given daily misting or a humidity dome set in filtered sunlight. Two-thirds of the bush should be pruned away in late winter removing small twiggy wood and older unproductive canes. In late summer, one-third of the branches should be pruned away.

Horticulture hints for February include pruning roses and he recommended preparing beds for March plantings by removing dead plants and weeds. Owings had a pertinent garden hint. “You need to go to one garden center every week, every week of the year. We need to shop for plants. Even if you don’t buy plants, you need to look at plants.” Furthermore, “You husbands out there, if you would take your wife on a romantic walk down the garden center aisles, I’d bet you’d get some brownie points.”