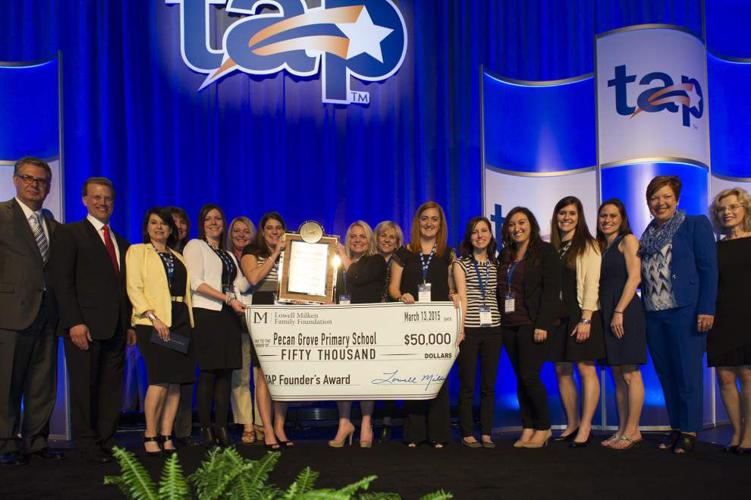 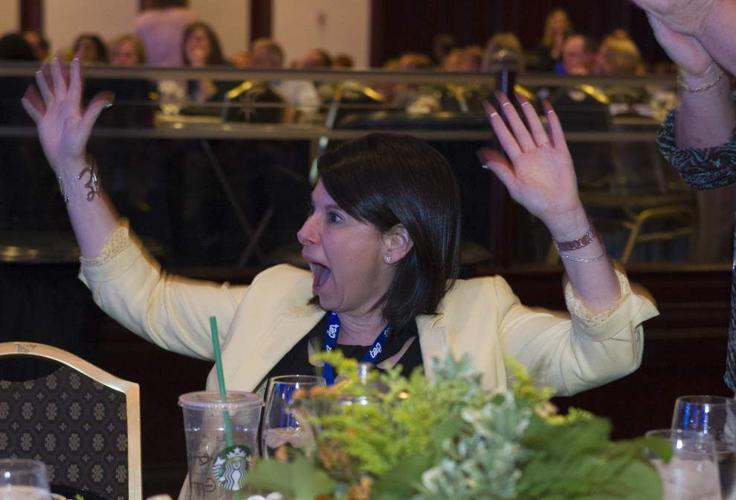 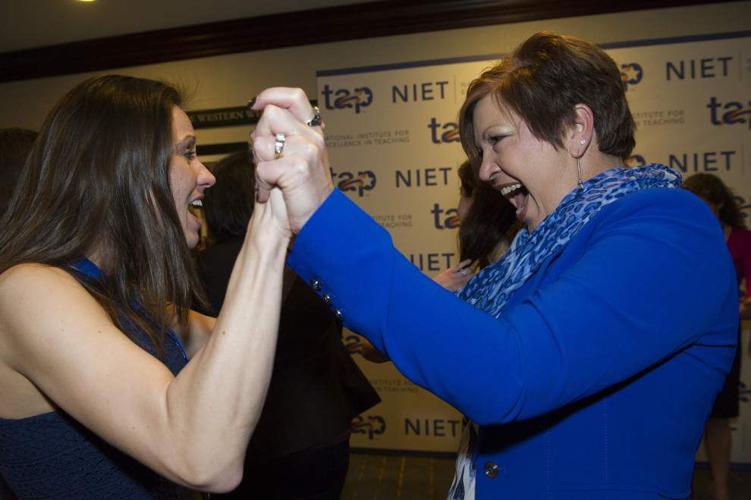 Pecan Grove Primary School’s celebration of a national award received Friday at a Los Angeles conference for the school’s highly touted TAP program has to wait because of this week’s standardized testing schedule.

Students and most teachers found out about the award, which comes with $50,000, when Principal Marjorie Meyers called to announce that her school had won the TAP Founder’s Award at a Los Angeles conference.

Funded by the Lowell Milken Family Foundation, the TAP Founder’s Award is given annually to one school for exceptional efforts to implement and represent the principles of TAP: The System for Teacher and Student Advancement, a news release from the conference said.

Meyers and an eight-member delegation from her school were in California to lead a workshop about their program. The program aligns teacher leadership, daily professional development, and opportunities for performance-based compensation.

“The faculty of Pecan Grove Primary are relentless in their pursuit of providing each student with the high-quality education necessary to succeed in an ever-changing world,” Milken said in presenting the award. “I commend Principal Meyers and her team for making educator effectiveness the centerpiece of achieving extraordinary growth at Pecan Grove, setting high expectations and building strong leadership capacity so that this growth can continue.”

Pecan Grove implemented the TAP System in the 2011-12 school year. As part of the program, teacher leaders guide weekly professional development and provide individual coaching in classrooms. Evaluations of teacher’s practices are followed by feedback and support. A performance-based compensation system rewards educators for adding skills and student development.

“Because of TAP, I have been able to create a pipeline of leaders that can support other teachers and students on campus,” Meyers said.

Meyers said she knew the school would be highlighted at the conference because a TAP film crew followed her around for three days in February, “but I had no idea we were going to win $50,000.”

The experience “has been a bit overwhelming” for Meyers, who returned to school Monday to begin standardized testing.

“When the announcement came, I literally walked out of my shoe and a stranger had to help me put it back on the way to the podium,” she said.

She credited her staff for dedicating hours to planning and implementing strategies designed to improve student performance.

“We haven’t really celebrated with the students and staff, but we will,” she said Monday.

She’s had little time to decide how to spend the money but she has some ideas.

At the top of her list is the need for additional technology at her school, which has about 570 students in prekindergarten through fifth grade.

She’s also thinking about using some of the money to hire an additional mentor teacher for the program.

The Pecan Grove delegation demonstrated one of its TAP meetings at the conference, and other Ascension Parish Schools were highlighted in workshops and sessions, Meyers said.

It wasn’t the first time Ascension Parish schools have been honored at the conference. Two years ago, Meyers said, the parish system was named a district of distinction for its efforts to use the TAP program to improve student achievement.

In 2011, Lowery Intermediate School in Donaldsonville was recognized for the school’s progress using a national pay-for-performance school reform model. Lowery was one of three schools in the nation to receive the TAP Ambassador award in 2011.

At the Friday and Saturday conference, Superintendent Patrice Pujol was part of a panel discussion on the program. Teachers from each of the parish’s TAP schools attended the conference, Pujol said.

Pujol said TAP has created a system of collaboration and support for teachers that then provides support for students. She said that in addition to aiding learning at the 10 TAP schools, non-TAP schools use successful strategies “that help our kids every day.”