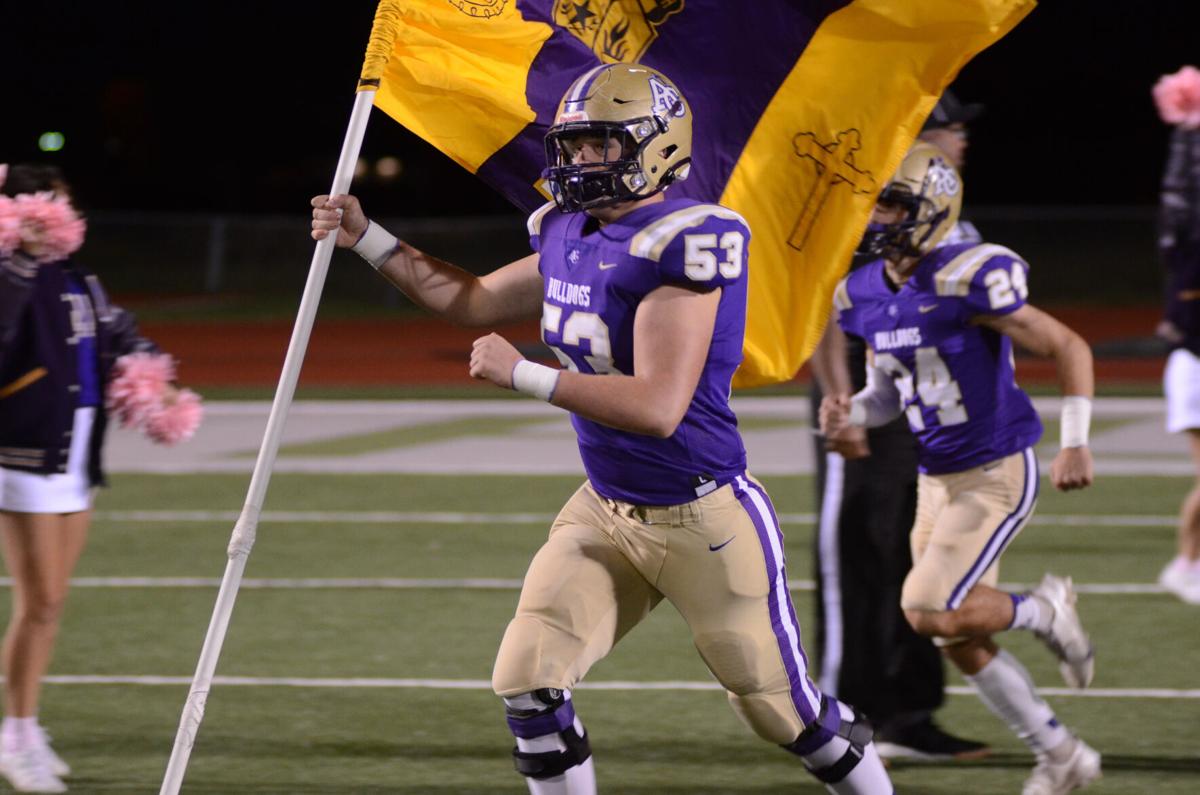 Ascension Catholic's Jacques Husers carries a school flag onto the field during a recent game. 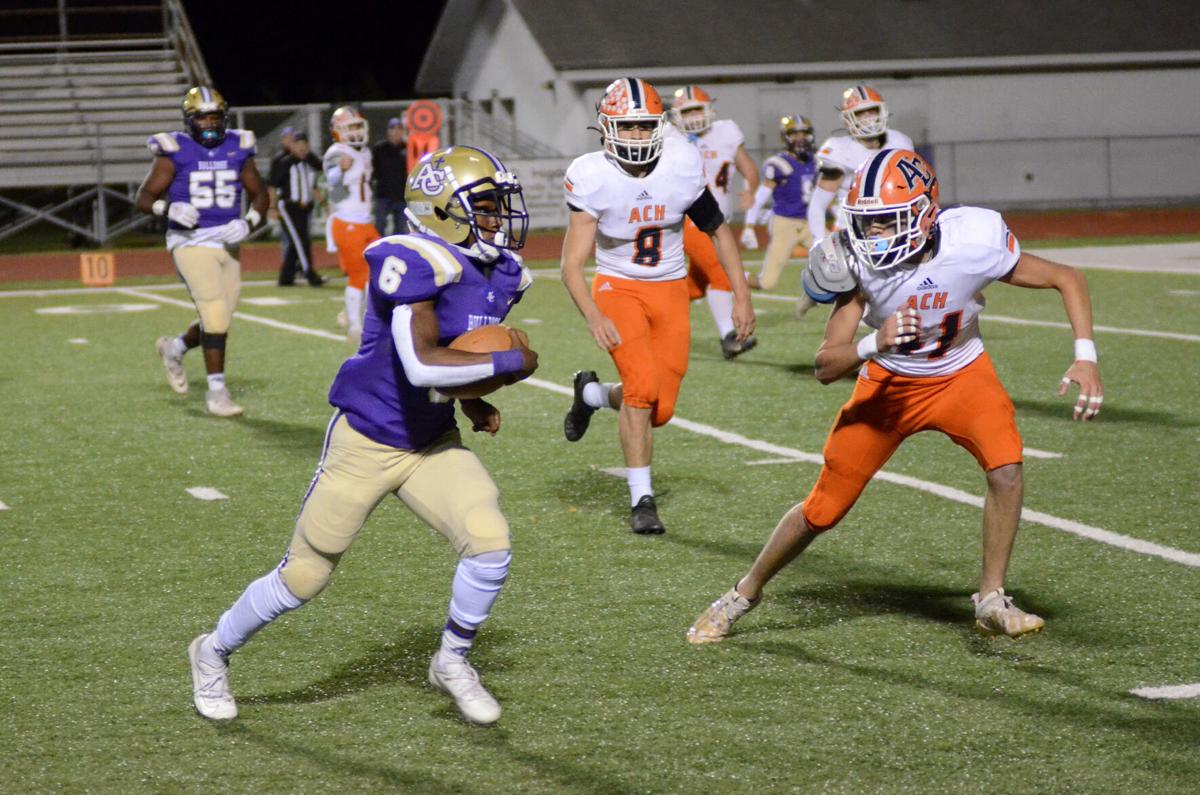 Ascension Catholic's Jacques Husers carries a school flag onto the field during a recent game.

The Ascension Catholic Bulldogs had a year to think about their surprising opening-round playoff loss to Cedar Creek last season, it certainly has fueled them for the 2021 season.

The Bulldogs will move on to face top-seeded Ouachita Christian in Monroe on Friday after advancing with a 41-36 win over Central Catholic of Morgan City on the road. The Bulldogs moved to 8-1 on the season.

“The kids certainly did not want to end their season like last year, they were locked in, and we knew it would be a tough game against a good program,” coach Chris Schexnayder said.

The teams were tied at 20 at the half, as neither team had much success stopping the other team. Central Catholic scored on their first play from scrimmage as running back Damondrick Blackburn went untouched for 70 yards and a 6-0 lead.

“We didn’t blink as a team after the score, you could see that we were determined to match the score and intensity,” Schexnayder said.

ACHS went on a nice drive ending with a 22-yard touchdown pass from quarterback Bryce Leonard to slotback Calvin Delone for a 7-6 lead. The Bulldogs did get a stop on the next possession by CCMC as defensive back Layton Melancon picked off a Caleb O’Con pass and returned into Eagle territory.

ACHS wasted no time to score as Leonard hooked up with his brother, Brooks, for a 38-yard touchdown. The play was a fake reverse and Leonard got behind the secondary for one of the most exciting plays of the night.

Leonard added a 13-yard touchdown run before the half. The third quarter went very fast as both teams forced punts on consecutive possessions. The fourth quarter was full of fireworks as the Bulldogs and Eagles combined for 37 points. ACHS took a 34-20 lead with back-to-back touchdown passes from Leonard to Delone.

Delone finished the night with six catches for 168 yards and four touchdowns. CCMC rallied with passing touchdowns from O’Con to Drew Rock to get within six points. CCMC attempted an onside kick, and it was recovered by the Bulldogs, they took a knee and advanced to the quarter-final round.

Bryce Leonard finished with 276 yards passing and 5 touchdown passes and a rushing touchdown. Linebacker Landon Szubinski had 16 tackles for ACHS and defensive linemen, Jacques Husers had 10 tackles and a sack. Linebacker Patrick Cancienne had 13 tackles, followed by Noah Robichaux with 10 and Travis Cedatol with 9 tackles. Lex Melancon had 6 tackles and was 5/6 on extra points. Brooks Leonard had five catches for 77 yards and a touchdown. It was a total team effort by the Bulldogs on the road.

“Several guys had big nights including Bryce (Leonard), Brooks (Leonard) and Calvin (Delone), our offensive and defensive lines played well, our linebackers were active, and the secondary made some plays. We are excited about moving on,” Schexnayder said.

ACHS will face a team in Ouachita Christian that is a regular in the D4 finals, something the Bulldogs are aware of. “We fully respect our opponent, they are a really good team that is well-coached, they will be at home, it will be a long road trip for us, but with all that being said, I am confident our guys will prepare hard this week and be ready to play, we look forward to having our fans support us,”, said. Schexnayder.

Around the parish playoffs wrap-up

Ascension Catholic won over Central Catholic of Morgan City 41-36 and will travel to face Ouachita Christian.

The Dutchtown Lady Griffins ended a successful season with a 3-1 quarterfinal loss to Southside at the State tournament in Lafayette. The Lady Griffins won 30 games this season.