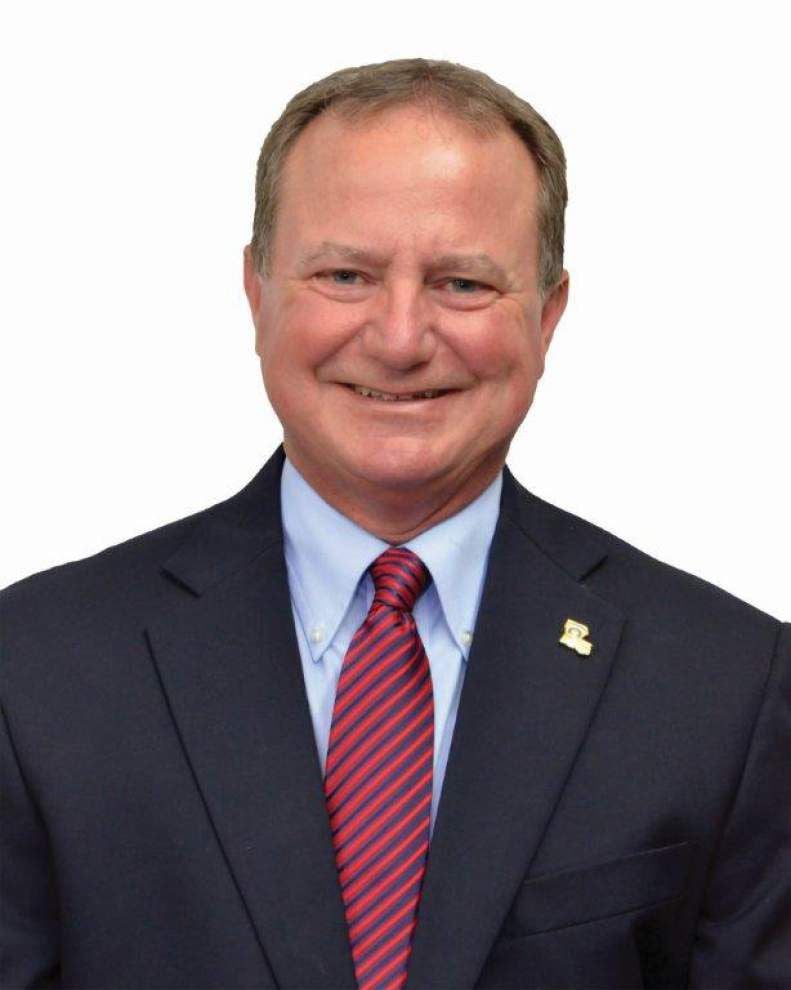 Bruce Prejean, the Assumption Parish sheriff's chief deputy, admitted to investigators that he had an intimate relationship with Judge Jessie LeBlanc, contradicting a claim he made last month that their long-standing friendship had always remained platonic, the sheriff said Tuesday.

Tyler Cavalier, spokesman for District Attorney Ricky Babin, said Tuesday prosecutors are examining the 500 to 600 cases for Prejean's level of direct involvement and whether that involvement could be considered potential exculpatory information that should have been disclosed to defendants.

In November, LeBlanc refused to sign a narcotics warrant because of her personal relationship with Prejean, prosecutors and deputies maintained.

LeBlanc disputed this recollection in a prepared comment to the media last month, but Falcon doubled-down on his own recollection that the judge personally told him that her "personal relationship" with Prejean was the reason for the recusal. Falcon said Tuesday he took a polygraph test on Jan. 7 that indicated he was not lying about his version of events.

"As I said then and reiterate now, there is no question as to what Judge LeBlanc disclosed to me during our conversation," the sheriff wrote in the statement Tuesday. "As such, in light of Judge LeBlanc's comments to the media, I thought it necessary to be as transparent as possible."

LeBlanc, of the three-parish 23rd Judicial District Court, took office in 2012 and previously served in the district as the court administrator and hearing officer. Ascension and St. James parishes are also part of the judicial district. LeBlanc is from Gonzales but has her main office in Napoleonville and important political ties to Assumption Parish.

Babin's office had previously sent letters to some 20 defendants after the judge initially refused to sign the warrant for a narcotics case. In the letters, prosecutors said LeBlanc cited a "personal relationship" with Prejean but said they did not know the nature or extent of the relationship or whether it would require her recusal.

Prosecutors' sole source for the judge's purported disclosure was the Sheriff's Office and issued the first round of letters to defendants after Falcon disclosed the situation to them.

In the judge's earlier statement last month to WBRZ, LeBlanc said the Sheriff's Office has it wrong. LeBlanc said she cited her relationship with an undercover agent who is a close relative of Prejean's. She said she had known the agent since a child and had written the agent a job recommendation that, she said, could present a conflict.

"I felt it necessary to clarify that my recusal in this matter stems from the fact that my prior employment recommendation for the undercover agent would be a conflict at future stages of the proceedings," she wrote then.

In another statement to WBRZ on Tuesday, she accused Prejean of being untruthful but declined further comment. In a later statement Tuesday night to The Advocate, Leblanc would not repeat that claim about Prejean but said she does "not deny that there was a close friendship."

She also added that she believes the sheriff's inquiry isn't treating her fairly when a "well known" romantic relationship that she alleges has been happening in the court system in Assumption wasn't being investigated.

"That is not being treated equally," LeBlanc said.

In the sheriff's statement Tuesday, Falcon disclosed that the change in Prejean's description of his relationship with LeBlanc came after he and his command staff continued to talk to him.

Prejean initially said they were "merely close friends and merely platonic," the sheriff said, but the sheriff and his staff continued to speak with Prejean due to LeBlanc's first statement to the media and "the potentially serious consequences of such a relationship," Falcon said.

"As a result of those continued discussions," Falcon added, "Chief Deputy Bruce Prejean disclosed that the personal relationship began while LeBlanc was a hearing officer and evolved into an intimate relationship after she became judge and lasted for a lengthy period into her judgeship. I have disclosed these facts to all agencies involved."

Prejean remains chief deputy. Falcon added that there would be "disciplinary action" at some point against Prejean and that it "will be handled internally.”

Prejean didn't return messages left Tuesday with two numbers online records say are associated with him. A message associated with a third number says the owner was not accepting calls Tuesday.

Falcon on Tuesday also further attempted to dispute LeBlanc's claim that it was unusual for undercover agents to put their names on narcotics warrants.

Under the law, judges review arrest warrants and determine if detectives have gathered enough information to have probable cause for an arrest.

LeBlanc said last month she doesn't ever recall seeing an undercover agent's name on other narcotics warrants but the one that prompted her recusal did have a name when it arrived on her desk in November.

"I felt it would be prudent to have another judge consider the warrant due to my concern regarding the unusual circumstance of identifying an undercover officer by name," her statement said then.

At the time of LeBlanc's statement, Falcon said his deputies were able to find within 10 minutes a warrant that LeBlanc signed and with the agent's name on it.

On Tuesday, Falcon provided a copy of a January 2017 arrest warrant that purported to have the agent's name and LeBlanc's signature on it.

The agent's name is redacted in the copy to protect the identity, Sheriff's Office says, but the written context of the document suggests an agent is being referenced in the warrant.

In her statement Tuesday, LeBlanc said she emphatically denied "ever, ever signing any document" for the undercover agent and the one time she was presented a warrant with the agent's name and Prejean's, she refused to sign it.

"I did the right thing, the ethical thing by not signing it," she said.

Despite those connections earlier in her career, LeBlanc has issued several tough rulings against Babin's prosecutors in Ascension and St. James parishes.

The ruling applied to Gravois' case only. LeBlanc threw out his charges, though an appellate panel later reinstated them but upheld the misconduct finding.

Prosecutors later accused her of bias. She withdrew from the case but disputed the bias claims.