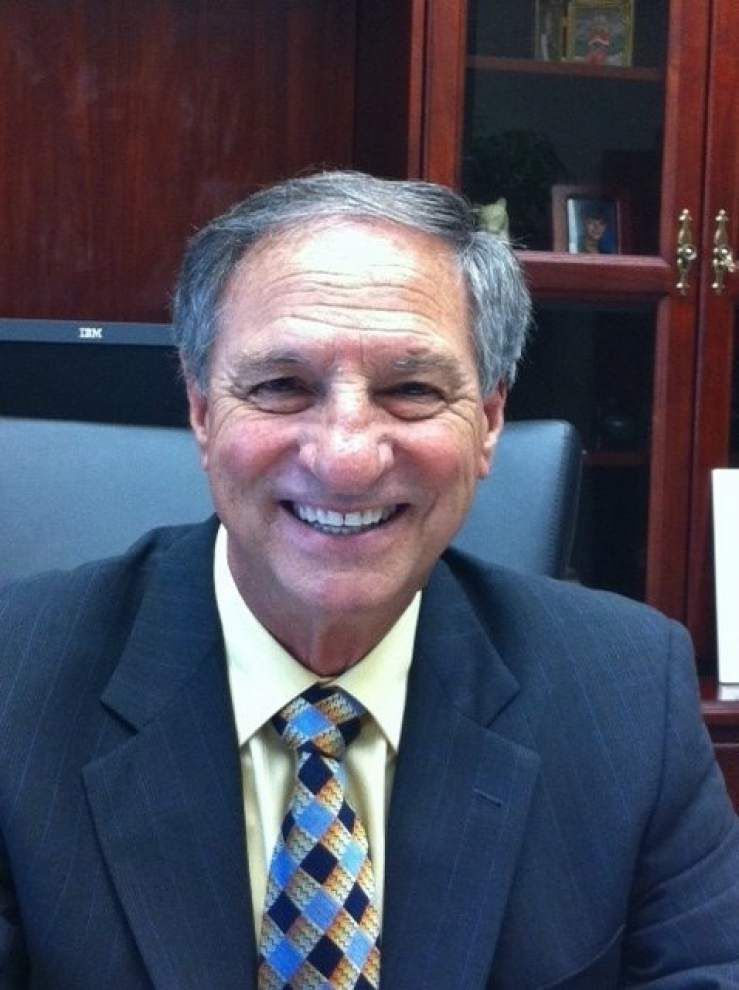 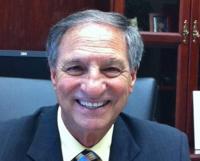 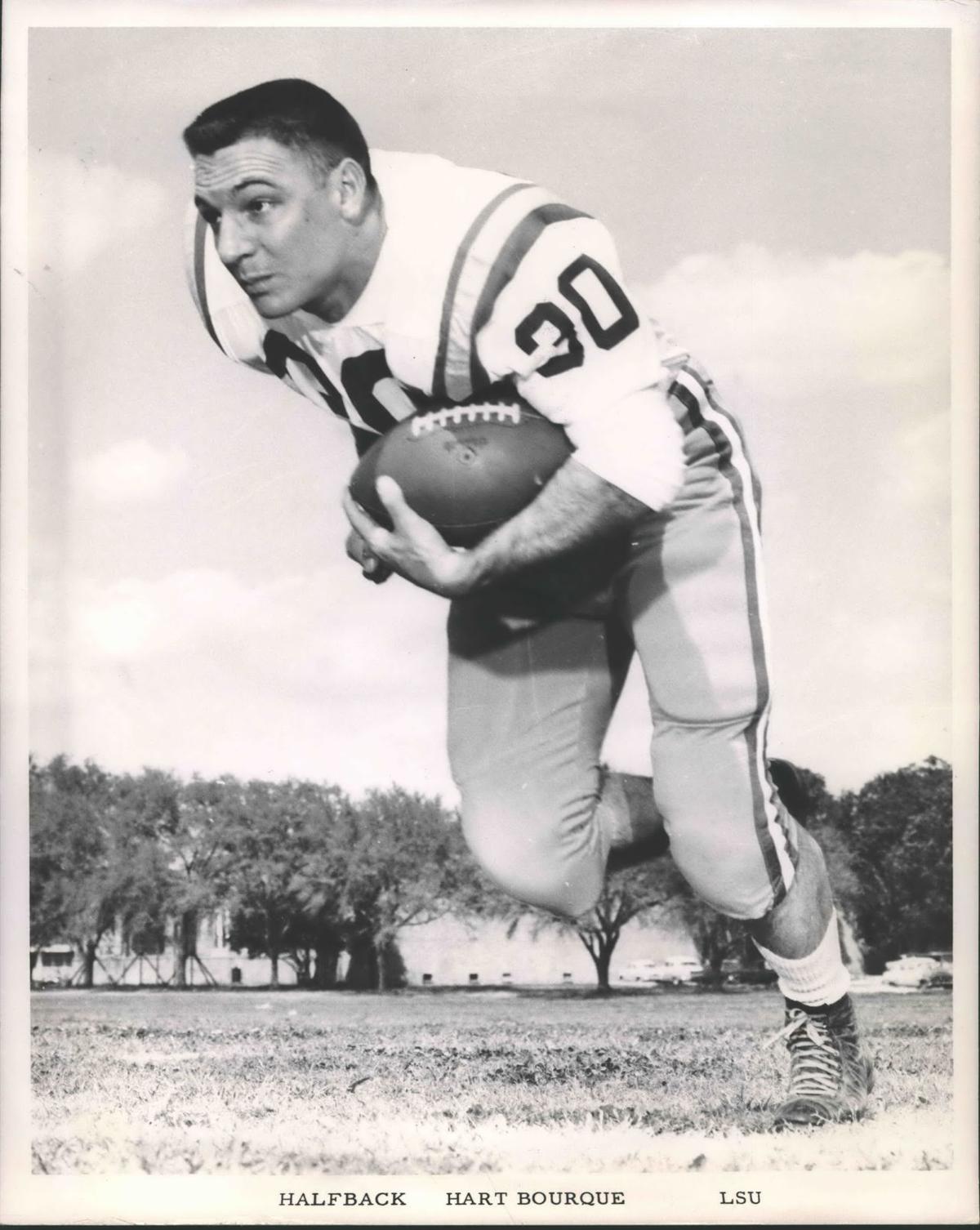 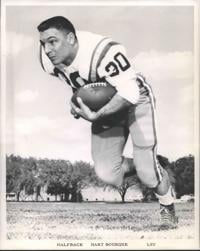 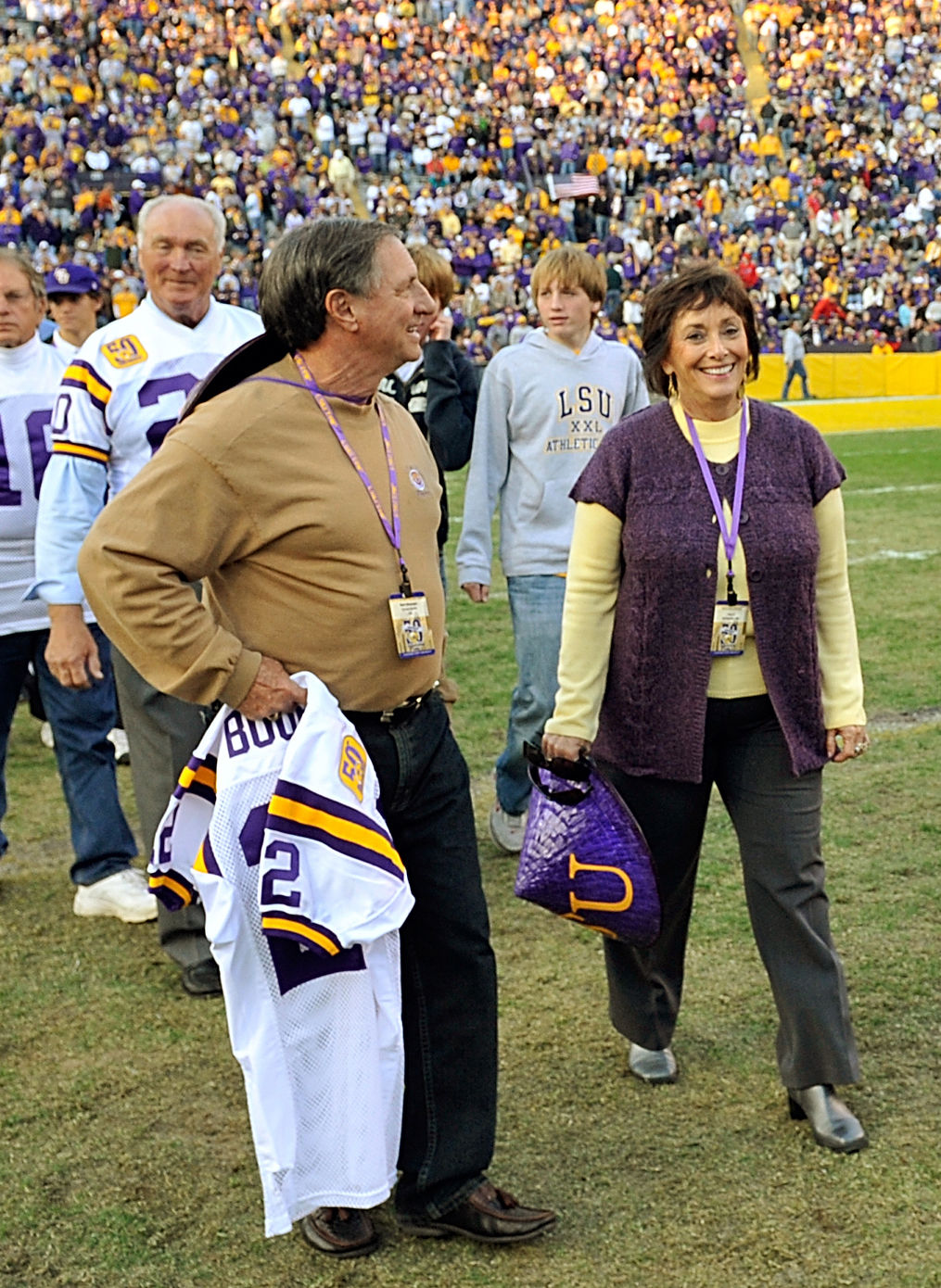 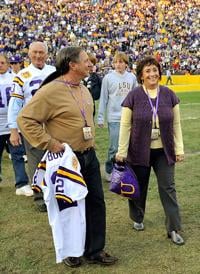 Hart Bourque and his wife, Rita Bourque, and then Billy Cannon (20) are honored at halftime Saturday Nov. 22, 2008, in Baton Rouge, La. 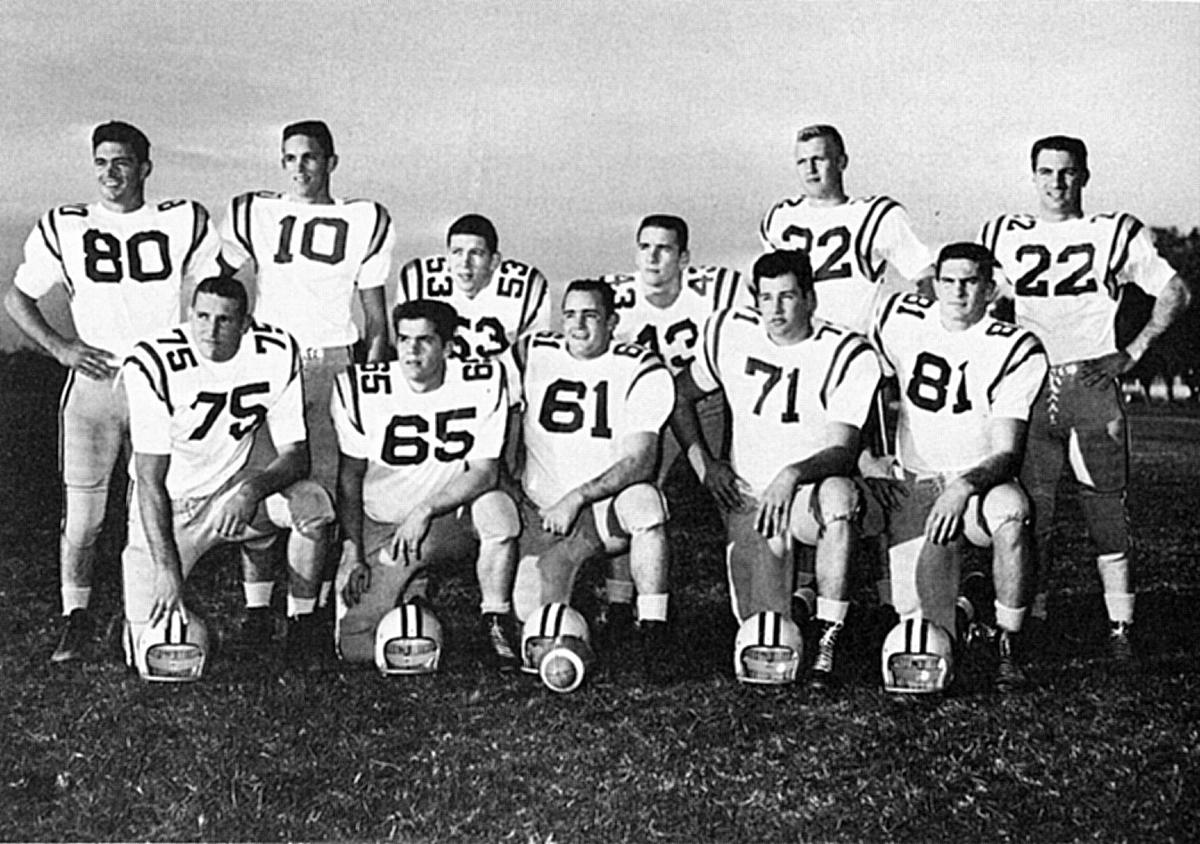 Hart Bourque and his wife, Rita Bourque, and then Billy Cannon (20) are honored at halftime Saturday Nov. 22, 2008, in Baton Rouge, La.

Kermit "Hart" Bourque, one of the state's longest serving clerks of court and a member of LSU's 1958 national championship football team, died early Tuesday after an extended illness.

Bourque, 81, of Gonzales, was Ascension Parish clerk of court for nearly 51 years, retiring in his 13th term in early 2015.

Before his political career, Bourque, at 5-foot 8-inches-tall and 165 pounds, played cornerback for the Chinese Bandits while at LSU. The Chinese Bandits were a defensive platoon on coach Paul Dietzel's championship team that was made up of younger players known less for their pure talent and experience than their tenacity and big play ability.

A regular presence around the courthouse and in the Gonzales community up until the last few years, Bourque was the longtime public address announcer for football games at East Ascension High School and a bingo caller in addition to being clerk of court.

"He was really community-minded and oriented toward doing things like that," Rita Bourque, Hart Bourque's widow, said Tuesday.

After he stepped down as clerk, Bourque worked a few more years as a bailiff at the parish courthouse and could often be seen at the entrance of the Gonzales annex's main bank of courtrooms.

He also was an avid storyteller, both about football and local politics, and a stop at his civil records building in Gonzales could result in some of the latest chatter from the political scene, in addition to a batch of court records.

While Hart Bourque had deep ties in Gonzales, Rita Bourque said, he also loved to travel and see Broadway shows.

Bourque said her husband had suffered with dementia in his last years and his health had declined, but members of the old Chinese Bandits maintained contact through it all.

"All the time he was sick, they kept in touch and visited him often," she said.

For a generation of political leaders in Ascension, Hart Bourque, a lifelong Democrat, was often seen as the older mentor and the steady hand on a well-run government office that didn't use public debt to make additions but built up reserves from fees and other sources to pay with cash.

In an interview with The Advocate in early 2015, when Bourque retired, Republican state Rep. Johnny Berthelot, who was previously the longtime mayor of Gonzales, described Bourque just that way.

“He’s just the type of guy you want to grow up to be like,” Berthelot said at the time.

Bridget Hanna, the current Republican clerk of court and Bourque's longtime deputy who took over after he retired, credits him for hiring her as young person, uncertain about her future career.

Hanna said he taught her everything she knows about operating a clerk of court's office and politics in general. With his years of mentoring, she said, she became the parish's first female clerk of court.

"I'll always be grateful for that. He was just a really good person and a great boss," she said.

Still, Bourque was often one to shift the credit to others. During his time in office, he faced opposition only three times, counting his first election, he once said.

Upon his reelection to his 13th term in 2011 without opposition, Bourque was asked how he was able to keep doing that. His answer was his hardworking staff.

“I just think people understand we’re doing a good job for them, and they appreciate it,” Bourque said at the time.

In addition to his wife, Bourque is survived by four sons, three stepdaughters and numerous grandchildren and great-grandchildren.

Visitation is Thursday from 5 p.m. to 9 p.m. at Ourso Funeral Home in Gonzales. Visitation on Friday is from 9 a.m. until a Mass of Christian Burial at 11 a.m. at St. Theresa Catholic Church.

He made his name as one of LSU’s legendary “Chinese Bandits” and his career as one of the longest-serving clerks of court in Louisiana.