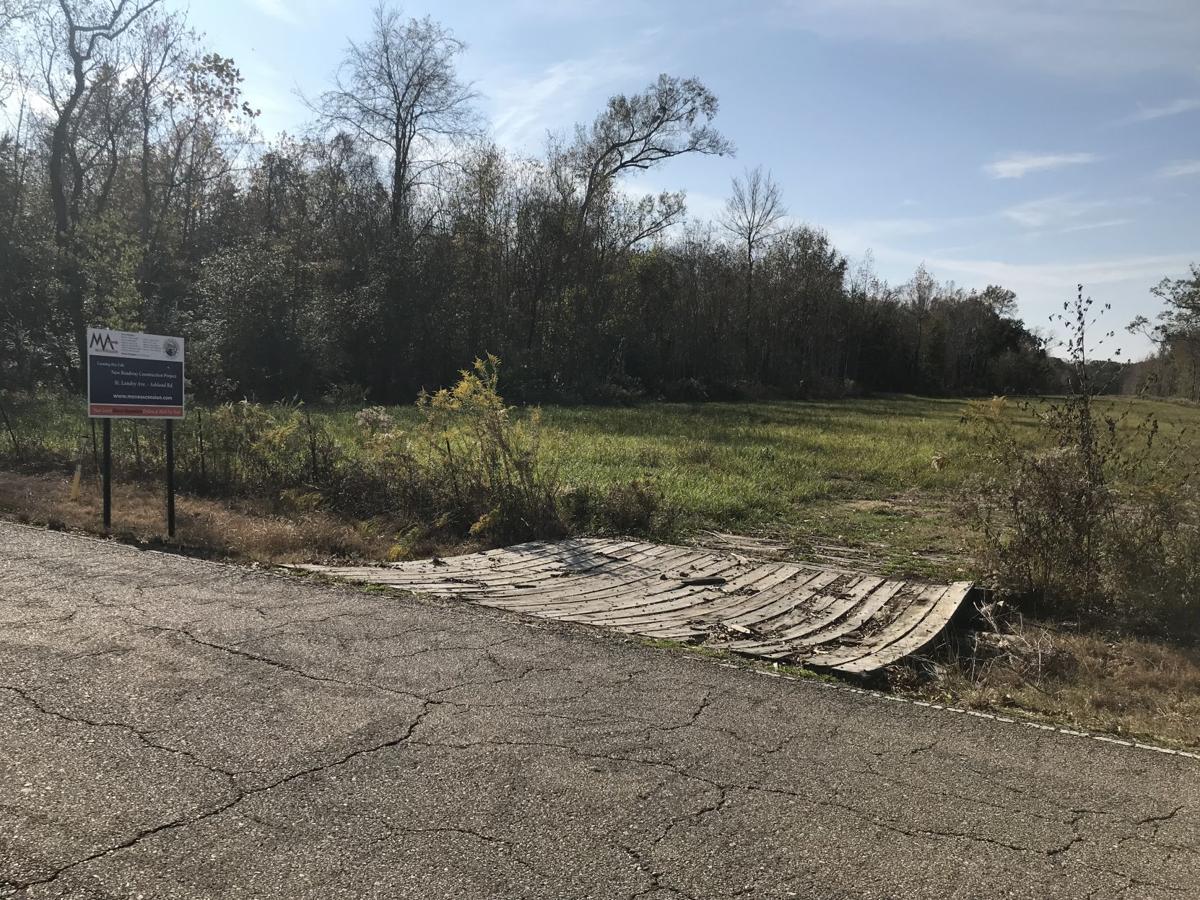 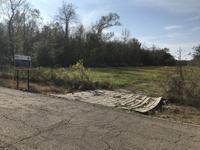 The path for a future half-mile road linking South St. Landry Avenue with Ashland Road stands cleared and ready for construction Friday, Nov. 29, 2019, southeast of Gonzales. Construction bids were recently approved for the road work, and the future road will be the last piece to link Ashland and La. 44 and funnel chemical plant commuter traffic off La. 30. 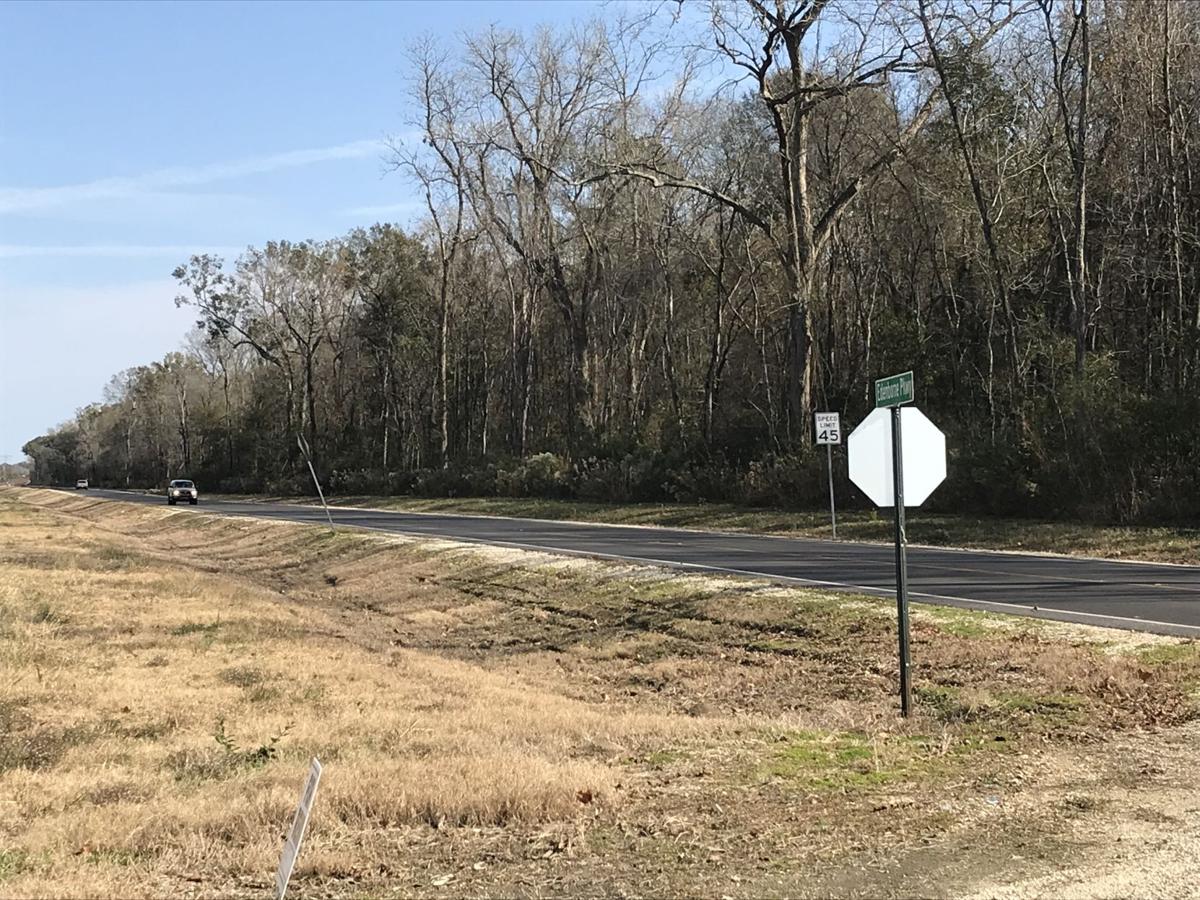 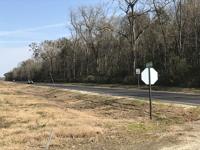 A sport utility vehicle heads toward the intersection of Edenborne Parkway and South St. Landry Avenue next to Lamar-Dixon Expo Center near Gonzales on Friday, Nov. 29, 2019. Edenborne, South St. Landry and a future connector to Ashland Road are envisioned as forming a back route linking La. 44 with Mississippi River chemical plants, allowing workers to avoid La. 30.

The path for a future half-mile road linking South St. Landry Avenue with Ashland Road stands cleared and ready for construction Friday, Nov. 29, 2019, southeast of Gonzales. Construction bids were recently approved for the road work, and the future road will be the last piece to link Ashland and La. 44 and funnel chemical plant commuter traffic off La. 30.

A sport utility vehicle heads toward the intersection of Edenborne Parkway and South St. Landry Avenue next to Lamar-Dixon Expo Center near Gonzales on Friday, Nov. 29, 2019. Edenborne, South St. Landry and a future connector to Ashland Road are envisioned as forming a back route linking La. 44 with Mississippi River chemical plants, allowing workers to avoid La. 30.

GONZALES — An economic development district proposed around the Lamar-Dixon Expo Center and some of its key access roads would allow Ascension Parish government to levy new sales and property taxes in that area without voter approval.

Outgoing Parish President Kenny Matassa and other parish officials said the proposed district and future revenue stream are under development to recoup millions of dollars the parish has spent and will spend on new roads around Lamar-Dixon and to support the parish-owned multi-use facility near Gonzales.

The planned district, which hasn't been formally laid out but has been displayed in a tentative, hand-drawn map, would encompass the parish government-owned Lamar-Dixon facility, a narrow band of land along the parish-built portion of Edenborne Parkway and land where the future, half-mile Ashland-St. Landry connector road is planned.

The Parish Council recently agreed to hire the Butler Snow law firm to draw up the proposed ordinance under the same state law that allows the tax-increment financing districts that support the Bass Pro Shops and Cabela's projects in Denham Springs and Gonzales.

Though the concept is several months of votes and meetings from being finalized, the Parish Council would have the authority to levy up to a 2% sales tax, a 5-mill property tax or both within the district once created, parish officials said.

Parish officials said they expect that once the last link between Ashland and La. 44 is built, new commercial growth will sprout in that area, fueling sales and property tax revenue in the planned district.

When will construction start on new road connecting I-10 to Ascension plants? Soon

"This is just a build-and-they-will-come-type deal, so we think when that road is there, that's going to create economic opportunity," said William Daniel, parish infrastructure director.

Concessions sales for events held at Lamar-Dixon would also have the extra sales tax, parish officials have said.

Daniel added that Matassa believes that after building the access roads, the parish should share in some of the economic opportunity those new roads will create.

Matassa has been unable to convince area chemical plants, whose workers would benefit from the new roads, to provide money to help with construction.

Matassa has separately told the Parish Council that the district also will provide added revenue to support maintenance of Lamar-Dixon, a 247-acre complex of equestrian, cattle and events buildings that has limited annual dedicated revenue in addition to money it makes from operations.

"I'm just looking at the long term of things," Matassa told the council earlier this month. "We have no other additional money that we're going to pump into Lamar-Dixon to fix things and stuff like that. It was just a way to generate some funds to keep things going."

Lamar-Dixon took a $1.54 million loss in 2018, though it still had healthy reserves, the latest annual audit says.

Since the last term of former Parish President Tommy Martinez, parish officials have had the vision of linking La. 44 with Ashland — a main entry and exit point for workers in chemical plants in the Geismar area — as a way of lessening traffic on congested La. 30 and providing better access to Lamar-Dixon.

The parish finished a one-mile extension of Edenborne Parkway in October 2018 and plans to start construction of the half-mile-long Ashland-St. Landry connector in January or February, according to the Move Ascension website.

The Edenborne Parkway cost $2.5 million to build, but the parish spent at least another $1.2 million on design and other preliminary work.

The parish also plans to spend several hundred thousand more dollars resurfacing South St. Landry Avenue, the road that passes in front of Lamar-Dixon and will tie Edenborne with the Ashland-St. Landry connector.

Carmen Lavergne, a lawyer with Butler Snow, told the Parish Council earlier this month that the parish can create the economic development district and levy the taxes without a public vote as long as there are no voters living in the district.

"Under Louisiana law, the only way you have a right to vote on things like this is to reside in the area and you don't vote solely by owning property, so they would have to live there," Lavergne said.

All of the private land proposed for the district outside Lamar-Dixon's confines is vacant and held by a handful of landowners, according to maps and assessment records.

Lavergne said the landowners' only recourse on the proposed taxes would be to speak out in coming public hearings.

Some of the landowners didn't return a message for comment Friday or, living out of state, declined to comment without speaking to their attorney first.

Marguerite LeBlanc, 83, of the Gonzales area, holds nearly 42 acres of family land along Edenborne once used to graze cattle. She said she didn't know about the district.

While she said she is happy with the new Edenborne Parkway along her land, she said she would have to give the economic development district and its potential new taxes some thought.

"I want to have some say into taxes on my land whether I live on it or not," LeBlanc said.

Councilman Travis Turner, a lawyer who represents the area, said the parish administration hadn't informed him about the proposed district, though he missed a meeting where it was discussed earlier this month due to a trial.

"I have a problem with it being in my district, and they didn't bring it to me before they put in on the (council) agenda," he said.

Parish officials don't have an estimate of how much the district could generate, but council members have been informed they would retain the ability to adjust the tax levels by ordinance.