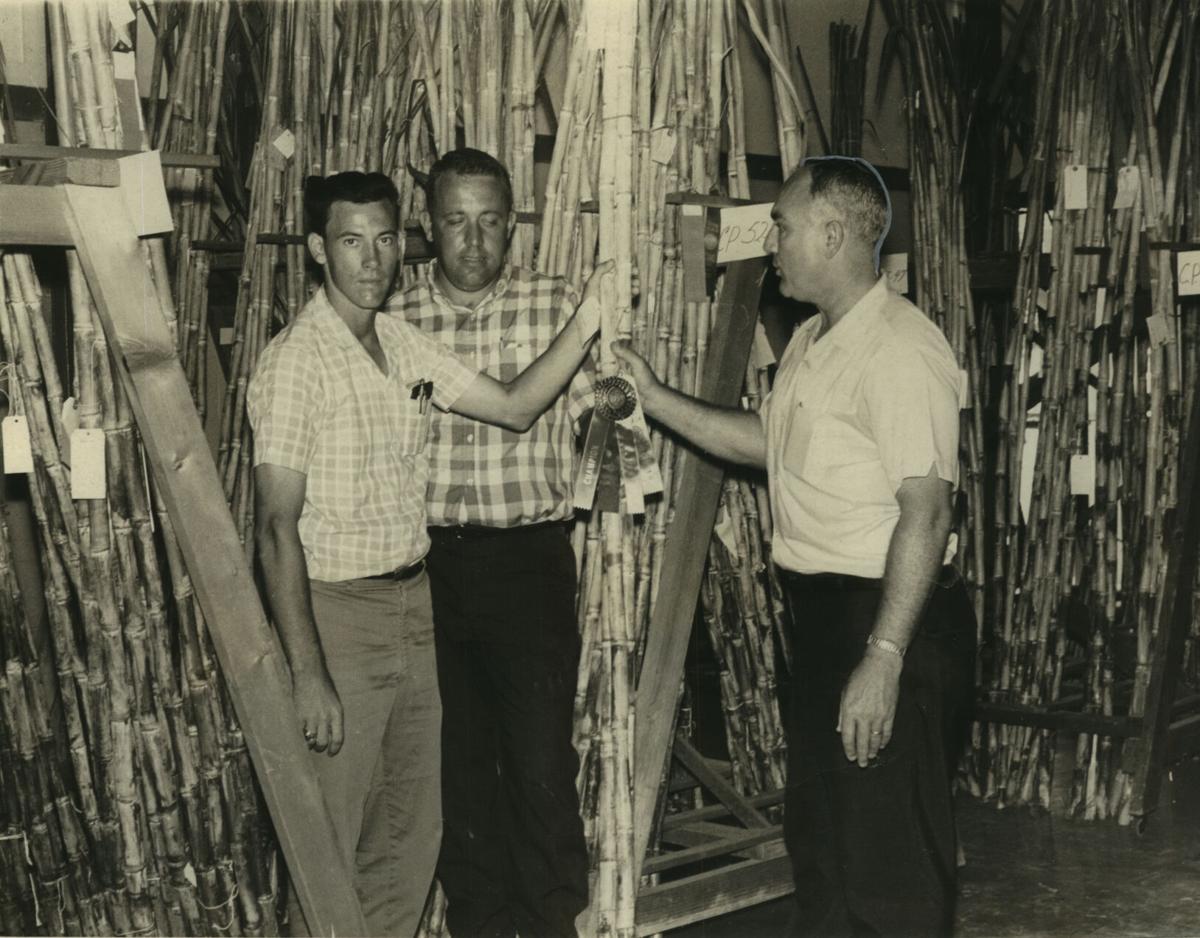 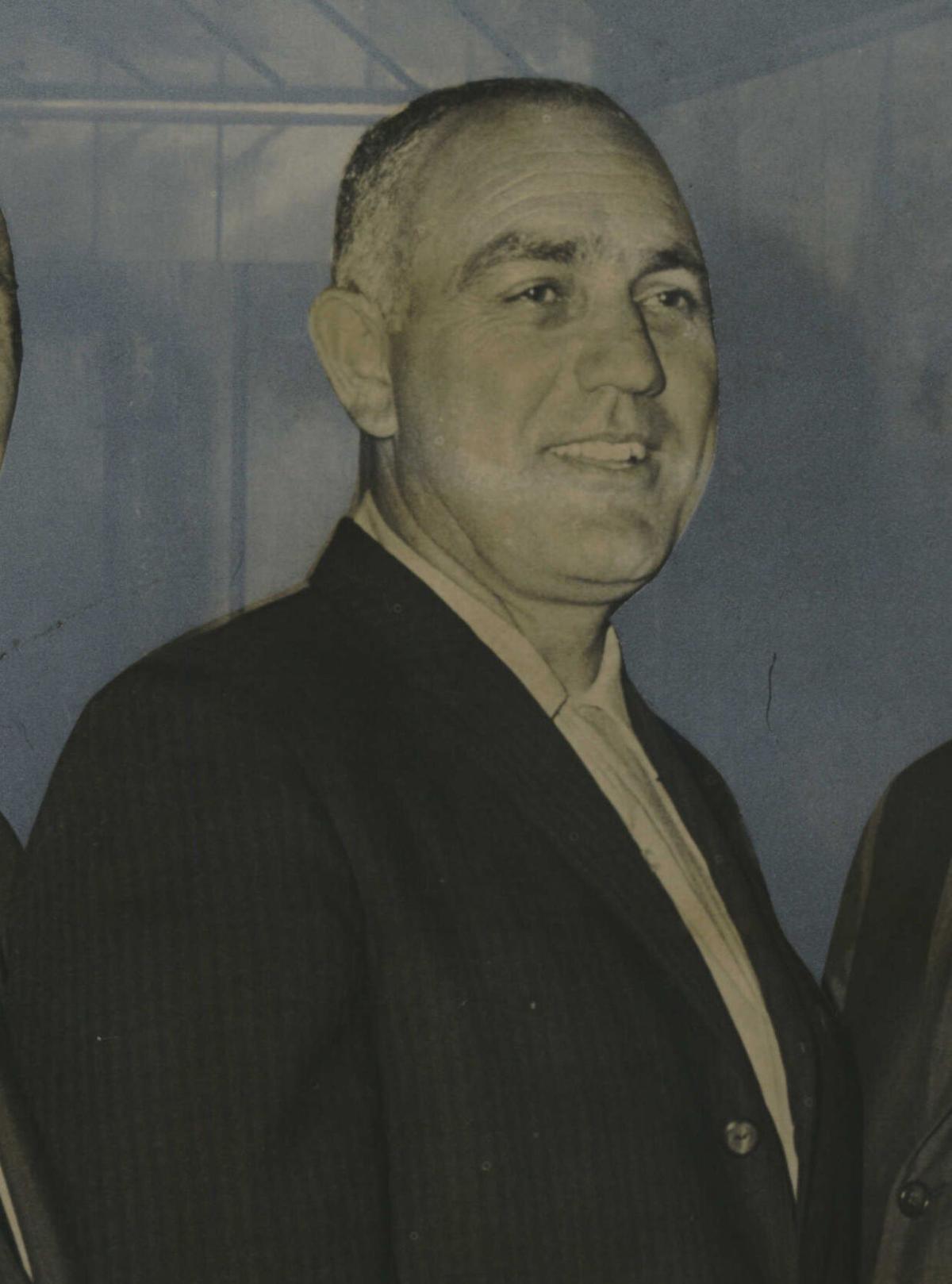 Denver T. Loupe was posthumously inducted into the National 4-H Hall of Fame on Oct. 14 for his lifetime achievements and contributions to 4-H, a news release reported.

Honored by LSU and the Louisiana 4-H Youth Development Program, Loupe was one of 16 people inducted during the ceremony held at the Kellogg Conference Hotel at Gallaudet University in Washington, D.C. Stephenie Teichman, of The Hills, Texas, Loupe's daughter, accepted the recognition.

The National 4-H Hall of Fame honorees are nominated by their home states, National 4-H Council, the National Association of Extension 4-H Youth Development Professionals, or the Division of Youth and 4-H, United States Department of Agriculture/National Institute of Food and Agriculture based upon their exceptional leadership at the local, state, national and international levels.

Loupe, an internationally renowned sugar cane specialist and advocate for 4-H, died July 8, 2019, at the age of 92. He devoted his life’s work to 4-H and the LSU AgCenter.

Loupe grew up on a sugar cane farm in rural Ascension Parish and began his 4-H career as a member of the Ascension Parish 4-H Club, becoming the first president of his parish’s executive committee. In that role, he organized a parish committee to sell war bonds during World War II, contributing to $3.5 million raised in Louisiana.

After serving in the U.S. Navy, Loupe completed a bachelor's in science degree in vocational agriculture at LSU. His career began as a high school teacher, but he soon became the St. James county agent and later the state’s sugar cane specialist. After earning a master's degree in agricultural extension education and a doctorate in botany and plant pathology, he was appointed plant science division leader. From 1978-93, Loupe served as vice chancellor of the LSU AgCenter and director of the Cooperative Extension Service, completing 41 years of service with the LSU AgCenter. During his service, Loupe served as secretary, vice chairman and chairman of Southern Region Extension Directors. He was a member of the National Extension Committee on Organization and Policy.

Throughout his tenure, he maintained a hands-on approach to the 4-H program.

He served as a trustee of National 4-H Council and the Louisiana 4-H Foundation.

Ann Keene, a longtime 4-H volunteer, said Loupe asked her to step out of her comfort zone by becoming a voice for 4-H with the School Board, at staff meetings and on the initial curriculum development committee. "In essence, a lot of who I am today is because of Dr. Loupe,” she said.

For years, he oversaw the Plant Science Contest at LA4-H Short Course. He instituted the 4-H sugar cane records contest and secured a sponsor for the award.

During his time as vice chancellor and director of the AgCenter, he provided support and guidance as well as financial assistance for the establishment of the Louisiana 4-H Foundation. As director, he improved the structure of the livestock advisory process. He obtained a $50,000 donation from the Louisiana Seafood Board for seafood cookery contests and recognition. He insisted on providing enough funding to ensure that at least two 4-H agents worked in each parish. He expanded the policy for allowing 4-H agents time and travel funds for the state’s annual meeting and other regional and national conferences.

He worked closely with the Louisiana Board of Elementary and Secondary School, the governing board for public schools in Louisiana, to make 4-H co-curricular. This policy continues to ensure that 4-H clubs statewide operate within the school system.

He recognized the benefit to 4-H of being budgeted by the Legislature and provided opportunities for 4-H personnel to make presentations to legislative committees as well as the LSU Board of Supervisors. He requested and obtained annual support for educational trips from the American Society of Sugarcane Technologists. He delivered funds for renovations, including a new kitchen and meeting areas, for the Grant Walker Educational Center, which is home to 4-H Summer Camp and other 4-H leadership programs throughout the year.

Following retirement, Loupe and his wife established the Denver and Ferne Loupe Team Award, which is presented annually by the LSU AgCenter and College of Agriculture to recognize outstanding performance by a team.

They funded the Denver and Ferne Loupe Fellowship, which provided funds for agents to work toward a doctorate while employed by the extension center. This fellowship has benefitted many agents and specialists working for 4-H, including Vice Chancellor Emeritus Paul Coreil.

Loupe was a community servant making significant contributions to 22 professional and community organizations. As a WWII veteran and member of LSU’s American Legion, Loupe established a fund for World War II Liberty Ship preservation. He was a charter member of St. Aloysius Church in Baton Rouge and an avid Mardi Gras krewe member.