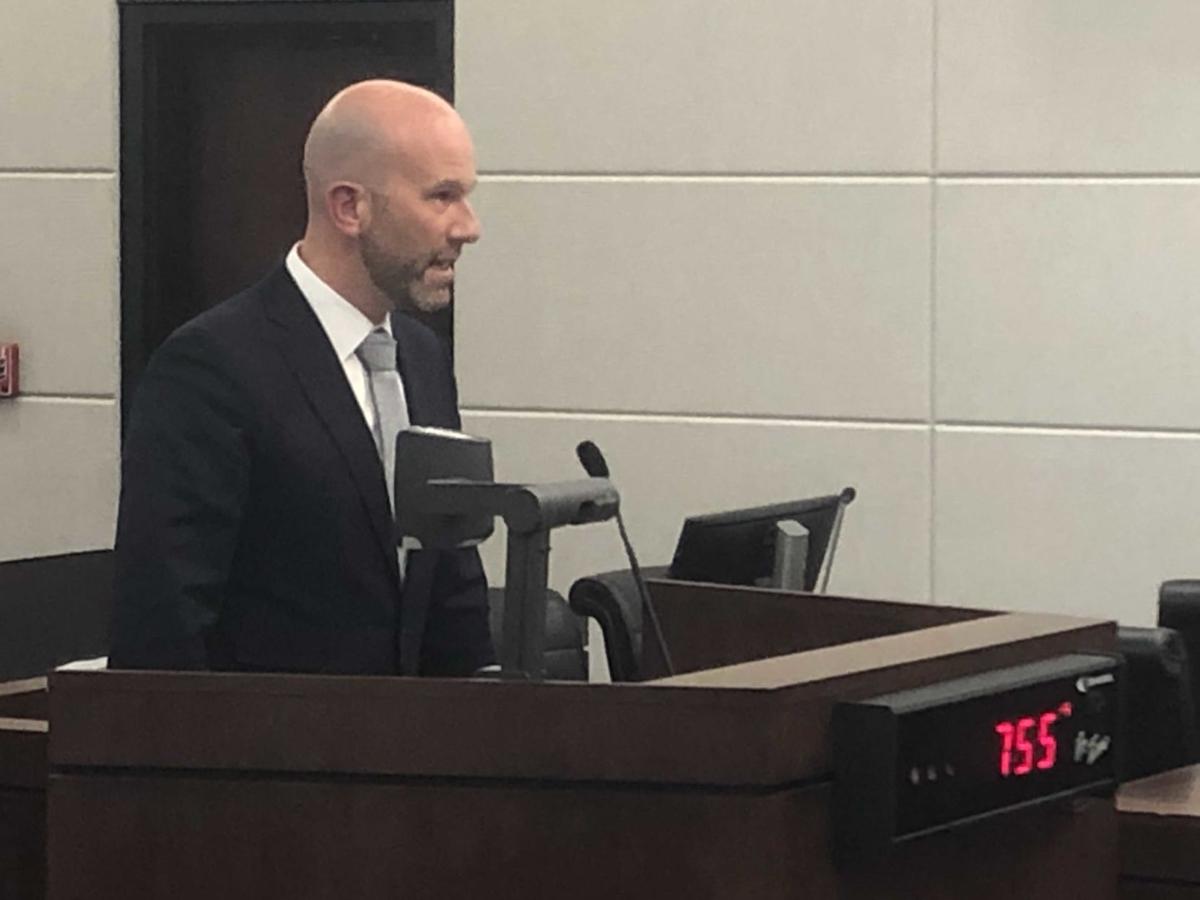 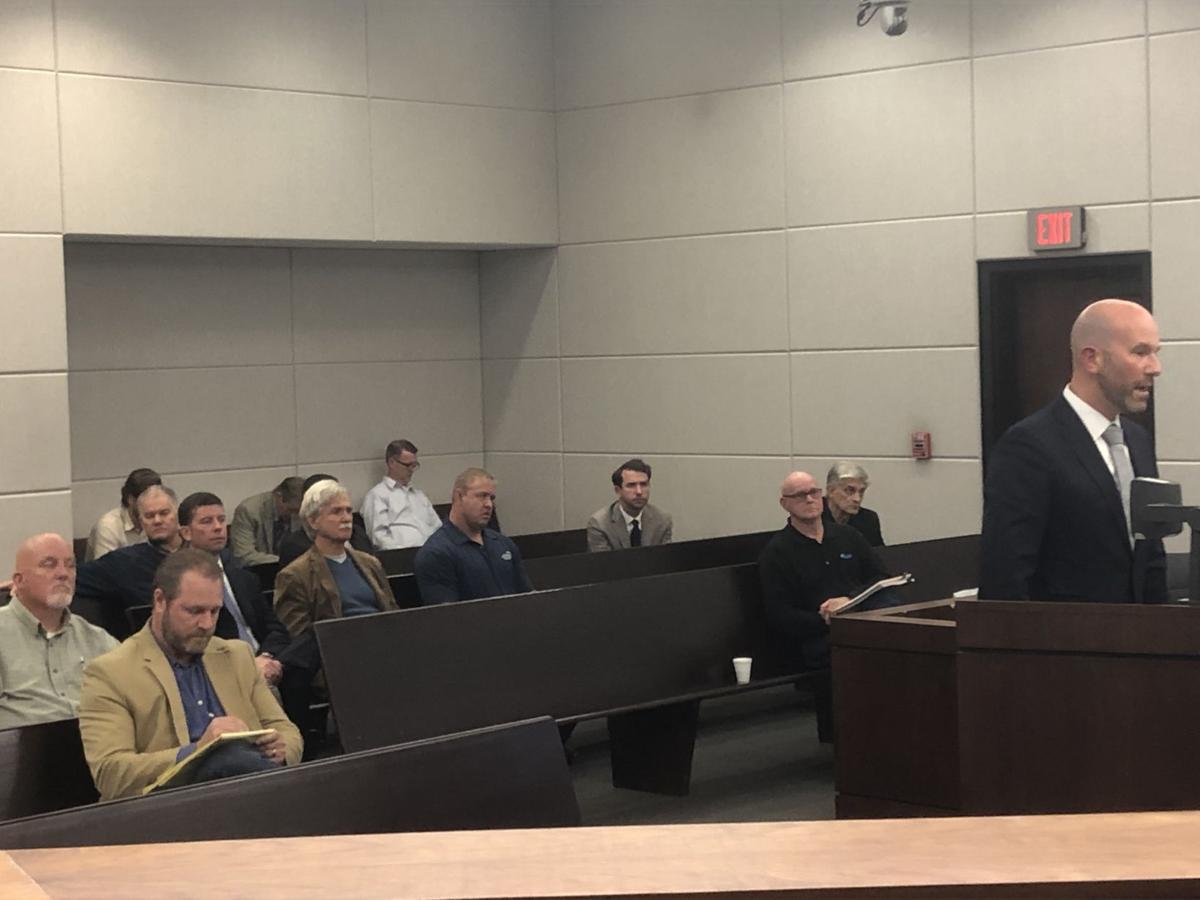 GONZALES — A proposed 30-year deal to finance, build and run a $215 million regional sewer system is structured in a way that ensures cost overruns are born by ratepayers but offers no clear way also to share savings with them, a financial analyst told Ascension Parish officials at a meeting this week.

Stephen Auton-Smith, managing director of Ernst and Young's U.S. infrastructure arm, said the plan left unclear how sewer rates were established and held several uncertainties that could drive up costs. Construction presented the biggest risk of overruns, upward of 20%, he said.

The Parish Council Utilities Committee nevertheless forwarded the plan for a possible final vote of the Parish Council next week. The parish has been under state and federal regulatory pressure to build a regional sewer system to clean up discharges into bayous.

The panel charged the private backers and the parish's lawyers and aides to answer Auton-Smith's critiques before the full council meets Nov. 21. Parish President-elect Clint Cointment, who takes office in January, told the panel he couldn't sign the deal as currently structured, raising many of the same questions as were brought up by the financial analyst.

If approved by the outgoing council, which has at least six members departing at the end of the year, the deal could lock the parish into a relationship with Ascension Sewer for a generation. The agreement, which will last through 2049, carries costly termination fees in the tens of millions of dollars.

Ascension Sewer LLC, whose partners include Bernhard Capital Management and Ascension Wastewater Treatment, is seeking a long-term concession to build a new regional treatment plant along the Mississippi River. The system would consolidate sewer service for tens of thousands of homeowners and businesses in eastern Ascension.

Ascension Sewer is proposing to sink in $78 million in cash in the first three years, plus seek $129 million in commercial and government debt, to build a system expected to bring in about 9,000 customers in the first phase, an Ernst and Young report says

In all, the combination of the parish and Ascension Wastewater would bring 19,500 ratepayers to the deal, Ernst and Young says, but 2,800 of those customers are in East Baton Rouge, Livingston and Iberville parishes and aren't expected to be linked to the new system.

Under the deal, the parish is expected to put up nearly $16 million in taxpayer cash while $60 million of the financing relies on a state and federal low-interest sewer loan the parish was awarded several years ago.

The first batch of customers have community sewage treatment discharge that ends up in the impaired Bayou Manchac or other smaller waterways. Parish officials say the new system could remove 2.3 million gallons of daily discharge from Manchac.

Ascension Sewer is proposing a starting rate of $57.90 per month with annual 4% increases for the first 10 years, ending at $82.41. Rates could be renegotiated afterward for later phases.

As many as 35,000 customers could eventually be connected to the system.

Before the vote, three-term Councilman Randy Clouatre, who is leaving office in January, compared the gathering threat of regulatory action on sewage treatment as an oncoming train that has gotten closer and closer as the parish has flirted with past sewer deals. He urged the committee to act.

"Let's give the whole council the ability to make the decision on that," he said.

As part of the analysis of the deal, the parish has put forward its own estimate of status quo growth in the government's base of 2,100 to 3,000 sewer customers. That analysis suggested a $60 per month fee with regular 3% increases, well above current rates, would end up with a combined $27 million deficit at the end of 20 years.

Auton-Smith, the Ernst and Young analyst, suggested the projected deficit might be less than half as much, however, though that plan held many cost and regulatory uncertainties.

William Daniel, the parish's infrastructure director, said that if the parish didn't reach a deal, AWT, an Ascension Sewer partner and the parish's largest private sewer provider, could make its own deal to do the same thing.

That would leave parish government not only without the financing strength to build the regional plant on the Mississippi that regulators want but also without control over sewer rates.

The Parish Council would set sewer rates under the proposed deal, a job currently held by the state Public Service Commission.

Cointment, who will replace President Kenny Matassa, asked the committee to continue to negotiate because of uncertainties over rate structure and construction and other costs and the risk the parish would bear.

"What I hope is that we move with caution. This is a 30-year agreement," Cointment said. "Hundreds of millions of dollars in fees that our residents will have to pay. If you ask me today if I would sign this agreement, the answer would be 'no.'"

Auton-Smith told the council panel that construction remained the biggest cost uncertainty and overruns could have cascading effects on the deal. He said that just a 10% increase would boost monthly rates by up to $10.

The deal has been structured so cost overruns would be transferred to ratepayers, which Auton-Smith said isn't unreasonable given the project's state of development. He estimated the system has only been 5% to 10% designed so far.

But aspects of the deal still held the potential for Ascension Sewer LLC to earn savings later and boost its 8% rate of return without a clear method to pass any of it on to ratepayers, Auton-Smith noted.

In the vote to move the plan out of committee, the panel called on Ascension Sewer to provide more details about its construction plans, work with Ernst and Young to develop a sewer rate-generating model, better outline how rates could be adjusted higher or lower, and require annual and quarterly reports to the parish.

Ascension official: Failure to act on sewers could slow the parish's growth

Thanks to a thriving economy, a high-performing public school system and a low crime rate, Ascension Parish is growing at an unprecedented rat…