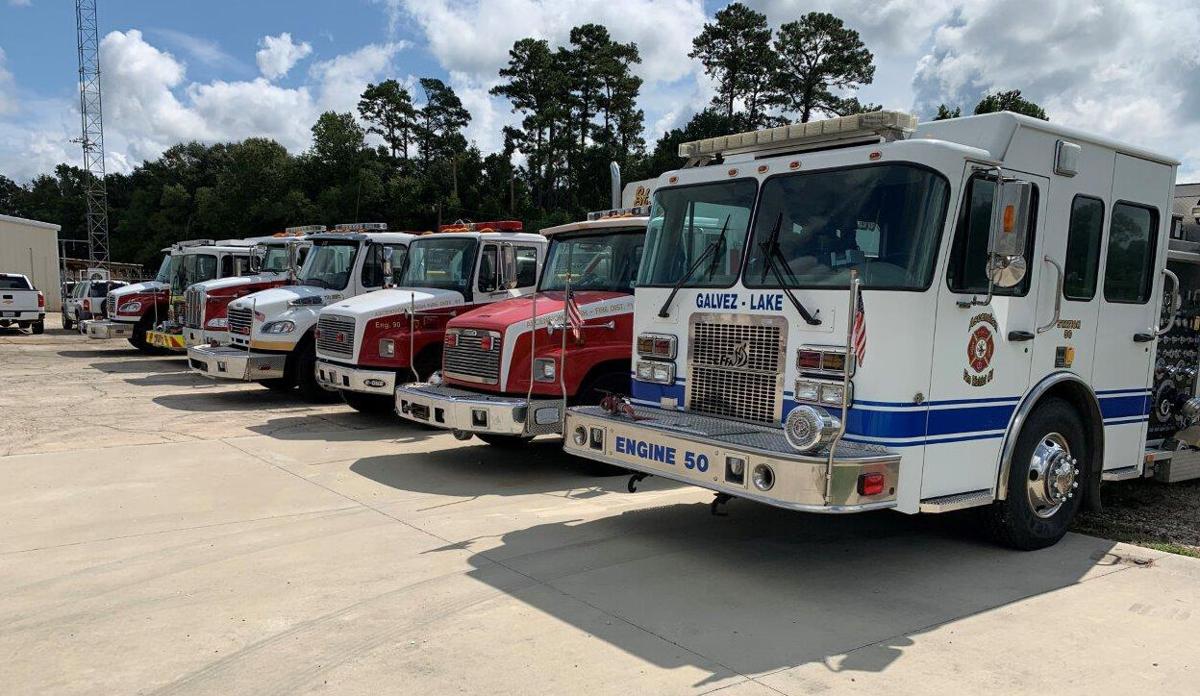 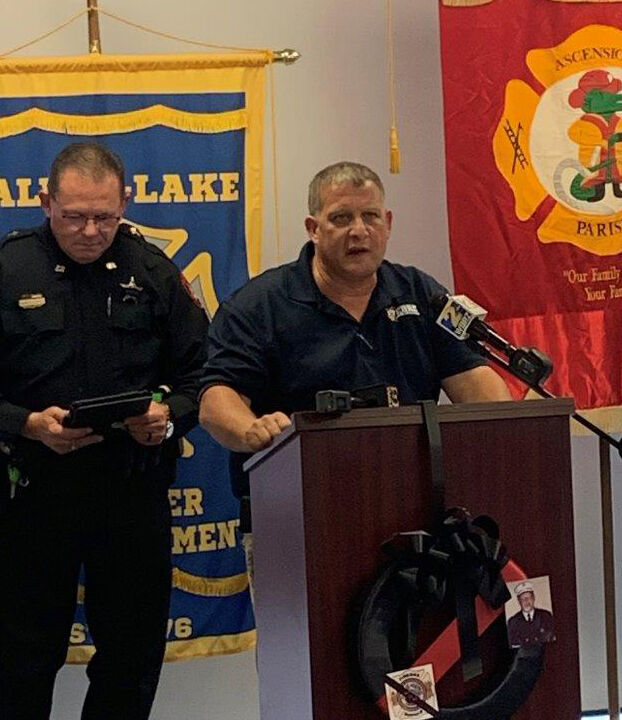 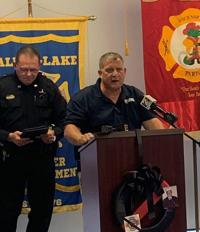 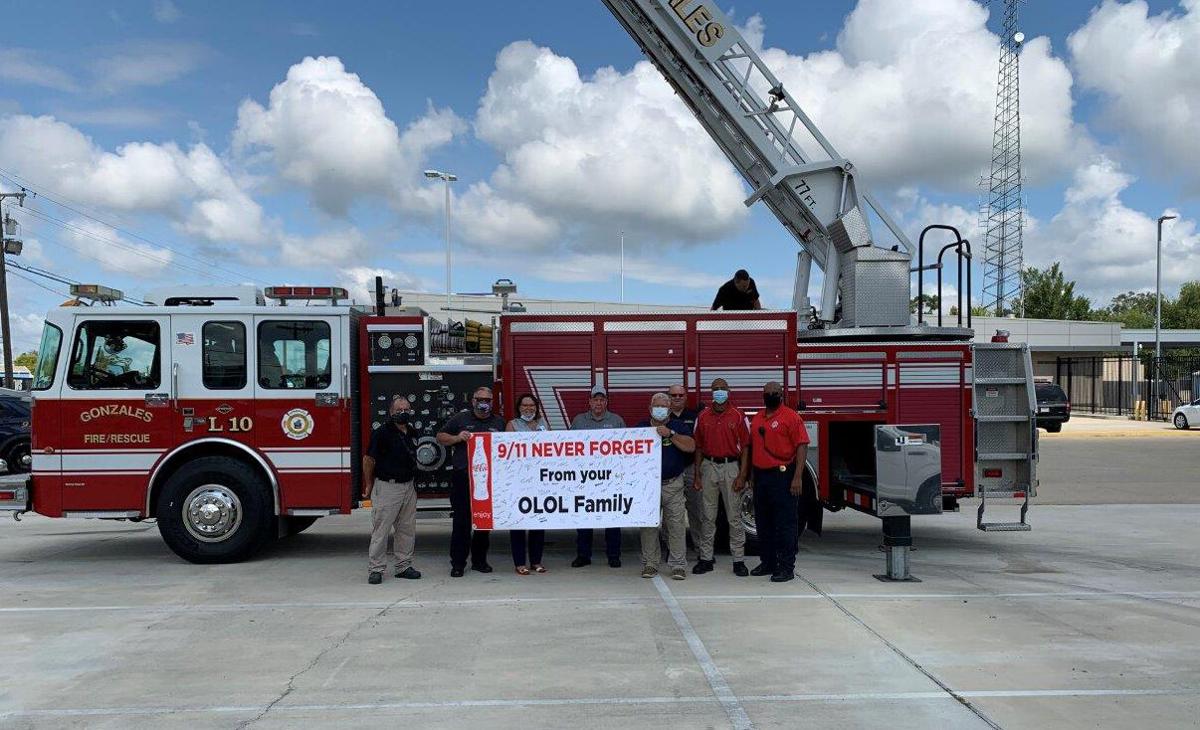 Firefighters from around Ascension Parish hold a banner before a Sept. 11 memorial service. 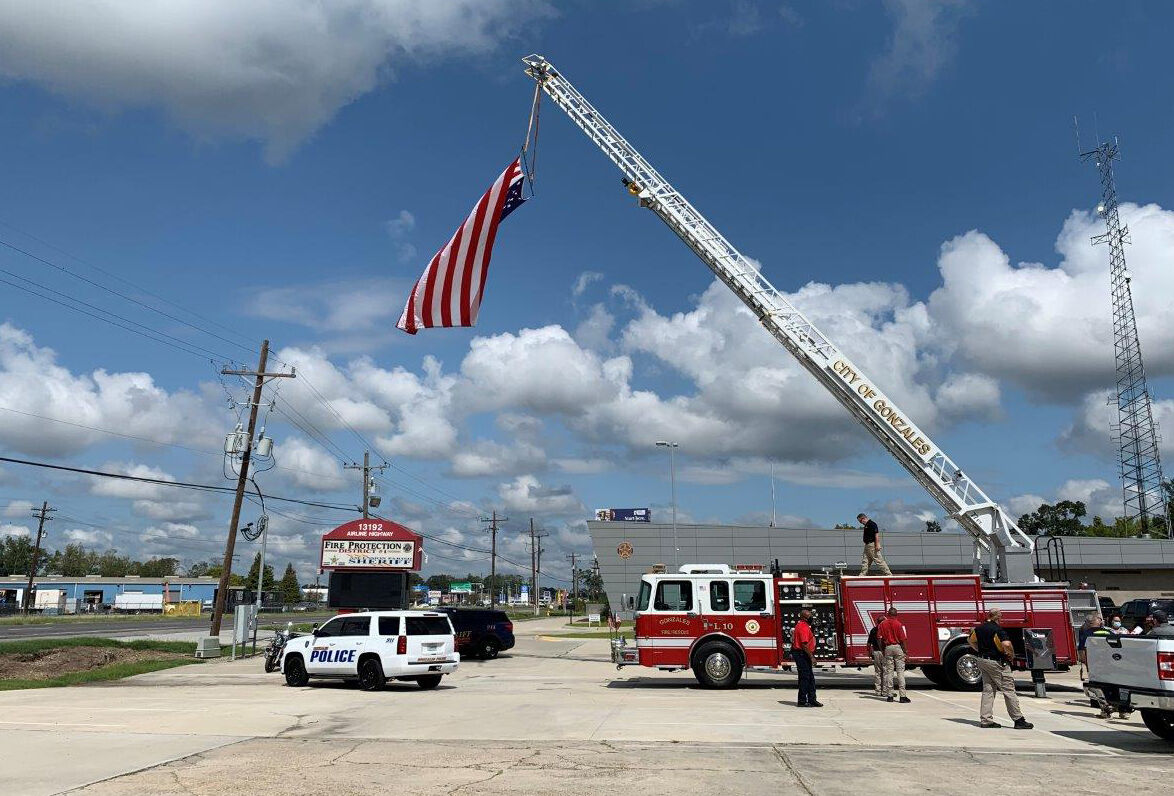 The American flag is hoisted at the Ascension Parish Fire Protection District 1 Center in Gonzales for a Sept. 11 memorial ceremony.

Firefighters from around Ascension Parish hold a banner before a Sept. 11 memorial service.

The American flag is hoisted at the Ascension Parish Fire Protection District 1 Center in Gonzales for a Sept. 11 memorial ceremony.

The nearly 3,000 people who were killed in the terrorist attacks at the World Trade Center, the Pentagon and on United Airlines Flight 93 on Sept. 11, 2001, were honored Friday during a remembrance ceremony in Gonzales.

“The 2020 Sept. 11 remembrance ceremony is too important an event to our county and our nation to be postponed or canceled by the pandemic," said Ascension Fire District 1 chairperson James E. LeBlanc. "Our nation was attacked, and we must never forget.”

“Nineteen years ago, on Sept. 11, 2001, our world was forever changed, when we lost nearly 3,000 souls, during the horror we all witnessed as the twin towers came down, the Pentagon was attacked and a field in Pennsylvania felt the impact of a plane, meant for our nation’s capital that had its route altered through an example of true American heroism," LeBlanc said. “We come together each year on Sept. 11 to honor and remember all of the innocent lives lost, the first responders who ran into danger to save their fellow man, with a promise to never forget this tragic day.”

"In one single moment life may never be the same," LeBlanc said." As you live and enjoy the breaths you take today, tonight before you go to sleep in preparation for your life tomorrow, kiss the ones you love, snuggle a little tighter and never take one second of your life for granted."

LeBlanc said residents should "never forget those we lost in the attack or those who sacrificed their lives to serve others. Sept. 11, 2001, and the many days to follow, demonstrated the full strength and bravery of the American people and proved that our spirit here in America, will never be broken."

As horrible as those attacks were, LeBlanc said, residents joined forces in unity. "I would like to remind all our Ascension Parish residents and our surrounding friends to go out and do something good for someone today. Be nice to one another, spread love, tolerate difference and look out for one another.

“This year, more than ever, we should recognize the first responders who died in the line of duty on Sept. 11, 2001, as today their brother and sister first responders are putting their lives on the line every day, providing emergency response during the pandemic," he said. "We should never forget and always be thankful for those who run toward danger, at risk to themselves, to protect everyone else.”