The newly identified Levitonius mirus, also known as Waray dwarf burrowing snake, is native to the Philippines and was discovered by Gonzales native Jeff Weinell. 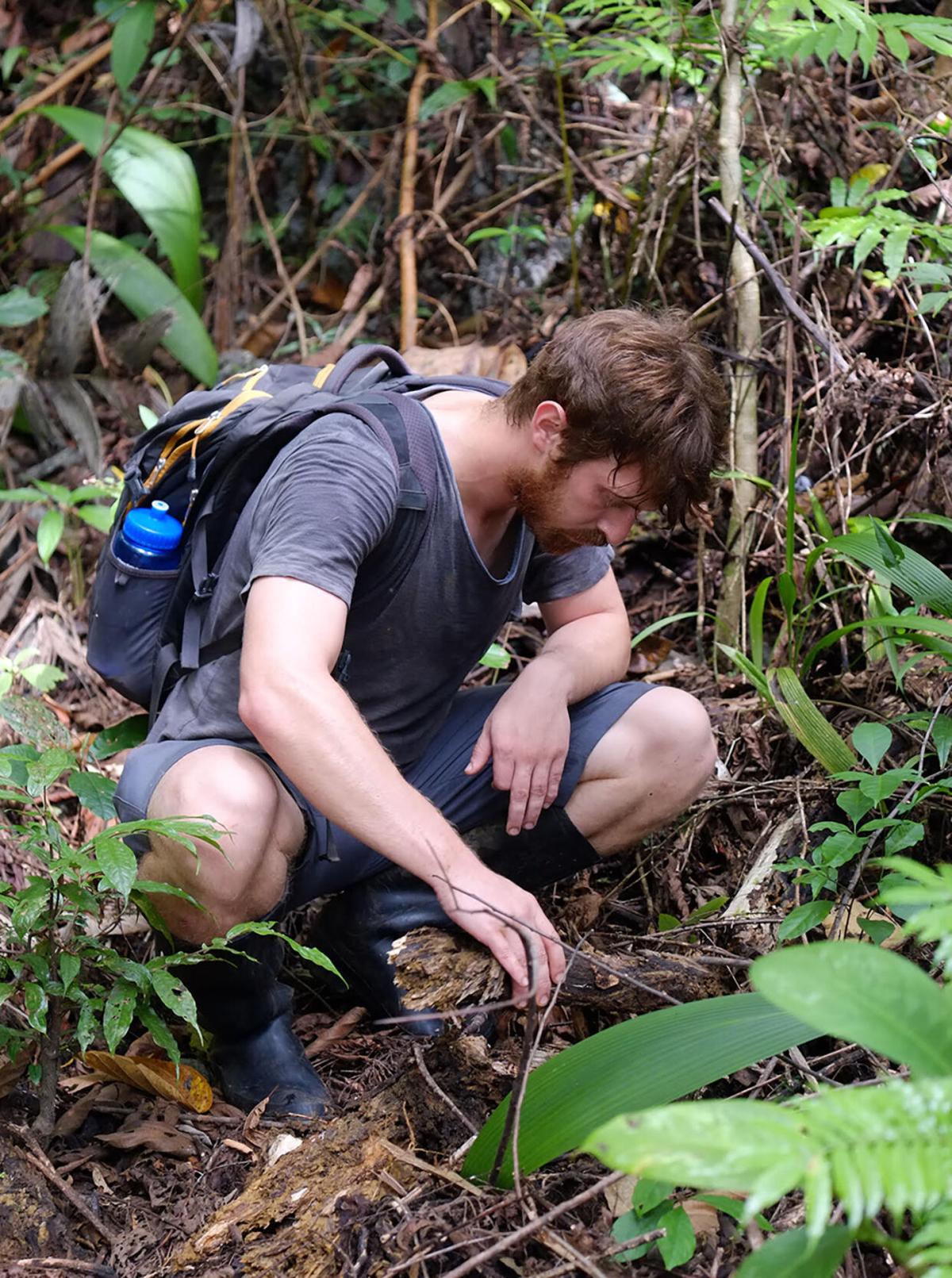 Jeff Weinell, a graduate of East Ascension High School, on a field mission in the Philippines in 2018.

The newly identified Levitonius mirus, also known as Waray dwarf burrowing snake, is native to the Philippines and was discovered by Gonzales native Jeff Weinell.

Jeff Weinell, a graduate of East Ascension High School, on a field mission in the Philippines in 2018.

Jeff Weinell has always been fascinated with snakes — the way they can live all over the world, from deserts to rainforests and even his family’s backyard in Gonzales.

When Weinell, 30, graduated from East Ascension High School in 2009, his fascination was just a hobby as he started school at LSU, studying engineering for a time.

Ten years later, Weinell, a graduate research assistant at the University of Kansas' Biodiversity Institute, is responsible for the world’s most recent discovery of a new species of snake — one that lives in the Philippines.

Weinell says he was able to take a hobby and "turn it in to something I do all the time.”

Levitonius mirus, or the Waray dwarf burrowing snake, is native to the Samar and Leyte islands in the Philippines and only grows to be just over a half-foot long, according to the study published by Weinell and three of his colleagues in a peer-reviewed scientific journal.

Weinell discovered the snake by accident.

“This was totally unplanned, as far as I wasn’t going to look for a new species at all,” Weinell said. “I was hoping to work on a different project, looking at the evolutionary relationships among this group of snakes called Pseudorabdion. It looks superficially similar to this new snake, so it would have been easy for someone to misidentify that. While I was working on that, I found this one.”

While running a DNA sequence on a sample of what he thought was a Pseudorabdion in 2017, Weinell realized the DNA did not match the species he thought he was studying. Further analysis of the sample revealed that three specimens stored at the institute’s biodiversity collection, gathered on missions between 2006 and 2012, were an entirely new species.

After years of gathering data on the new snake, Weinell and his colleagues published their findings.

The snake’s Latin name, Levitonius mirus, was coined by Weinell partially after a mentor, California Academy of Sciences researcher Alan Leviton, who has spent decades studying snakes in the Philippines. The snake is even part of a new genus, or a taxonomic classification that species are grouped under, that was named after Leviton.

The second part of the scientific name, mirus, translates from Latin to “marvelous.”

“There are a lot of cases where specimens are misidentified, and sometimes it’s going to be another species from the area that’s already been described and someone just misidentified it. Other times, it turns out to be something really different, like in this case,” Weinell said.

The specimens in the institute's biodiversity collection are the only known ones ever found, Weinell said, something he unsuccessfully tried to rectify in 2017 when he traveled to the Philippines to find more of the species.

Weinell is now planning a trip back to the country in the fall in hopes of trapping a living specimen of the new snake.

Weinell won’t complete his doctoral degree at Kansas until 2022, but he said he could see himself focusing his career on “studying the evolution of life” in the Philippines.

“There’s a lot to discover,” he said. “The Philippines, it being an island archipelago, really lends itself to studying evolution. Each island is basically a replicate experiment of evolution.”

Palm trees are great in the landscape, but these new diseases are killing them

If you want a tropical look in your landscape, palm trees can provide it.