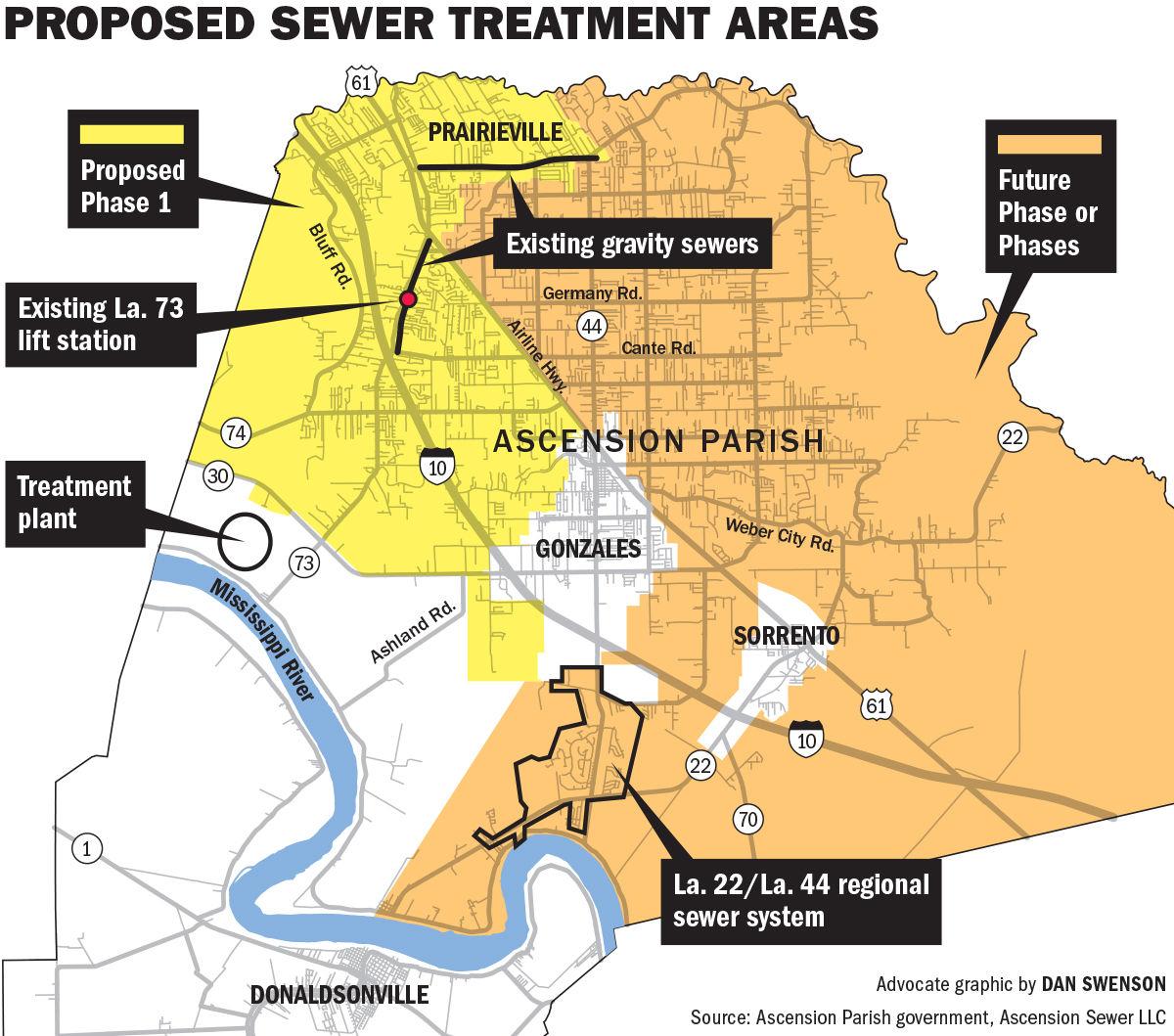 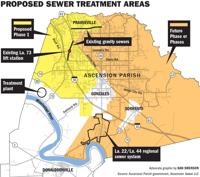 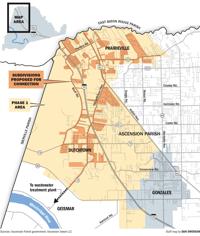 After considerable debate and public pressure last fall over the proposed deal with Ascension Sewer LLC, the consortium proposing to remake the parish's private and public sewer systems, outgoing Parish Council members deferred a vote and passed the matter to the incoming council.

GONZALES — With more than 35 people speaking against a major sewer services contract, and over 100 people packing the Ascension Parish Council…

Instead, the new council took up Orgeron on at least the first part of his proposal, deciding Thursday to wait a little longer before a vote and send the proposal back to his committee, the parish's utilities panel, for further negotiation and public input.

New Parish President Clint Cointment also delivered a presentation about the parish's Hillaryville sewer plant. He noted its existing excess capacity that could be further expanded, an existing discharge pipe to the Mississippi River and the available land that could be used to build a much larger regional treatment plant.

"From day one, the administration has been reviewing all options as relates to sewer and what options are available to control costs and keep rates low for the citizens of our parish," Cointment told the council.

He added he plans to provide more details on the opportunities for the system in a future meeting.

DARROW — A new $2.1 million sewer pipeline in southeastern Ascension Parish that’s sending treated wastewater over the levee and into the Miss…

Under the proposed concession, Ascension Sewer would consolidate more than 19,000 parish government and private customers in Prairieville, Dutchtown and the Gonzales area that now use an array of neighborhood sewage treatment systems and tie them to a new regional sewer system in the Geismar area that would discharge into the Mississippi.

State regulators have long pushed the parish to establish a regional system that discharges into the Mississippi to lessen the environmental impact on smaller, slower flowing bayous that now receive treated wastewater.

But, under the deal, the customers would also see an immediate rate increase. Rates would start at $57.90 per month for residential customers and more for commercial customers, and the rates would increase by 4% per year for the first 10 years.

When asked later about Cointment's presentation on the parish-owned Hillaryville system, John Diez, who is Cointment's new chief administrative officer, said the presentation wasn't a sign the administration was pursuing a wholly parish-run system for regional sewer service.

Diez said the administration was simply taking stock of the parish's resources, in part, so it is better informed for any negotiations it undertakes. He said the parish is looking for the best possible sewer deal for parish residents.

Not long after the old Parish Council punted on the sewer deal, Bernhard Capital announced it had made a "very significant investment" in its concession partner, Ascension Wastewater Treatment. The terms of the investment were not disclosed, but it bound the two partners even closer together for the future.

In an interview earlier on Thursday, Jeff Jenkins, co-founder and partner in Bernhard Capital, said the consortium remains interested in negotiating a deal with parish government and has received interest from some Parish Council members in recent weeks but had not yet heard from the new administration.

He added the state Department of Environmental Quality has also shown some interest in the idea of Bernhard Capital and Ascension Wastewater Treatment of building their own regional system privately. He added that he is also taking Cointment at his word that the parish will resume negotiations.

One of Orgeron's concerns about making sure to continue negotiations with Ascension Sewer is that the prior council had reached an exclusive agreement to negotiate a deal with the consortium.

In a publicized electronic letter about his plan to hold off on a vote, Orgeron wrote the parish could risk litigation if it didn't continue to negotiate in good faith with the Ascension Sewer consortium.

"I appreciate that there are those in our parish government that desire we look at other options; however, any effort by the council or the administration to do so could seriously compromise the Parish," Orgeron wrote.

He reiterated that concern to Cointment, who said the administration is working on a legal opinion about the exclusive negotiation agreement.

Orgeron, in his letter, also proposes having the Utilities Committee schedule a public input meeting next month to hear the concerns of residents and then restart negotiations with Ascension Sewer ahead of final vote no later than March 19.

The council didn't get into that level of specifics Thursday, but, under an amendment from Councilman Aaron Lawler, directed in the unanimous vote that the administration take the lead in setting input meetings with the public and council.