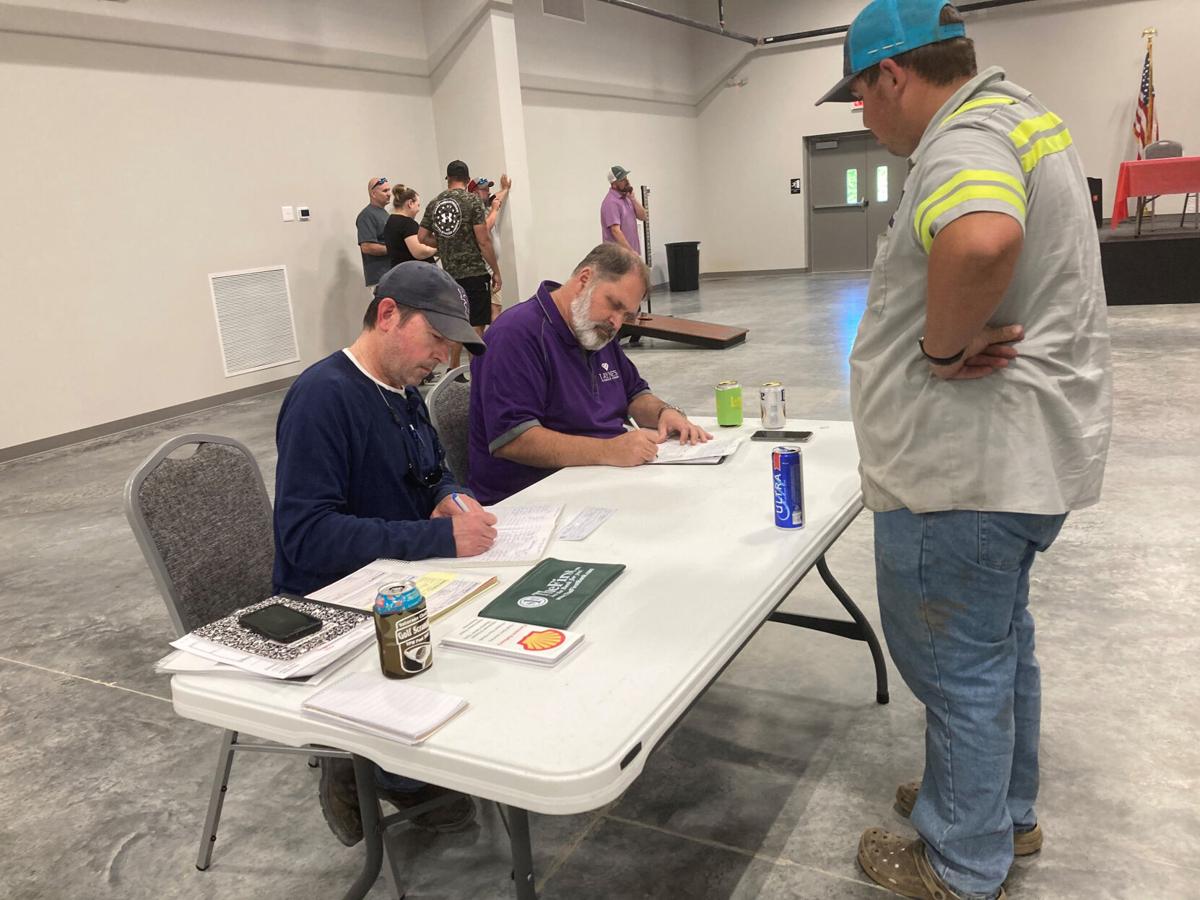 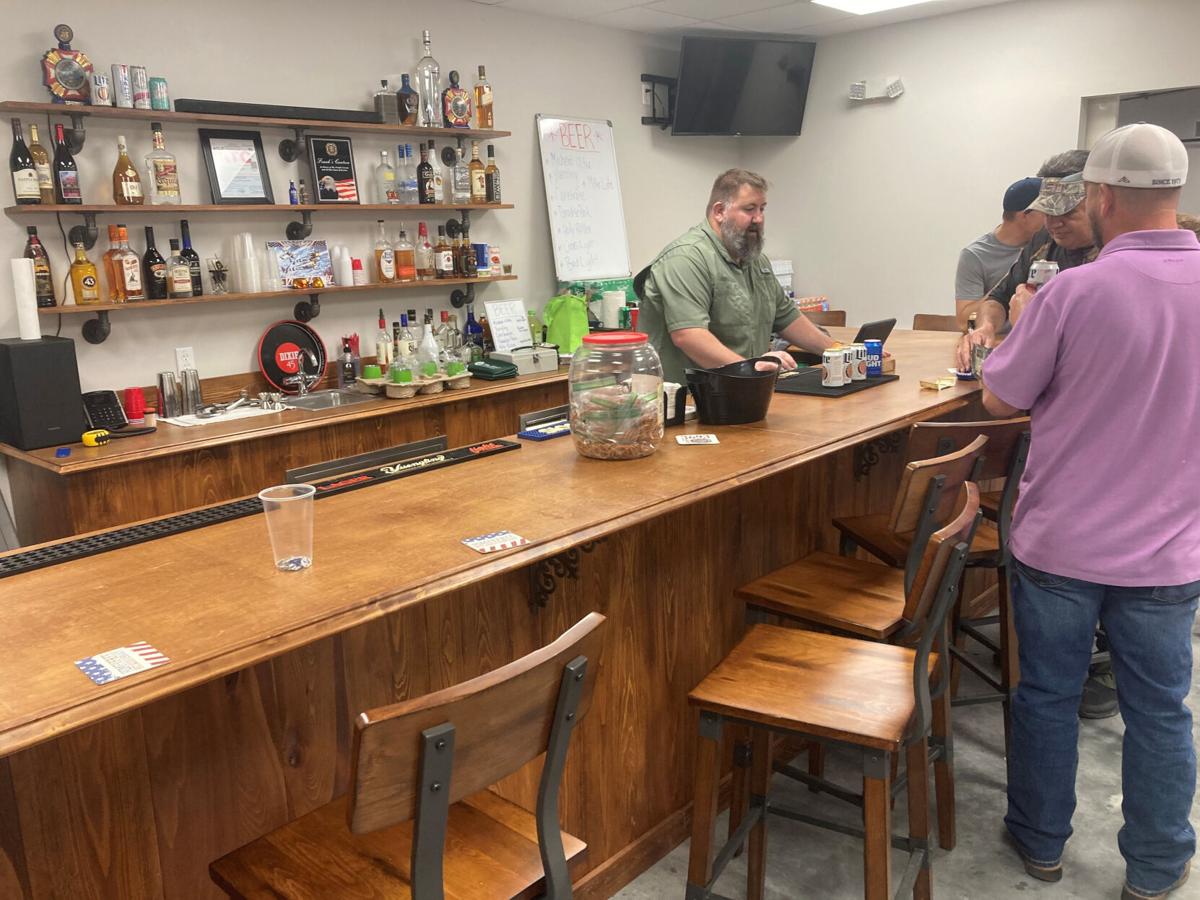 The new VFW post hall features a bar for members. Members gather April 20 for a cook's meeting to prepare for the May 1 Ironman Jambalaya Cook-off. 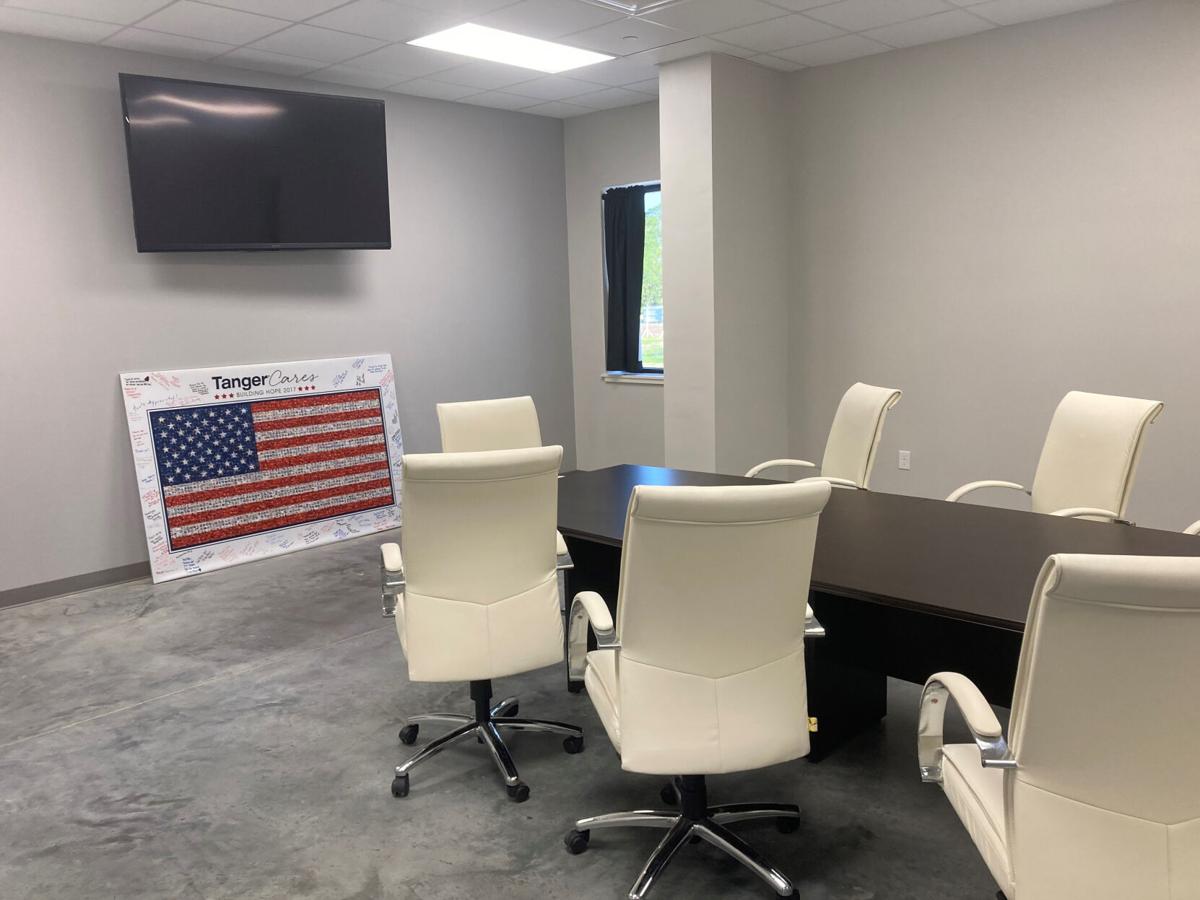 A small conference room inside the new VFW building can be rented for small parties, corporate trainings and other functions. 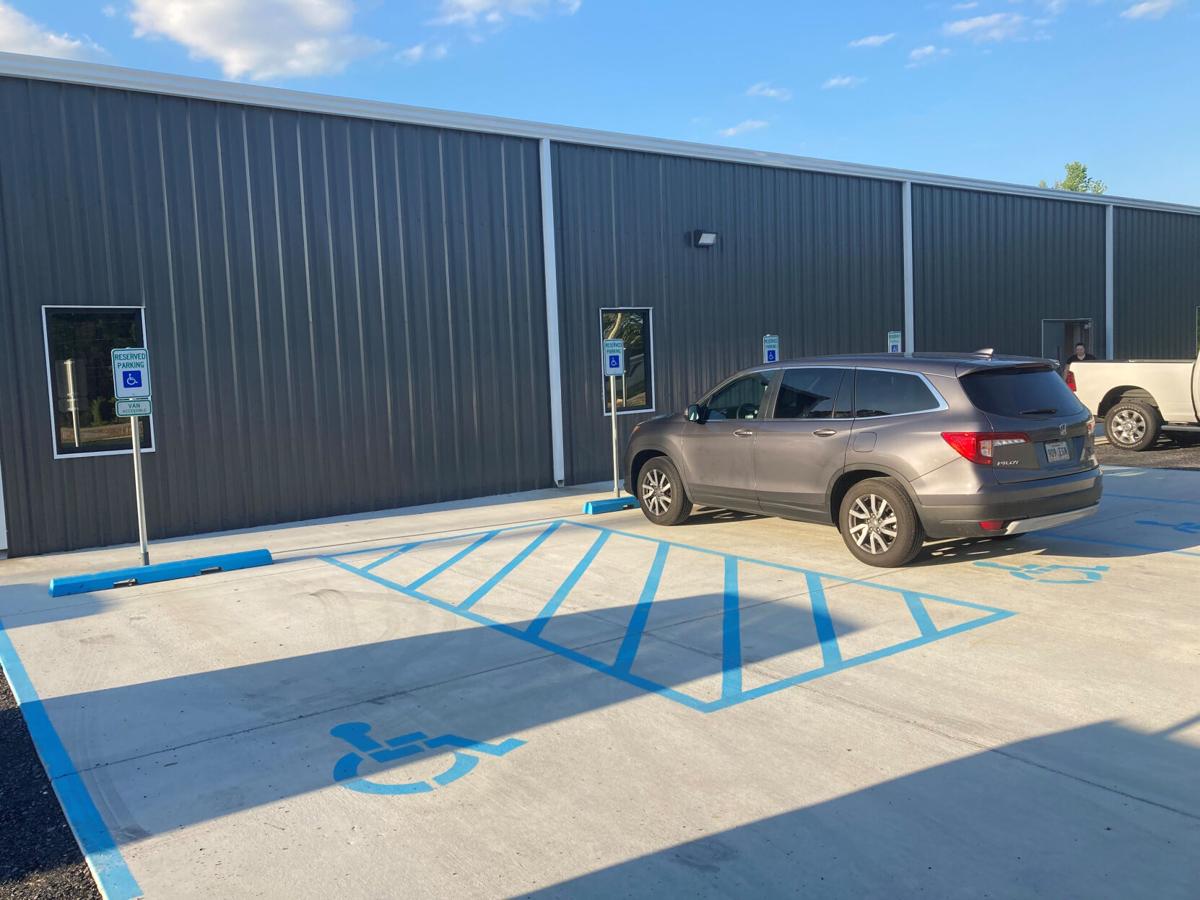 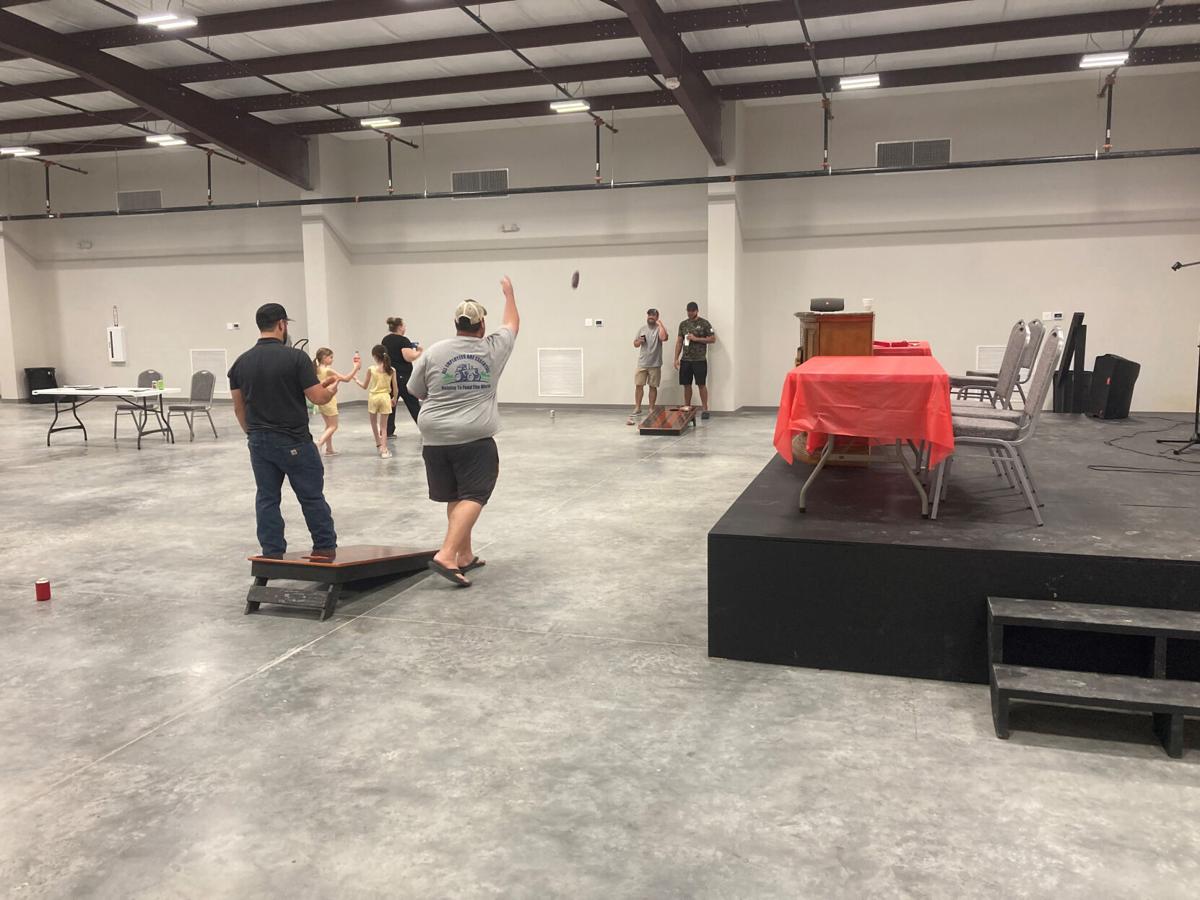 Cooks waiting for a meeting on the VFW Ironman jambalaya cook-off throw a few rounds of cornhole at the VFW's new building on Churchpoint Road.

The new VFW post hall features a bar for members. Members gather April 20 for a cook's meeting to prepare for the May 1 Ironman Jambalaya Cook-off.

A small conference room inside the new VFW building can be rented for small parties, corporate trainings and other functions.

Cooks waiting for a meeting on the VFW Ironman jambalaya cook-off throw a few rounds of cornhole at the VFW's new building on Churchpoint Road.

Cooks recently lined up to register for Saturday's Ironman Jambalaya Cook-off. While they waited for the meeting, some of the cooks played cornhole in the VFW's new building on Churchpoint Road.

For many, it was their first peek inside the new building, which replaced the Veterans of Foreign Wars Post 3693 old hall destroyed by the 2016 flood. As outgoing Post Commander Brent Gautreau made preparations for the meeting, many of the cooks congratulated Gautreau on the opening of the new building, quite a feat in the middle of a pandemic.

Gautreau admitted that the group went out on a limb making the decision to build the 9,600-square-foot building with the uncertainty surrounding the coronavirus.

On the day the VFW members signed loan papers, they had a serious talk about their plans for the hall, which include "going into the hall rental business," Gautreau said.

"We decided to sign the papers and go for it," Gatureau said. "And it looks like we made the right decision. People are booking weddings, receptions, reunions and lots of events."

The VFW raises money from hall rentals to fund services for area veterans. The new direction means the end of the group's popular bingo games. But, VFW members had decided to end its bingo games before the hall was inundated by the flood.

The new building is also the perfect place for the VFW to hold meetings and its popular events, including the jambalaya cook-off.

Inside, the VFW building will be filled with vendors selling their wares and the area outside the hall will be dotted with cooks preparing some of the best jambalaya in the area.

Jambalaya will be sold starting at 11 a.m. And judging starts around noon for the cook-off's one bite challenge. The challenge invites cooks to prepare "their best bite of food on site and convince the judges why they have the best bit," Gautreau said.

It will be one of the largest events held since the opening of the post's new hall.

The building is already home to weekly cornhole tournaments and has hosted a beauty pageant. The calendar is getting booked for some weekends, Gautreau said.

The opening of the building has meant more interest in the VFW chapter and increased membership. The interest picked up when the construction began, Gautreau said.

"Since concrete was poured, we started having meetings on the slab outside," said incoming commander Jared Nolan. "As the construction continued, we kept meeting between the beams. And membership kept climbing."

The visibility means more veterans can be helped. Nolan said that sometimes young veterans are looking for the camaraderie they miss since returning home.

The new hall provides plenty of space for meetings and a bar for socializing. There's a covered outdoor cooking space, indoor kitchen and lots space for any type of event.

On Monday, the VFW will host its annual golf tournament. All the golf slots are booked but sponsorships are still available.