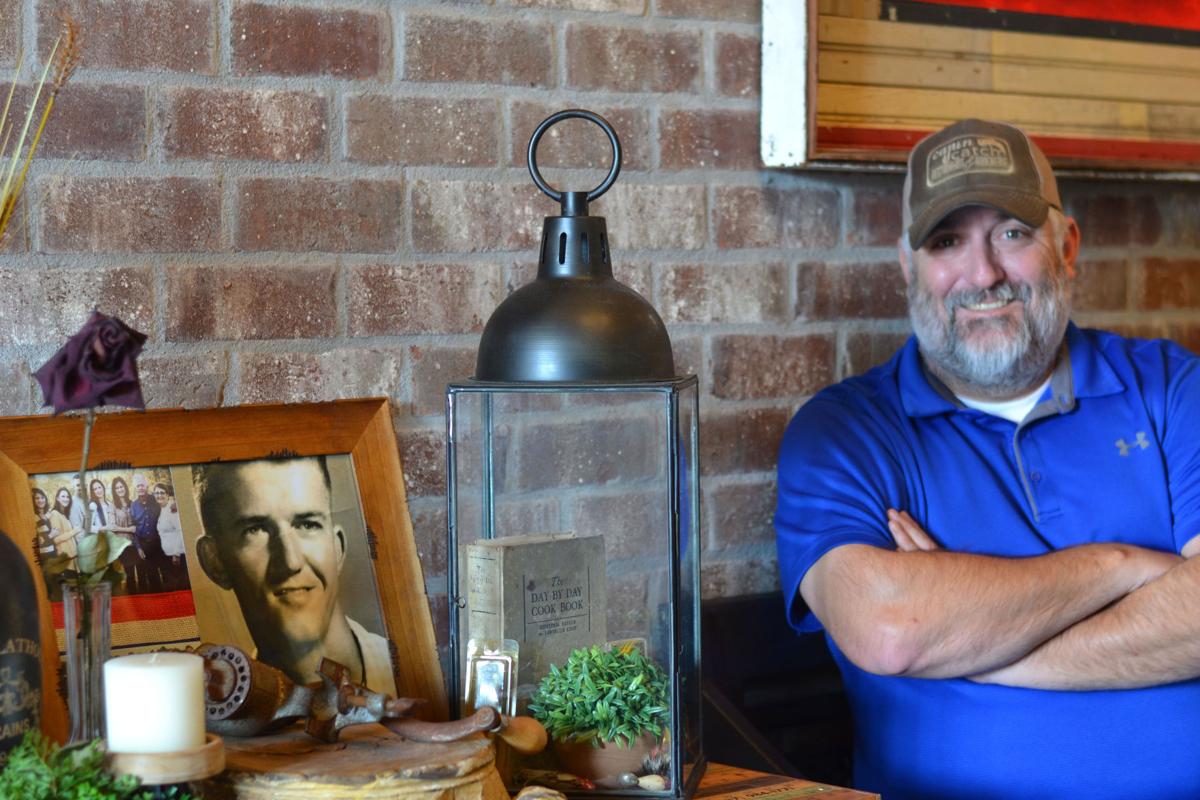 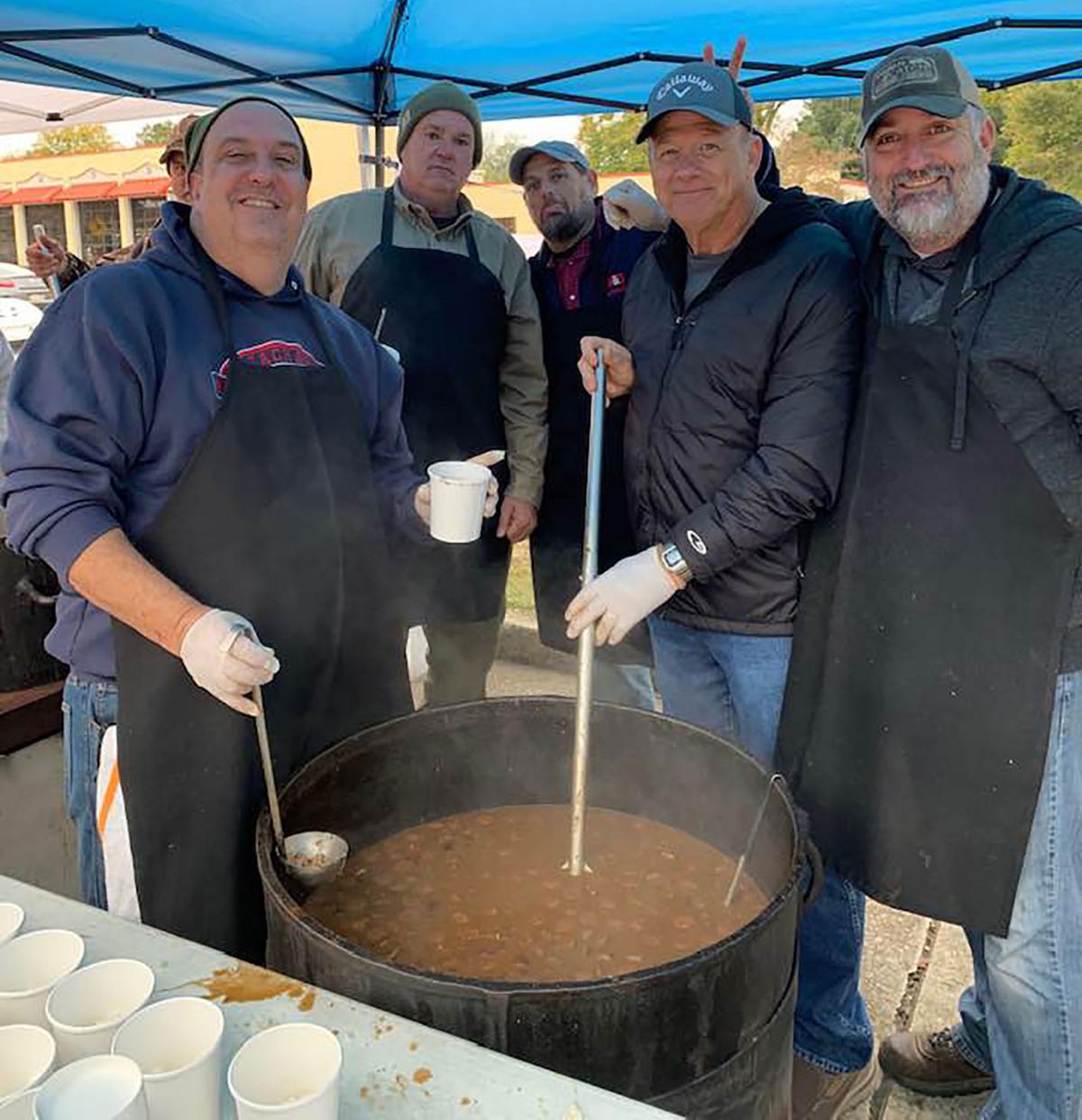 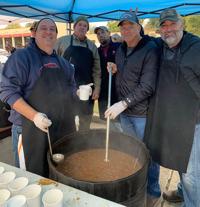 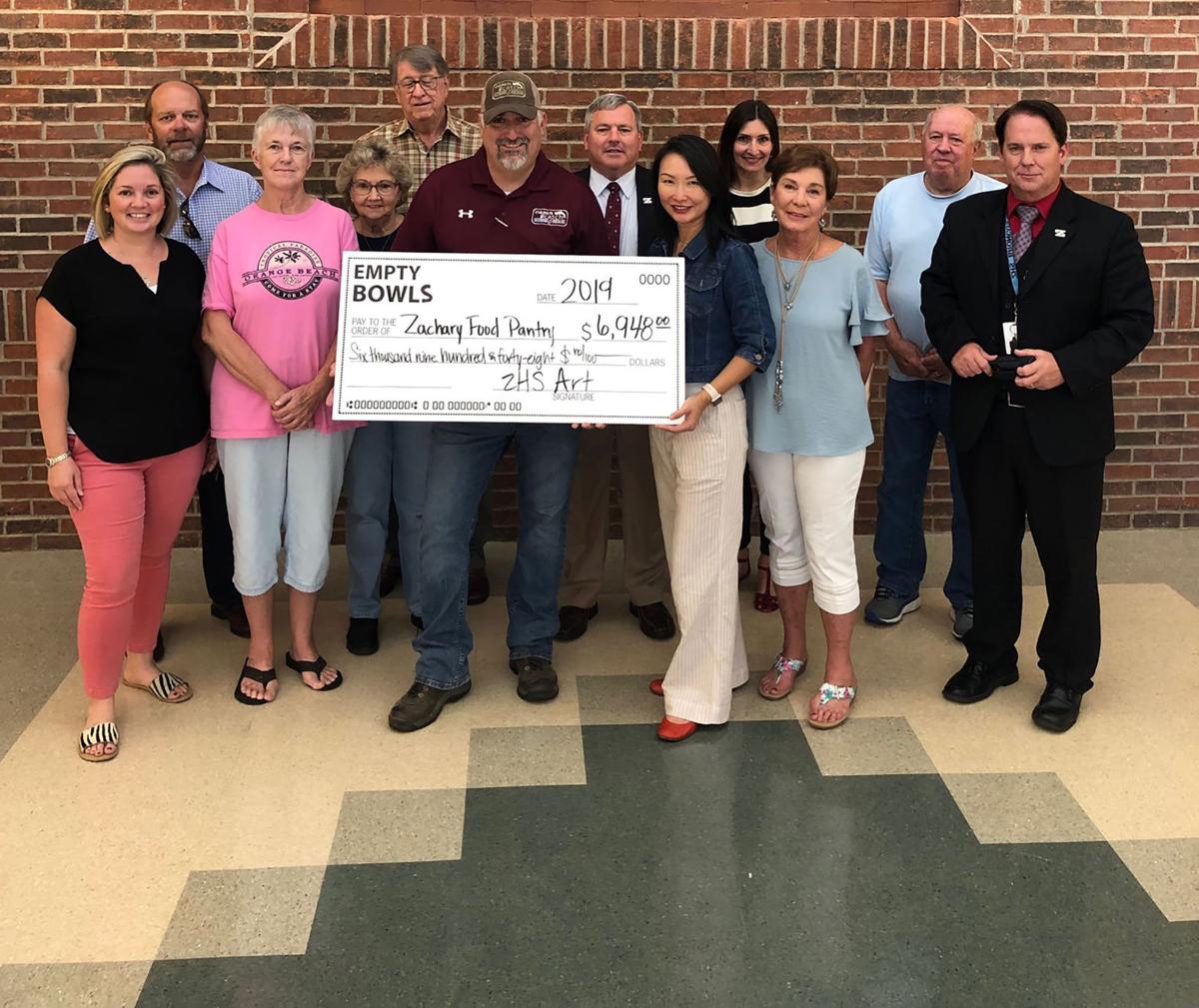 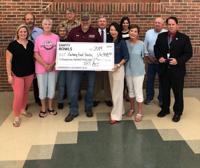 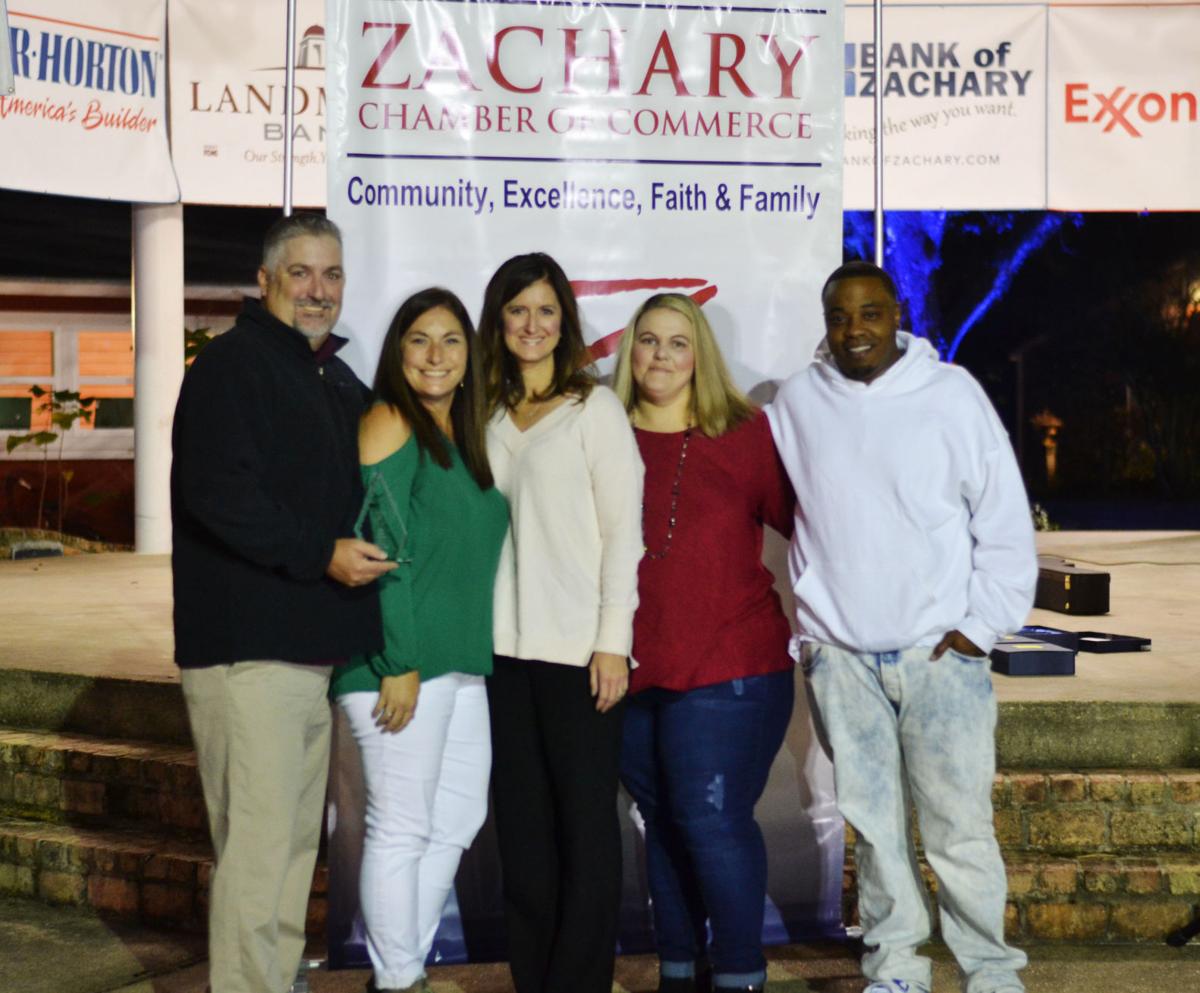 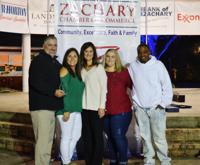 Paul Mier’s businesses have helped flavor the small-town goodness for which Zachary is known.

Cajun Catch earned the 2019 Customer Service Award from the Zachary Chamber of Commerce, but the family behind it leaves a mark on the town for what it has given away as well as what it has earned.

Mier feels the accolades are nice but far from deserved. In both cases, he and his sisters are doing what they have been taught to do and it should come naturally. He credits his parents and their way of life that included hunting, fishing, cooking, and meeting needs — like drawing breath in your lungs — automatically.

“We came from a big Cajun household and we raised a big garden and we harvested whitetail,” he said. “We always had to share, and if daddy grew a bunch of okra, he was always giving it away. The whole neighborhood got corn. The volunteerism and giving is just heritage; it’s almost like it’s in our blood.”

The elder Miers moved to Zachary and continued their lifestyle that included raising big gardens, canning produce and sharing. “I’m a Zachary boy — born and raised in this town,” he said. “I’ve probably trudged through all the woods in this town hunting birds, squirrels and deer.”

Miers and his wife, Kayla, a teacher, are active throughout the community, but the Zachary Food Pantry has been a big beneficiary. Mier gives regularly of his time and his talents. He is a former board member and a founding supporter in the Zachary High School’s Empty Bowls fundraiser.

Empty Bowls is an international project to fight hunger, personalized by artists and art organizations on a community level. The promotion and growth of the project is managed by The Imagine/RENDER Group, a nonprofit organization. Each community's events are self-developed and independent.

The Empty Bowl fundraiser is a simple banquet. Art students create unique bowls that are fired and finished as small works of art. For $10, participants get to choose their own bowl and receive a simple, donated meal of pastalaya, bread and tea. The empty bowl goes home with the donor. Mier supplies pastalaya for the event.

“Anything we have left over in the freezers, we call the food pantry,” he said. “We don’t like to throw anything away, so I’m actively involved in the Baker Food Pantry and the Zachary Food Pantry.”

Like three of his sisters, Mier has a medical background and worked for more than a decade as a nurse before moving into his business ventures with his sister and business partner Rachel Gruner, who is a Baton Rouge physician.

The Mier businesses have prospered and evolved. Mier bought a franchise of Chris’ Specialty Meats and opened the meat market in a High Street strip mall. Later, Cajun Catch, a small restaurant, opened two doors down. Responding to the greater demand, property was purchased on High Street-Rollins Road corner and a larger restaurant was built. Earlier this year, both ventures moved under the same roof with added seating capacity. As business has prospered, Mier has continued to give back and remain active in the community. “In the beginning it was just “cause,” he said. “I think I could write a book on the business model of ‘pass it on/pass it down.’ We stay busy.”

Mier and a group of Zachary men spent a weekend before Thanksgiving cooking gumbo for the Pack the Pantry fundraiser. The team sold out of gumbo before the event ended. “We started this event about five or six years ago when the new Food Pantry was being built because a walk-in freezer was needed to store the meat that was coming into the facility from the Greater Baton Rouge Food Bank,” he said. “The committee of people decided to do a gumbo fundraiser in the month of November. Every year since then, we have been blessed with an Arctic blast that comes through, and we sell out.”

Pack the Pantry also is an opportunity for other businesses like Manda’s Meats, Rouse’s Market and Premier Produce to step up and meet needs. This effort supplies hams and turkeys to be packaged with the non-perishable items put in Thanksgiving and Christmas baskets.

The gumbo cook-off makes $8,000 to $10,000 each year, but Mier has always been quiet about the effort because the impact in the community is much more important. “It’s like you are a Labrador retriever born to swim; a Cajun French man, including myself born from Louis and Kathy Mier, born and raised to volunteer and help,” he said.

Being a good neighbor is more than cooking and donating food. Mier said he takes every opportunity to change a flat tire or help somebody stranded on the side of the road. “It’s what I do — I’m a big ole boy, I’m smart, I can protect myself. I just don’t think that people stop enough,” he said. “It hurts my heart when you see somebody pulled off the side of the road and you see 30 or 40 cars drive by them.”

Mier spoke of other families in the Zachary community who are defined by the tradition of service. They are elected officials, teachers, business owners, but they are all community volunteers on top of any other roles they may have in Zachary. “It’s just what comes naturally,” he said. “I have the ability to cook, I was a nurse for 12 years and customer service has always been a priority, and I also have an empathy for people who hurt.”

The Mier family can be counted among those who hurt this fall. Louis Mier, the family patriarch, planter of gardens, and example of giving died less than three months ago, leaving the younger Mier left to reflect on all the life lessons and the sting that comes with the attention of the Chamber of Commerce award.

One life lesson that stands out involves a lifetime of deer hunting with his father. He said every single time he shot a deer, he would package a hind quarter and bring it to the “Hello Man.”

The Hello Man, known to Mir as Mr. Tarver, lived in a house on the corner of Vernon and Pride-Port Hudson Road. Mier said this man didn’t have a lot and sometimes struggled to heat his home, but he was always sitting on his porch cheerfully greeting the passers-by in the neighborhood. Mier recalled his father knew there was a need and influenced him to always package something for the Hello Man who would light up with joy when the youngster entered his home with fresh meat. “First of all, I was blessed to be in the woods with my father and harvesting an animal and at the same time, daddy was teaching us ‘we are not going to eat all of that,’” Mier said.

“I’m not a Bible-hugger by any means, but I firmly believe that Jesus Christ walked this planet and we should try to walk in his footsteps,” Mier said, trying to deal with the grief and pain of his loss.

Spending time with his two daughters is as important as time volunteering and helping the community because Mier feels he is equipping the next generation in the same way his parents equipped him and his four sisters. In times of hurricanes and floods, the “Mier Clan Red Cross,” as Mier describes his family, can be found at nursing homes, helping in water rescues or cooking on street corners.

“I’m trying to lead by example,” he said.