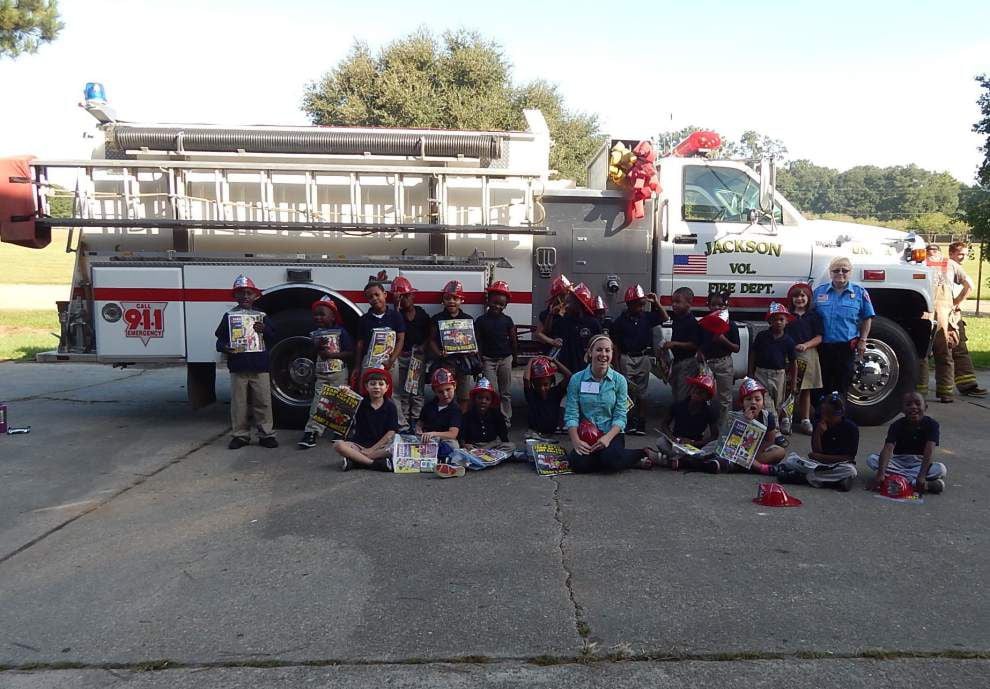 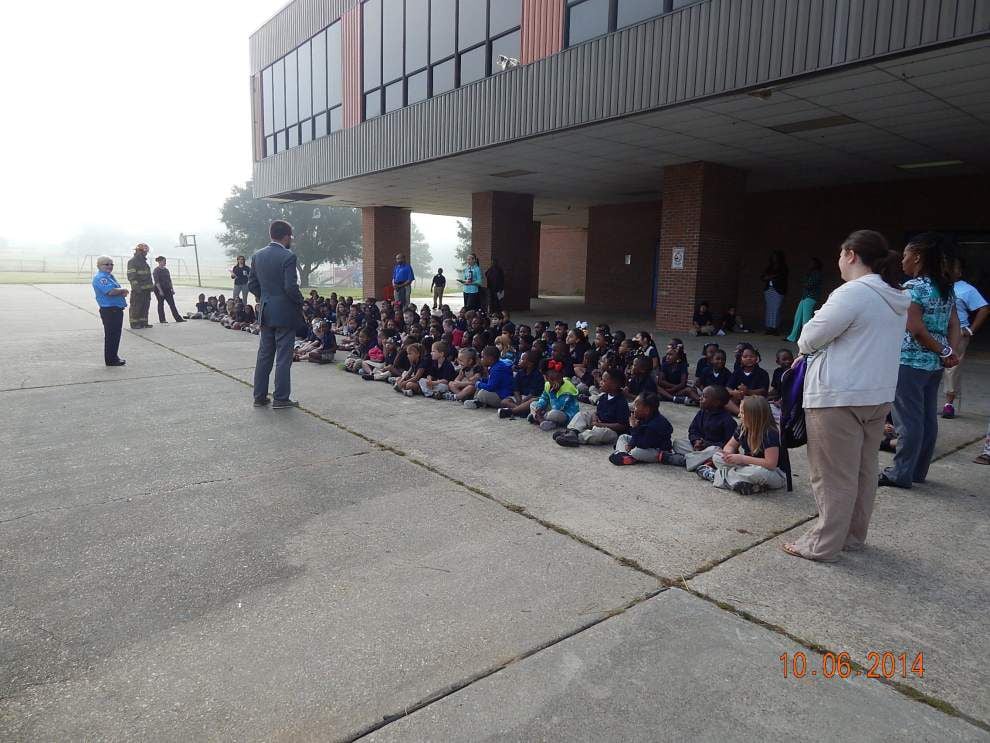 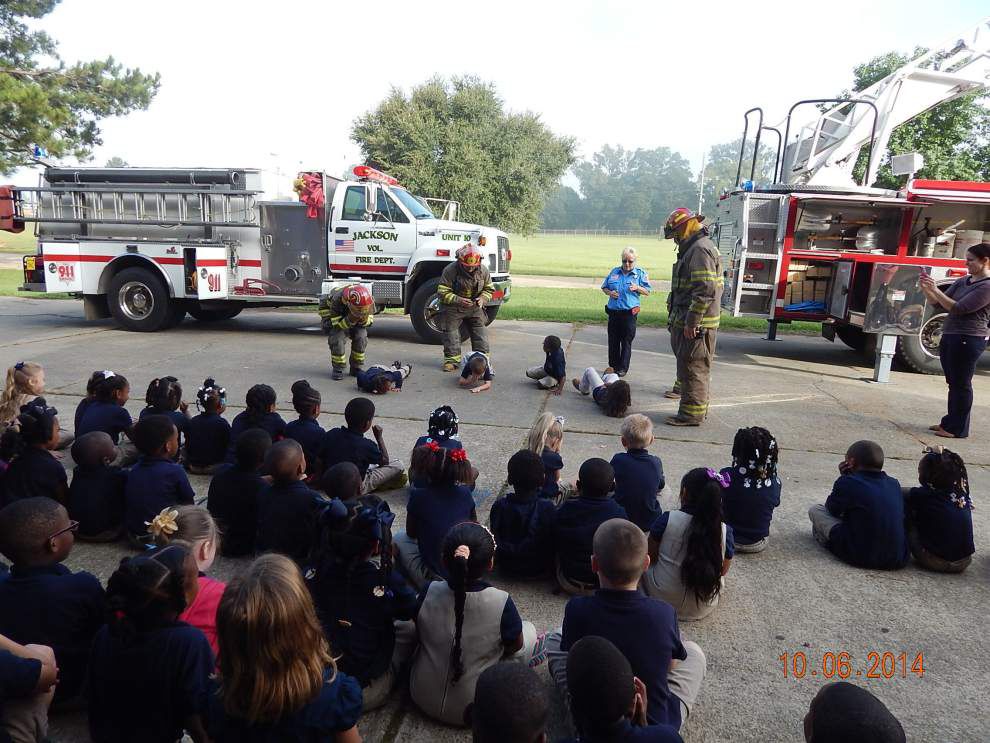 Scott taught the students how to “stop, drop and roll” as firefighters Tommy Lowe, Mickey Cunningham and Chris and Alli Farris demonstrated the techniques.

One of the teaching moments was when a child mentioned the sound from a smoke detector meant dinner was done at home. Scott then explained the purpose of fire safety behind the detector. She said each year during Fire Prevention Week everyone should change the batteries in their smoke alarms.  She also encouraged the students to tell their parents to buy a smoke alarm if they didn’t have one in their homes.

After the lessons, the children were able to tour the two firetrucks. At the end of the firetruck tour, firefighter Scotty Dawson gave each of them a helmet, and Jewel Williams, an auxiliary member, gave them a packet containing a coloring book, some firefighter temporary tattoos and firefighter games.