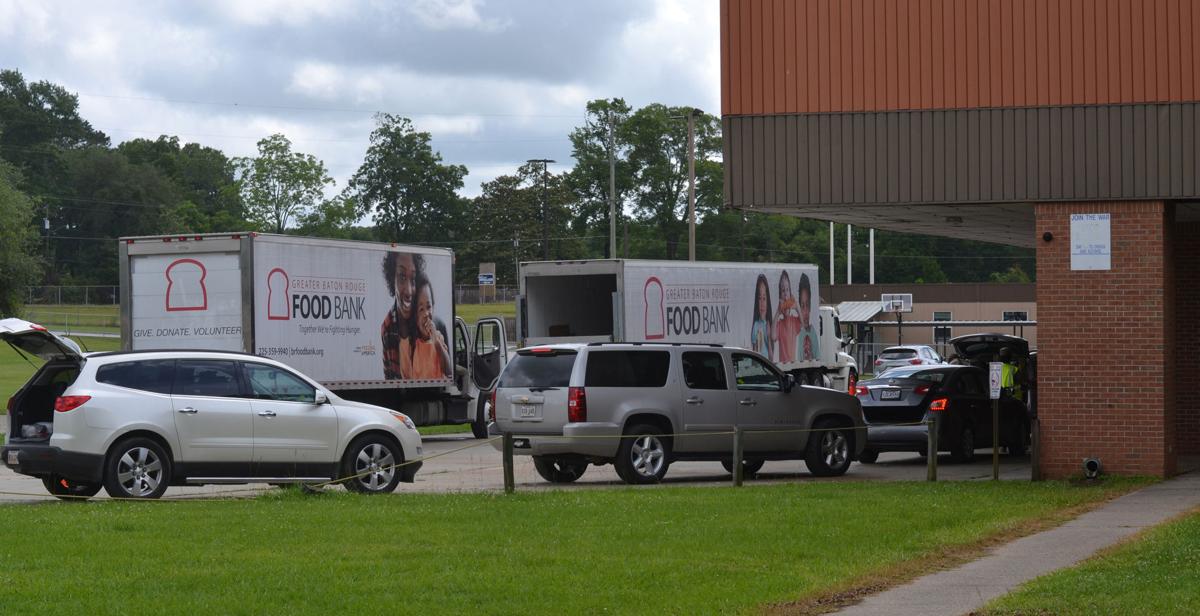 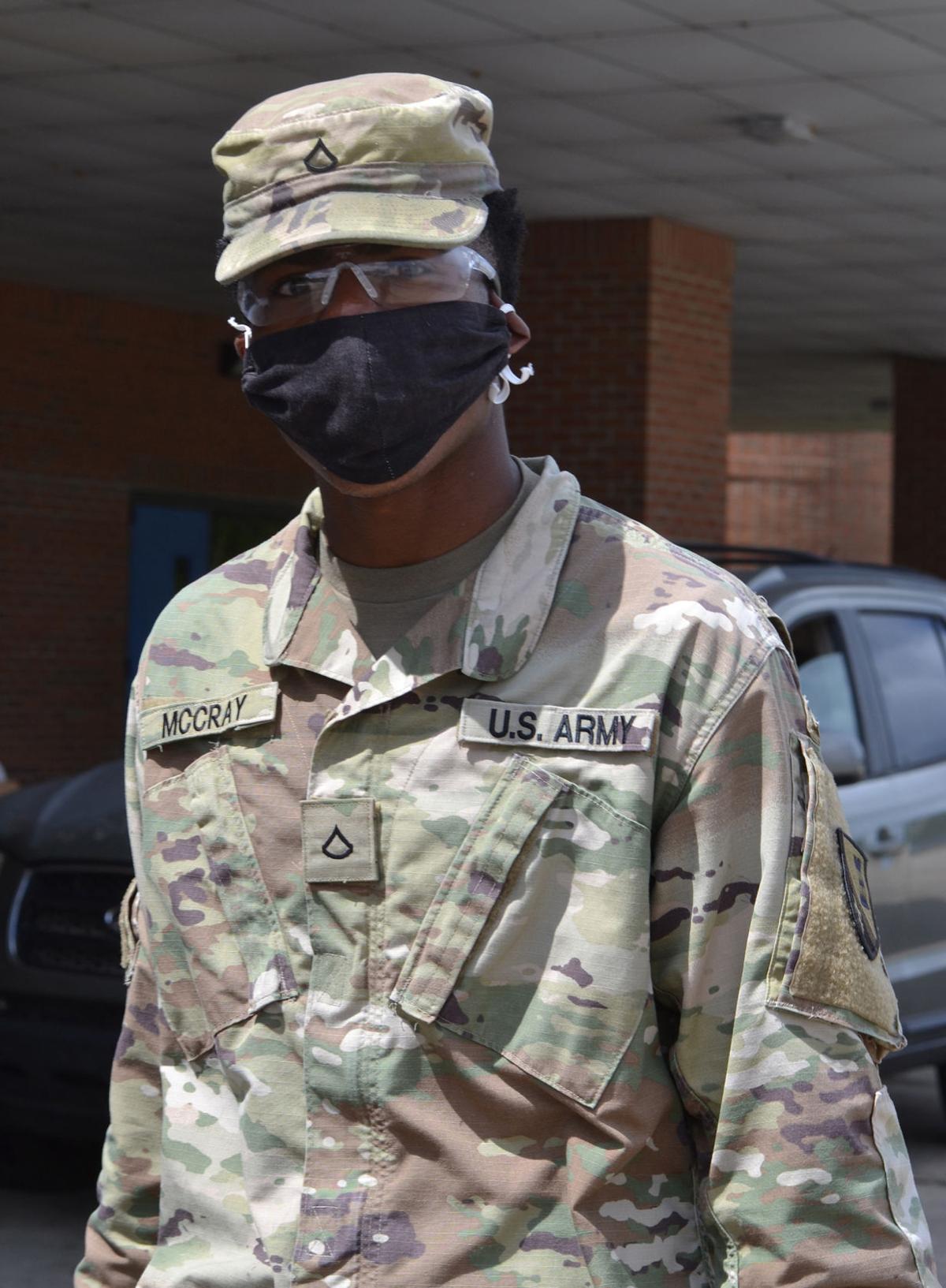 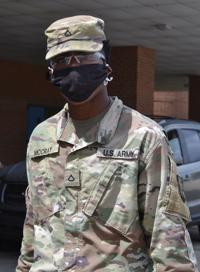 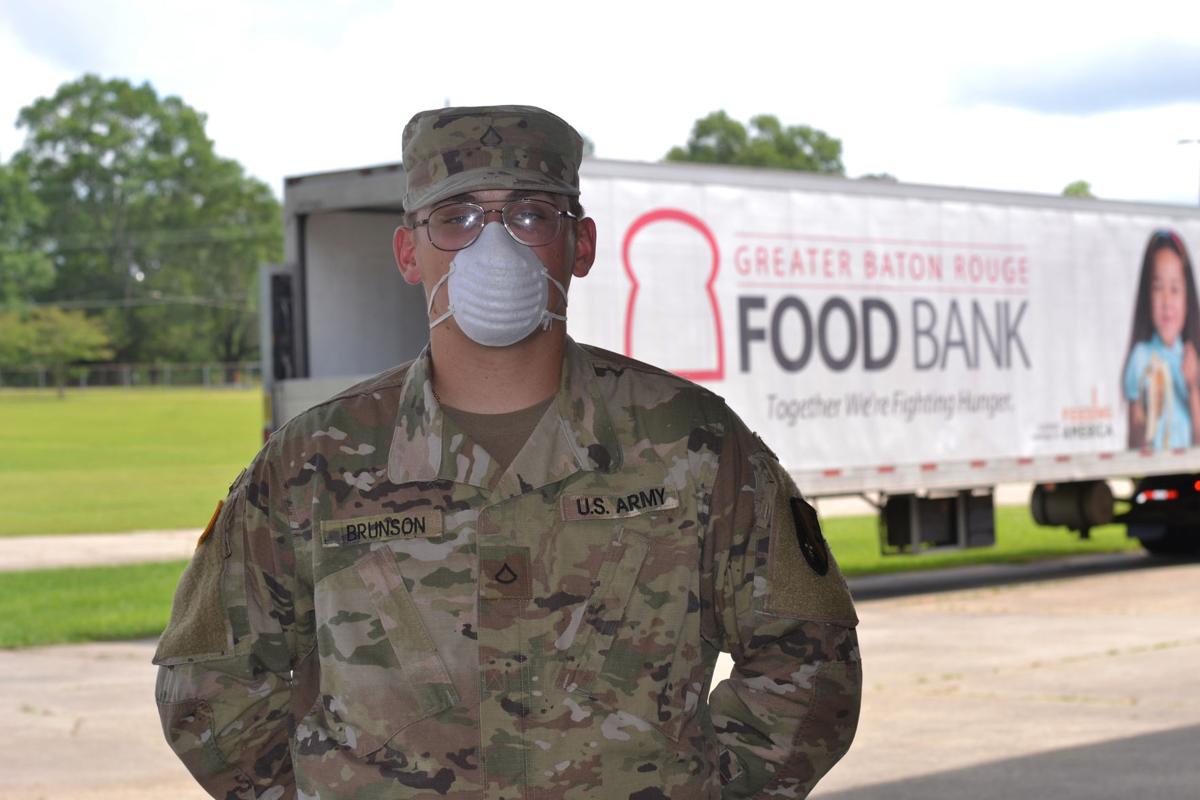 Pfc. Skylar Brunson’s yearlong journey with the National Guard has recently brought him back to the parishes surrounding greater Baton Rouge and to the East Feliciana community he calls home.

Zachary partner with the Food Bank and guardsmen on May 13. The event, held at the Zachary Youth Park, helped about 800 households. Two days later, Brunson and the same crew partnered with Helping in His Name Food Bank to conduct a mass distribution at the high school where he graduated.

“As of March 23, we have been helping the Greater Baton Rouge Food Bank,” Brunson said. “We go to the warehouse to box food and we make thousands of boxes each day.”

Brunson trained at Fort Jackson in South Carolina. He is assigned to National Guard Unit 832nd out of Plaquemine. His unit has been working with the 1021st out of Covington and 922nd out of Gonzales for nearly two months. They have manned distribution events for as little as 500 families and as much as 1,500 families. “We go out to reach the people who depend on the food banks, and those who have been struck by the COVID pandemic and are unable to work,” he said.

Brunson said he grew up between Jackson and Clinton and it means a lot provide relief to this area. “The Baton Rouge Food Bank has been blessing everybody around here — East Baton, Livingston, St. Gabriel and more,” he said. “It’s been a real blessing to be able to help everyone affected by the pandemic.”

Beth Dawson, director of Jackson Food bank, said more turned out than the 500 families expected, but the operation was well organized. “They knew what to do after having many chances to practice,” she said. “I heard we were their last stop.”

The mission of the Greater Baton Rouge Food Bank is to feed the hungry in Baton Rouge and the surrounding parishes by providing food and educational outreach through faith-based and other community partners. Bob Kansas, Food Bank chief operations officer, said those partnerships are crucial to operations.

The Zachary Food Pantry and the Jackson group are partners to the Food Bank. Partners are essential to the food distribution process, Kansas said. “We could not do what we do without having our agency partnerships,” he said. “When we do 400 or 450 households, there are maybe 1,600 people in those households. There’s no way the Food Bank could do all that without our network.”

Recent figures released by the Food Bank say about one in seven adults and one in five children in the food bank’s 11-parish service area are food insecure. The Greater Baton Rouge Food Bank is reporting the number has increased exponentially during the pandemic.

Mobile distributions of emergency food boxes were direct responses to the pandemic. Distributions are focused on workers from service industries like casinos, hotels and restaurants. The food bank also supports its member food pantries, who have suspended operations because the volunteers running them are elderly and are at high-risk for COVID-19.