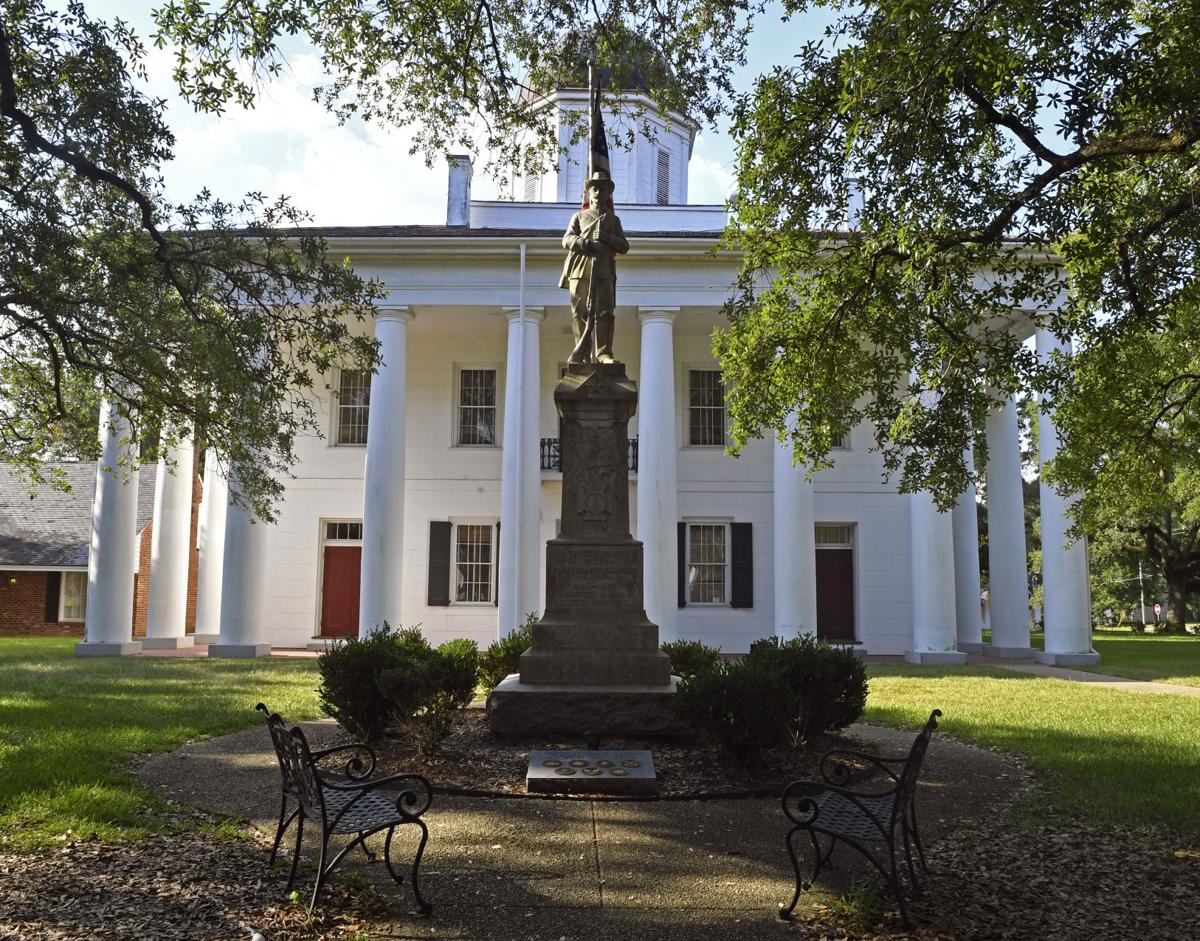 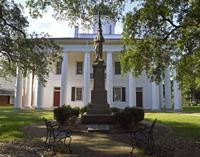 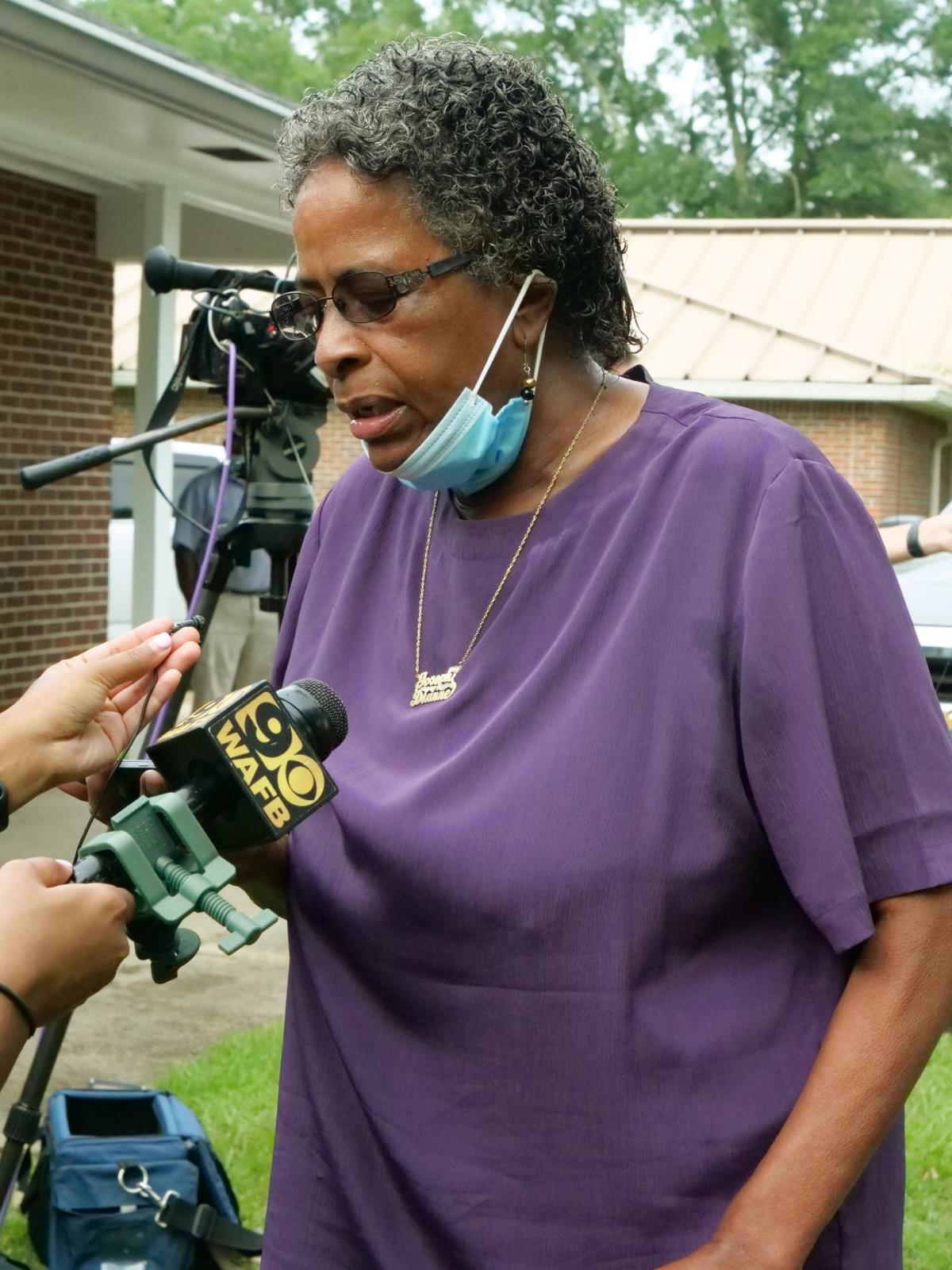 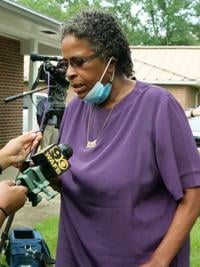 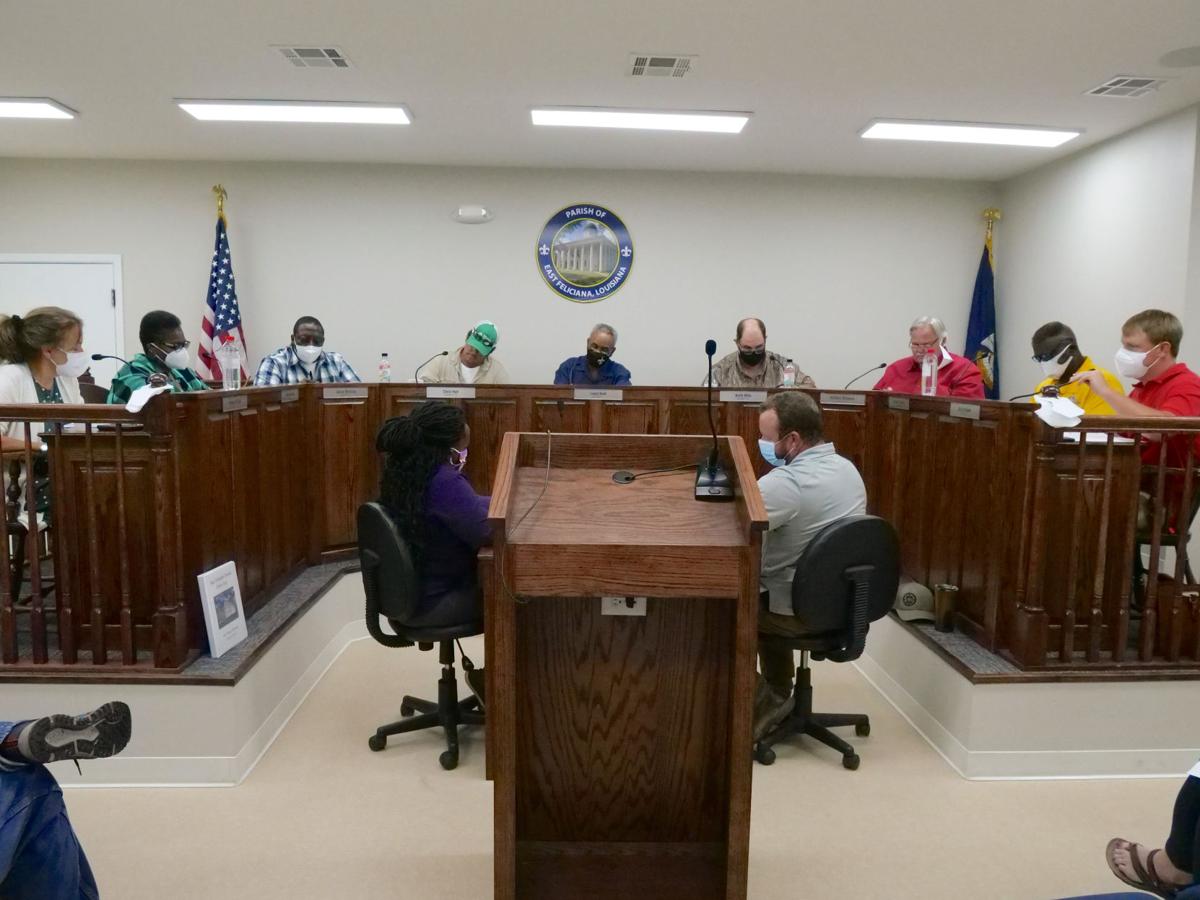 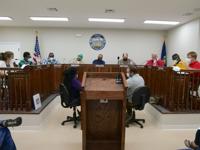 The East Feliciana Police Jury has rejected a proposal to uproot a more than century-old statue of a Confederate soldier from its perch in front of the parish's antebellum courthouse and move it to a cemetery.

Police jurors swept aside a resolution that sought to remove and potentially relocate the Confederate monument in a 5-3 decision at its Monday evening meeting, a vote that in ways mirrored the community's divide over the structure and its location.

“This problem arose three times in the past five years," said Police Jury President Louis Kent. "It’s coming up again and we have to be prepared to face it again."

The monument has towered in front of the parish courthouse as a tribute to Confederate soldiers since it was erected in 1909 by the United Daughters of the Confederacy's local chapter.

Recently, the statue has become a divisive public landmark that's seen renewed calls for its removal amid nationwide protests against racism and police brutality following the death of George Floyd at the hands of Minneapolis police.

Tristan George, a 21-year-old who grew up in Clinton, said he wasn't surprised that the police jury's decision was split between the five White and three Black members.

"It shows they're not ready for change," he said. "It's disappointing."

George was among several people who've called for the removal of the statue, saying it's a relic of slavery and a painful reminder of policies that denied Black residents of their civil rights. They've also expressed concerns about the statue's location in front of the courthouse, saying it should be moved elsewhere.

Those in favor of keeping the statue in place have argued the monument serves as a memorial site for families whose ancestors died during the Civil War and never had a resting spot. Others have said it should remain in place because it's a part of the parish's history.

Some jurors in East Feliciana Parish say the fate of the statue should be put to the voters instead.

Police Jury Vice President Keith Mills, who voted in support of keeping the statue in place, said the police jurors shouldn't be the ones making that call.

"That statue was there long before I was here, and I have never known of it being a problem until it was all brought up," said Mills, the police jury's vice president. "I hate that this is causing a divide like it has."

Parish leaders took no action on the proposal at their last meeting, in order to allow residents to weigh in during a public hearing last week in a larger venue that could accommodate social distancing.

Concerns about the statue in Clinton have arisen in the past, including a similar push to remove it in 2016.

At that time, lawyers representing a Black man charged with a gun offense argued the statue is a "symbol of racial intolerance" and demanded his case to be moved to another parish.

A district judge denied the request, and a state appeals court in Baton Rouge upheld the lower court's decision in a 2-1 vote that split along racial lines among the three-judge panel.

East Feliciana Parish officials have also grown concerned with recent unrest that's seen protesters in other cities, including in New Orleans, forcibly remove statues with ties to the Confederacy, slavery or colonialism.

Jody Moreau, the East Feliciana Parish homeland security director, had cited worries the courthouse statue could be targeted and toppled.

Other municipalities across the country have begun mulling or even taking action on removing Confederate and other monuments.

The Iberville Parish Council last month voted to remove a similar statue in Plaquemine. East Baton Rouge's mayor-president has said she plans to create a committee to review streets and other landmarks with ties to slavery.

George said he plans to continue pressing the issue to move the statue.

"People are still holding on times of the past," he said. "I believe this year has been a year of change and I think it's time everyone realize that."