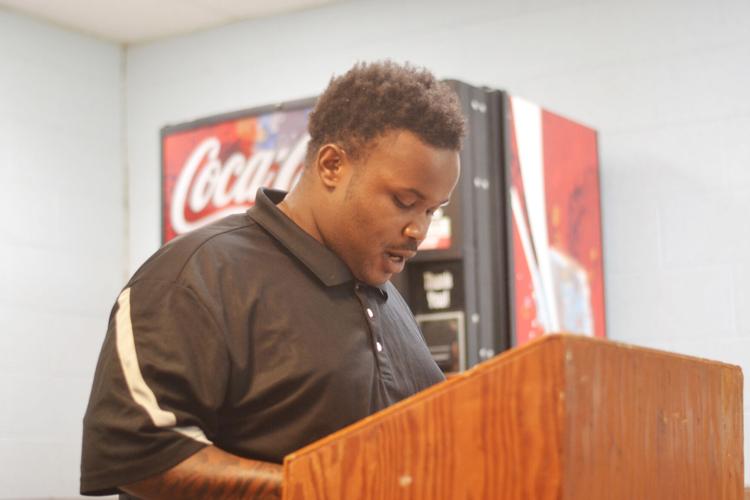 Willie Sanders III reads a letter to his younger self, Friday, June 10, 2022, during the graduation ceremony of the Inside/Out Dad’s program at the East Feliciana Parish Prison. 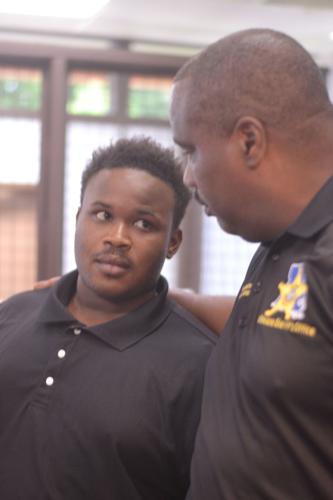 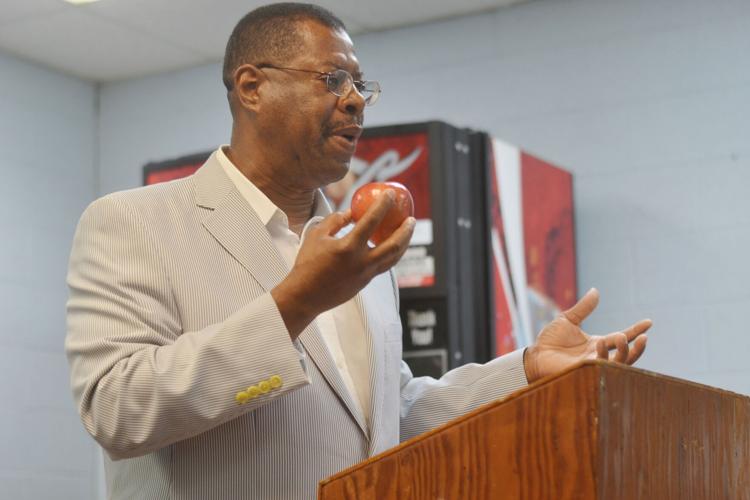 The Rev. Milton Coates using an apple to symbolize hidden potential Friday, June 10, 2022, during the graduation ceremony of the Inside/Out Dad’s program at the East Feliciana Parish Prison. 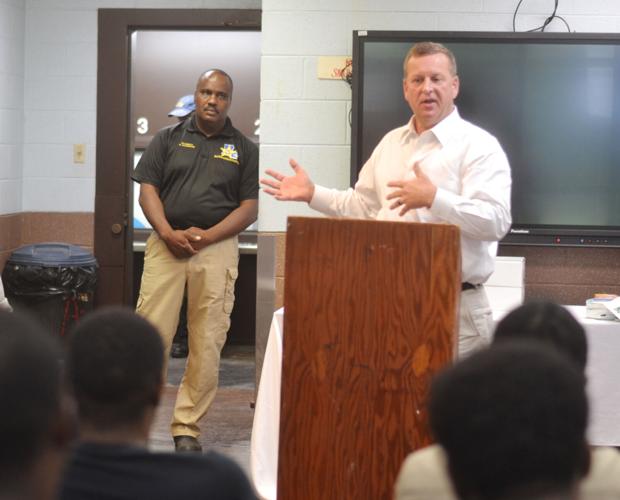 The Rev. Milton Coates using an apple to symbolize hidden potential Friday, June 10, 2022, during the graduation ceremony of the Inside/Out Dad’s program at the East Feliciana Parish Prison.

Confined father Willie Sanders III wrote a letter full of wisdom and concern postdated May 17, 2013, to high school graduate Willie Sanders. Hindsight is always 20/20, but the view of the world from inside prison bars makes this young dad vested in the better world waiting for him when he is reunited with his three children.

Sanders is one of 11 fathers who made up the 2022 graduating class of Inside/Out Dad, a parenting class that prepares inmates at the East Feliciana Parish Prison to re-enter society and become strong forces in their children’s lives.

“The focus of the class is to teach offenders effective communication skills, guidance techniques, and positive discipline strategies,” said Melinda Ganes, an instructor in the prison’s work release program. “These offenders participated in an eight-week-long rigorous program that has prepared them to become better fathers to their children.”

Sanders will take those skills and attempt to be a good dad, but first he seeks to pinpoint the pitfalls from his young life. “First I would like to tell you say 'no' to drugs, they are going to take you down in the long run," he read from his letter. “It starts off fun until the recreational use becomes a necessity. You made it 17 years without them, and your future will be very bright without them.”

The letter is simple and stern but keeps focus on the little ones who also call Sanders daddy. “The girlfriend that you're with now will have three kids with you — they are beautiful,” he writes. “Please don’t try to cheat because you're not good at that at all. Be faithful and go to work every morning and you have a great amount of happiness and wealth just like you've had these last 17 years.”

East Feliciana Parish Prison Warden Kelly Sanders administers the work release program and he said his goal is to enhance the program by offering more opportunities to offenders before release. Kenny Sanders said he realizes that, in an effort to break the cycle, it is important for fathers to play an active role in their child's lives.

The class puts an emphasis is on building skills, providing support, and helping participants understand the needs and abilities of their children during different stages of child development.

Ganes, a counselor in the East Baton Rouge Parish School System, said many of the offenders' fathers have been absent in their lives and that absence influenced the choices they have made. She believes instilling active parenting influences healthy choices in a child's life which ultimately results in productive citizens.

“Kids who have an absent parent in the household also have a lot of social emotional challenges,” she said. “They develop issues such as not knowing how to properly communicate, acting out in the class, not knowing how to express their emotions, and being aggressive toward their peers.”

The Rev. Milton Coats, the graduation guest speaker, used his message to inspire the fathers to be leaders, the train locomotive, of their children’s lives while also seeing the potential that lies ahead for them and their families.

Coats, a St. Francisville pastor and president of the West Feliciana School Board, use an apple to drive home the message of potential, or something that can be done, but has not been done yet. “So, if I'm willing to put in the work, I can get an apple tree or I can get a whole orchard of apples,” he said.

The errors or obstacles placed in the path of each Inside/Out Dad does not change the potential for them or their children/seeds, Coats said. Like in a classroom, when life’s problems present themselves, it is important not to run from them. Instead, recognize that the answer is planted on the inside. “I want to tell you that on the inside of every fish, there's a whole school of fish,” he said. “On the inside of every bird that's a whole flock of birds.”

Sheriff Jeff Travis echoed the encouraging messages while stepping into the role of law enforcement cheerleader. “I'm very happy that you guys are taking advantage of programs like these because that's all you can do,” he said. “Take advantage every day, day by day, try to get better.”

Travis explained how parish prison-based programs are geared to preparation and training, but he highly recommended deep, spiritual change. “These are tools that you're being given will help you understand a different way of possibly doing things,” he said. “But if you don't know Jesus Christ, you can't put all these good things to work. Without a spiritual transformation, it's going be very hard to make a change.”