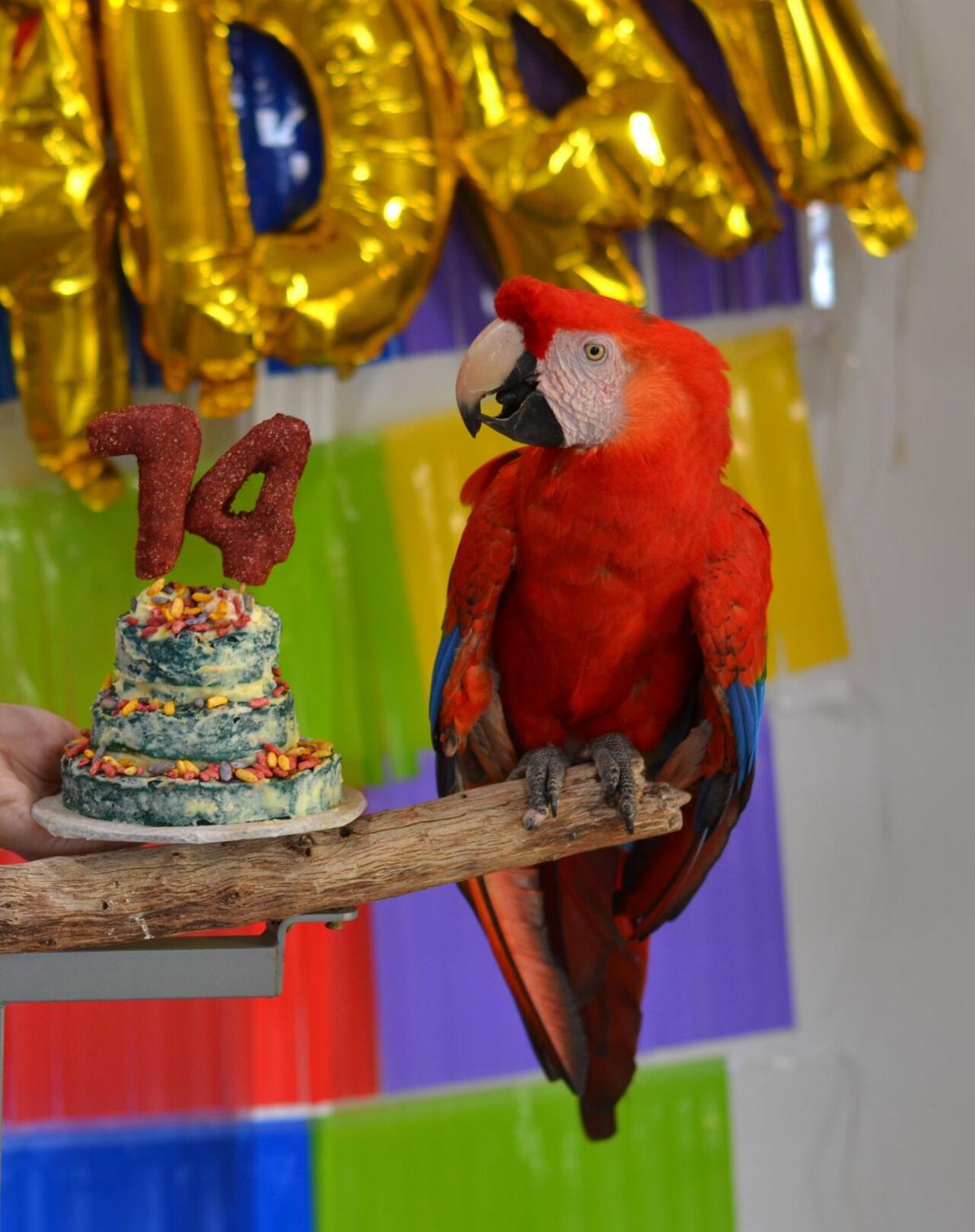 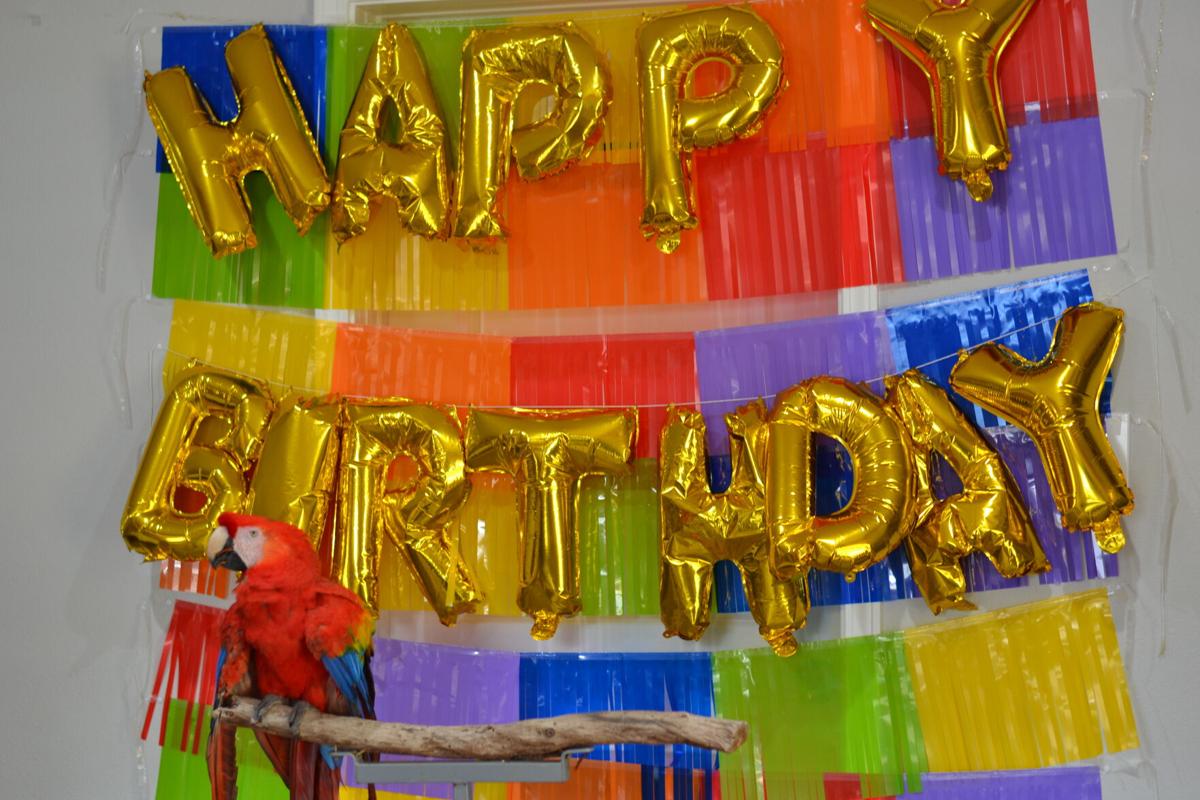 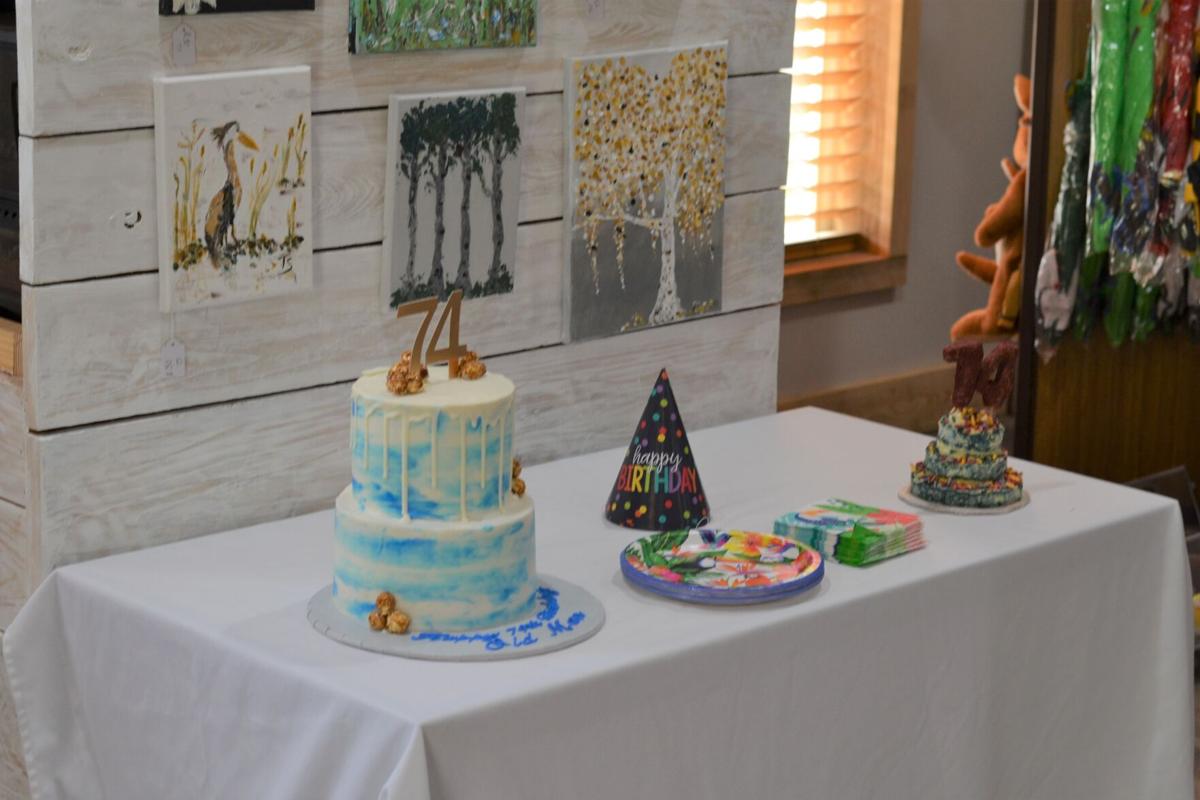 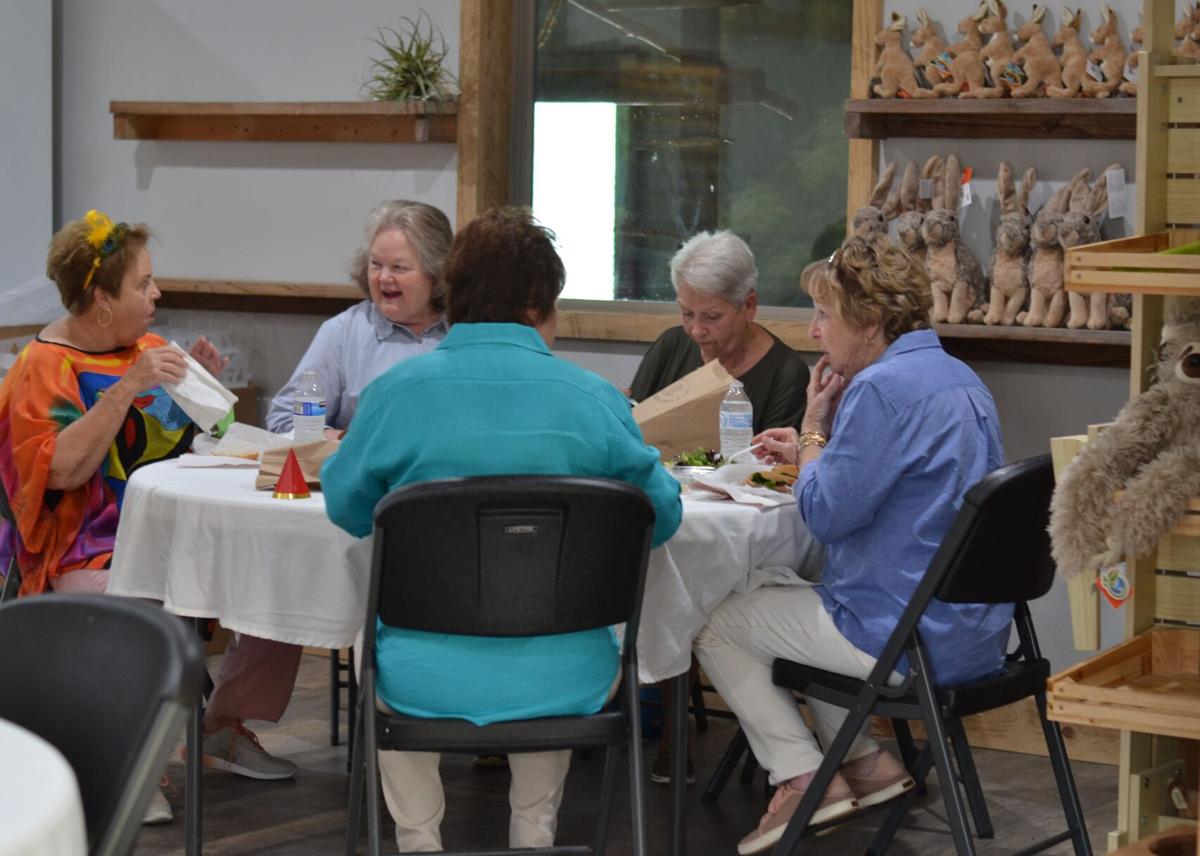 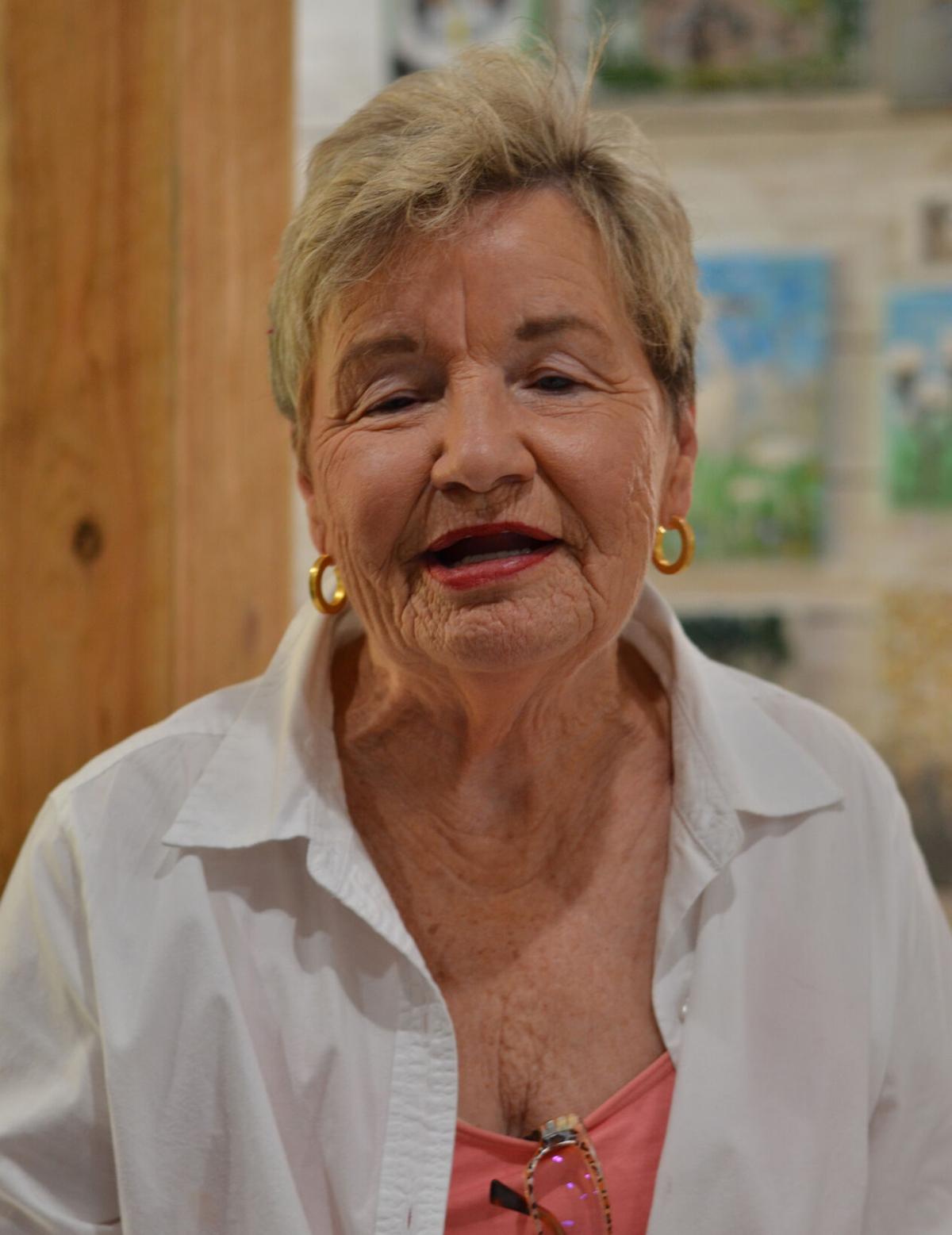 Paula Barnett brought the party and the guests Thursday, April 29 to Barn Hill Preserve to celebrate the 74th birthday of scarlet macaw resident Old Man. Barnett, a resident of Clinton, is the grandmother of the preserve’s founder Gage Ligon. 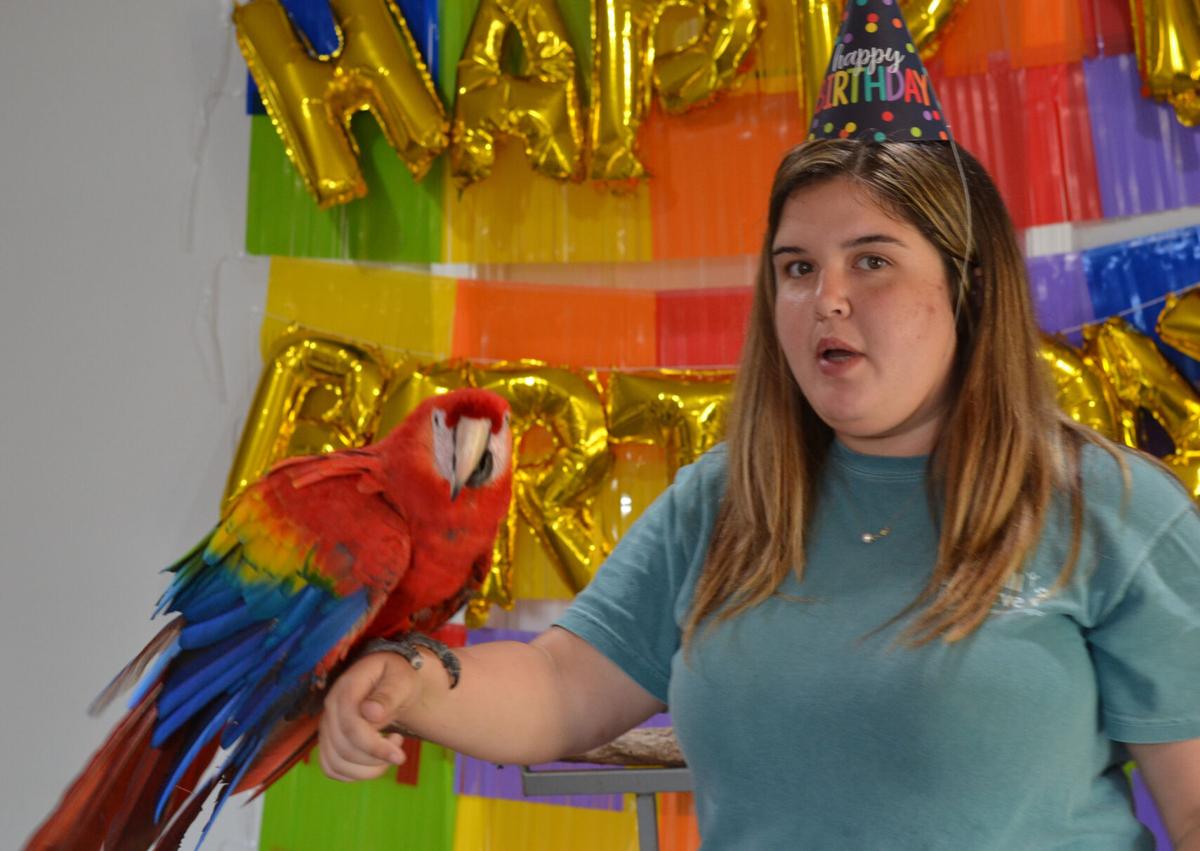 Paula Barnett brought the party and the guests Thursday, April 29 to Barn Hill Preserve to celebrate the 74th birthday of scarlet macaw resident Old Man. Barnett, a resident of Clinton, is the grandmother of the preserve’s founder Gage Ligon.

A group of Clinton seniors helped make Old Man’s 74th birthday special on April 29. They laughed and sang, and he squawked and spread his wings before pecking the numbers off of a bird-friendly cake.

Barn Hill Preserve’s brand manager Marisa Saladino coordinated the event, but Ligon’s grandmother Paula Barnett and her ladies group made it a party. Like Old Man, most of the party goers were in their 70s with the baby of the bunch at 68. Barnett said the group kept busy with a canasta club in Clinton before the pandemic hit and the opportunity to party with a bird was well-received.

“I called them up to tell them that I had an invitation for them,” she said. “And they said ‘to where?’ I said it was a birthday party for a bird and they cracked up laughing but they were nice enough to accommodate.”

Barnett has watched the preserve grow from a barn that served as a college apartment to a world-renowned sanctuary and animal education organization. “Gabe was about 19 years old and he started taking animals into Clinton-area schools,” she said. “It expanded into Mississippi schools, he started acquiring more animals, but his ultimate goal was to build this.”

Old Man isn’t the only exotic bird at Barn Hill Preserve, but he is a special resident. Scarlet Macaws live an average of 50 years, but their lifespan can reach 75 to 80 years in captivity. Old Man is known as an owner surrender. Because of their longevity, many parrots outlive their owners and Old Man’s person surrendered him and he has been a resident of Ethel for five years.

The staff doesn’t have many details on his life, but his paperwork does include a April 26, 1947 birthday. To put that date into perspective, Harry S. Truman was president of the United States after the second world war ended and the Cold War began, Jackie Robinson broke the professional baseball color barrier when he signed with the Brooklyn Dodgers, and a little chick left the shell and grew some wings 74 years ago.

Old Man’s kin are natives of the lowland rainforests of Central and South America. He is one of many exotic birds and animal ambassador residents at Barn Hill Preserve.