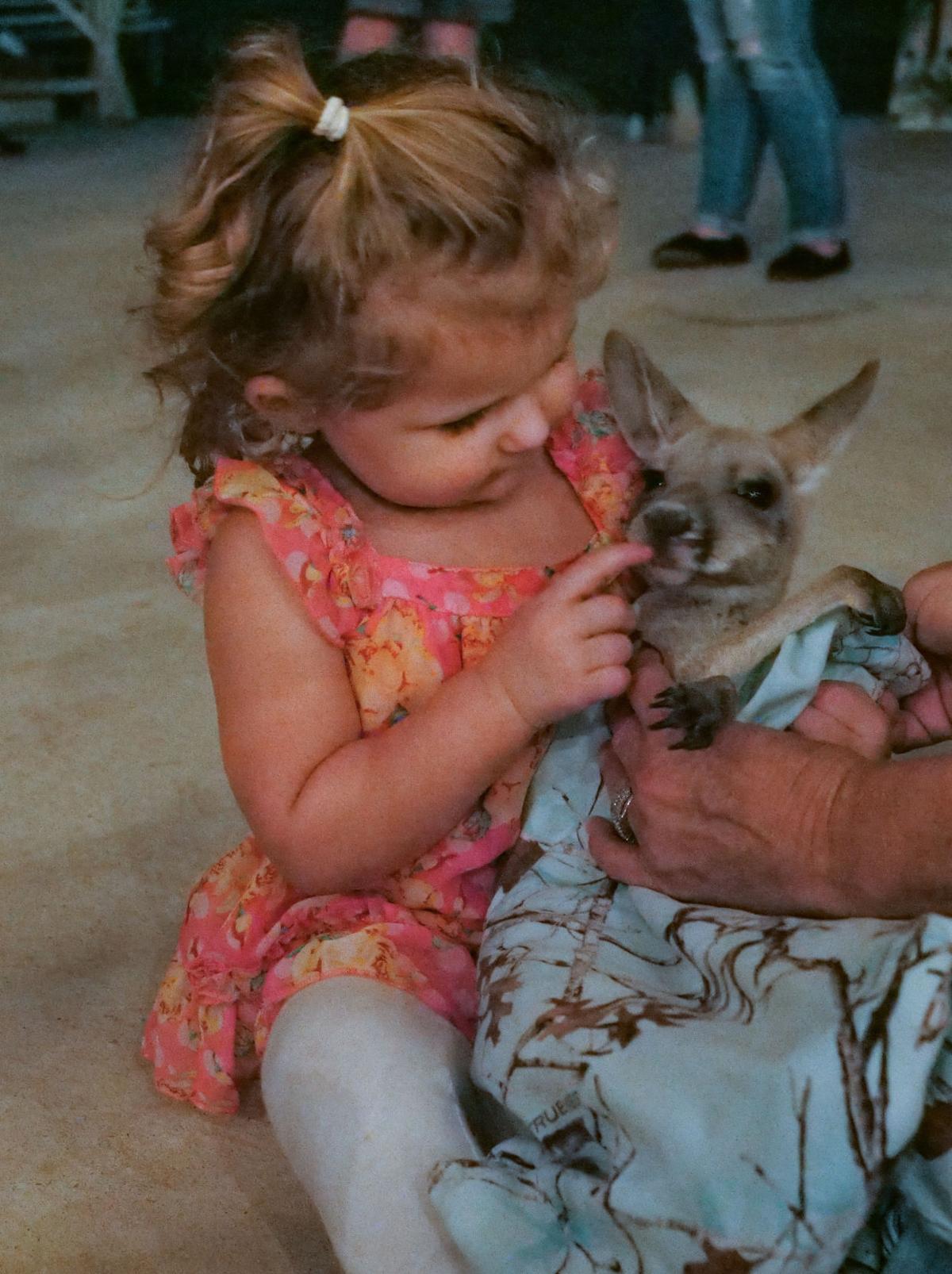 Winnie the Roo, a red kangaroo, is held by Dalilah Dubroc  during Color the Night fundraiser event for free-flying macaws at the Barn Hill Preserve. 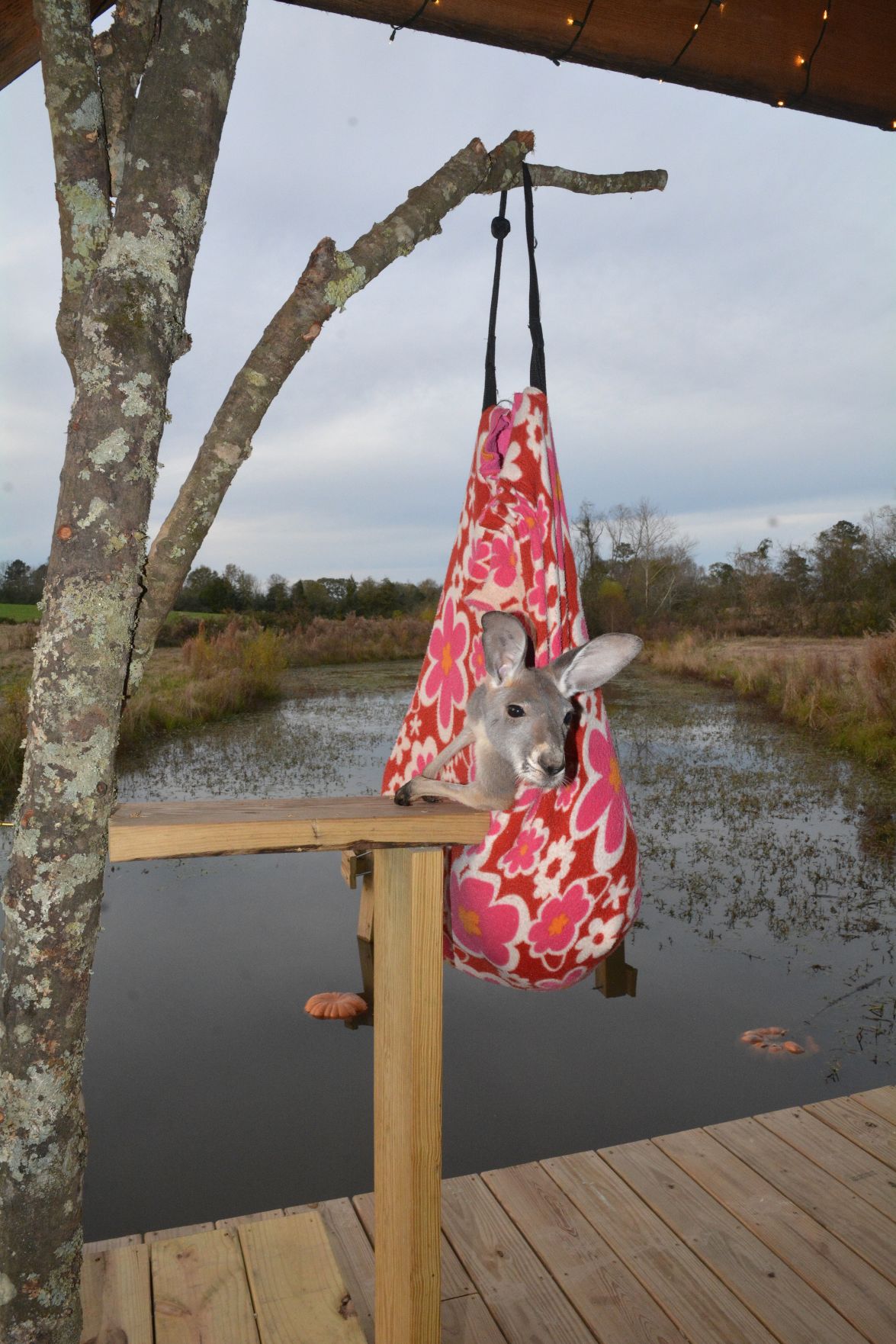 Just hanging out at the Barn Hill Preserve.

Winnie the Roo, a red kangaroo, is held by Dalilah Dubroc  during Color the Night fundraiser event for free-flying macaws at the Barn Hill Preserve.

Just hanging out at the Barn Hill Preserve.

The owner of an East Feliciana Parish wildlife sanctuary will travel to Australia this week to help wildlife injured in the country’s devastating bushfires.

Gabe Ligon, the owner of Barn Hill Preserve in Ethel, said he will leave for Australia on Monday with an initial stockpile of a specialized milk that joeys — baby kangaroos — need, as well as medical supplies that can help the animals. A team of three more Barn Hill employees will join with additional donations soon after.

“We’re trying to bring and raise money for mostly specialty things,” Ligon said. “There’s a lot of focus on people sewing those pouches for joeys and other animals but I’m trying to focus more on medical supplies. … What I’ve learned caring for captive kangaroos I think will be huge in helping because they require such unique care.”

Barn Hill has a number of native Australian animals on site including red kangaroos, cockatoos, wallabies and skinks, and Ligon traveled to Australia in late 2018 to help care for flying foxes injured in a massive heat wave that spread across northern Queensland.

It’s contacts he gained through that 2018 work that led him to volunteer now, though he doesn’t yet know where he’ll be dispatched or for how long. The team has committed to a month on site initially, starting outside the South Australian city of Adelaide.

The country’s wildfires have been burning since September, causing 25 human deaths and destroying an estimated 15.6 million acres of land, according to a report this week by the BBC.

The Washington Post reports the fires have impacted or killed more than one billion animals.

“I think the fires are still so rampant that we don’t know exactly what’s happened and how devastating it is,” Ligon said. “We’ve dedicated at least a month and once we get there will work and see where volunteers are needed because everybody’s been so busy putting out fires nobody can stop and take an assessment.”

Back home in Louisiana, Ligon has organized a fundraiser in conjunction with Yoga Rouge for Friday and Saturday, Jan. 17 and 18.

For a $50 donation, participants can complete a beginners yoga class at the studio with baby kangaroos hopping around, much like the popular goat yoga craze. The Barn Hill kangaroos will be set loose during the class, and participants can take photos with them at the end.

“You kind of just get on your mat and everyone’s doing a gentle flow yoga, then the animals just hop around,” she said. “It’s a fun, lighthearted class; we just ask that you stay on the mat and let the animals come to you.”

The studio has done fundraiser classes before in a similar concept with bunnies, so Ligon reached out to Kemp this week to see if they’d be willing to take on kangaroos to benefit Australia.

The classes are scheduled Friday from 5:15 p.m. to 6:15 p.m. and Saturday from 2 p.m. to 3 p.m. at Yoga Rouge on Nicholson Drive. Participants need to register in advance through the studio’s website.

Ligon also has set up a GoFundMe account that as of Friday afternoon had raised more than $7,000 for supplies his team can take to Australia to help their efforts.