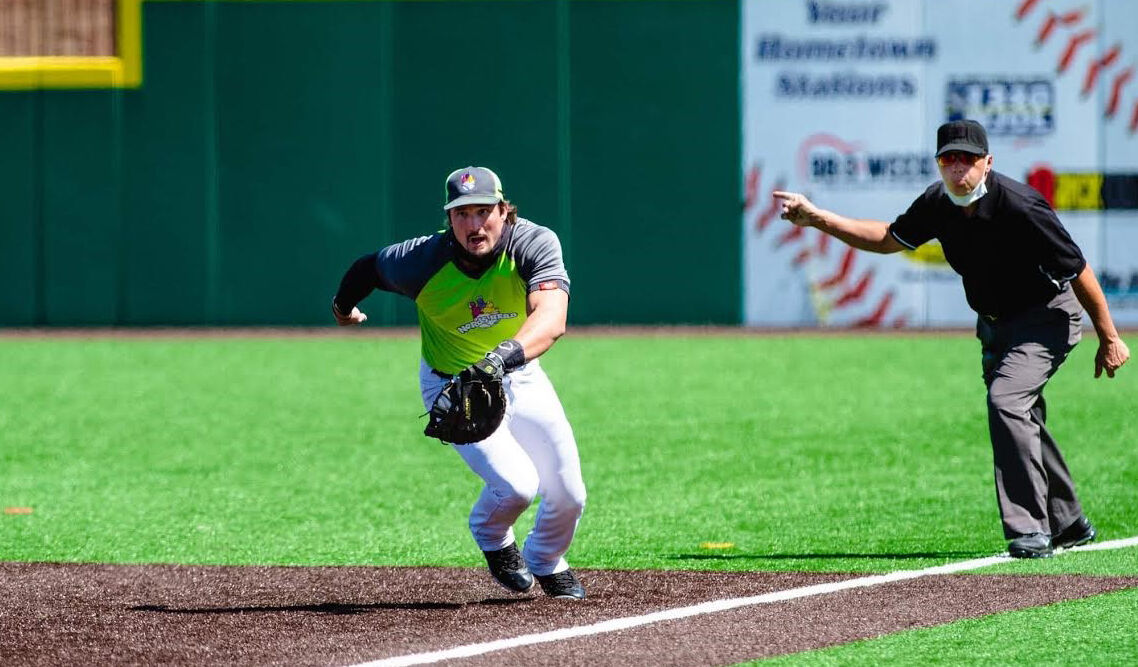 Mark Traylor of Ponchatoula takes off as a member of the Joliet Nerds Herd. 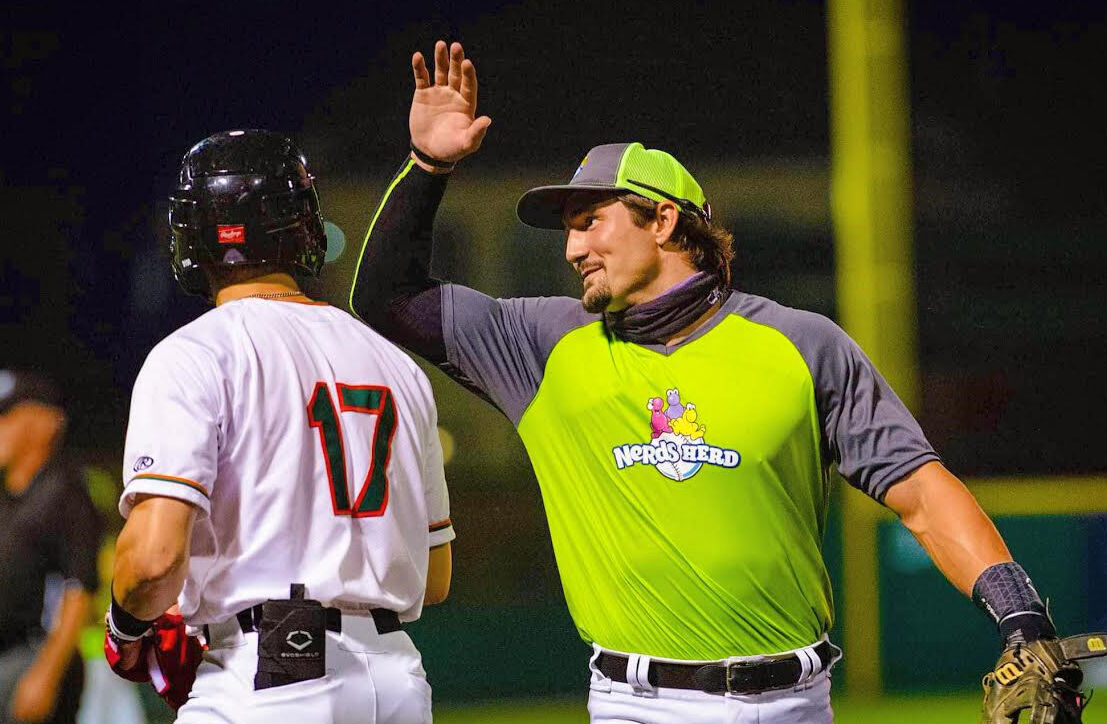 Mark Traylor during a game as a Nerds Herd player. 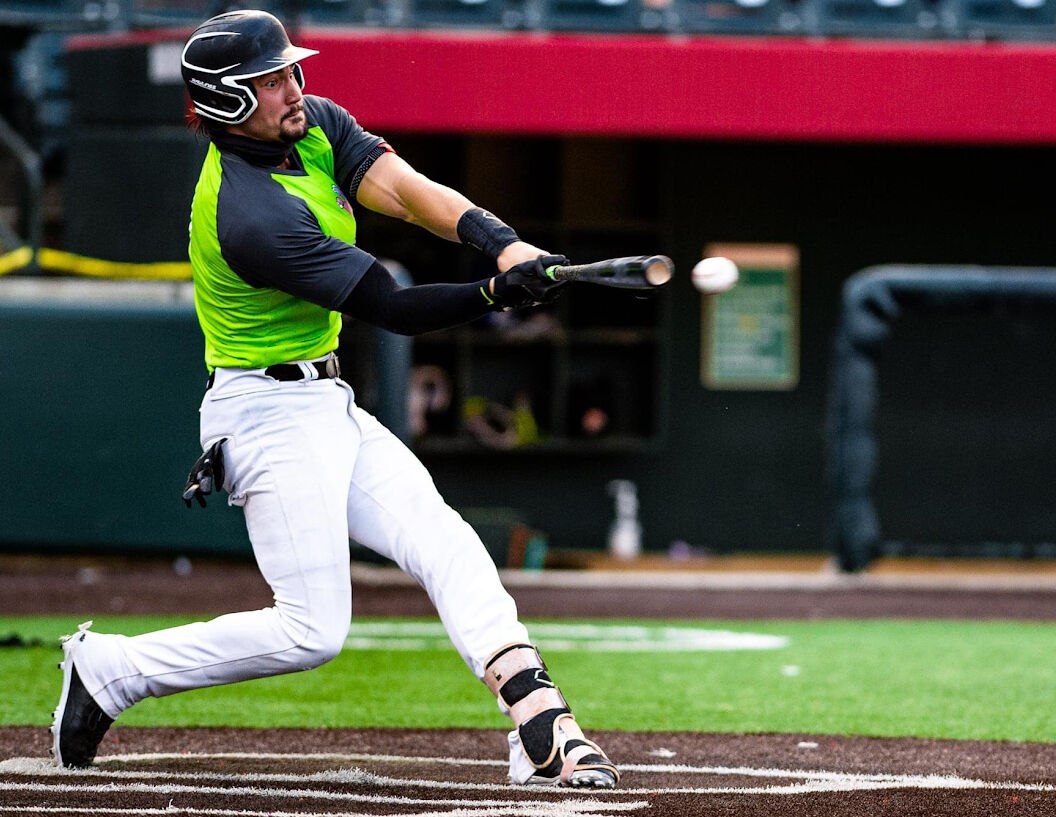 Mark Traylor hits during a recent game with the Joliet Nerds Herd in the City of Champions Cup.

Mark Traylor of Ponchatoula takes off as a member of the Joliet Nerds Herd.

Mark Traylor during a game as a Nerds Herd player.

Mark Traylor hits during a recent game with the Joliet Nerds Herd in the City of Champions Cup.

The path of a minor league baseball player can have many twists and turns, all in the pursuit of an elusive chance to play in the big leagues.

Last year, the ups and downs of a career had former Ponchatoula High baseball player Mark Traylor Jr., contemplating stepping away from the game he loves. But, as he was considering life after baseball, new opportunities opened up for him.

A multi-tooled player with speed and power, Traylor was drafted by the Miami Marlins in 2017 as an outfielder. An injury in spring training and its subsequent rehabilitation caused him to miss that season. It led to Traylor spending most of the last three years playing in minor and independent leagues on the fringe of Major League Baseball.

It wasn’t a long time in terms of an overall career, but it was long enough for Traylor to begin wondering if he would get a shot at the big leagues.

“I’m in the best shape of my life, and I continue to put up great stats every year, but in professional baseball I’m getting old,” Traylor said. “I’ve got teammates that are 17 and 18 years old so there’s more pressure on me at 27 years old to produce and get the job done.”

Traylor handled the pressure well enough to push his batting average above .300 for the third consecutive season in the Pecos League. It was enough for him to garner interest from the Frontier League, a northern independent league with teams in seven states and two Canadian provinces. When the Frontier League put together an abbreviated season called the City of Champions Cup, Traylor got a call that got his career moving in a new direction.

“I had been playing for the Houston Apollos,” Traylor said. “(The Pecos League) was the only league that was playing at the time because of COVID. Then I got a call that I was drafted in the 24th round to a team called the Joliet Nerds Herd. It was an opportunity to play at a higher level.”

The Nerds Herd would be one of four teams to play in the City of Champions Cup. Each team was assigned a 26-game schedule, and all games were played at DuPage Medical Group Field in Joliet, Illinois. The only catch for Traylor was that the team was overstocked with outfielders.

“Basically, my manager, Corky Miller, told me, ‘I want you in the lineup. Would you be willing to play first base?’ and I said absolutely,” Traylor said. “Whatever gets me on the field, I’m fine with it.”

Traylor batted .250 for the Nerds Herd, and played first base well enough to get noticed by Dan Roan, coach of the Frontier League’s Lake Erie Crushers. Roan called Traylor a few days after Christmas to offer him a spot with the Crushers, not as an outfielder, but as a first baseman.

The Frontier League is set to return to a full schedule with 16 teams in 2021. The league recently merged with the Can-Am League, and is now officially affiliated with Major League Baseball, a partnership that brings the league money and prestige.

“It's a good opportunity,” Traylor said. “At this point in my career, the call that I got (from Roan) and the contract that I signed for the 2021 season is the best professional opportunity that I have had. They’re getting me on a workout regimen and telling me what they expect of me before I get there in May.

“(The Frontier League) is the equivalent of AA ball, and I’ll be playing with some great players. It's going to open a lot of doors for me.”

For athletes who don’t have doors that open, there comes a point when they must decide if it is time to move on. For Traylor, more time appears to be a well-deserved luxury coming his way as he continues his pursuit of a major league career.

Editor's note: This story was changed on Jan. 19 to correct the spelling of Mark Traylor's name in the headline and photo captions.