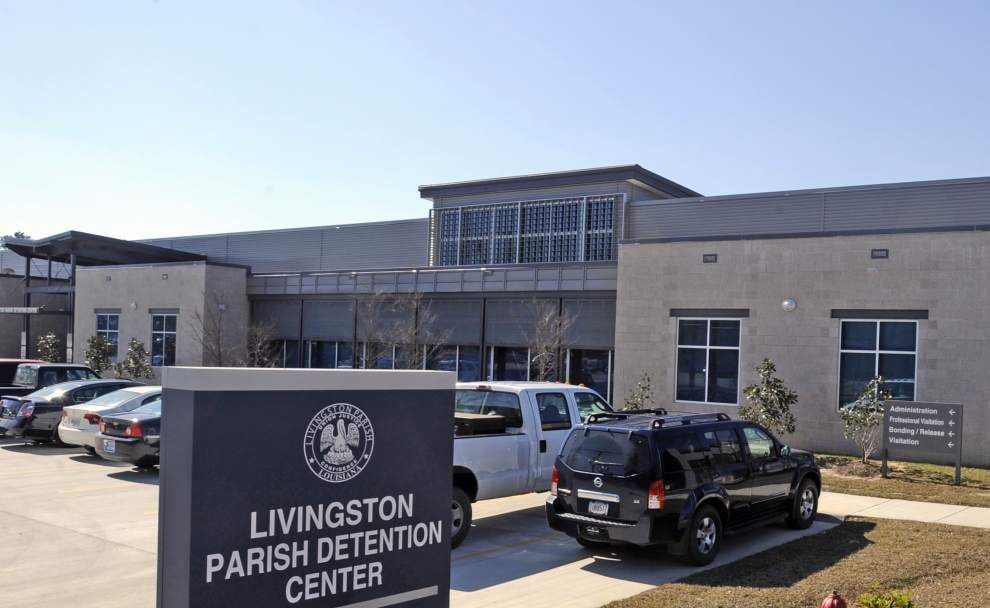 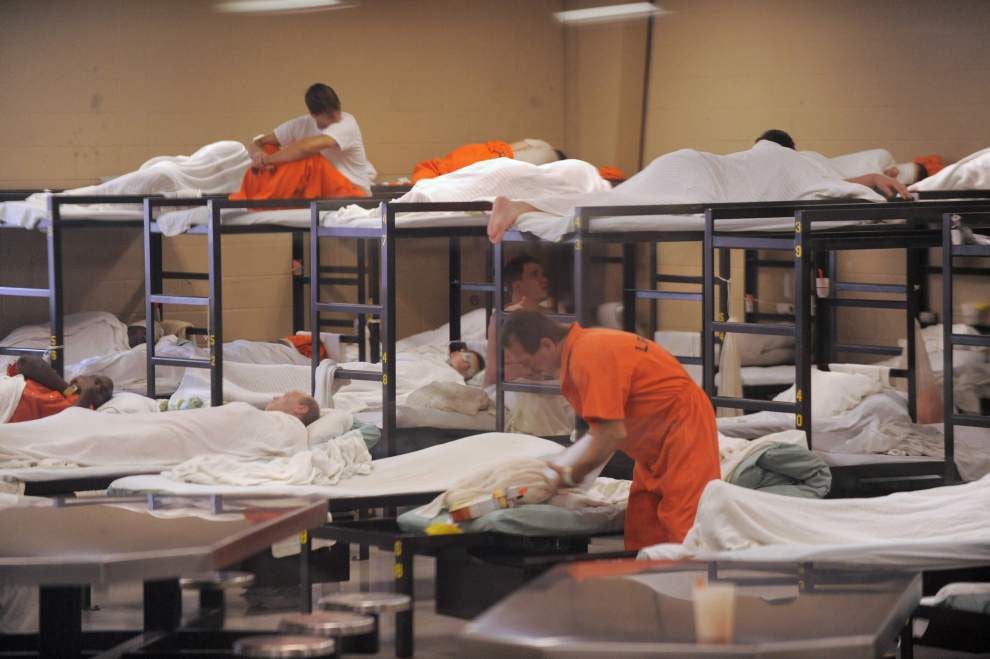 Advocate file photo by TRAVIS SPRADLING. Livingston Parish Detention Center 's dormitory C-2, which was at capacity with 75 inmates in this 2011 photo. The center was built in 2008 and is usually full now and having to send prisoners out of parish.

Advocate file photo by TRAVIS SPRADLING. Livingston Parish Detention Center 's dormitory C-2, which was at capacity with 75 inmates in this 2011 photo. The center was built in 2008 and is usually full now and having to send prisoners out of parish.

The Livingston Parish Jail's long-running budget deficit has cost parish government about $10 million over the past decade, spurring officials to take a hard look at costs — and at whether the parish is jailing too many people for too long.

The jail is paid for with a quarter of a one-cent sales tax, the rest of which pays for parish road projects. When expenses grow beyond the money that collects, the jail runs a deficit, requiring officials to take money from elsewhere in the parish budget.

The sheriff’s office runs the jail, but the parish pays its expenses, including food, medical, supplies and insurance.

In 2019, the jail had a $1.2 million deficit, according to parish finance director Jennifer Meyers, and it’s projected to lose $850,000 in 2020. That's on top of the roughly $3.5 million in debt the parish must pay off for its construction.

The jail's deficit has sapped about $10 million from other parts of the parish budget since it was built.

The jail was built in 2008 with room for 647 inmates, and the construction debt won't be paid off until 2022. But officials say an expansion is already necessary because the facility is often at or over capacity.

“As a finance director that’s a deal I never would’ve authorized," Meyers said. "(I would’ve said) we’re not going into this knowing we’re at a loss for the life of the debt.” Meyers, parish president Layton Ricks and Sheriff Jason Ard were not in their positions when the jail was originally approved. They call it an "inherited problem."

The recently approved budget includes references to a jail oversight committee. Such a committee hasn't met yet, but it would likely include representatives from the parish administration, the Livingston Parish Sheriff’s Office, the District Attorney’s Office and the 21st Judicial District judges.

One big-picture question officials are asking: Does the parish put too many people in jail?

“We may have prisoners in there that don’t need to be in there and we could do other things with them, but we’ve really got to get together and talk about our options,” Ricks said.

With the introduction of Livingston Parish’s proposed 2020 budget, a Master Plan Committee that had for months been stalled due to a lack of f…

The parish president said sheriff and court officials would be critical to that discussion.

Similar conversations are happening in state and local governments across the country. Advocates argue law enforcement should be arresting and imprisoning fewer people, and those who are arrested should be moved more quickly through courts so they don't languish in jail before trial.

Wanda Bertram, spokeswoman for the nonprofit Prison Policy Initiative, said there are numerous alternatives to jail stays that have been proven not to harm public safety. She said law enforcement agencies around the country are increasingly looking to those options to reduce debts and avoid jail expansions.

Bertram suggested the parish's first step should be to analyze how many people in the jail have not yet been convicted of crime, can't pay their bail or were arrested on non-violent offenses like trespassing or technical probation violations. She also suggested a hard look at how many inmates are there because of underlying issues like mental illness or drug abuse.

“A lot of people think jails hold only the most dangerous people out there… in reality what we’ve found is most people who go to jail are the poorest of the poor, a disproportionate number have serious health issues or are homeless,” she said. “If a county is lacking in substance abuse resource, for example, you’ll see people in substance abuse crisis in jails. If it’s lacking affordable housing, you’ll see more homeless people in jails, so that can be a good entry point for officials and the public to understand the issues.”

She said solutions like reducing or eliminating the cash bail system, increasing diversion programs, spending money instead on mental health and drug abuse resources in the community, and creating a system to address and expedite those low-level offense cases in the court system could in turn help reduce jail costs.

“The movement to close jails or resist building bigger jails has been gaining traction… there’s a growing consensus that pretrial detention could be drastically reduced without any risk to public safety at all,” Bertram said.

Meyers, the parish finance director, said she’s hopeful there’s not only a focus on finances, but also on the arrest and prosecution procedures in the parish that continue to funnel in inmates.

She said there is no plan right now to expand the jail. Parish officials plan to wait out the final debt repayment in 2022 and repay money taken from other parts of the government.

“We’ve got to wait to get in the black to expand out services,” Meyers said. “We want to do that and know it’s an issue but we cannot do that until we can afford to pay for it. I don’t ever want to make the mistakes the previous (administration) did and leave this problem for 20 years from now.”

Parish officials hope the tax base, which was diminished by the 2016 floods, will keep growing. That could ease some of the financial pressure on the jail.

But it's difficult to predict how much the jail's expenses will change from year to year. Inmate numbers, vendor costs and prisoner health can vary wildly. For example: If an inmate is HIV-positive or has AIDS, their medical costs can run upwards of $15,000 a week.

“There’s really not a lot you can do for now, it basically is what it is,” Ricks said. “We’re mandated to pay whatever the cost is. We don’t decide who goes into jail, the medical, we just have to cover the cost.”