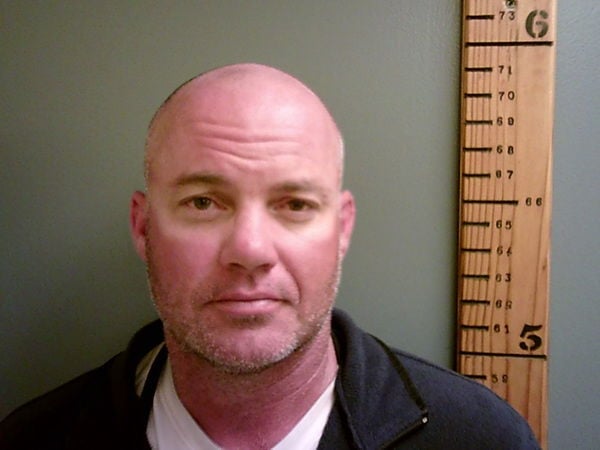 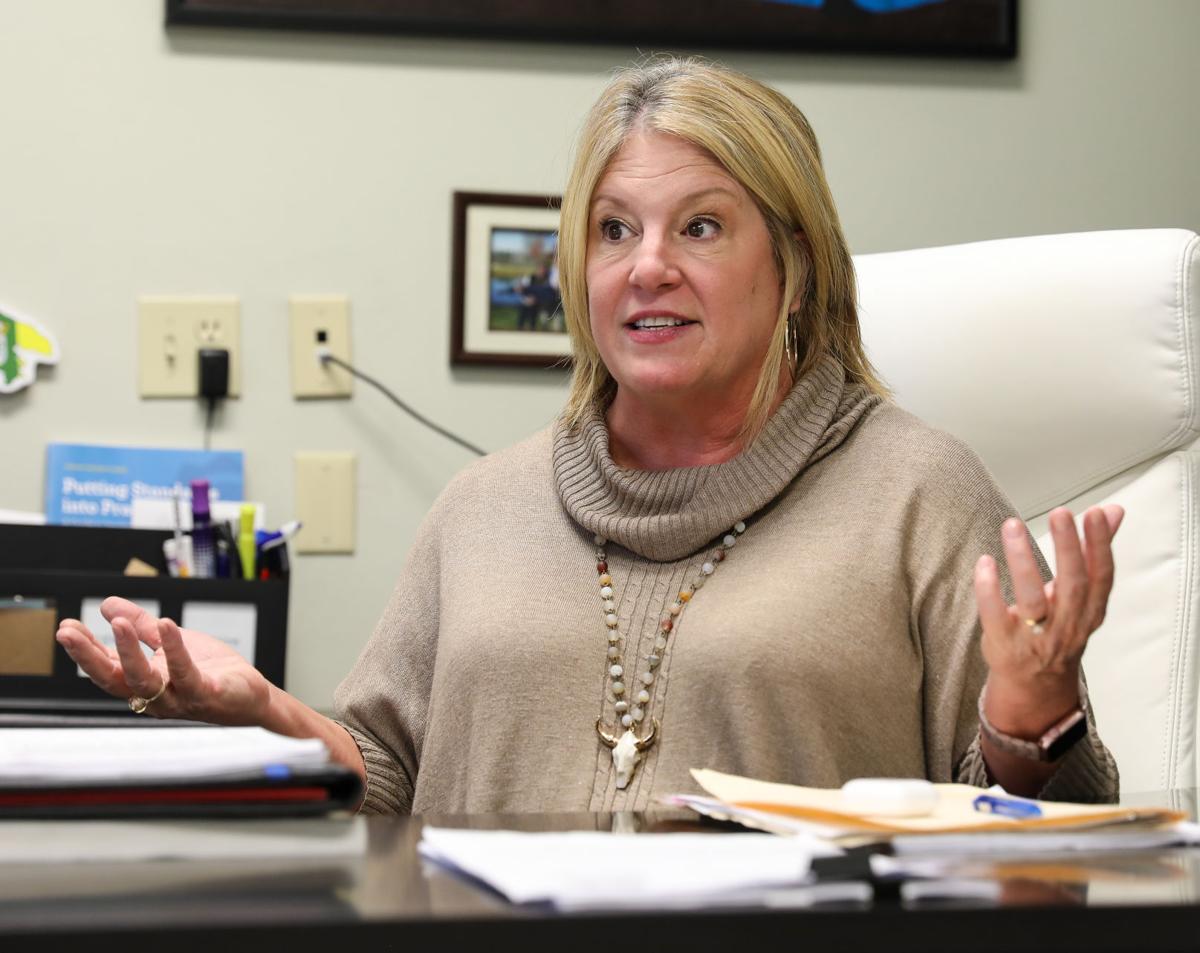 Toni Bankston, executive director of the Baton Rouge Children's Advocacy Center, explains one of purposes of grooming behavior is to create access for the predator to the child in Baton Rouge on Friday, Nov. 22. 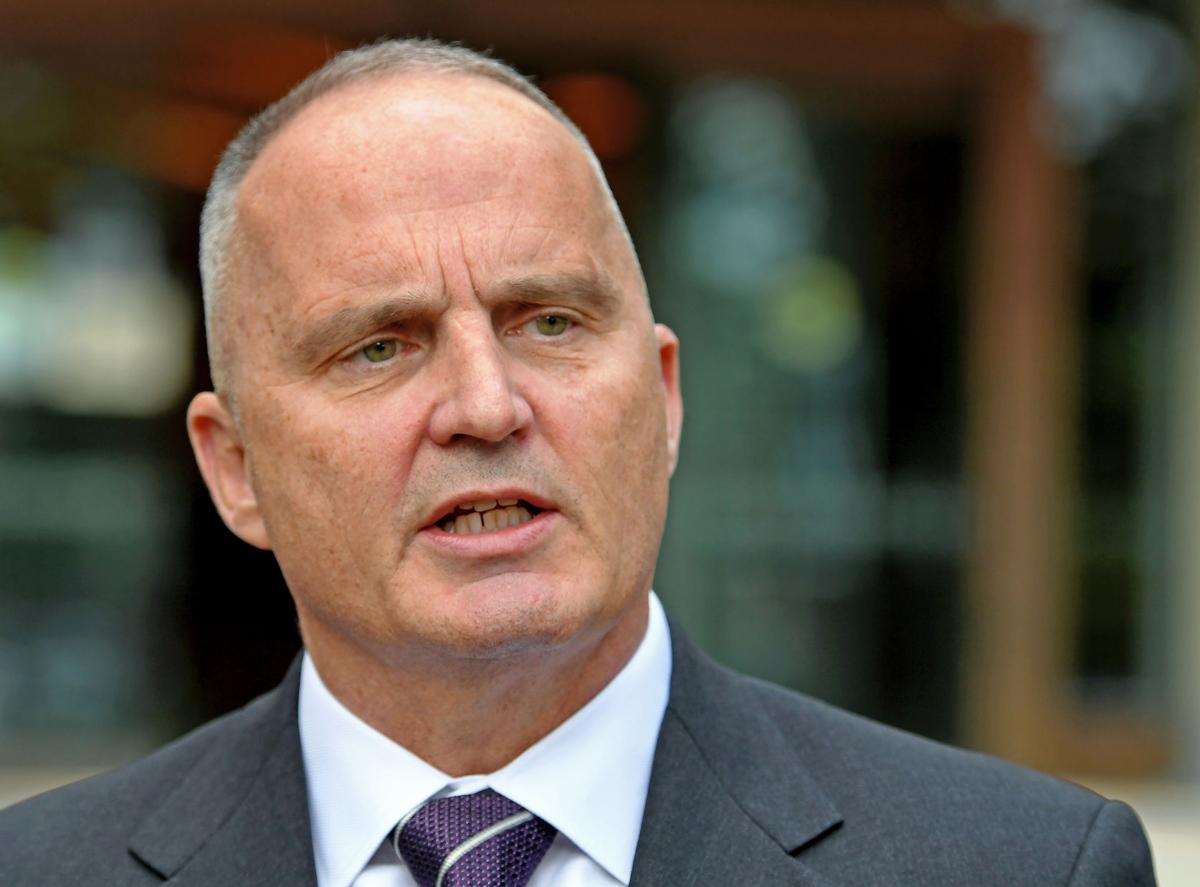 Claims that former Livingston Parish Sheriff’s deputy Dennis Perkins sexually groomed a young girl years before he was arrested on numerous child sex counts likely could not have been legally addressed due to state and federal laws that largely limit law enforcement from acting on allegations of grooming, a common precursor to sexual assault.

The case has garnered international media attention and caused widespread concern in Livingston Parish as residents speculated whether the alleged acts involved local children and infiltrated the school system. The state Attorney General’s Office, which has led prosecution, has released few details about the nature of the allegations, citing the ongoing need for sensitivity to the victims and the risk of jeopardizing the case.

The public still does not know how many children were involved, the timeline of the events, the nature of the events, and how, if at all, Dennis and Cynthia Perkins knew the children. However, experts say the grooming allegation raises questions as to whether more incidents, and victims, may have gone unreported in the years leading up to Perkins’ arrest.

Grooming is a category of innocuous acts carried out by child predators intended to build trust with their future victims and sometimes victims’ families, to downplay their involvement in and access to a child’s life or normalize their inappropriate behavior.

Some of those acts may include spending a heightened amount of time with a certain child, buying the child gifts, isolating them, gradually introducing sexual concepts or images to them or nurturing them either in person or online, according to the National Center for Missing and Exploited Children.

The 2013 grooming allegation involves a young girl who went for a sleepover at Dennis Perkins’ home.

State Police documents indicate Perkins’ wife at the time — who was not Cynthia Perkins — awoke to find her husband in bed with the young girl, watching a movie. His wife called the young girl’s mother to tell her. The man who at the time was the girl's stepfather and who ultimately was one of two people who reported the incident to authorities said he and his wife, out of caution, sent the girl to counseling and never allowed her back to the Perkins residence.

The counselor told the man and his wife that, from what the child said, Dennis Perkins had engaged in grooming behavior but nothing hands-on had occurred, according to the State Police report.

“The counselor also told (them) that he believed Perkins had done this before and would do it again,” the report reads.

The stepfather, who also is a Baton Rouge Police officer, was referred to LPSO to make a report, and was the second person to do so, according to State Police reports. The BRPD officer did not file a formal complaint with LPSO and investigators determined a crime did not occur in 2013.

While watching a movie in bed with a child is not against the law in Louisiana, many child sexual abuse cases involve this type of behavior, which gains traction and intensifies into more sexual behavior until a child is abused, experts say.

“In the Perkins case, it appears there were red flags raised along the way and they did seem to take the appropriate conduct by alerting counselors and having the child go through treatment," said former U.S. Attorney Walt Green. "Unfortunately the way our society is and our laws are set up, it’s difficult for law enforcement to go after sexual grooming.”

Green added that it would not be surprising if investigators find other victims or incidents as they track back through Dennis Perkins’ past, given the grooming allegation history.

Louisiana law does not explicitly allow for the prosecution of child grooming acts on their own merit but references only physical abusive acts that follow, like assault, molestation or rape, for example. On the federal level, grooming is prosecutable but is limited to certain parameters, like if the internet is used to lure a victim or there is travel between states to meet for sexual encounters.

To enact a child sexual grooming statute would be complex, Green said, because it becomes incredibly difficult to prove that seemingly kind or innocent gestures like giving a child a gift or talking to them online is borne from ill intent.

“Grooming is usually not illegal so if you try to make it illegal what would be the elements? How would you prove that?” he said. “If you’ve got someone who wants to know your child and learn about their problems, it could be grooming, but how would you prove the sexual intent?”

Green also said most child predators, whether they use online or in-person tactics to gain access to a child, are adept at diffusing suspicion and can sometimes put themselves in positions of authority, like teachers or police officers, to gain trust.

Toni Bankston, executive director of the Baton Rouge Children's Advocacy Center, said grooming behavior is difficult to distinguish particularly in situations where a child and adult know each other in person, like through family or another avenue, but there should be a stronger legal and community focus on the behavior before it turns into abuse.

She said she’s seen cases where someone has abused a child, and authorities — usually federal authorities — are able to retroactively apply grooming or enticement laws, but there’s no framework to stop it in its infancy.

“That in and of itself is, I don’t want to say a crime because in Louisiana I don’t think it is, but it’s a (violation),” Bankston said. “The act (of grooming) itself can be exciting to the perpetrator, the lead up, the build up, so that’s why we’re trying to get tougher with laws about child sexual abuse.”

Bankston said the best defense against a child becoming a victim is for parents to stay active in their child’s life, their online presence and to cultivate an environment where the child would feel safe telling the parent anything that had made them uncomfortable.

Often child predators will isolate the child physically and emotionally, and rely on secrecy or even threats to keep the victim from telling other adults about the activity.

Although child grooming as it stands has few legal repercussions, Bankston said, if a parent or anyone else in the community suspects that type of behavior between an adult and a child, they should ask the child questions about the relationship.

If there’s any indication of inappropriate activity, even if not illegal, Bankston said, it’s important to reach out to an agency like a Children's Advocacy Center to complete a forensic interview and determine there are no other undisclosed acts that could have criminal repercussions. And the child may also benefit from therapy thereafter, she said.

Livingston Parish Sheriff Jason Ard, who has commented seldom about his personal relationship with Perkins but has called him "family" and acted as a personal reference for Perkins’ last two law enforcement jobs, said in a recent news conference about the case that he was made aware of the 2013 inappropriate touching complaint. He said the stepfather had come to him with a claim Perkins was sleeping with his wife, and during that conversation he said Perkins had also inappropriately touched the child.

Ard said he does not have documentation of the allegation, and told reporters he’d completed what he called a “verbal investigation” that entailed asking Dennis Perkins whether the allegations were true, but he denied them. It’s unclear whether similar complaints were ever made about Perkins’ conduct that also went undocumented, but Ard said he was not made aware of the claim a licensed counselor had classified the behavior as grooming.

Neither Cynthia nor Dennis Perkins has a significant criminal history. Cynthia Perkins’ personnel file with the school district is exempt from public records law. Dennis Perkins’ record with LPSO — where he had worked since 2002 and gained seniority within the SWAT team — is void of any disciplinary measures or reports of conduct concern. In fact, it contains several letters of praise from when he completed community outreach work or acted swiftly on crimes like burglaries in progress.

Dennis Perkins is next scheduled to appear in court on his series of child pornography and child sex counts Dec. 19.