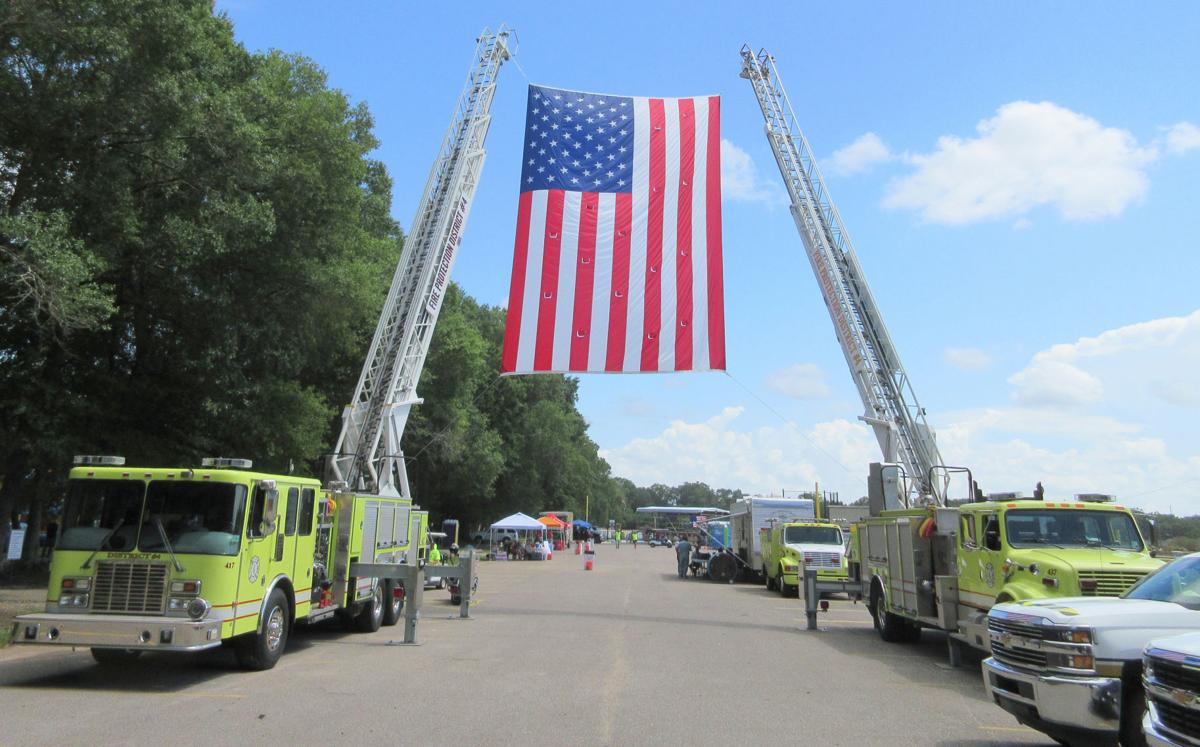 A high flying U.S. flag greets visitors at a previous Walker Fourth of July celebration. Walker will once again hold its Fourth of July festival at Sidney Hutchinson Park with events starting at 3 p.m. and concluding with a fireworks display after dark. Visitors to the celebration are asked to take precautions such as social distancing and wearing a mask if they plan to attend. 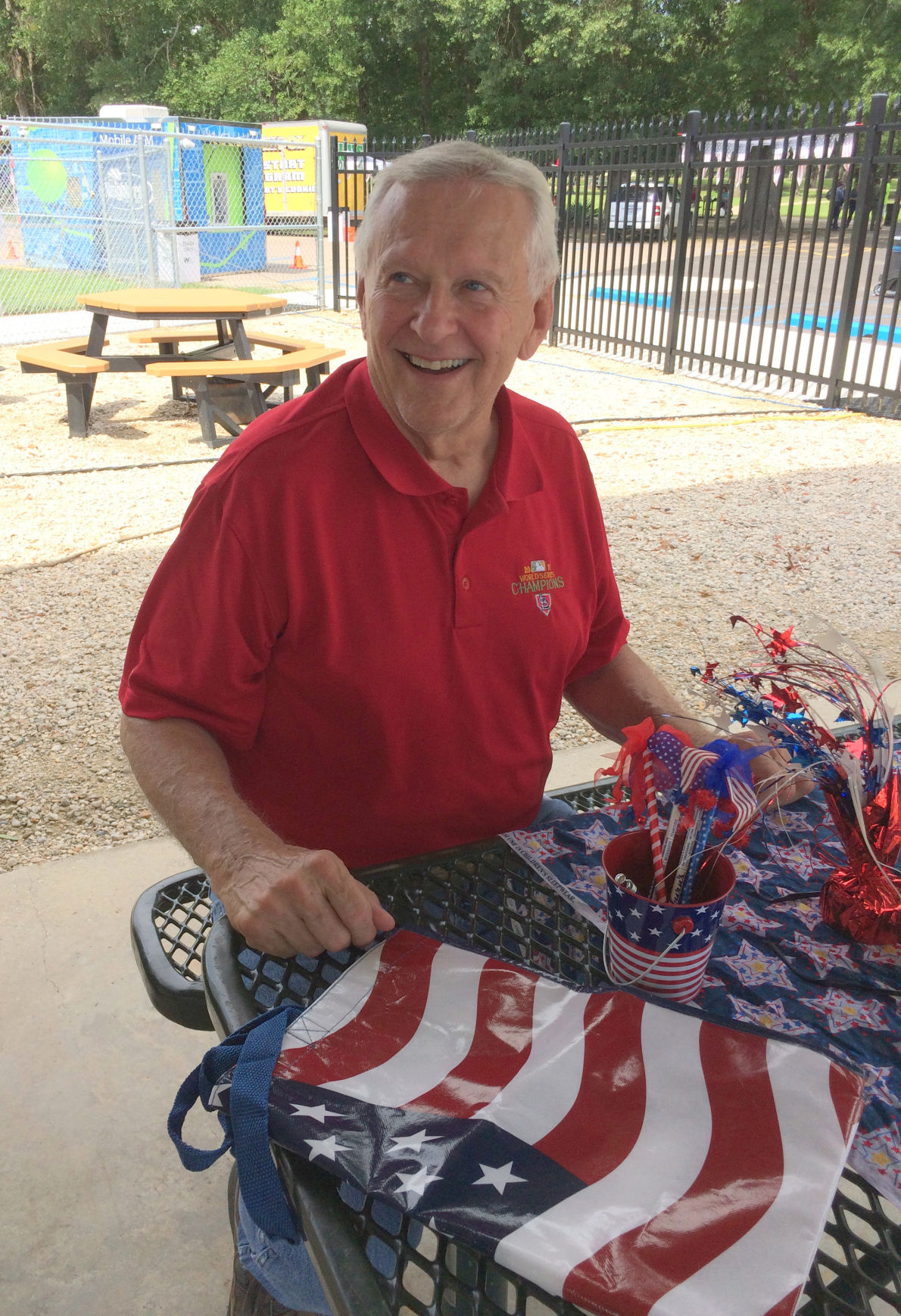 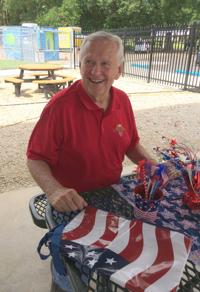 Walker Mayor Jimmy Watson said this year's Fourth of July event will go on despite the coronavirus, but social distancing will be encouraged at the park.

A high flying U.S. flag greets visitors at a previous Walker Fourth of July celebration. Walker will once again hold its Fourth of July festival at Sidney Hutchinson Park with events starting at 3 p.m. and concluding with a fireworks display after dark. Visitors to the celebration are asked to take precautions such as social distancing and wearing a mask if they plan to attend.

Walker Mayor Jimmy Watson said this year's Fourth of July event will go on despite the coronavirus, but social distancing will be encouraged at the park.

WALKER — Baseballs and softballs are again flying around on playing fields in Walker and Denham Springs as teams gear up for a summer season of competition with some restrictions due to the threat of the coronavirus.

In Walker, about 40 teams in age groups ranging from 5- to 15-year-olds will start playing a 10-game schedule June 29, according to Mayor Jimmy Watson. He said games will be played from 6 p.m. to 9:30 p.m. Mondays through Thursdays. Fridays and Saturdays will be reserved for rainouts and makeup games, the mayor said. Softball, baseball, T-ball and coaches’ pitch leagues will be playing in the summer program which, the mayor said, will conclude by mid-July. The games will be played on the fields at Sidney Hutchinson Park.

“We decided to hold our celebration because many of our citizens really enjoy this family-oriented treat. We will take as many precautions as we can to make this a safe event. The popular bounce houses will be spread out to allow for more social distancing. We’ll have a band, there will be some food booths, and the day will conclude with fireworks after dark. The celebration will begin at 3 p.m. We encourage everyone to bring their folding chairs and blankets for the fireworks show. Our park is really big so people can spread out and maintain social distancing. Masks are optional but encouraged,” Watson said.

Denham Springs Mayor Gerard Landry said that his city does not hold Fourth of July gatherings so such an event is not an issue.

In Denham Springs, teams have been practicing for about three weeks, and play was slated to start June 22. John Arbour, director of the Denham Springs Parks and Recreation Department, said that the season will be condensed because teams were late getting organized because of the virus restrictions. Arbour said that 42 teams will be competing in leagues for players aged 5- to 13-year-olds. The games will be played on fields at the North Park Recreation Center on Eden Church Road.

Arbour said that PARD’s Summer Camp Program is being conducted at the North Park Recreation Center and that participation in the camps is limited to 50% of former numbers. He added that camp participants will not be taken on field trips and that no programs involving outside presenters not associated with the program will be allowed.

He said that at the recreation center and on the ball fields measures will be taken to help safeguard the players, umpires and fans attending the games. “We will station the umpires at a greater distance from the players, we will not have any handshaking at game conclusions, we will ask the fans to vacate the stands as rapidly as possible after games and to maintain social distancing while in our parks,” Arbour said. Wearing masks is optional but encouraged, he added.

The Aquatic Center at the PARDs complex is open, Arbour said, but participation at that venue is also limited to 50% of capacity.

Landry said that the city’s small parks, such as Spring Park and the L.M. Lockhart Center Park, are open to the public for walking and small family gatherings but that the water parks at those locations remain closed.

In Walker, the leagues have been divided between younger and older players. Watson said that the program lost about five or six teams from previous summers. “We will still have about 40 teams in the four leagues. We will be using five fields, with the two smaller fields reserved for T-ball and coaches’ pitch leagues, and the Challenger Field will be used for the younger players also. Because of a greater danger to their health, the traditional players at Challenger Field will not be participating this year. Four of the fields have lights so we can play after dark. We have plenty of room in our park, and we encourage all of our fans to use common sense in helping to protect themselves. Social distancing is encouraged as is the wearing of masks,” Watson said.

The walking trails are open at Sidney Hutchinson Park and at Punk Smith Park, and the Ferrington House is open to small groups, Watson said. He said Tracey Westmoreland, director of the Walker Parks and Recreation Department, will soon be relocating her office to the Ferrington House. That facility, on Florida Boulevard on the eastern side of the city, was acquired by the city for a variety of uses earlier this year.

Watson said the city recently received a $250,000 matching grant that will assist the city in building what he described as a $500,000 all-playground. The city recently finished its safe house at Sidney Hutchinson Park, which can be used for sports events when not in use as a command center and place of refuge during emergency incidents.

The mayor said that the city also looks forward to next year when more lighted fields will be available. “We are planning to build our recreation program next year, and we are looking forward to having more teams playing baseball and softball, and we hope to add basketball and pickleball at some point. We are looking forward to the future when conditions return to normal,” he said.