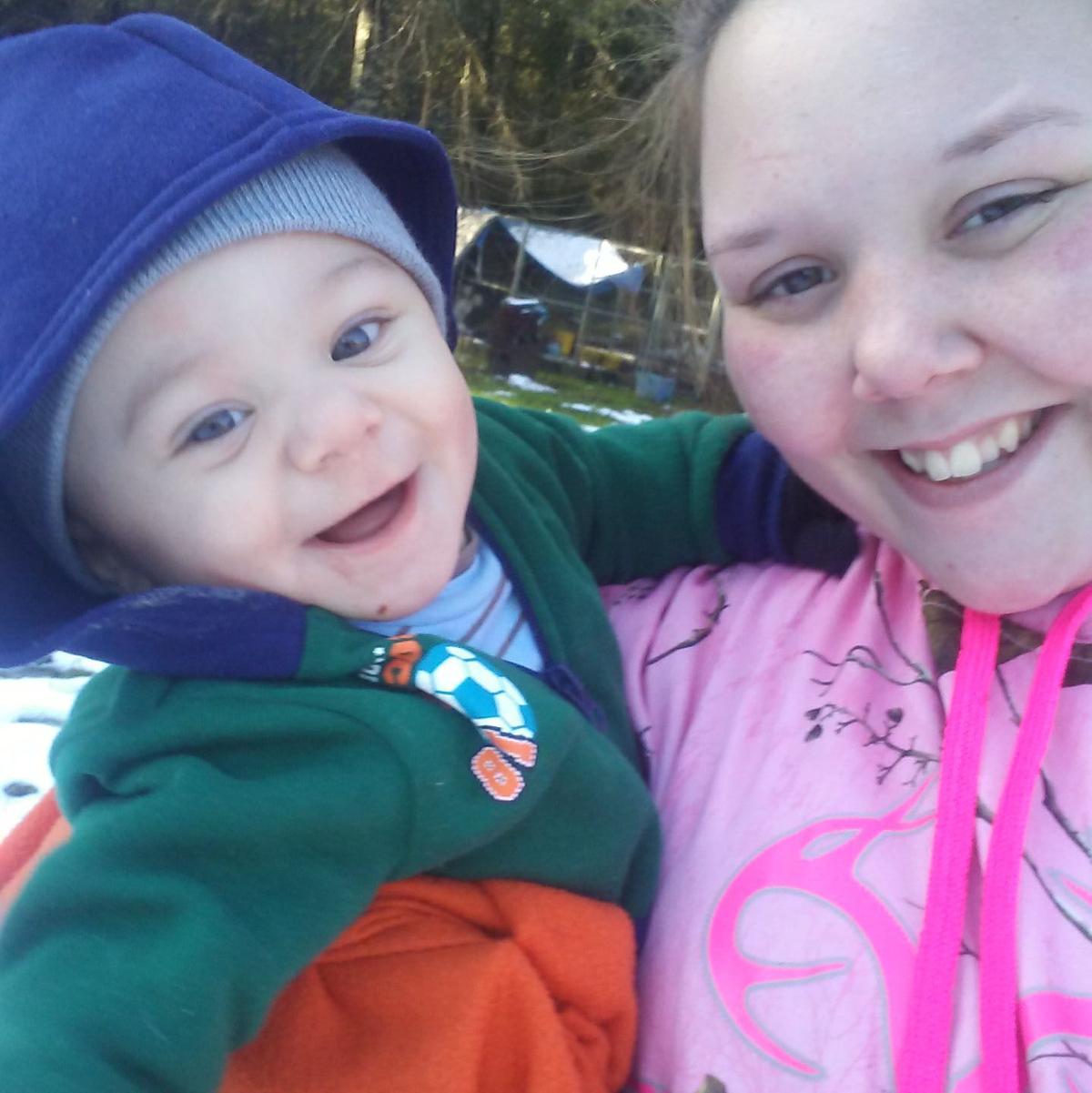 Shelly Mulkey, 19, and her 7-month-old son, Ryan McCollum Jr. were killed in a fiery crash with a drunken driver in Tickfaw on Christmas Eve, according to Louisiana State Police. The Tangipahoa Parish coroner pronounced Mulkey and Ryan McCollum Jr dead on scene. Mulkey's fiance and the baby's father, 24-year-old Ryan McCollum Sr., was taken to a local hospital.

Ryan McCollum Sr. had proposed to his longtime girlfriend and mother of his infant son just hours before a driver — allegedly drunk — slammed into their car in Tickfaw on Christmas Eve, killing his 19-year-old fiancee and their 7-month-old son.

McCollum said he, fiancee Shelly Mulkey and their son, Ryan McCollum Jr., were on their way home from a Christmas party at his relatives' house in Loranger when their car was rear-ended by a vehicle that Louisiana State Police say was operated by a drunken driver fleeing an earlier crash.

The impact caused the gas tank of the young family's 2005 Dodge Stratus to rupture and ignite both vehicles, state police said.

The alleged drunk driver, 36-year-old Jillian Pamela Ramsey, of Loranger, was booked in Tangipahoa Parish Jail on two counts of vehicular homicide, as well as hit-and-run and careless operation.

McCollum said he and Mulkey had been dating for about four years. He decided as a Christmas Eve present to her that he would propose.

"I got a ring out and asked her to marry me. I got on one knee," McCollum recalled.

The couple also had learned over the weekend that Mulkey was pregnant with their second child, he said.

According to state police, Ramsey was driving north on La. 1065 at 8:44 p.m. when she crashed into a vehicle and fled the scene. She allegedly continued driving north, striking McCollum's vehicle by the intersection with La. 1064.

Witnesses pulled the mother and father from the car, and performed CPR on the mother, state police said. The baby remained inside the fiery car.

The Tangipahoa Parish coroner pronounced Mulkey and the 7-month-old dead on scene. McCollum, 24, was taken to a local hospital and treated for what he said were burns to his face and ears, as well as injuries to his leg.

Ramsay suffered only minor injuries, according to state police. Troopers determined she was impaired at the time of the crash.

Mulkey is originally from Tickfaw and went to Independence High School. She had worked at Hoppin Harley's Interstate Travel Center, but was most recently at home caring for her son, McCollum said.

Her father, Billy Mulkey, said she was outgoing, bright and generous to her family. As a child, she enjoyed raising rabbits, guinea pigs and goats.

Mulkey said he last saw his daughter Sunday and had given her a Daisy BB gun as a gag gift.

He described the infant as "the best baby you ever seen in the world."

"I don't care if he had a fever of 101. If you look at him and smile, he’s going to start smiling and laughing and jumping around," Mulkey said.

A week ago, McCollum came to him for permission to marry his daughter, Billy Mulkey said. He gave it.

"Whatever makes my babies happy," he said.

"She was an awesome mama and an awesome friend," McCollum said. "I just want to hold them both in my arms again so bad."

McCollum said they had just made a stop for cigarettes and were driving home when the crash occurred.

Reflecting on Ramsay, the alleged drunken driver, Billy Mulkey said she should be prosecuted to the fullest.

"That’s three lives she took from me," he said.

"That woman is going to have to live with that the rest of her life."

Bail has been set at $228,000 for the woman accused of killing a mother and her infant son in a drunken driving crash Sunday evening, accordin…