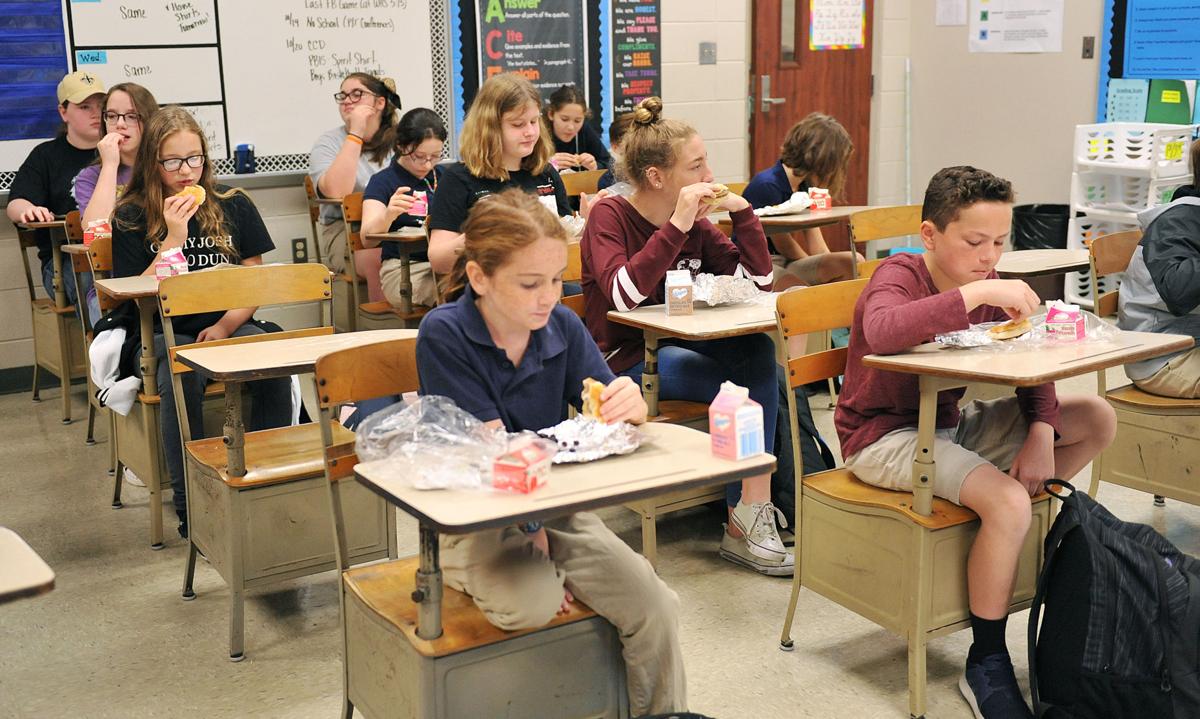 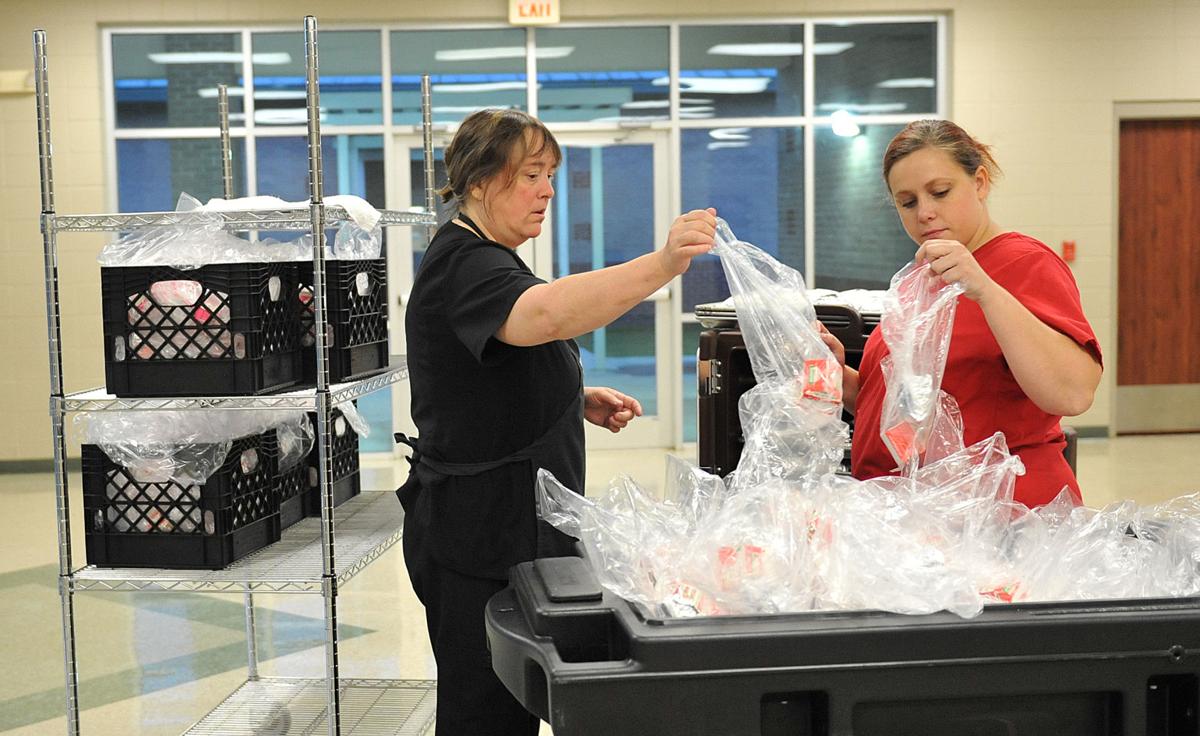 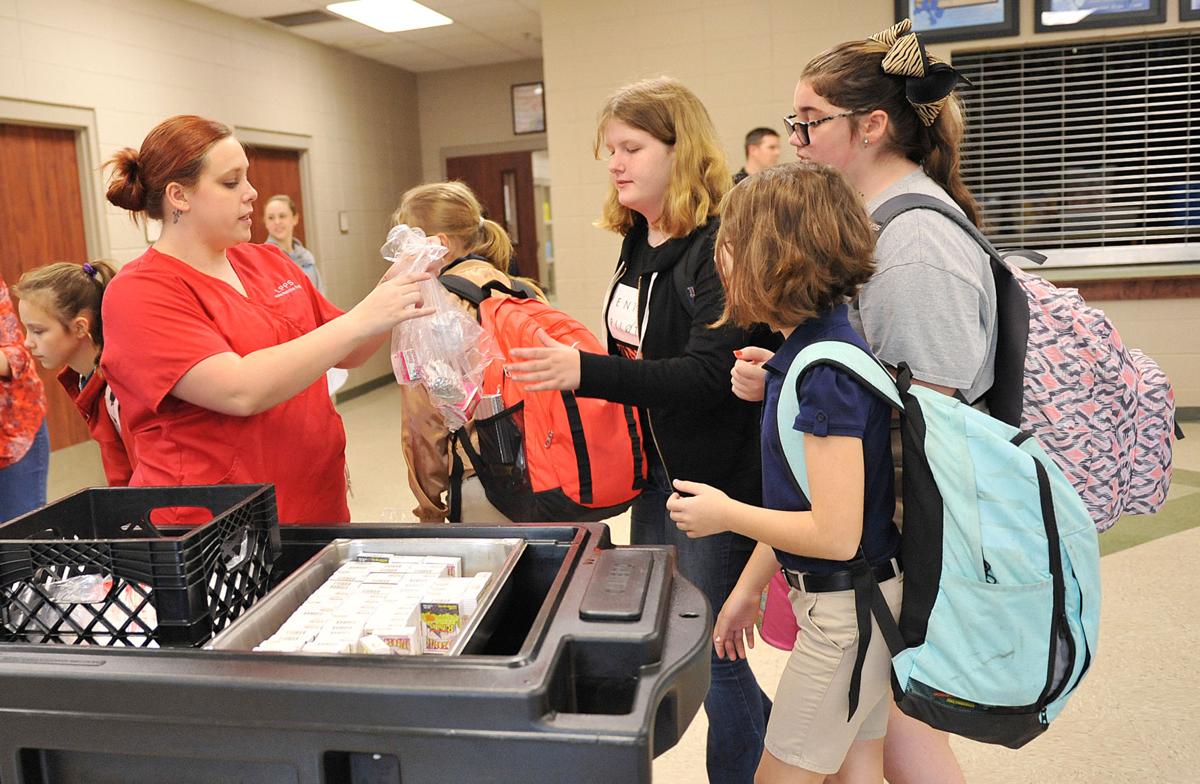 From late drop-offs to awkward cafeteria lines, there was always a reason kids in Livingston Parish weren't eating breakfast on campus.

Even when every student became eligible for the free meal one year ago, only some 24 percent of students opted for one, said Sommer Purvis, assistant director of child nutrition for Livingston Parish Public Schools.

This year, 26 of the parish's 43 schools have changed how they serve breakfast — from cafeteria-style to a bagged meal that kids can eat in class or around campus — and have seen a two-fold increase in the number of students who partake:  a jump from 6,000 to 12,000 of the system's 25,500 students, Purvis said.

At two schools, kids grab a breakfast in a clear plastic bag and bring it to their classroom to eat while their teacher takes attendance or collects homework. At 24 other schools, kids take breakfast from kiosks or carts and eat it in the hallways, picnic areas or gyms with their friends.

School administrators said the new setups help remove a common stigma surrounding school breakfast — that the only kids who eat it are poor. The new program also encourages kids to eat first, then socialize.

"There's no differentiation, no free or reduced, just every child gets a bag and every child eats," said Principal Carolyn Vosburg, who implemented the Breakfast in the Classroom program at North Corbin Junior High this year.

The initiative to change breakfast started last school year, when several schools shared campuses because their own buildings were damaged by the August 2016 flood, Purvis said. It was hard to feed both breakfast and lunch when students were on alternating schedules.

The system has been relatively easier to implement because all students in the district currently get free meals. After the August 2016 floods, the number of students in the parish who were directly certified for free or reduced priced lunch — meaning they also qualified for some kind of food stamp benefit — rose from 24.57 percent to 58.34 percent. The increase allowed the school to qualify for universal free lunch through 2021, Purvis said. The district is reimbursed for 93 percent of meal costs.

She said the district is considering ways to track meals in case the schools lose eligibility and some kids need to pay.

Flood recovery, one meal at a time: Central, Livingston students slated for free breakfast, lunch through 2021

In a sign of how a major disaster can change a community, all students in public schools in …

Despite the new location, most of the schools still offer hot and cold options to include items like breakfast pizza, pancakes, sausage biscuits, yogurt, granola, fruit and milk.

The setup cost at most schools was about $2,000, which included new carts and heating and warming equipment, Purvis said. The school district has also received a $102,000 grant from Partners for Breakfast in the Classroom for North Corbin Junior High School and Walker Elementary School, which needed additional kitchen equipment to implement the program.

The alternative breakfast service follows recommendations from the U.S. Department of Agriculture on ways to increase the number of students eating breakfast at school.

Different schools have taken the program in their own directions.

When the bell rings at at North Corbin Junior High School in Walker, students grab a bagged breakfast from a cart near the gym or in the center of campus and bring it to their homeroom.

As the teacher takes attendance and collects homework, kids gobble down their food.

Vosburg said it's helped give the students energy to start the day.

"The kids are less lethargic," she said.

The principal added that it has fostered a close, family-like environment in the classroom — without the mess she anticipated.

"They forge bonds and relationships with their homeroom," she said.

At French Settlement High School, Principal Lee Hawkins has combined breakfast with a mid-morning break. Having heard that breaks can help students achieve more in school, he added a seven-minute pause at 9:21 a.m. during which students have access to a "second chance" breakfast — basically a "grab and go" bag of cold fruit, yogurt, granola or a doughnut to eat between classes with friends in a common area.

He said adding this meal has increased the number of students eating from 15 to 300 on a daily basis. The school has about 400 students.

He thinks the new program has already improved student behavior and decreased the number of discipline reports to his office.

"(Breakfast) is so important," he said. "You have to think out of the box."

Livingston schools are topping the state with breakfast participation gains, but can it last?

LIVINGSTON  — While school officials here are celebrating huge increases in breakfast participation, a school board member questions whether …