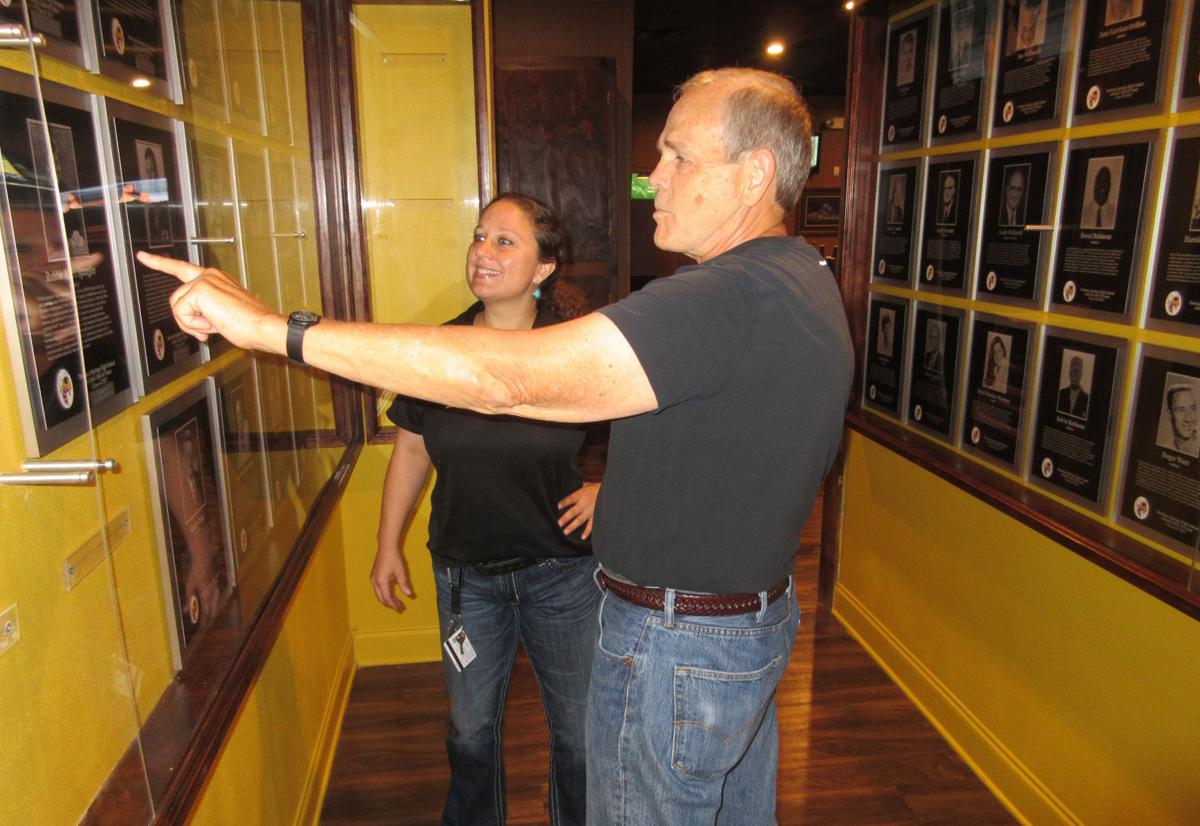 Summer Smith and Jim Spring, a former member of the Denham Springs High School Athletic Association, discuss honorees in the DSHS Athletic Hall of Fame that was moved to the business from the school’s campus after the flood of 2016. 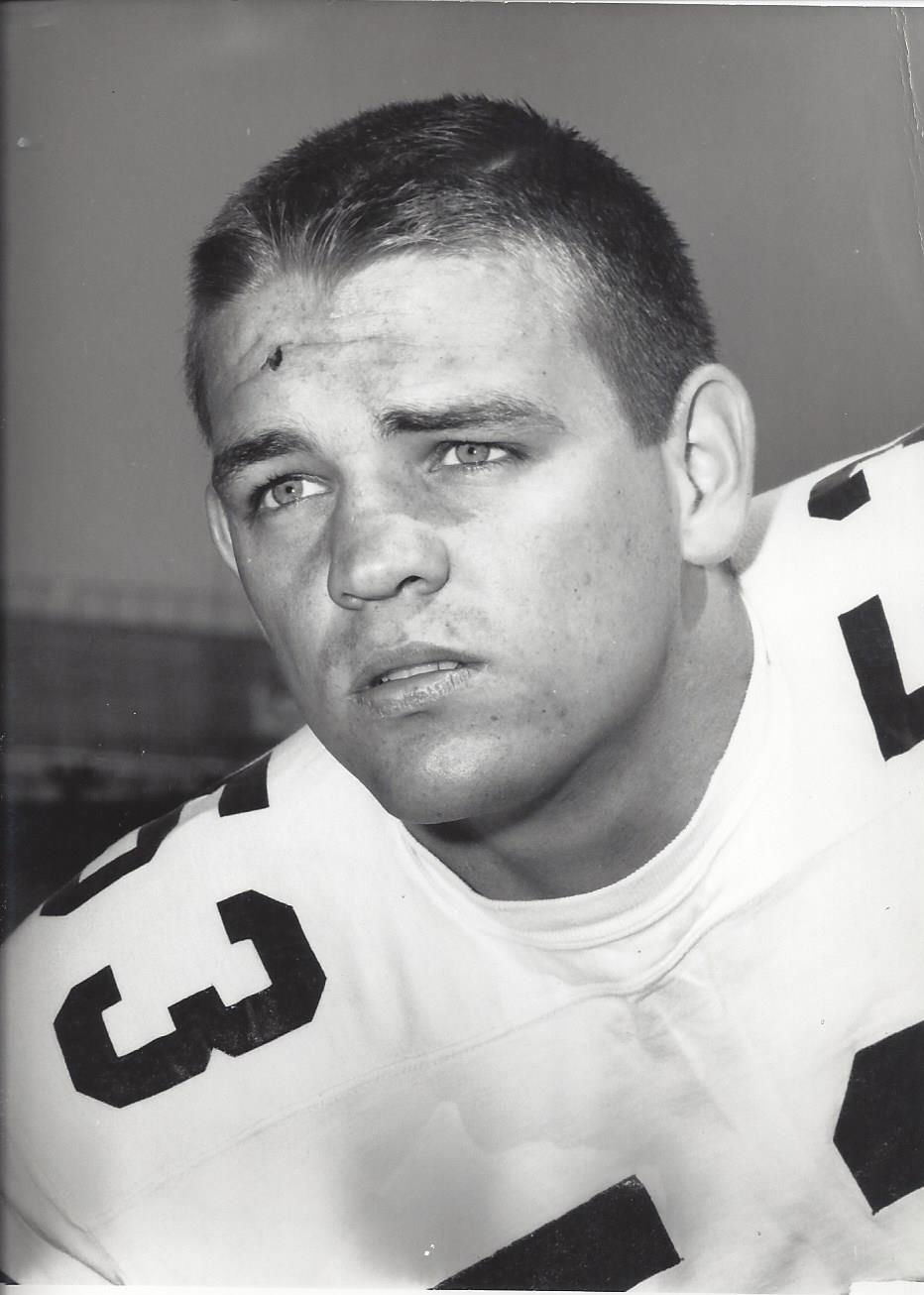 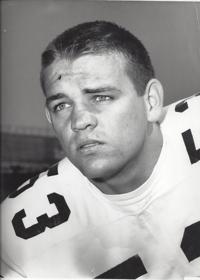 Summer Smith and Jim Spring, a former member of the Denham Springs High School Athletic Association, discuss honorees in the DSHS Athletic Hall of Fame that was moved to the business from the school’s campus after the flood of 2016.

You know you have done something well when other people want to copy it.

The Denham Springs High School athletic hall of fame has found that out in recent years after establishing itself in 2011. Since then, five local high schools, as well as another in Summit, Mississippi, have requested the school’s guidance while establishing their own halls of fame.

The latest was Baton Rouge High three years ago, and it helped underscore a previously untapped process of recognizing a school’s athletic program. A means of giving back to athletes, coaches and supporters, the process used by Denham Springs also goes to lengths to involve the community.

Helping other schools set up their own halls was a natural extension of that process.

“We were happy to send (Baton Rouge High) all our documents and all of our procedures,” said Jim Spring, secretary of the Denham Springs hall. “I went over and sat in on their first meeting to help organize things, and I went through how we did it.

“It was great to see them come online for their school. It's been gratifying to see it be accepted as a professional operation, one that others might want to take a look at.”

A 1963 Denham Springs High graduate, Spring helped form the Yellow Jackets hall of fame in 2011. He did so alongside Butch Wax, the late Joseph “Pee Wee” Day and Robert Graves, all of whom had extensive ties to the high school.

One of the main goals was to have representation from all eras and all sports.

“The school was established in 1897, so you can imagine that after that many years there were a lot of coaches, athletes and supporters that had never been recognized,” Spring said.

One such inductee was Rex Wilkinson, a member of the 1923 Denham Springs basketball team that won the school’s first state championship. In those days, the LHSAA was in its infancy, and no playoff system was in place. There was a state rally sponsored by LSU, which the Yellow Jackets won.

Hornsby, who was the school principal when Spring graduated, was part of a 14-member class that comprised the first set of inductees for the hall. Also included was Wax, who is the winningest football coach in Denham Springs history.

This year’s class features five members, and includes two of the school’s most versatile female athletes — Katie Roux Prescott and Lisa Dugas. Prescott was a four-year letter winner in three sports, and Dugas made her mark in softball, basketball and track and field.

Typically, the ceremonies include a banquet and are followed by acknowledgment at halftime of that year’s first home football game. Like the flood of 2016, the coronavirus prompted the hall to postpone this year’s ceremony, and a two-year class will be honored in 2021.

If Spring is to be in attendance next year, he will do so after flying in from Washington. Already retired after a long military career, Spring completed a move there last week to be closer to his offspring. Taking over as secretary for the hall is longtime Denham Springs teacher Kathy DeGeneres, who Spring says has “Yellow Jacket blood running through her veins.”

Now the hall’s outgoing secretary, Spring is proud of what he and his fellow committee members have established.

“What we’re all most proud of is that (the hall of fame) has the trust of the community,” Spring said. “Everyone associated with it has put integrity first. There is no horse-trading or playing favorites. The nominations come from the public.”

As it has done so well since 2011, the committee takes it from there.