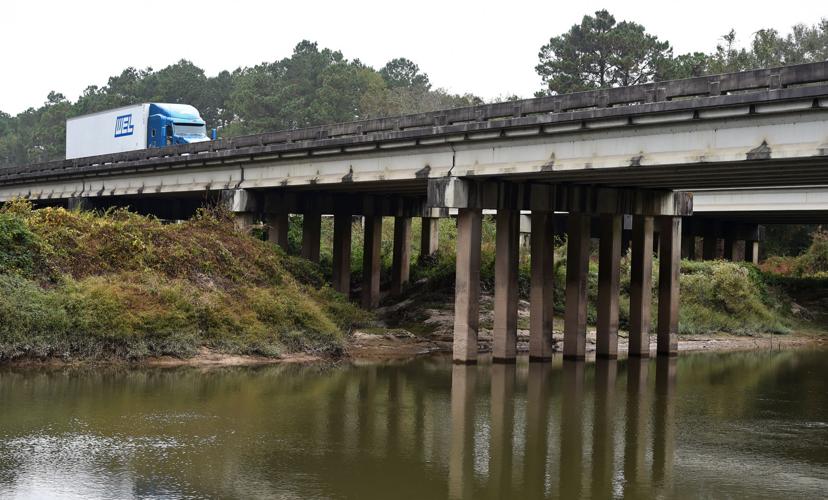 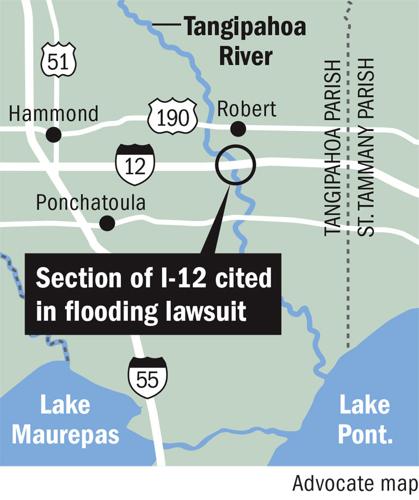 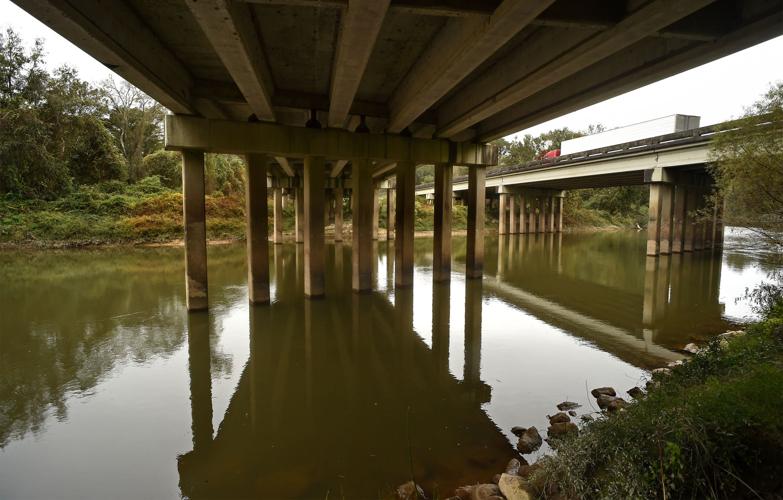 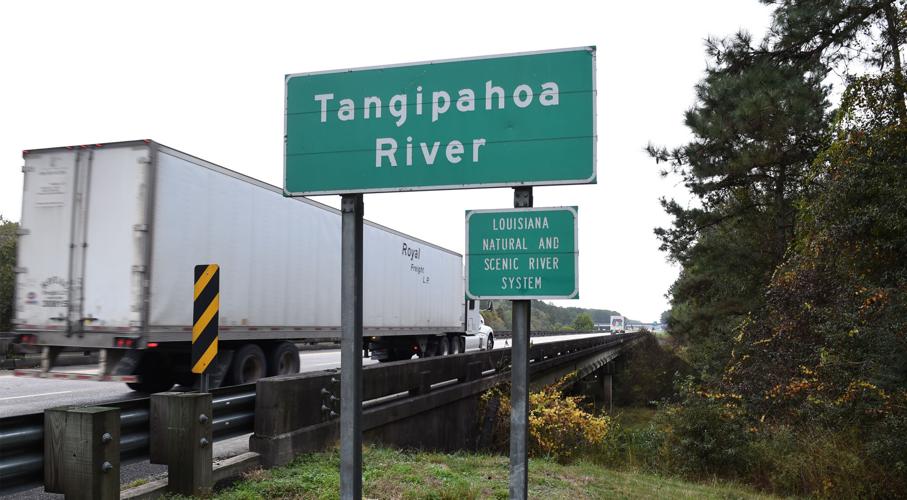 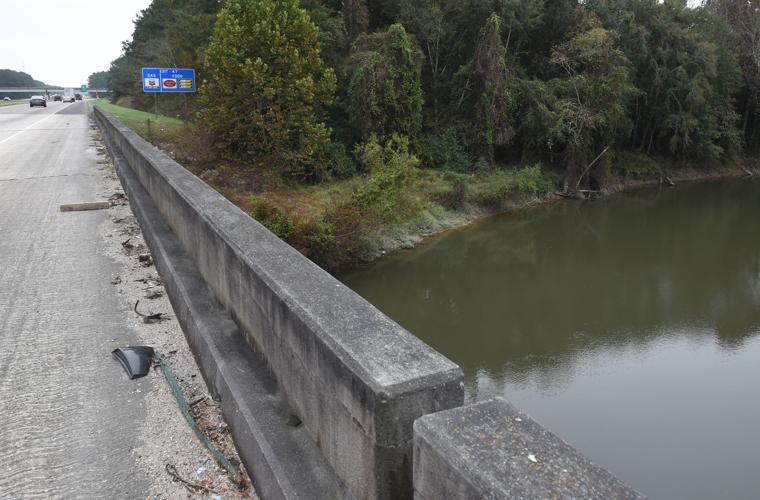 The Louisiana Supreme Court has dealt a blow to a group of Tangipahoa Parish residents suing the state over flooding from 2016 they blame on how a section of Interstate 12 was built decades ago.

The high court recently let stand a lower court ruling that blocked the lawsuit from going forward. The problem is that the lawsuit was filed too long after the highway allegedly first flooded Tangipahoa residents in 1983, the First Circuit Court of Appeal found.

Shortly after that flood, residents of Robert filed a class action suit against the state and the Department of Transportation and Development, eventually winning a $91.8 million judgment in 2006.

None of that judgment — now worth more than $300 million with legal interest — has ever been paid out to the 1,300 successful plaintiffs, according to Peck Edwards, the Hammond attorney behind the 1983 and 2016 suits. State budget documents indicate about $8 million has been set aside by the state over the years, but Edwards said there is no mechanism in place to distribute it.

Drainage at that section of the interstate also has not been changed since 1983, DOTD confirmed. The agency maintains that I-12 did not cause the flooding.

In a statement, an agency spokesman said they continue to perform maintenance to keep water flowing when necessary.

Many of the same residents, and some 4,700 more, were affected by the March and August 2016 floods, the new lawsuit claims.

Making an identical claim to the one argued in 1983, the new suit said a 1.2 mile section of I-12 near Robert acted as a dam during last year's catastrophic rains and caused flooding to thousands of homes. The damage was more widespread in 2016 because of both population increases and heavier rains.

"The construction of the I-12 highway caused massive backwater resulting in flooding of the homes, building and property in the same area as was flooded in April 1983," the suit said.

The section of highway in question crosses the Tangipahoa River and its corresponding floodplain. Edwards said, and the 1983 trial court judge agreed, that the way the highway was built caused flooding in the area. On either side of the river, which is crossed by a bridge, the road is built on earthen embankments. When severe rainstorms occur, water from the swollen river is blocked from flowing south, the plaintiffs say.

Instead, the embankments, which have three slots for drainage, force the water back north and into people's homes, the plaintiffs say. If the water rises high enough, it overtops the dam and rushes south, they say.

DOTD continues to dispute the argument that the road blocked the drainage, according to recent court filings.

In addition, DOTD's lawyers argued to the Supreme Court that the 2016 plaintiffs were too late to ask for damages. The state cited a Louisiana law that says people have limited time to sue over harm they blame on a public work.

The government argued in its briefs that the relevant law should be interpreted to mean people have just two years to make a claim after damage is first incurred by a public work. Because people's houses first flooded in 1983, those who flooded and sued in 2016 were out of luck, they said.

The First Circuit panel agreed. In one paragraph, two of the judges — Mitch Theriot and Toni Higginbotham — said that time ran out two years after the initial 1983 flooding. Judge John Michael Guidry concurred, but added that the the issue had already resulted in a final court judgment.

The Supreme Court decided 6-0 to deny review of the lower court's decision. The high court did not issue a written opinion. Justice Jeff Hughes did not vote on the case, according to the initials on the document.

The original lawsuit stemmed from the April 1983 floods, when the Tangipahoa River spilled its banks and swamped people's homes. Edwards said many residents near Robert — including his own father — had never flooded prior. They attributed the high water to the completion of I-12 in that region in 1975.

Residents in that area filed suit a year later, but it took 22 years for a final judgment to be returned, Edwards said. The case was held up by different judges and appeals. While the Legislature has set aside a fraction of the judgment since 2006, the roughly $8 million has not been disbursed.

Edwards said the money appropriated so far has not been paid out because it would require special hearings, a court-appointed overseer and class representatives to decide a fair way to distribute the funds. More than ten years after the final court decision, he said none of those structures exist any more.

After a judgment in state court, it is up to the Legislature to decide whether to pay out the money, said Edward Richards, an LSU law professor. A judgment against the state is unlike a normal civil judgment, where a person or company found at fault could have assets frozen and seized, until the balance is paid.

"You can't send a collection agency after the state to seize their property," he said. The only caveat is if a plaintiff can sue a state in federal court, the judge can hold a state in contempt if it does not pay.

Richards argues that, in looking at flood-related suits against a government, people often overlook how much assistance the government in general already provide. He added that, in the 2016 case, there is an argument that people could have anticipated they might flood if they lived in that area because of what happened three decades earlier.

"There sure is a strong argument they were on notice," he said.

The plaintiffs in the recent case argued the state — and the First Circuit and Supreme Court — misinterpreted the law and ignored a series of court opinions in their favor.

The two-year rule only protects the state if the damages were intentional or necessary to the public work, the plaintiffs said. An example of that type of claim might be suing over smells emitted from a landfill or flooding caused by a dam.

"The purpose of (I-12)," said Eric Nowak, also an attorney for the plaintiffs, "is to create a good traffic thoroughfare, not to create flooding for the town of Robert."

Nowak said the courts in 1983 dealt with a similar issue and ruled in favor of the plaintiffs.

Nowak and Edwards have begun pursuing new legal avenues since the appeals court opinion in June.

The plaintiffs have filed in the 21st Judicial District an additional suit for an injunction against the state and to have a judge declare that the state took or damaged the plaintiffs' property. Nowak said the same statute of limitations from the case nixed by the Supreme Court should not apply because the plaintiffs aren't seeking money damages, but asking the state to fix that section of I-12.

After the catastrophic August 2016 flood, the towns of Walker and Denham Springs, along with Livingston Parish, blamed a median wall on I-12 for worsening flooding for thousands of property owners in their areas. Those municipalities have filed a distinct lawsuit against DOTD.

Change coming for future median walls like one at heart of controversial I-12 flooding lawsuit, DOTD says

Nowak said it is unclear as yet what effect the high court's ruling could have on the median wall case.

An attorney for the municipalities did not respond to a request for comment. A spokesman for DOTD declined to comment further on the ongoing litigation.

The decision by top state officials to change how future interstate median barriers will be built is a step in the right direction, an attorne…