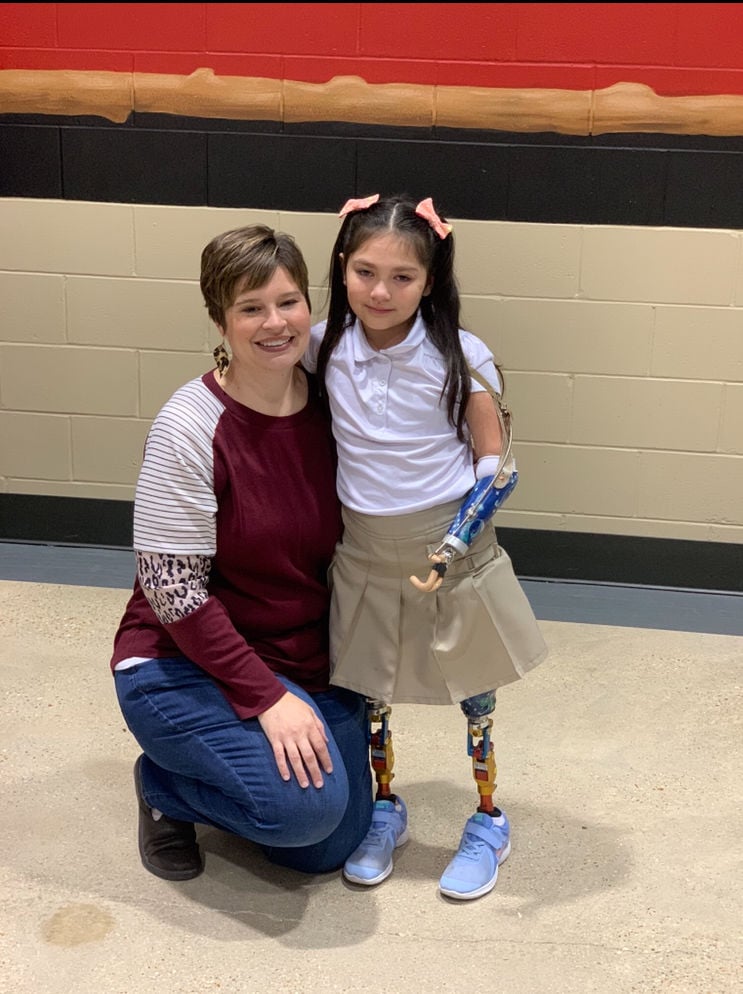 Livingston Parish’s winners of the Council for Exceptional Children’s 2019 Parent Advocate Award are Tessa Walters and 2019 “Yes I Can” Award for Self-Advocacy, Camilla Rios. 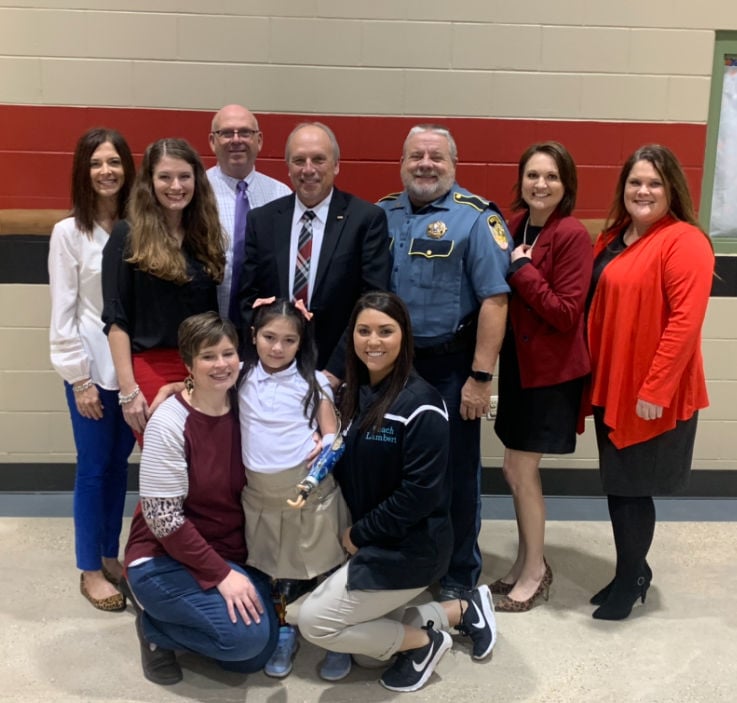 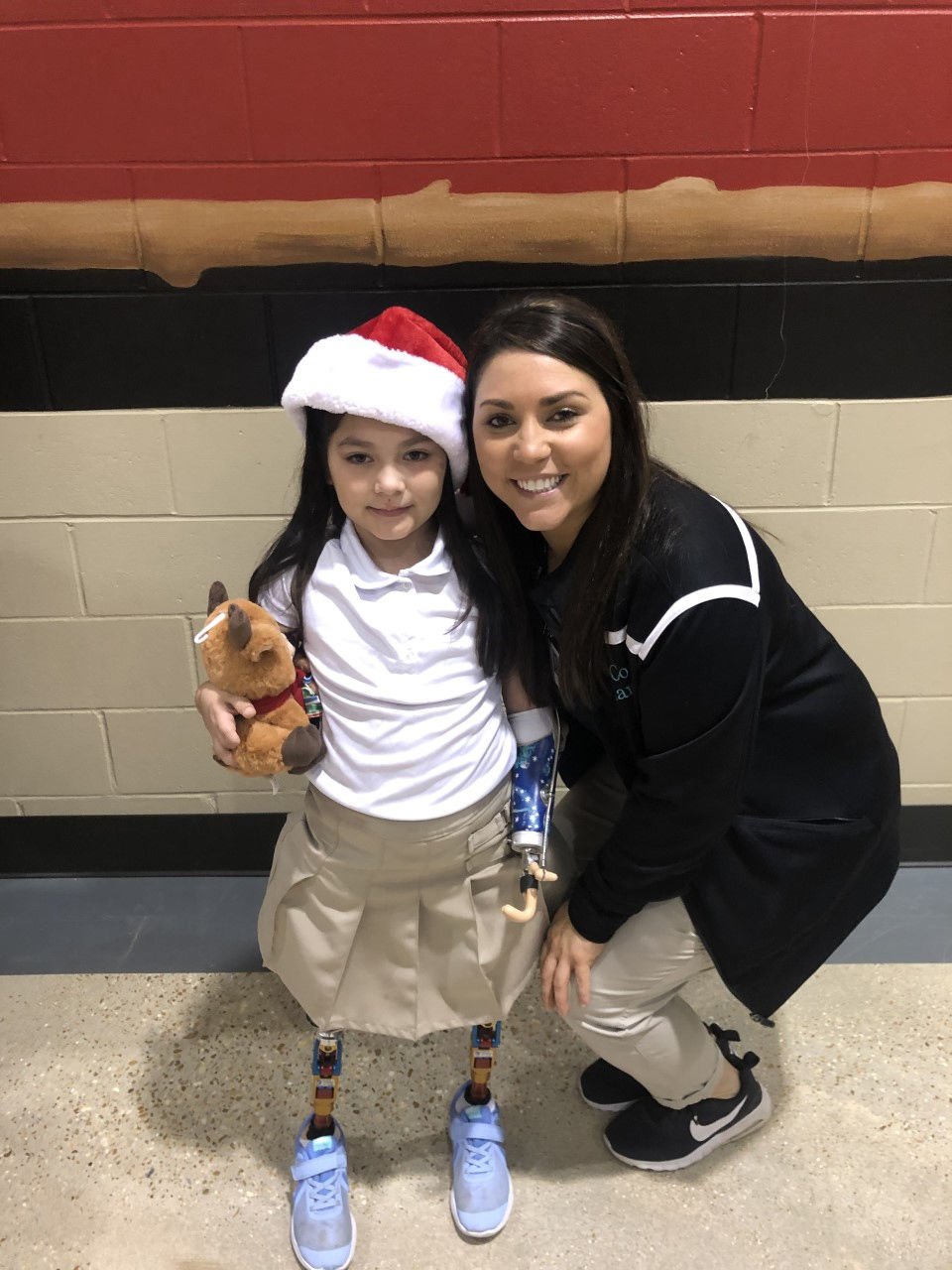 2019 'Yes I Can Award Winner Camille Rios, a 9-year-old student at Seventh Ward Elementary, is pictured with Adapted Physical Education Teacher Sarah Lambert, who nominated Rios for the award. 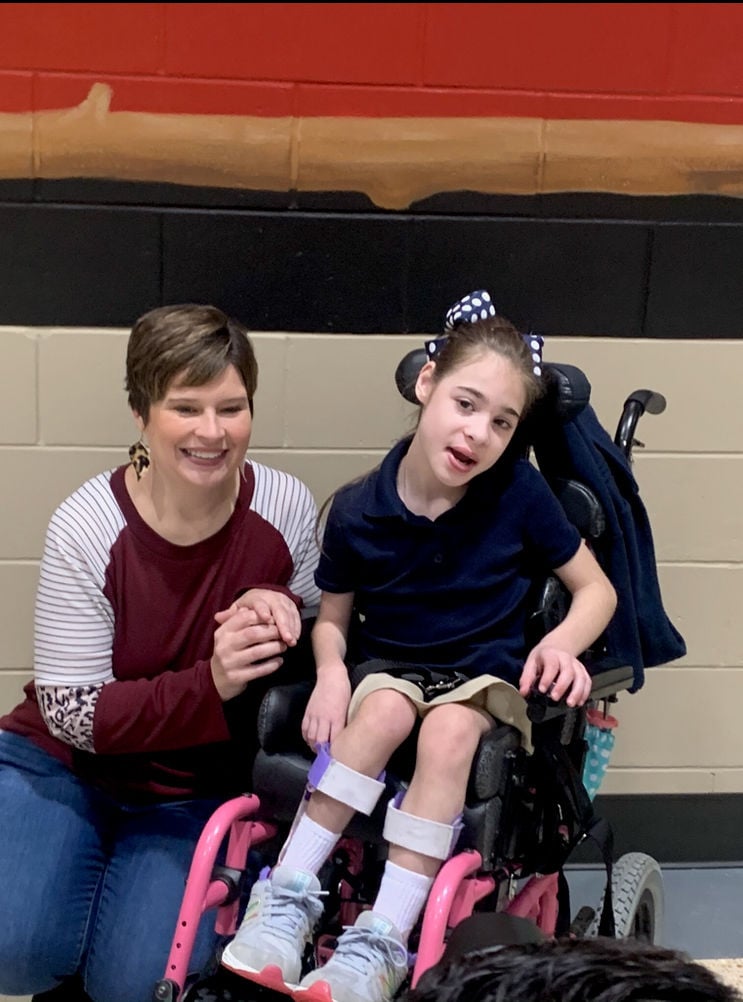 Livingston Parish’s winners of the Council for Exceptional Children’s 2019 Parent Advocate Award are Tessa Walters and 2019 “Yes I Can” Award for Self-Advocacy, Camilla Rios.

2019 'Yes I Can Award Winner Camille Rios, a 9-year-old student at Seventh Ward Elementary, is pictured with Adapted Physical Education Teacher Sarah Lambert, who nominated Rios for the award.

DENHAM SPRINGS — Anyone who meets Seventh Ward Elementary School’s 9-year-old Camilla “Cami” Rios will soon recognize something special about her. The same can be said for her paraprofessional, Tessa Walters, who works with Cami each day.

“Cami’s heartwarming presence is infectious,” said adapted physical education teacher Sarah Lambert. “And Tessa is also an inspiration. She spends countless hours advocating awareness for children and parents in our school system, to expand their knowledge for self-advocacy.”

Cami is a recipient of the Council for Exceptional Children’s 2019 “Yes I Can” award in the self-advocacy category, which honors children with exceptionalities who have demonstrated determination and achievement, and Walters is a winner of the same organization’s 2019 Parent Advocate Award, which recognizes parents who promote and provide for the education and enhancement of individuals with exceptionalities in order to promote and support their full participation in the community.

At the age of 2, Cami suffered from a severe meningitis infection that caused her to have both legs amputated above the knees, her left arm amputated below the elbow, and damage to her right upper extremity, a deviation in her hand and damage to her fingers that has severely limited her range of motion. But despite her physical limitations, she is one of her school’s most independent — and most popular — students.

“She attends regular education classes and tries everything possible to do what her peers are doing,” physical therapist Melissa Johnson said. “When she cannot do something by herself, (for example, pick up a pencil off of the floor) she asks her peers for help and they willingly help her.”

Johnson, who has provided in-school physical therapy services to Cami for the last year and a half, noted that Cami has bilateral lower extremity prosthetic legs, which she had learned to manage very well last school year. This year, therapists provided her with new prosthetic legs that have knee joints, which will allow her to climb stairs and walk with a smoother stride.

“Although it has been difficult to adapt, she is trying hard every day to learn how to use her knees when she walks,” she said, adding that Cami received a prosthetic arm for her left upper extremity this summer.

“Her immense determination and self-advocacy are what has gotten her this far with her abilities, and I have no doubt that she will become fully independent with her new prosthetic legs and prosthetic arm,” Johnson said. “I am grateful to be her therapist and to be a part of her journey to independence.”

Lambert, who works at Freshwater Elementary, nominated Cami for the CEC’s “Yes I Can” award earlier this year when she was a student at her school. Since the nomination, Cami’ family moved, relocating her to Seventh Ward Elementary.

“Cami has accomplished a lot of challenging obstacles that some people were not sure if she would be able to do, but she is proving daily that she is capable of a lot more because of her determination,” Lambert said.

Walters, who works as a para-professional at Seventh Ward Elementary, often works with Cami, as well as her own daughter, Piper.

“I have never seen a parent more involved,” said Sherry Wentzel, a special education representative for Seventh Ward Elementary School, who nominated Walters for the CEC’s Parent Advocate Award. “She advocates for inclusion and for others to see that her daughter and other children with disabilities are ‘beautiful and powerful.’”

Wentzel said Walters includes her daughter in many activities that help other children who suffer from illnesses or physical limitations. The dynamic mother-daughter team participate in fundraisers for Dreams Come True and they raise funds for other causes, such as St. Jude’s Hospital and Ainsley’s Angels. They recently gifted patients in the NICU at Our Lady of the Lake Children’s Hospital with handmade cards and ornaments.

Walters also serves as a spokesperson for disabled children and their families, advocating for greater services and more funding. She has spoken to the Louisiana House Appropriation Committee, advocating for funding of a Pediatric Day Health Center in the Baton Rouge area.