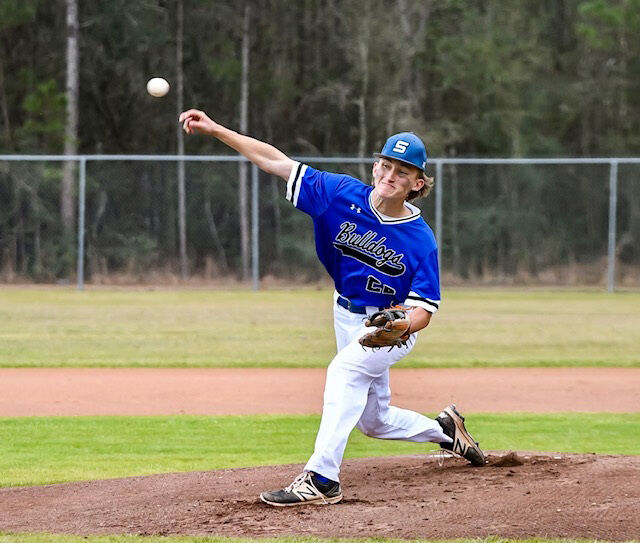 Springfield pitcher Jayden Teague has had a hot start this season. 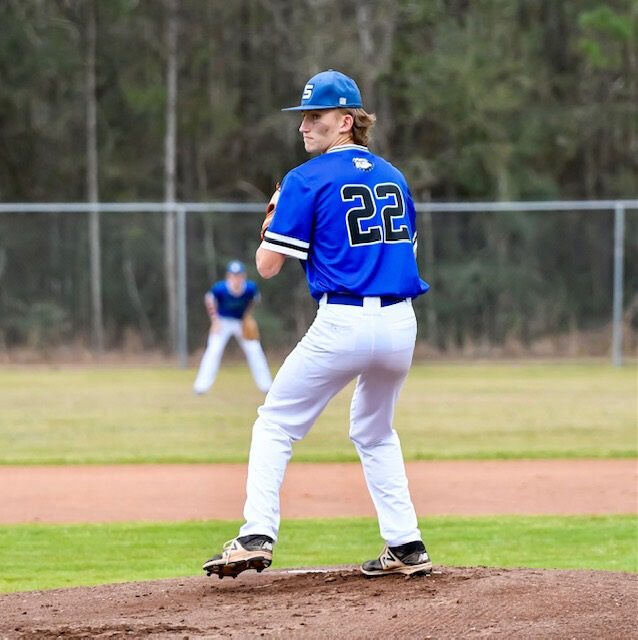 Springfield pitcher Jayden Teague winds up on the mound.

Springfield pitcher Jayden Teague has had a hot start this season.

Springfield pitcher Jayden Teague winds up on the mound.

All good things must come to an end. Unless it's only the start of more good things to come.

The sophomore right-hander recently gave his teammates all the room they would need with a pair of five-inning no-hitters in back-to-back starts. With his team standing at 15-3 prior this week’s district 10-2A opening series with Doyle, Teague seems headed for more good days on the mound.

“He’s got tons of room to grow,” Springfield coach Chris Blanchard said of Teague. “I knew he had a chance to be one of our top guys this year. He’s very humble, and that’s helped him. All the stars have aligned so far, and he’s done really well. He’s developing into one of our top guys, if not the top guy.”

When asked about his effectiveness this season, Teague is quick to point out the play of his teammates.

“No doubt, this has probably been my best year of pitching,” Teague said. “But it's easy to pitch when you’ve got such a great defense behind you. I know if I throw strikes they’ll make the plays behind me.”

Teague began his no-hit streak in Springfield’s 14-0 win over Fontainebleau at a tournament in Hammond on March 11. He struck out five batters and only allowed three to reach base — two batters were hit by pitches and the other drew a walk.

Springfield scored six runs in the second inning, and Teague appeared to grow stronger as the game wore on. In all, he faced 18 batters and retired the last eight to close out the game. He threw 55 pitches, 32 for strikes.

Teague was even sharper four days later in an 11-0 win at Albany. Teague pitched to 16 batters, one over the minimum, and again struck out five. A two-out error in the third inning allowed Albany’s only base runner of the game, but Teague got a ground ball out from the next batter.

Most impressive, Teague needed only 43 pitches, 38 for strikes, to get the win over the Hornets.

“To me, that’s more impressive than the no-hitter,” Blanchard said of Teague’s control.

Teague’s repertoire includes a fastball, slider, curve ball and change-up. The fastball and the slider have been his most effective pitches, so far, a product of the work Teague put in during an offseason that was longer than most after last season was canceled.

“When we show up for practice, I’m a strong believer in giving 110% every time,” Teague said. “Even if you give one % better, that’s 1% better than yesterday. The stuff I do, long tossing and stuff like that, has helped me tremendously.”

Teague first played baseball at age six, but didn’t become interested in pitching until he was 13, when his travel ball team needed extra pitchers. It made an immediate impression.

“I just figured I would try it out,” Teague said. “I started doing it, and thought, ‘Man, I can be pretty good at this.’ Ever since, I’ve worked on pitching and I love it.”

That love is likely a two-way street at Springfield. Although no-hitters are hard to come by, Teague’s contributions as a key player for the Bulldogs appear to be just getting started.