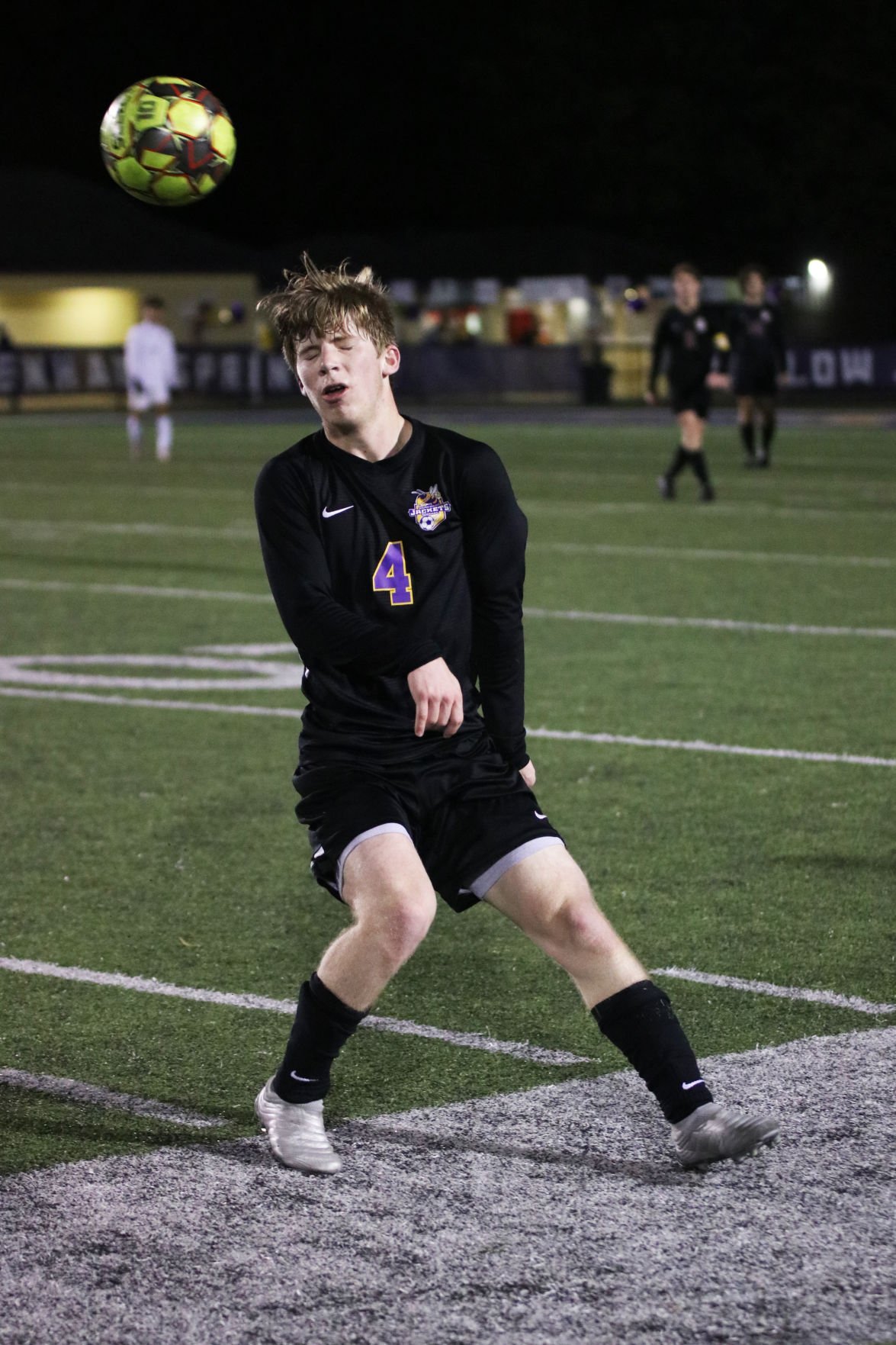 Denham Springs’ Brennan Amato hits the ball with his hand during a February match. 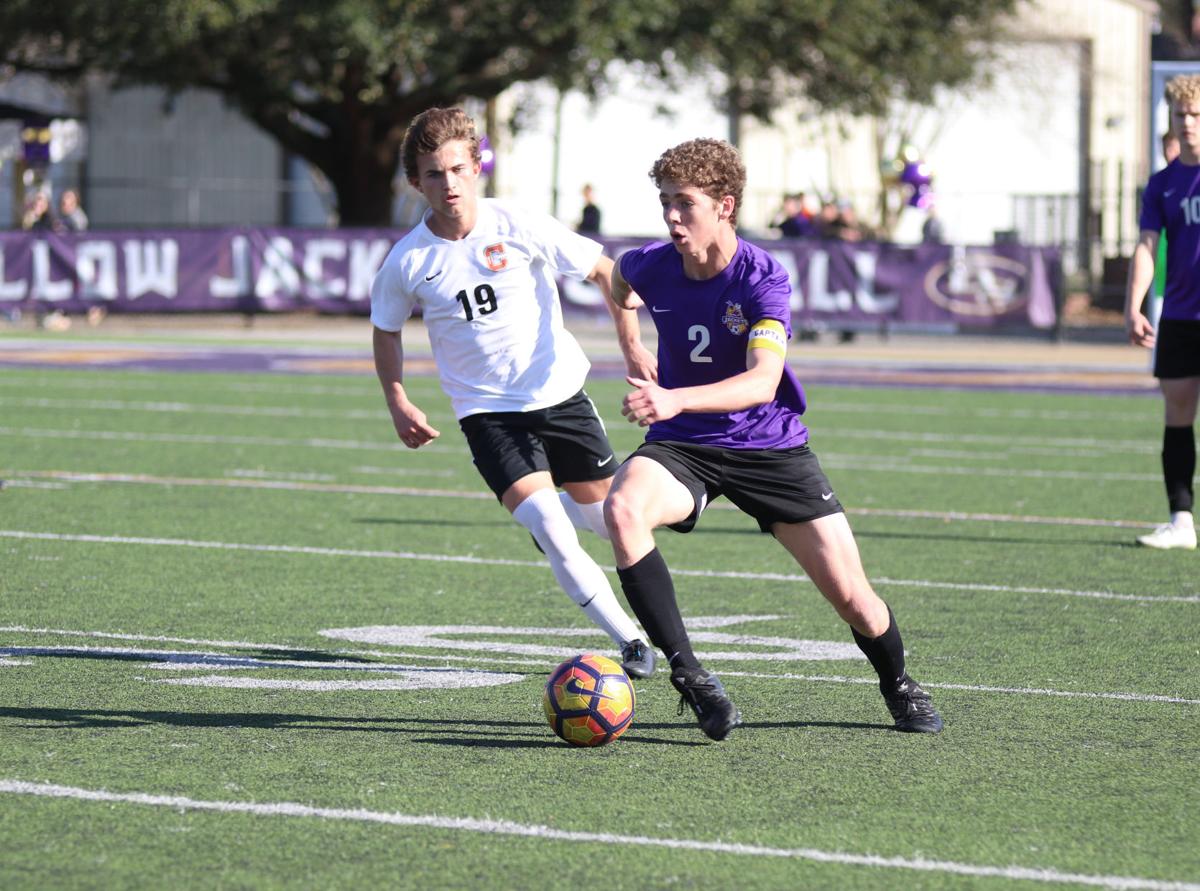 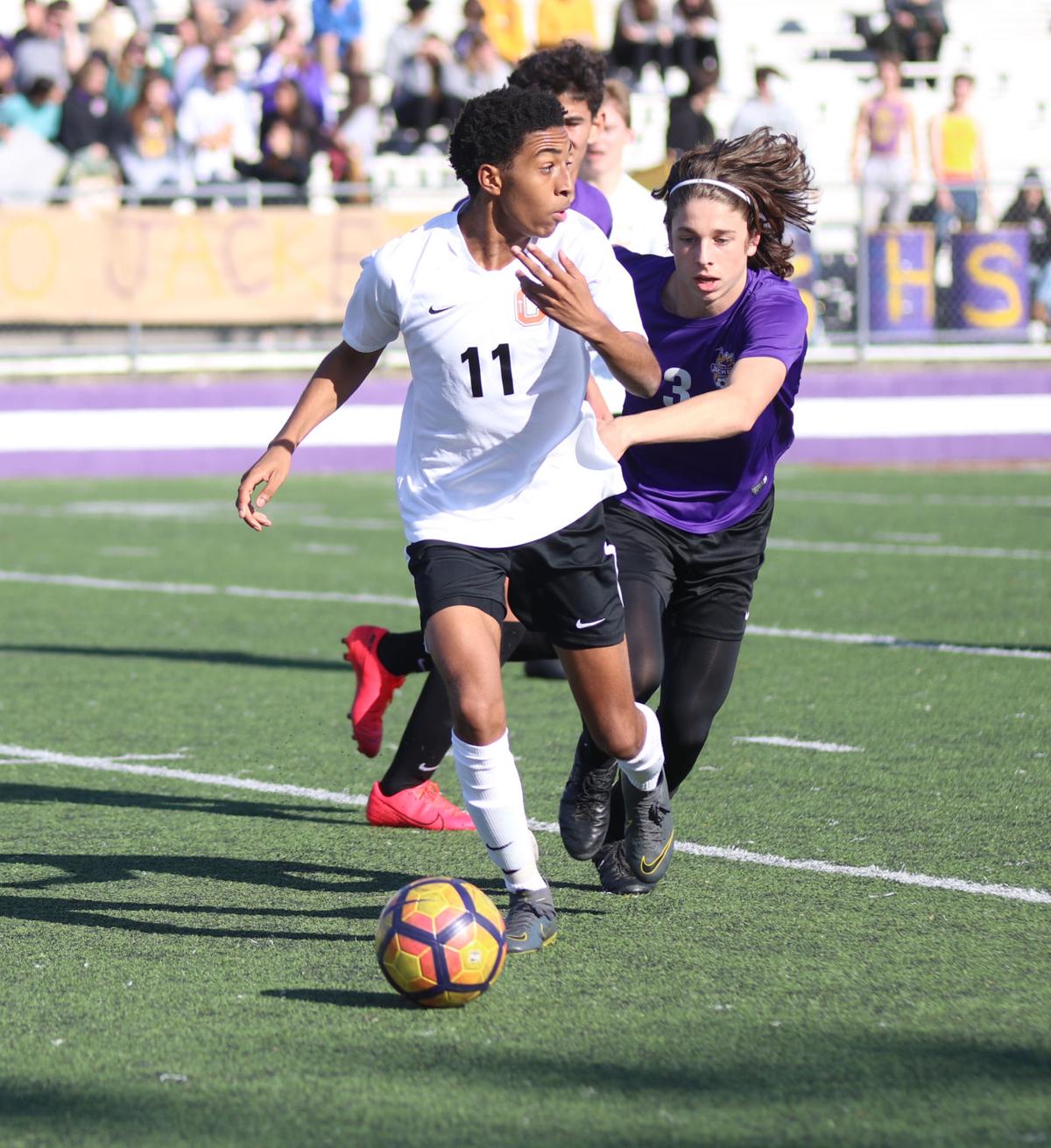 Catholic’s Chuck Walker gets control of the ball as Denham Springs’ Blaze Restivo comes from behind during a February match.

Denham Springs’ Brennan Amato hits the ball with his hand during a February match.

Catholic’s Chuck Walker gets control of the ball as Denham Springs’ Blaze Restivo comes from behind during a February match.

Turning a high school soccer program with virtually no history of success into one that is capable of challenging Louisiana’s elite programs for championships has not been an easy task for the Denham Springs boys team.

It is one that has included hard work in youth leagues and on club teams, and a progression from fledgling program to seasoned competitor. It has also involved a change in the thought processes of the players themselves.

According to first-year coach Miller Hilliard, instilling a winning frame of mind has been one of his most important tasks. His team was 7-2-2 on the season and rated no. 8 in the Division I power ratings before Tuesday’s match against powerhouse St. Paul’s.

Uncharacteristically, St. Paul’s, winners of six of the last seven Division I state titles, has already lost three matches this season. Still, Tuesday’s contest was a chance to see how the Jackets measured up against the one of the most successful programs in Louisiana.

“We’re really trying to implement a culture of championship,” said Hilliard, whose Yellow Jackets started the year with a 4-2 win over highly-regarded Mandeville. They kept winning, and were 5-0-1 through the first portion of their schedule.

That’s when Hilliard overheard some of his players saying they thought the team had a chance to make a deep run in the playoffs.

“We had to tell them, that mentality is done. The mentality of, ‘I hope we can make a good run.’ That’s gone,” Hilliard said. “Making a good run is no longer acceptable for this program. The only acceptable end to a season is lifting a trophy at Strawberry Stadium (site of the state championship match) at the end of February. That’s a culture and a mentality change that we’ve had to push since day one.”

A 2014 Denham Springs graduate, Hilliard has seen the program grow first hand. His senior year, the Jackets earned their first berth in the state playoffs. It led to a first-round loss, but they made the quarterfinals the next year, and have been in the playoffs every year since.

Even before taking over for Chris Thorne as head coach, Hilliard was still contributing to the Denham Springs program.

“One of the problems coach Thorne identified with the program was that we were top heavy,” Hilliard said. “We had a couple of big stars, but the level of play from the supporting cast was what was missing.”

This led to Thorne asking Hilliard to take on coaching duties for a club team in Denham Springs.

“(Thorne’s) request to me was to elevate their level of play. He said, ‘I know my one through four guys are going to stay really high, but if you can elevate my five through 15 players then it will take us from being a quarterfinals team to one that competes for a state championship.’”

The Yellow Jackets have shown that ability at times this year.

Leading scorer Axel Agurcia, a junior who Hilliard says ‘may be the best player in the state’, has scored a team-leading 21 goals. Seniors Brennan Amato and Luke Turner have also been key contributors, as has Turner, a member of a junior class that dominates the Jackets roster.