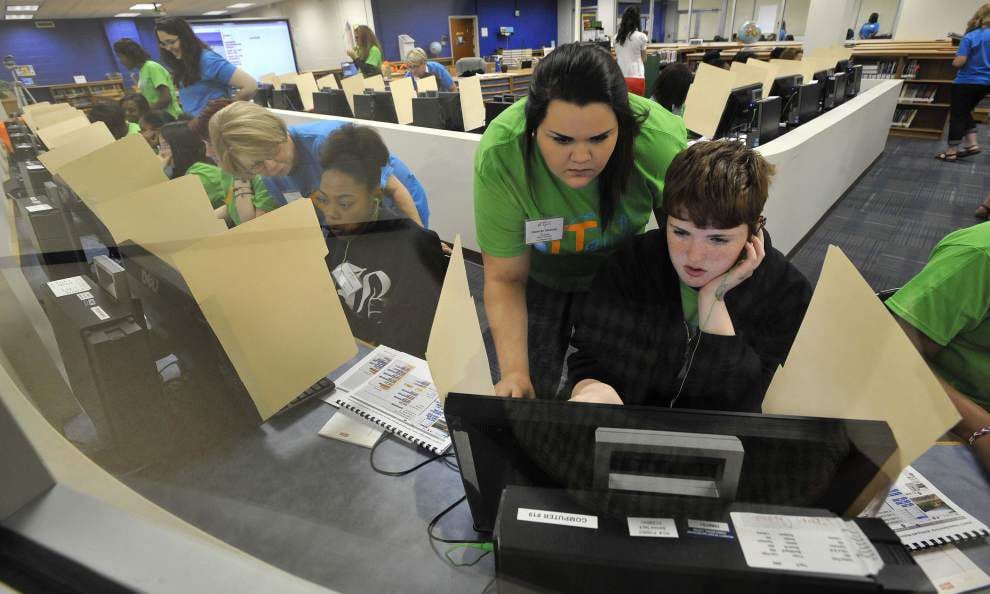 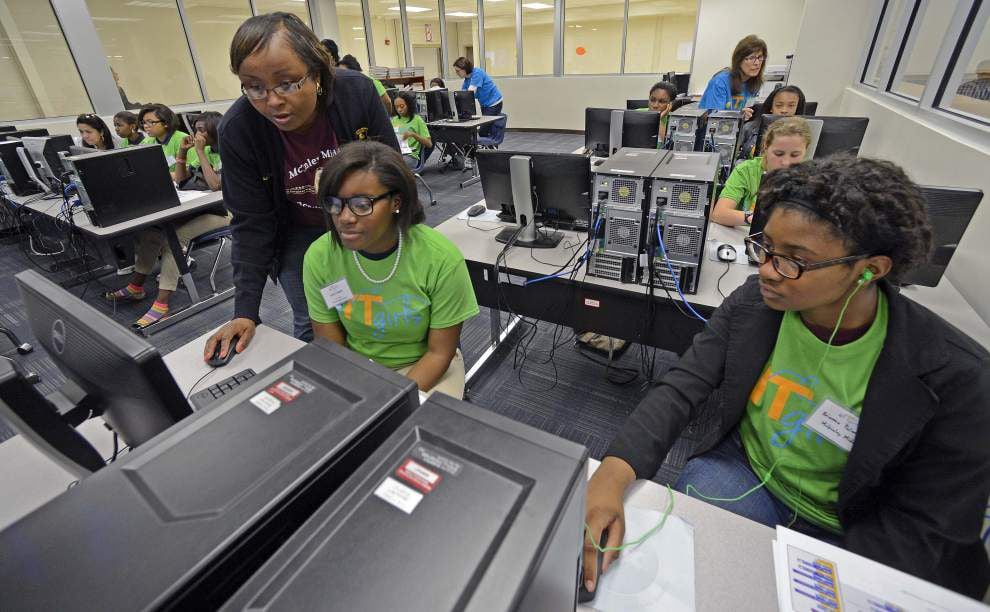 Computer programming is fun, and easier than Brianna Palmer thought.

The McKinley Middle Magnet School seventh-grader sat in the gymnasium at Lee High Science, Technology, Engineering and Math Magnet Academy on May 2 eating lunch with classmates Ariel Cotton, also in seventh grade, and Phoebe Hemmering, a sixth-grader, during a break in the morning-long IT Girls Technology Workshop.

Palmer’s ease with computer programming comes as no surprise to Kristen Reeves, creator of Louisiana Women in Technology, a networking group for women in the Baton Rouge area working in science, technology, engineering and math-related careers. The group also made the workshop possible, from organizing the event to providing volunteer programming teachers.

Reeves works as a senior systems administrator for Geocent, a Baton Rouge technology company, and says she always knew she’d choose a career in computer science. She gives at least partial credit to her early exposure to the field.

“My high school offered a program, so I started that my sophomore year,” Reeves said. “By the time I was a senior, I was leading projects,” despite the fact that she was one of the only girls in her computer science classes. And it was awkward.

She didn’t want girls who could learn to love her field to be driven away by those circumstances, so she and her colleagues decided to become the mentors they thought were needed.

“We’ve had great support from the community (to put on the workshop),” she said. “We’re calling this our pilot project, and we’re hoping to expand it into a weeklong event down the road,” Reeves added.

Volunteers led the 40 sixth-, seventh- and eighth-grade girls through a short tutorial on a programming platform called Scratch, after which the students paired up to create video games, the object of which was to teach young children what to pack in a hurricane emergency.

It’s an area where most of them have some experience.

That’s one of the things Lee High Principal Averil Sanders Jr. liked about the event, and is in keeping with what he has in mind when he thinks of his school’s mission.

“We tend to move away from theory, to application-, project-based learning,” Sanders said.

At the end of the two-hour session, the girls had a fairly complete game ready, with sound effects, a point system they designed themselves and visual components working together.

“It’s amazing what they can pick up in just a couple of hours,” said Dima Ghawi, talent development manager at IBM’s Baton Rouge service center, and one of many women who spent the past few months planning the workshop.

After lunch, the girls participated in team-building exercises.

“That’s another important component for a successful career, no matter what your field,” Ghawi said.

“It was fun,” Palmer said, and while she’s not convinced she’ll ever make a career out of video game programming, she understands the importance of being familiar with computer science.

Palmer and Hemmering have already taken some form of computer design class, and Cotton plans to do so next year.

As for being comfortable with a male-dominated field, Katie Assaf has been programming for a while, and there’s a pretty even mix of genders in all her classes.

The Westdale Middle eighth-grader said she thinks the world is changing fast on that front.

Reeves hopes to keep that momentum rolling by letting the young and tech-savvy girls in Baton Rouge know they’re here, and ready to help.