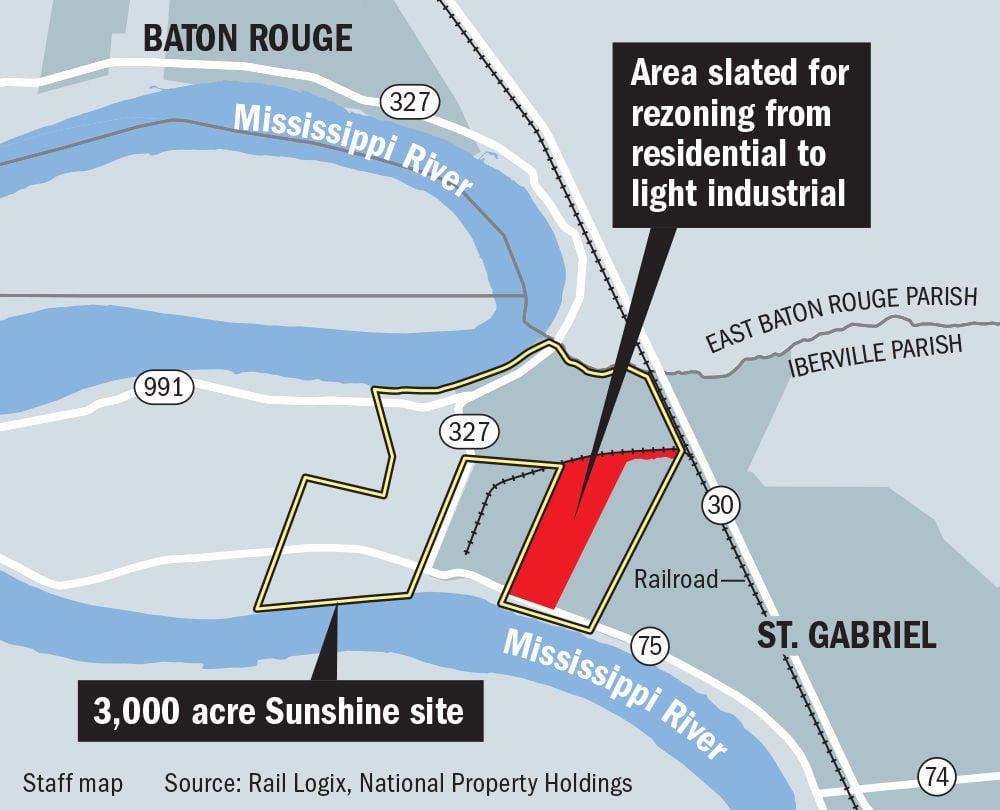 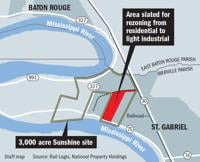 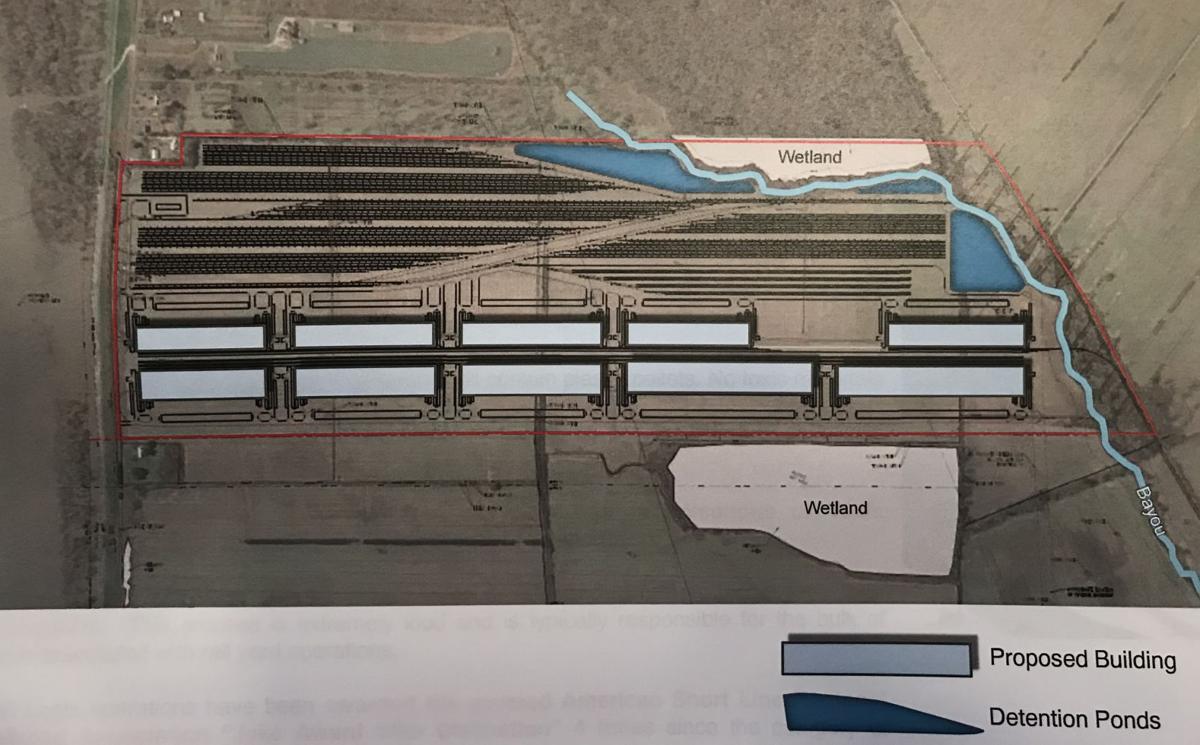 The Railport project would mix rail car storage with as much as 500,000 square-feet of warehouse space, picking up traffic from the Canadian National Railway line along La. 30. La. 30 is to the right of the site, or east. River Road is to the left, or west.

The Railport project would mix rail car storage with as much as 500,000 square-feet of warehouse space, picking up traffic from the Canadian National Railway line along La. 30. La. 30 is to the right of the site, or east. River Road is to the left, or west.

ST. GABRIEL — An $87 million rail and warehouse facility proposed on agricultural land set aside for homes has received a necessary industrial zoning change and other approvals from the St. Gabriel City Council after contentious public debate over the past three months that had been interrupted by the global pandemic.

But a consultant working on the Railport proposal said it's likely six months to a year before the project gets off the ground due to permit needs from Iberville Parish government and other state and federal agencies.

Chris Senegal, the consultant for project backer Rail Logix, said in an interview that a slowdown in demand for warehouse space due to the coronavirus outbreak has also occurred, slowing the speed with which the rail complex will be up and running.

Proposed for 450 acres along the Mississippi River, the rail complex would have 2 million square feet of warehouses with a rail yard on land between La. 30 and River Road. The warehouse tenants would include those that store and transport plastic pellets made in the region's chemical plants, Senegal and other backers have said.

Backers pitched the project as a jobs-producing facility that wasn't the kind of smoke stack complex that has traditionally come to the area. The rail operations and future warehousing could create as many as 120 jobs of a variety of skill levels.

But the industrial rezoning raised worries about what it could mean for the rest of the 3,000-acre tract from which the complex was subdivided.

Some residents have opposed the project over concerns the warehouses might hold hazardous material. Residents are also concerned about traffic from trucks in and out of the complex.

The City Council voted 3-1 in favor the project on Thursday night.

Many of the residents who formed St. Gabriel in the 1990s did so to give themselves control over future development and avoid continued industrial development around the community.

A handful of residents raised concerns about the project again on Thursday night.

Councilman Ralph Johnson moved to approve Railport's rezoning from residential to light industrial, to grant a setback variance so that the complex can be built closer to the road and next-door properties, and to allow a land subdivision.

Johnson said he supported the project for the jobs it would bring and because many of the residents who would live near the complex were in favor of it. As far as fears the rezoning the project would open the door to future industries in the city, he said the council would have to consider those on a case-by-case basis.

ST. GABRIEL — Pat Hayden moved to the Spanish Lakes neighborhood off La. 30 nine years ago to escape the big city and be closer to her son and…