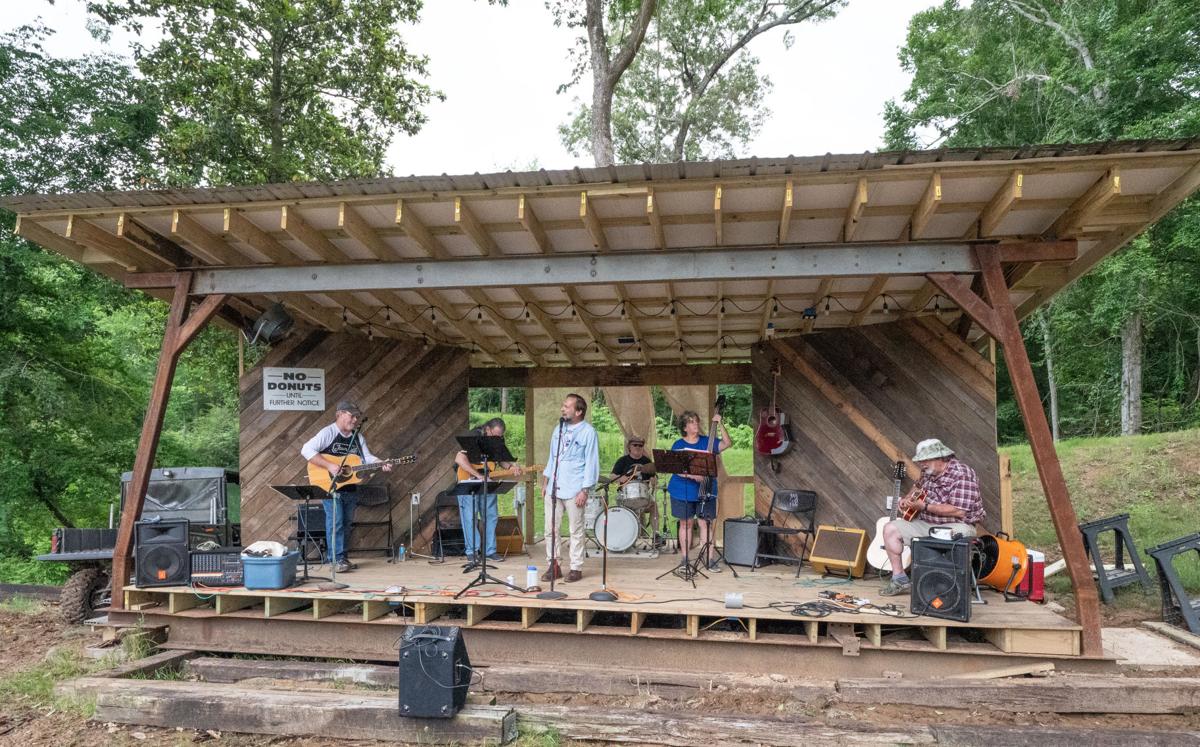 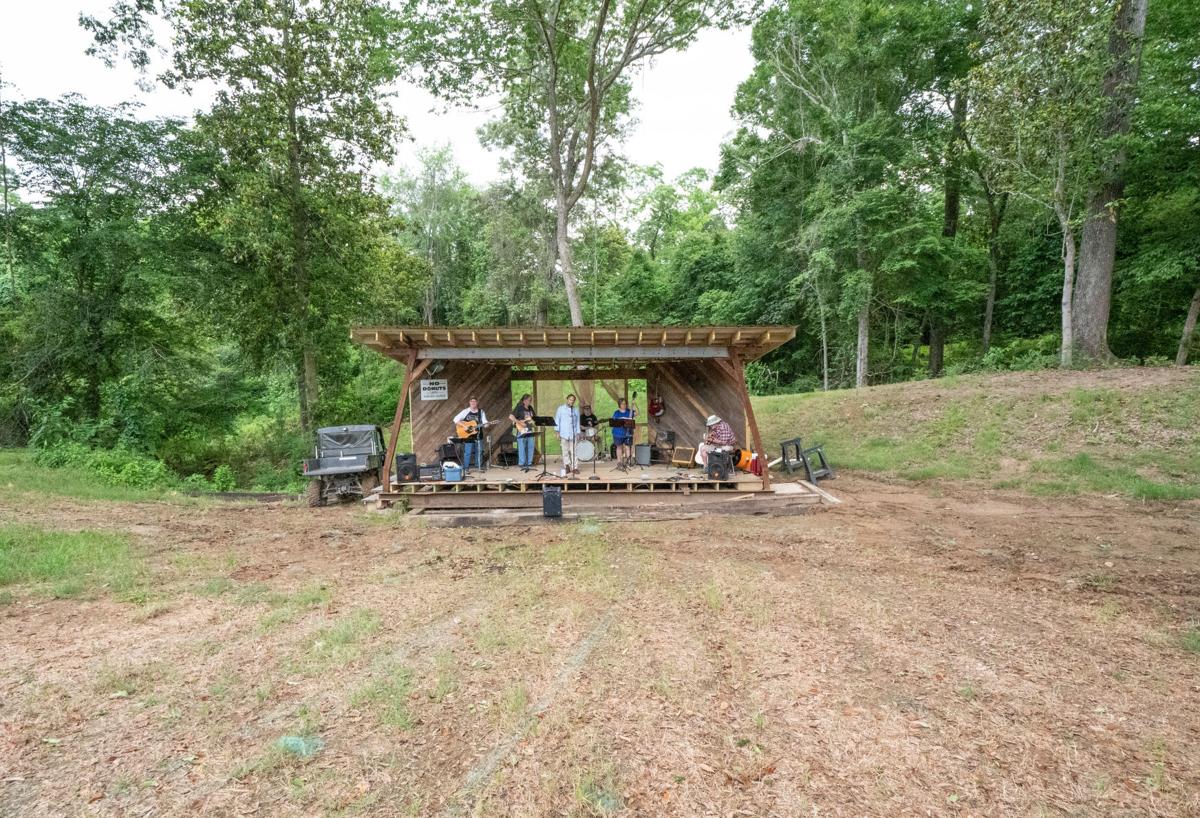 A newly constructed amphitheater in downtown St. Francisville built as a community project by local musicians and music lovers.

A newly constructed amphitheater in downtown St. Francisville built as a community project by local musicians and music lovers.

Needing an additional stage for the Tunica Music Festival, a group of local musicians came together and built an amphitheater stage on Chris and Sheree Fry's property in downtown St. Francisville.

The primary builder and designer Z David Deloach also plays in the band Horseshoe, who were scheduled to open the Tunica Music Festival in March as the first band to play on the new stage.

While the festival was canceled because of the coronavirus pandemic, Horseshoe was still the first band to play on the stage almost two months past the originally scheduled March opening.