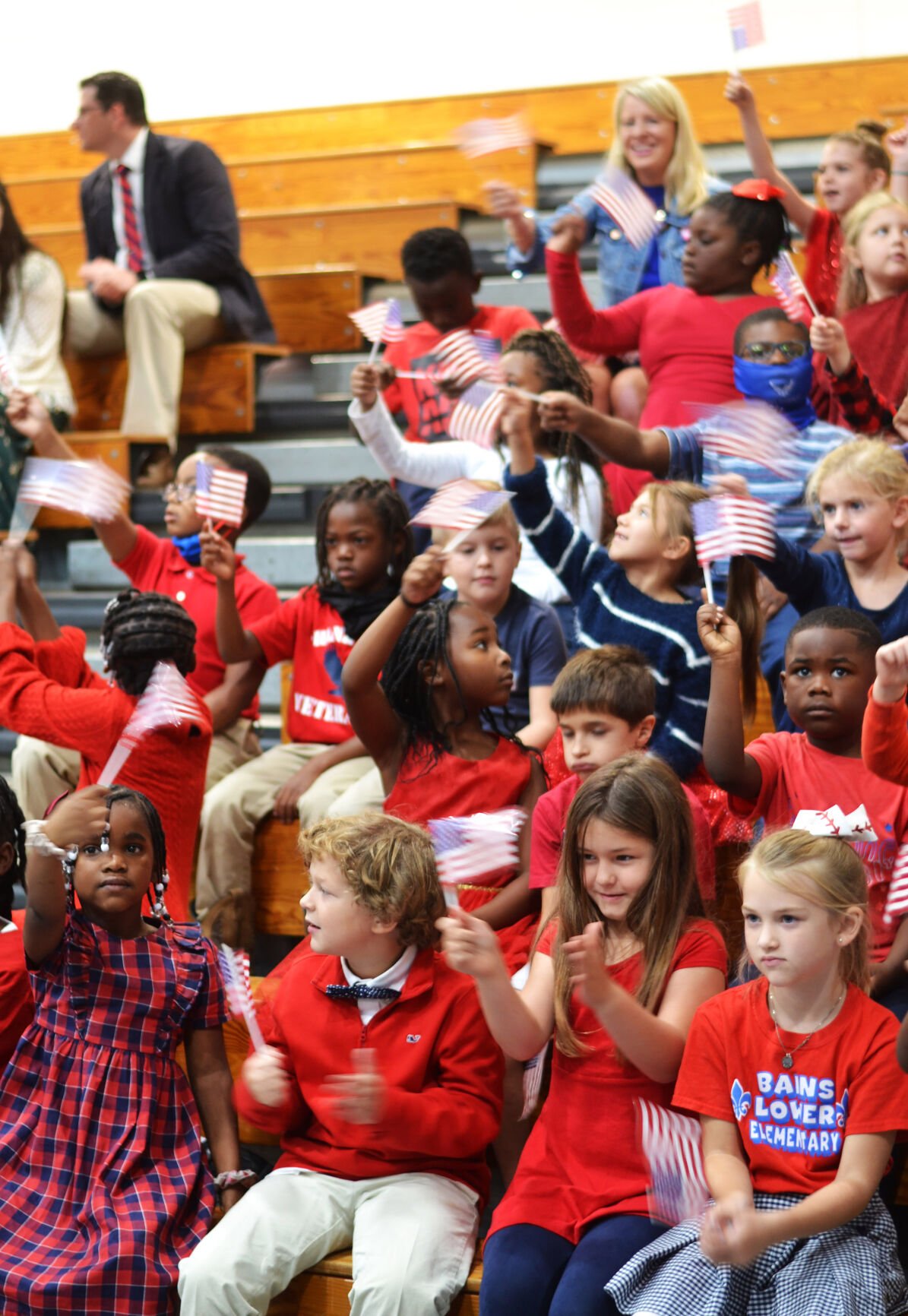 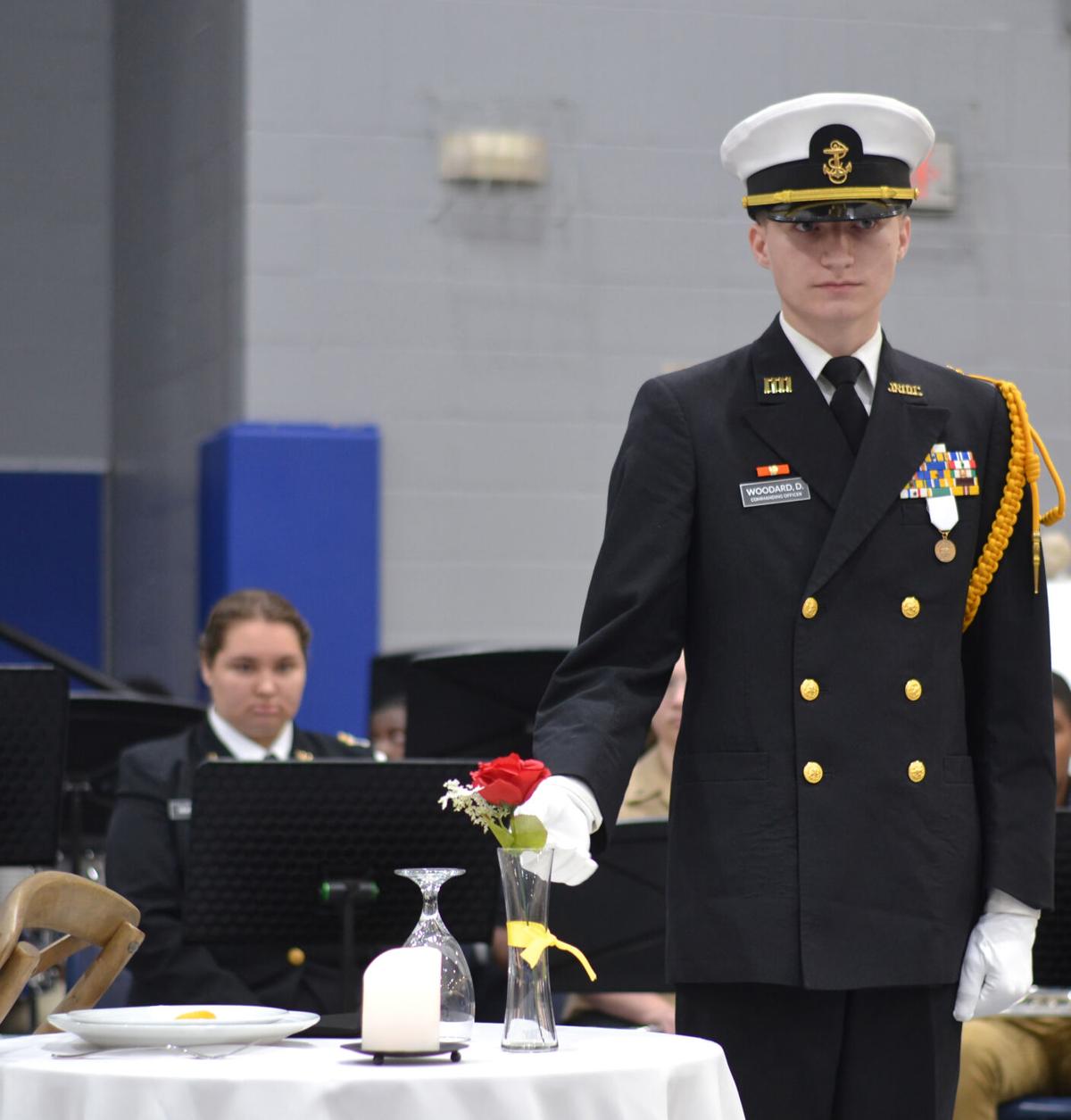 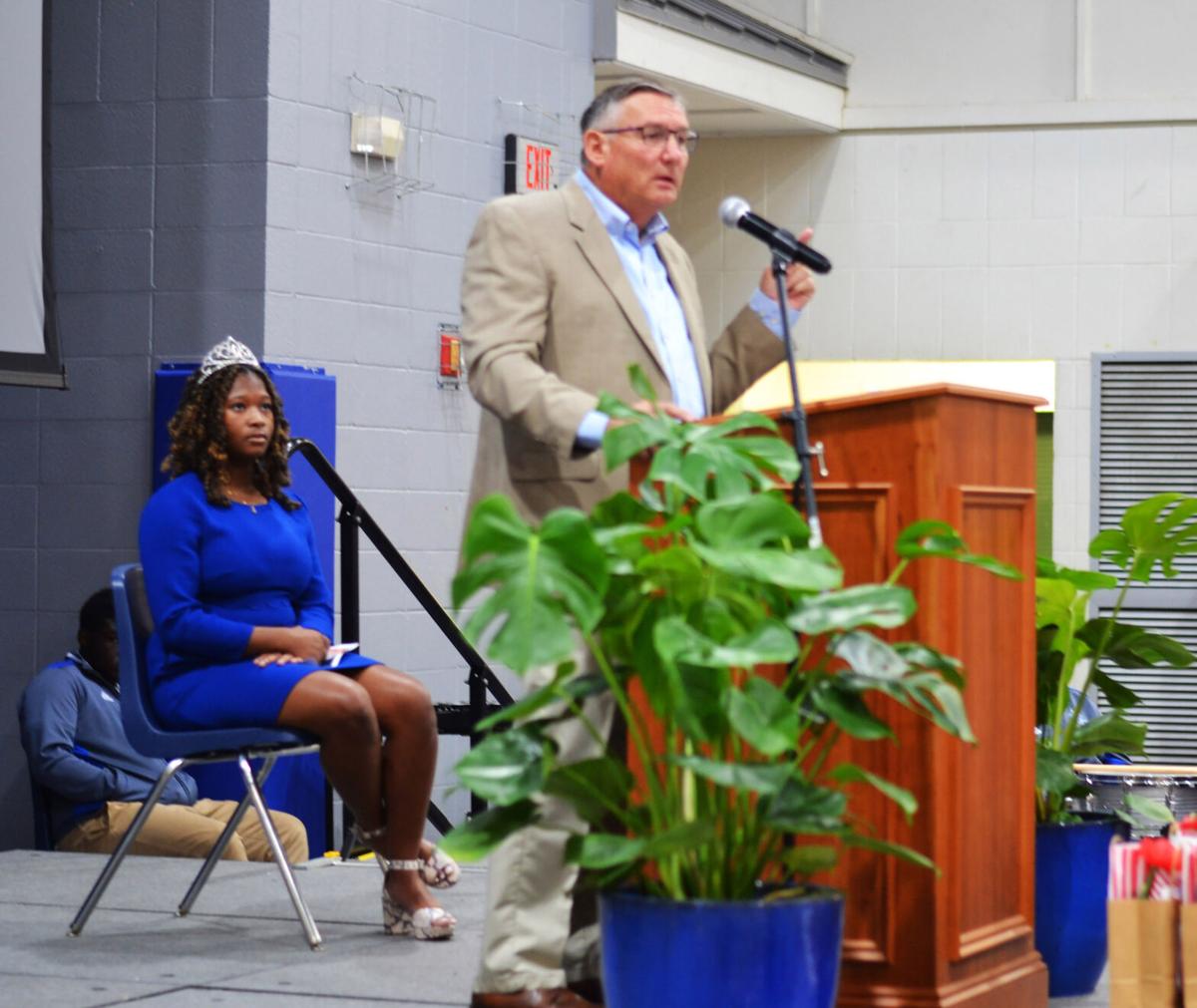 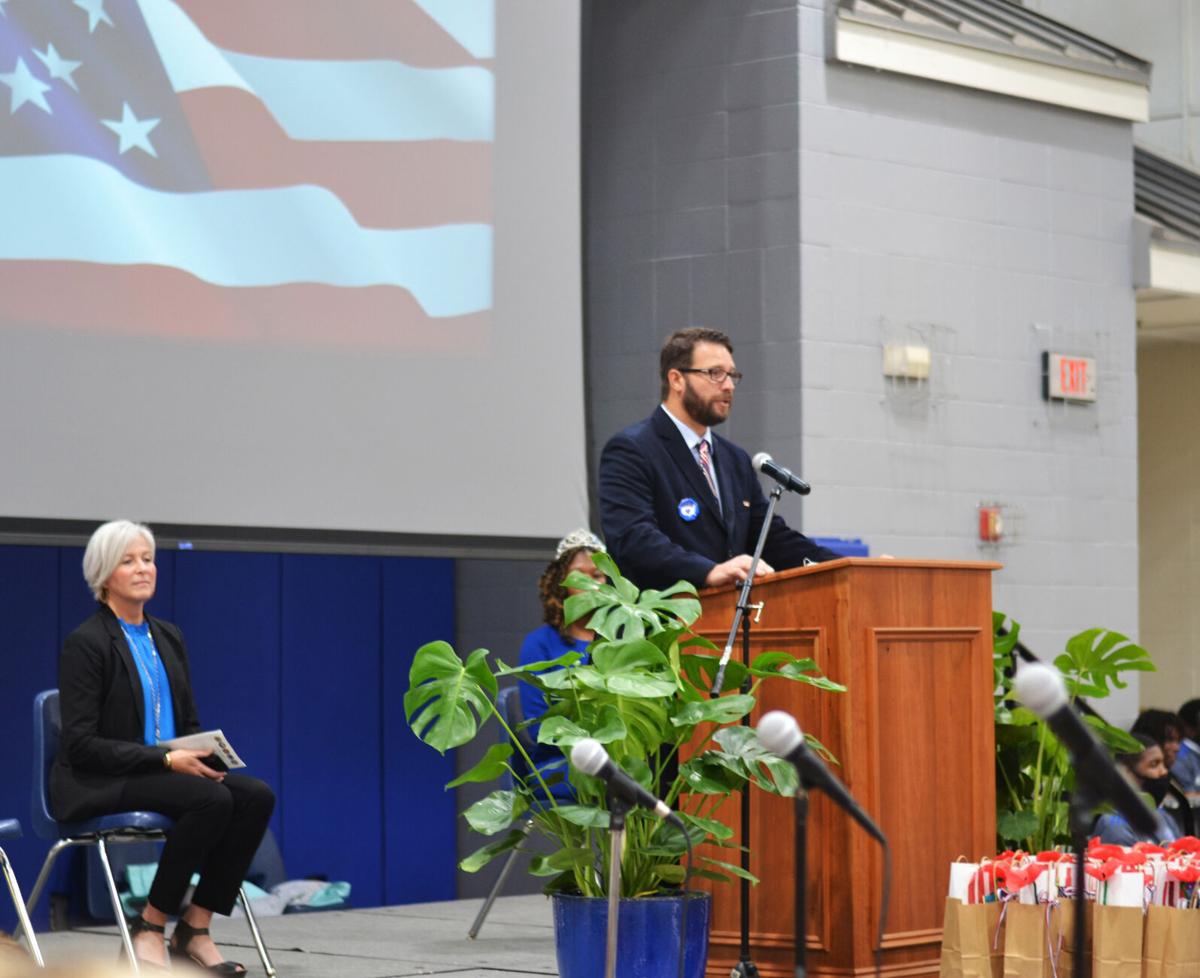 The experiences of retired Lt. Col. James Carroll may seem like a world away to the school children of West Feliciana Parish, but his Veterans Day address bridged the gap and decades as he shared his commitment and sacrifice, only asking them to “never forget.”

Carroll, a retired officer in the U.S. Air Force, was the guest speaker Nov. 11, when students from all schools in the system held a joint Veterans Day ceremony. Clouds and potential rain forced the program to be moved from the high school stadium to the middle school gym.

Veterans from the community were honored and thanked through several presentations. Choirs from the elementary, middle and high schools performed and band music was provided by West Feliciana High School band members.

Tributes to each branch of service and to the Fallen Soldier were given by the Navy Junior ROTC and Kamarah Jackson, the reigning West Feliciana High homecoming queen. Members of the audience stood when their branch of service was honored and were acknowledged with gifts presented by attending students from all parish schools.