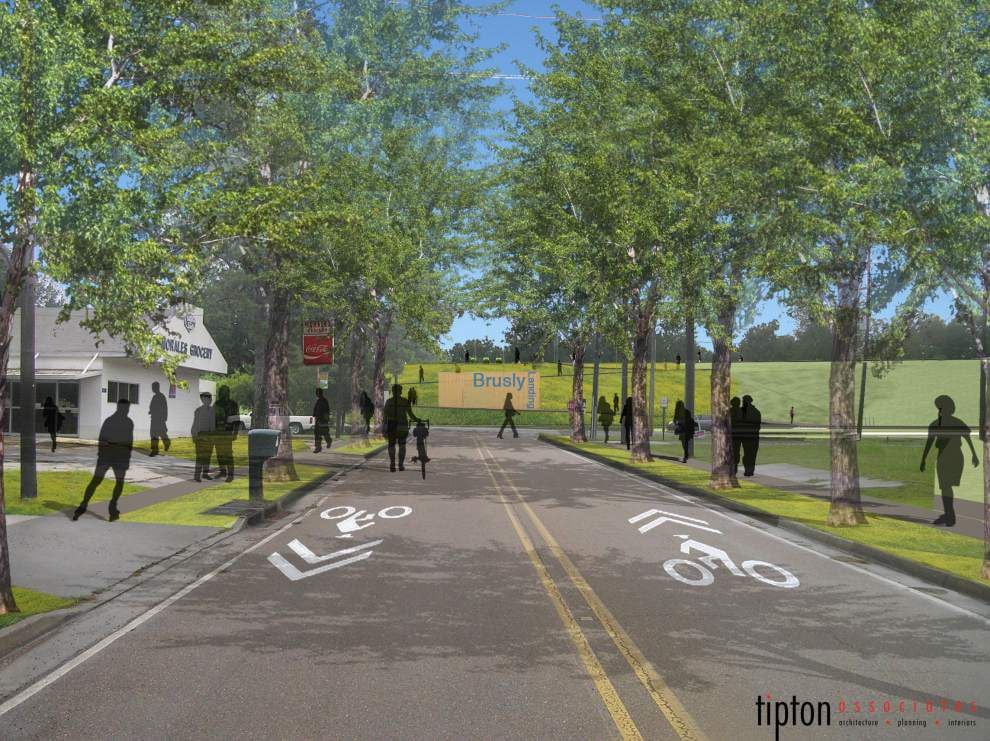 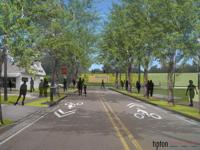 A 2015 artist rendering by Tipton Associates walking/bike trail showing conceptual drawings of the bike path and trailhead in downtown Brusly. 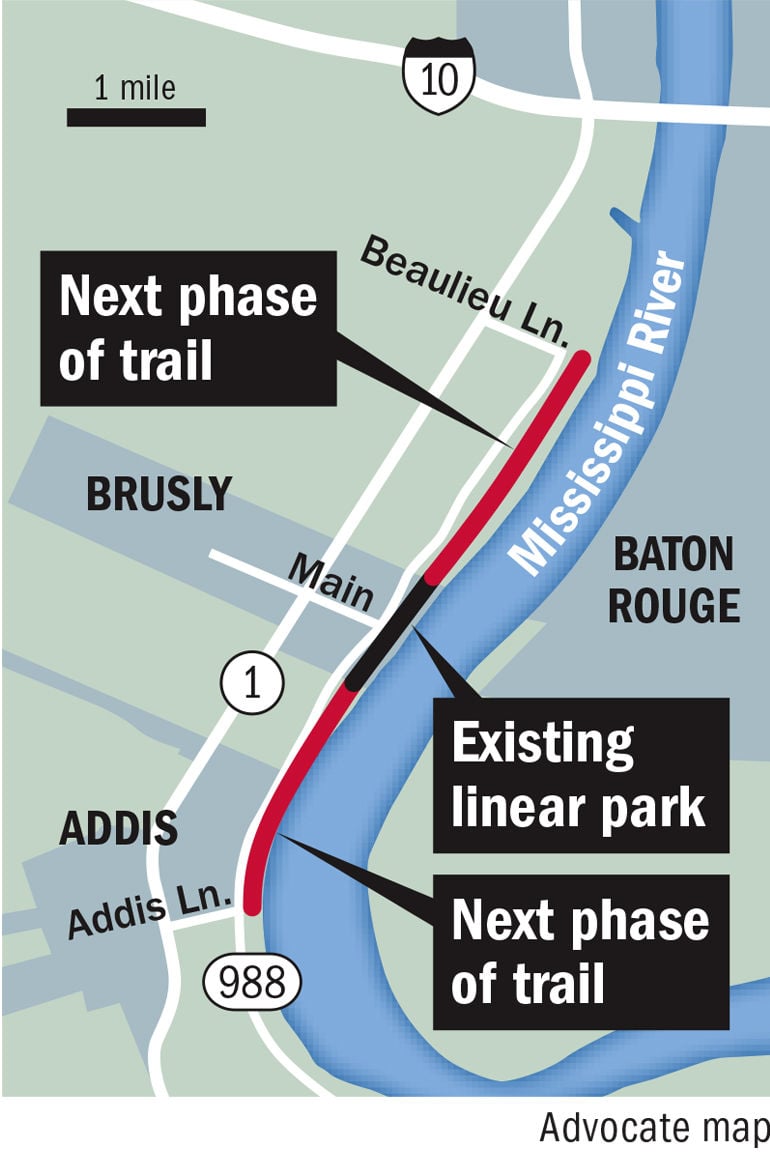 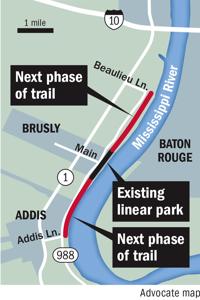 West Baton Rouge Parish is entering the final phases of construction of a 5-mile long recreational trail and bike path, preparing to pave a section of the Mississippi River levee from just outside Port Allen to the town of Addis.

Parish officials say the trailway will create a safer environment for local residents.

Kevin Durbin, director of public works for West Baton Rouge, said contractors are set to get to work within the next 30 days overlaying with concrete nearly 4 miles of the levee's gravel surface from near the Port Allen city limits into the town of Addis.

And he adds that design work is also underway on bike lanes and sidewalks that will link the levee-top trail to Joe Myhand Park in Addis and Alexander Park in Brusly. When added to the existing levee-top park in Brusly, it will create what has been dubbed the West Baton Rouge Heritage Trailway.

"We want people to think of these as a network of trails," Durbin said.

The plan to create the trail, funded using primarily state and federal grant money, was birthed from the Master Plan the parish adopted in 2011. Some of the public input that went into creating that plan called for more sidewalks and recreational amenities throughout West Baton Rouge.

The parish in 2015 overlaid the stretch of the levee top within Brusly town limits with a 10-foot wide pathway and outfitted it with benches and pavilion-type features similar to those found at the linear park in downtown Port Allen.

The latest phase of the project involves the installation of an additional 10-foot wide paved path along the levee starting near Beaulieu Lane in the unincorporated part of West Baton Rouge and pausing about a half-mile north of Main Street in Brusly — where it will connect with the existing path.

The new phase will pick up again about a half-mile south of Main Street in Brusly and end at Addis Lane in Addis.

Durbin says contractors should begin work on the $895,000 project within "the next 30 days."

The parish has to supplement 20 percent of the funding for the project. A federal grant from the Congestion Mitigation and Air Quality Improvement Program is covering 80 percent of the costs.

Once the main trail has been overlaid and the adjoining bike lanes and sidewalks are built in Addis and Brusly, Durbin said, the parish will incrementally install signs that will include mile markers and notices that motorized vehicles are prohibited.

Brusly Mayor Scot Rhodes said that since the town's levee top was paved there has been a sharp increase in the number of cars and trucks using it as a thoroughfare.

"We already have an ordinance we can enforce prohibiting that," Rhodes said. "We're waiting for the signage to go up. Once that happens, we'll start talking with the police department about enforcing it."

In the end, parish officials say, the trail will create a safer environment.