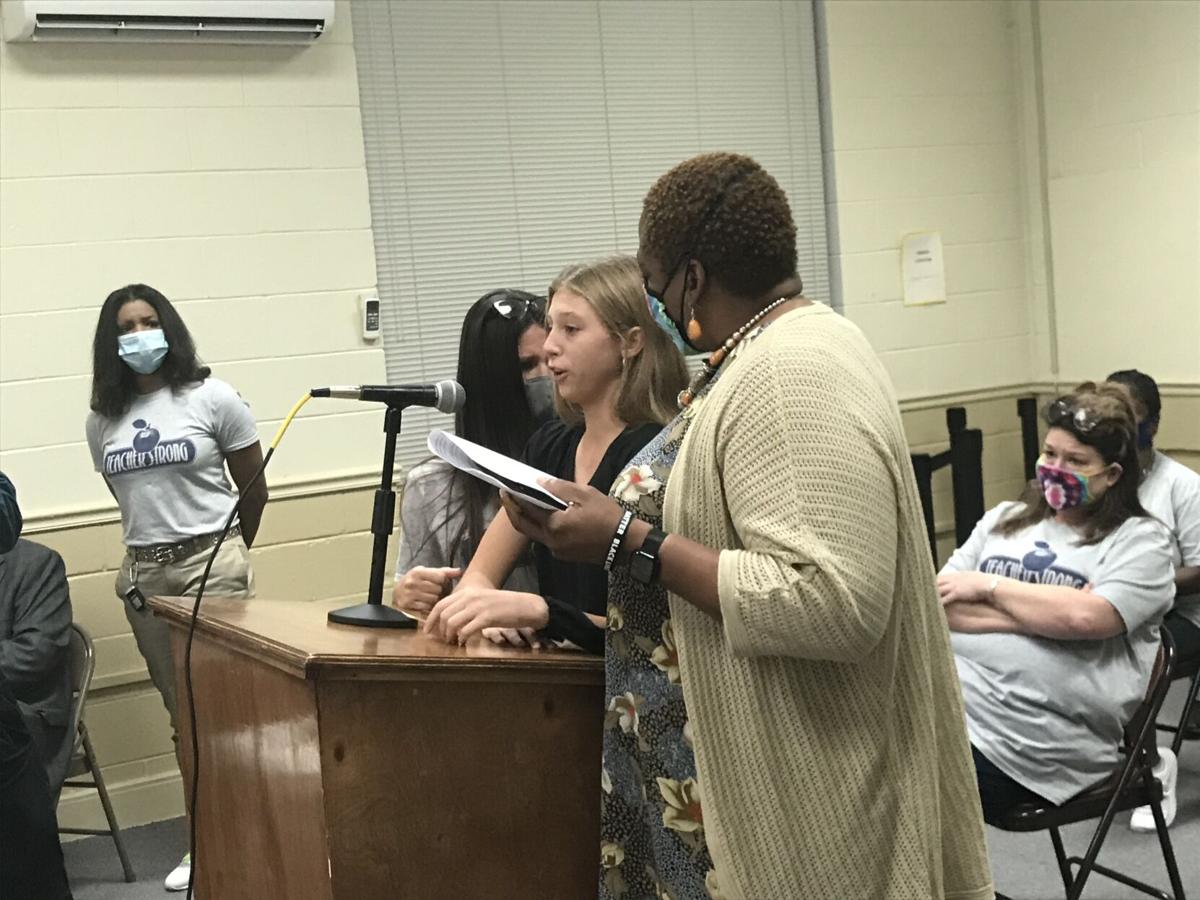 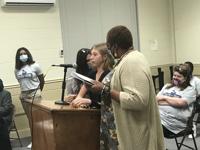 Jilyan Andre spoke through tears while speaking about her mother's financial struggles as a Pointe Coupee Parish teacher during a Sept. 24, 2020, meeting that centered on teacher raises.

Jilyan Andre spoke through tears while speaking about her mother's financial struggles as a Pointe Coupee Parish teacher during a Sept. 24, 2020, meeting that centered on teacher raises.

Weeks after Pointe Coupee Parish public school teachers staged sickouts and stayed away from their classrooms to press their claim that the School Board had failed to deliver on a promised pay raise, the board voted during an emotional meeting Thursday to increase their pay some more but not to the full amount the teachers had expected.

"I've heard my mom cry herself to sleep at night because she couldn't pay the bills," Jilyan Andrea, 12, told board members while choking through tears. She said her mother has struggled financially for years and believed that a property tax increase this summer would result in a $6,000 raise. The board OK'd a total of $5,250, tacking on an additional $2,250 after initially approving only $3,000.

Following the board’s decision, in a 6-2 vote, several teachers and school staff stood outside in a hallway, some openly crying.

Because voting on the property tax increase was delayed by the coronavirus pandemic, the School Board last month approved only half the amount of pay raises until January. Some board members had previously voiced worries the district didn’t have the cash to support higher pay.

The property tax increase passed overwhelmingly and had been advertised to voters as a way to increase teacher pay and address a budget deficit that, if voters had rejected the increase, could have led to school closures, layoffs and other cuts in educational services.

Thursday’s decision directs that teacher pay go up by $1,250 in late December and an extra $1,000 in January. Board member Frank Aguillard, who moved to structure the pay raise this way, said teachers and staff will obtain full raises when the school district collects a full year of taxes.

Ahead of the measure passing in August, supporters of the tax increase warned that perhaps up to half of the district's schools could close. They also said the money to support teacher and staff raises would help address the long-standing issue of educators — especially teachers just starting their careers — moving to neighboring districts that pay more.

Chonnon Andre, a longtime Livonia High School teacher who graduated from there, said she stays in the district because she wanted to be close to family in her tight-knit hometown. But as a single mother of four, the lower pay compared to other districts has led her to take second jobs tutoring or work at restaurants.

Several Pointe Coupee Parish schools were closed Friday after teachers staged a “sickout,” frustrated with a change to a pay increase they wer…

Many teachers, frustrated when the School Board approved half the salary raise amount, called in sick, walked out of schools and forced temporary closures. Those demonstrations were part of an effort to pressure the board to reconsider an earlier decision to give teachers and staff only $3,000 when they were expecting $6,000.

Lucy Poley, who’s taught in the district for 32 years, said voters, as well as teachers, had expected they would receive raises not long after the tax passed.

Pointe Coupee Parish schools have long struggled with financial difficulties and was facing an estimated $1.5 million budget shortfall at the end of the last school year, prompting the board to put a 9.5-mill increase on the ballot.

Poley said she now worries some voters may change their minds in 10 years when the tax is up for renewal.

Teachers halted sickouts after striking a truce with district leaders after being reassured the board would revisit raises and its approval was likely.

School Board President Tom Nelson said he was disappointed at the turn of events. Without specifics, he touched on comments some board members made about criticism the board had received on social media.

Teachers say they plan to be at schools on Friday.