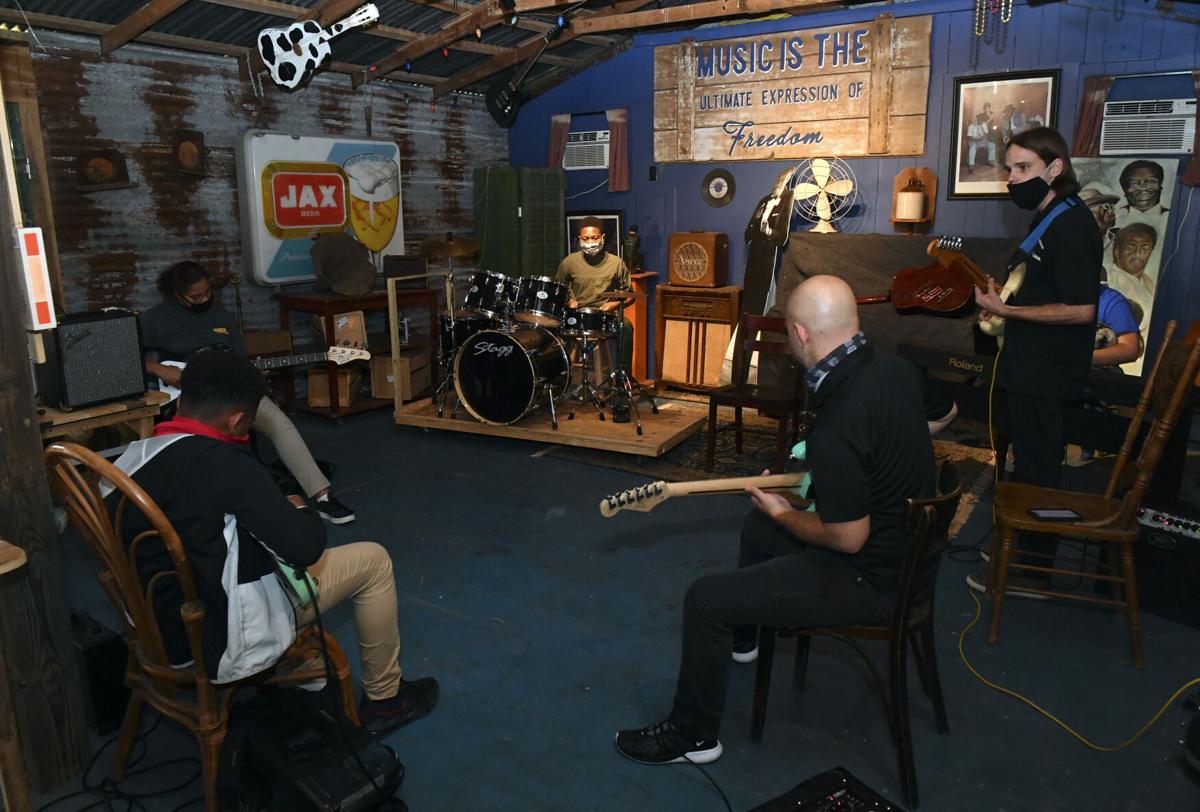 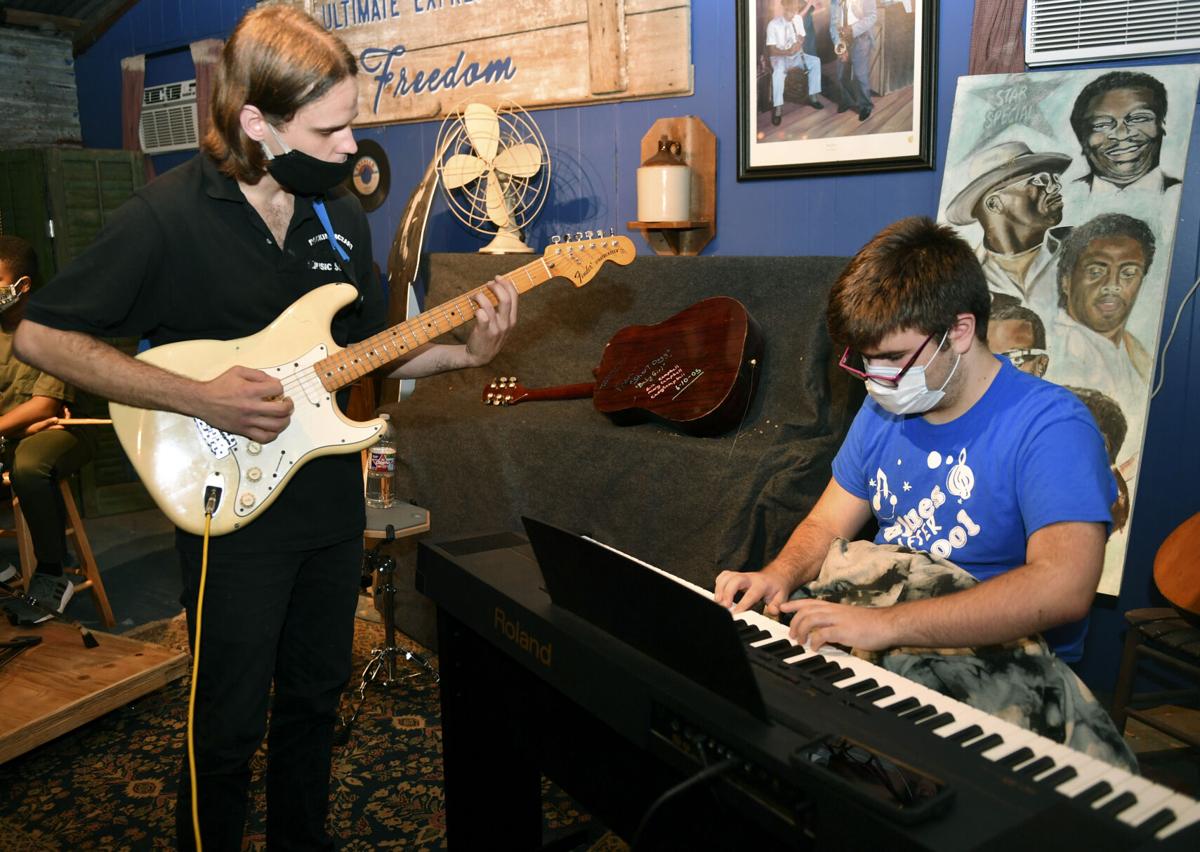 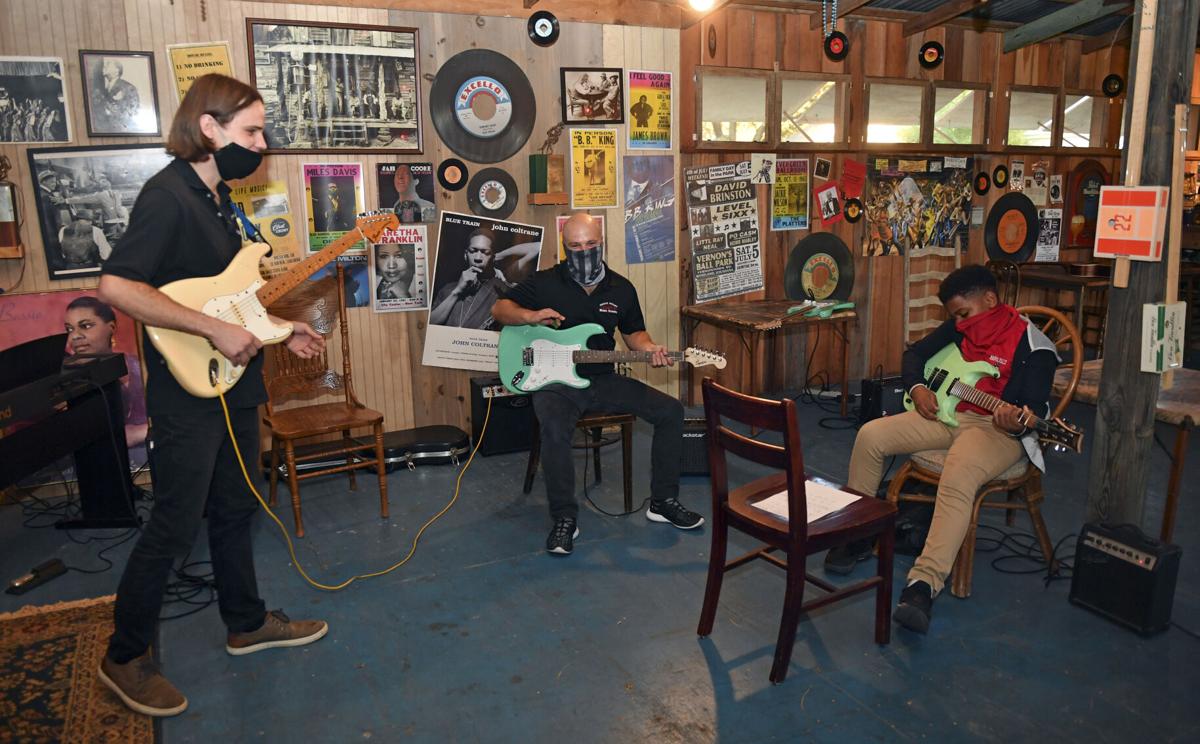 From left, instructors Michael Blount and Mark Dupont work with Landon Pierson as they play during Blues After School, an after-school music program, Friday, November 13, 2020, at the West Baton Rouge Museum in Baton Rouge, La. 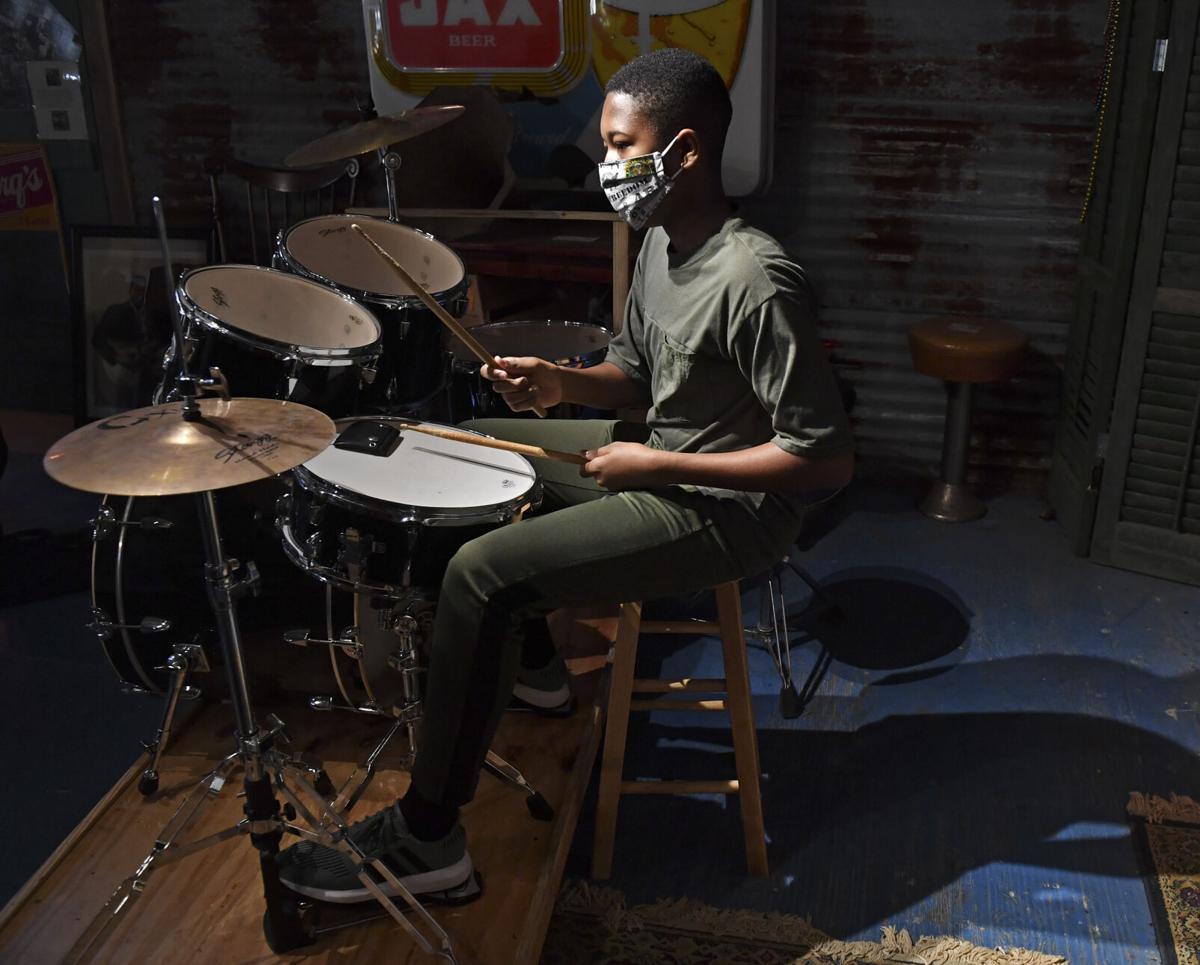 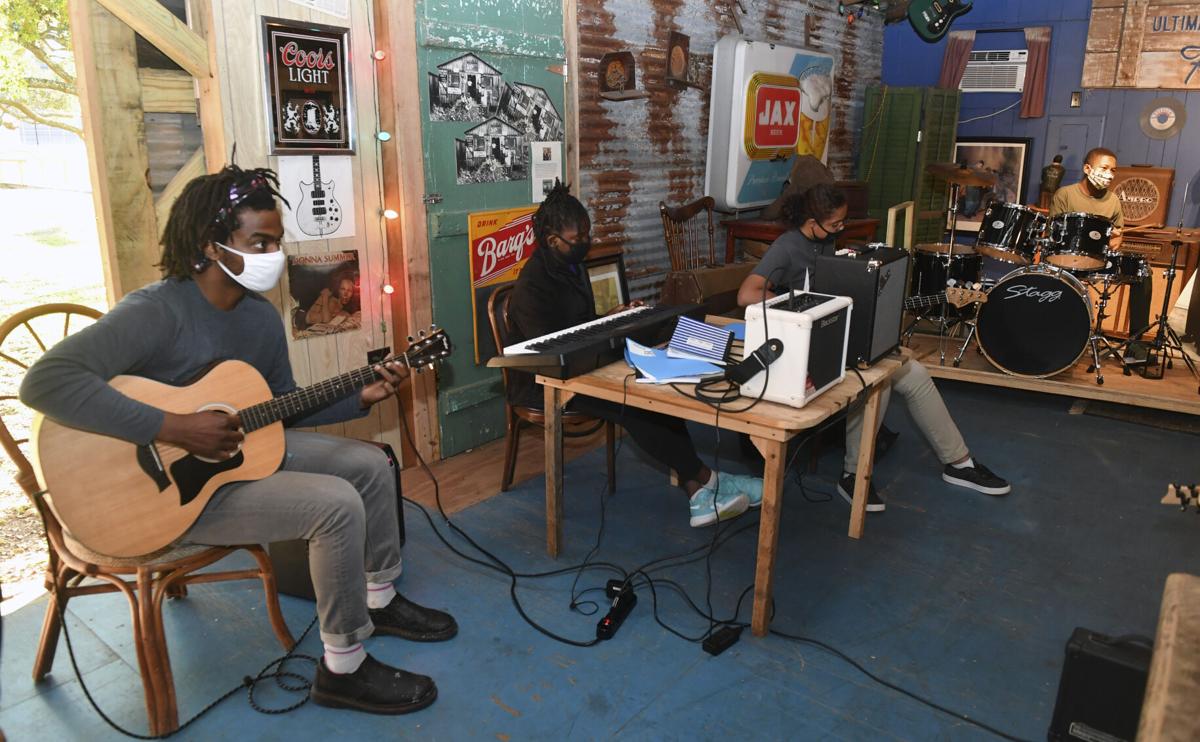 From left, instructors Michael Blount and Mark Dupont work with Landon Pierson as they play during Blues After School, an after-school music program, Friday, November 13, 2020, at the West Baton Rouge Museum in Baton Rouge, La.

The sound of electric guitars billows for blocks, along with the booming thud of shuffling drums, every Friday evening on Port Allen’s north side.

In a tin-roofed building modeled after a juke joint with posters of blues legends splashed across the walls, a group of middle- and high schoolers lay down classics like B.B King’s "Sweet Sixteen" and "Raining in my Heart" by Slim Harpo as their parents sit outside on patio chairs and enjoy a free concert.

It’s part of an after-school program at the West Baton Rouge Parish Museum that gives students weekly access to free instructors, instruments and a space to explore the rich culture of blues music.

Dubbed Blues after School, the program is a partnership between the museum and the Rockin’ Mozart Academy, which provides music instruction in Port Allen, Plaquemine and Donaldsonville.

In its second year, the Blues after School program was awash in uncertainty last spring after the coronavirus pandemic disrupted daily life and shifted music instruction online. But organizers vowed to keep the young program rocking in the fall even if it meant jamming with face masks on and standing far apart.

Michael Berthelot, Mozart Academy’s founder, said the program in many ways bridges traditional music learning with the non-traditional approach of the blues, a gateway to many other styles of music.

“So much music comes from the blues,” he said. “There’s nothing more American than it."

Through a series of grants, the academy provides instructors while the museum supplies drums, guitars, basses and harmonicas. Students can specialize on an instrument or opt for vocals.

When the museum approached Berthelot with the idea of providing free music instruction, he said he couldn’t turn it down, saying he saw it as an opportunity to reach kids who may not have the privilege to learn an instrument.

“I come from poor,” Berthelot said. "The relationship I have with the museum here, it inspires and energizes our mission in Port Allen and this region."

Along with an hour of running through a set of songs with instructors, students also delve into the cultural importance of the blues in the Baton Rouge area.

Jeannie Luckett, the museum’s director of programs and partnerships, sees countless possibilities for weaving the genre’s historic significance into the class.

In the coming weeks, students will build a cigar box guitar, a crude instrument musicians would fashion out of a cigar box that’s tightened with whatever wire was around.

“Back then, you used what you had,” Luckett said.

Students will also have a chance to perform and showcase their work at an outdoor concert at the museum.

Special guests also frequently attend classes. On a recent Friday, Wes Anderson, a prominent New Orleans jazz musician and professor at Loyola University in New Orleans, brought a collection of brass instruments for students to try out, many for the first time.

After a quick and dirty lesson on how to play a few notes, he guided them through an exercise playing the first two notes of the blues scale.

Students’ eyes light up when they pick up an instrument they've never touched before and before too long they're able to play the founding pillars of the blues.

"It seems foreign but it's actually the same," he said. "If you want to learn music, you've got to learn how music works on other instruments."

Alyana Brown, a sophomore at Brusly High School, had dabbled with violin and other instruments in the past. But nearly three months after picking up a bass guitar during a Friday jam session, she fell in love.

After moving to Addis last year, she enrolled in the Blues after School program to meet new friends with similar interests.

“It kind of (leaves) me de-stressed from the week at school. It lets me get off on a good note on the weekend," Brown said. “It made me happy that I was able to find people who love making and playing music.”