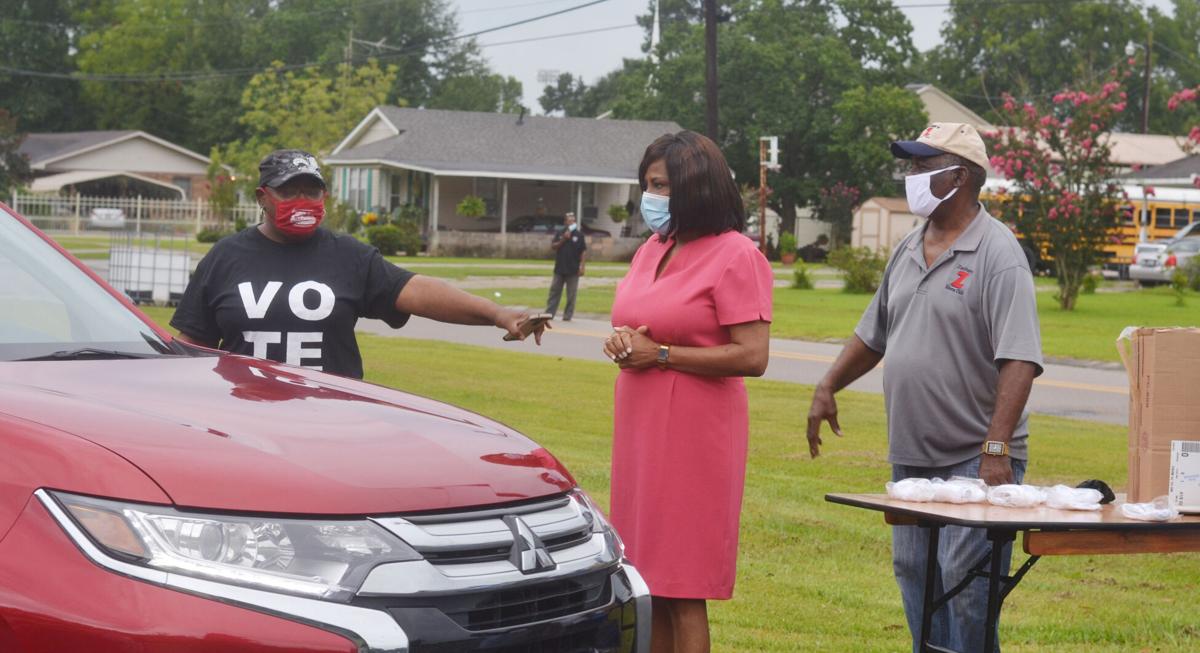 Participants line up during a drive-through masks distribution event Thursday, July 16 at the Zachary Men’s Club. 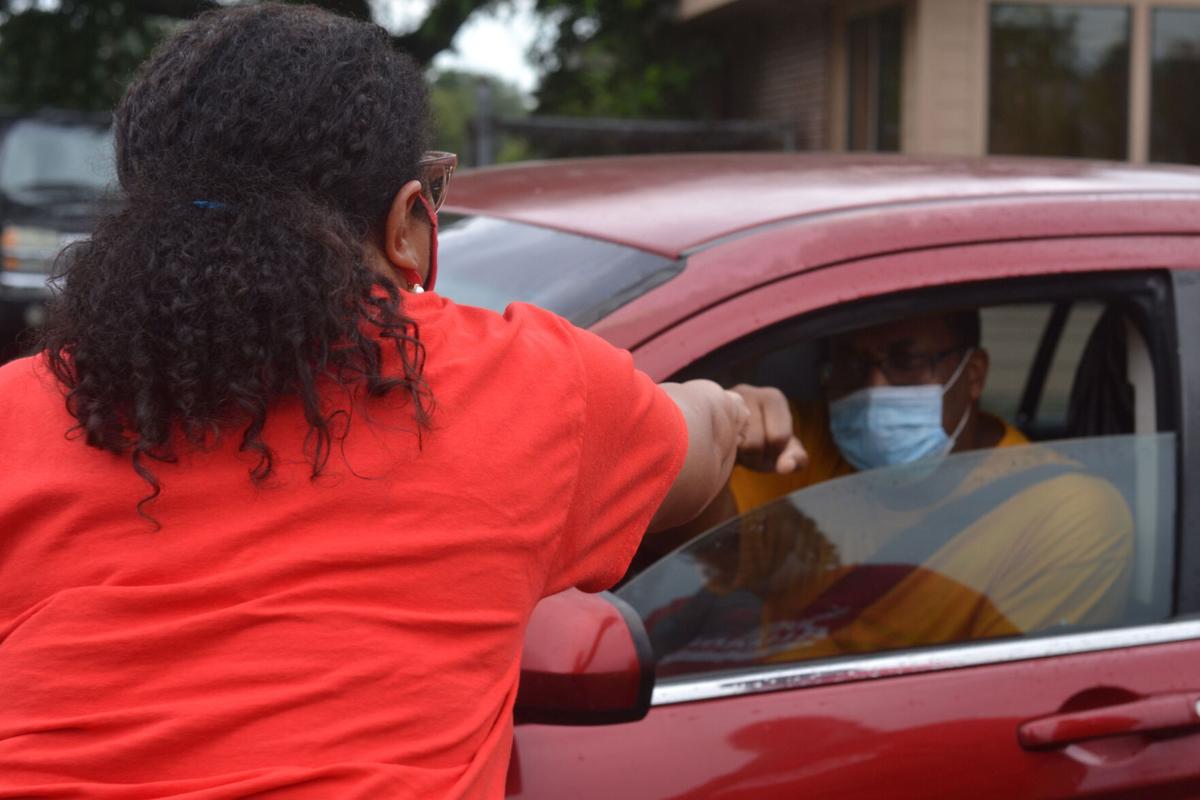 Participants line up during a drive-through masks distribution event Thursday, July 16 at the Zachary Men’s Club.

East Baton Rouge Parish Mayor-President Sharon Weston Broome, who signed an executive order at the beginning of the month mandating the use of face coverings to combat COVID-19, rolled up her sleeves and worked a drive-thru face-mask distribution event July 16 at the Zachary Men’s Club.

City Judge Yvette Alexander was among the elected officials that joined Broome and community advocates during the drive to both provide free masks and to raise awareness of the need to use them.

“I certainly would encourage, first of all, if people are not wearing a face covering or mask, they need to because this is just a temporary discomfort for a long-term gain,” Broome said. “Fact is, when I wear a mask, I protect you and when you wear a mask, you protect me.”

Broome also endorsed Gov. John Bel Edward’s call for spiritual coverings in the battle against the virus. Earlier the day, the governor asked for constituents to join him for three days of fasting and praying during lunchtime from July 20-22. The prayers were solicited for the people of Louisiana, the sick, caretakers and the families of those who have died.

Broome said those actions reflect the best of humanity.

“It's the best of loving your neighbor as you love yourself,” she said. “When you do that this is an opportunity to practice that."

"And as it relates to the governor calling a season a couple of days of fasting and prayer, I am a big supporter of fasting and prayer,” she said. “I believe it certainly serves as a catalyst for us to draw closer to God, but it also helps us have breakthroughs in our lives. And certainly, we need to draw closer to God in a season like this that is so unprecedented, and we need that spiritual support, but it also helps and strengthens us.”

Mayor-President Sharon Weston Broome announced Tuesday her "No Mask, No Service" order will remain in effect until the parish enters Phase 3 o…