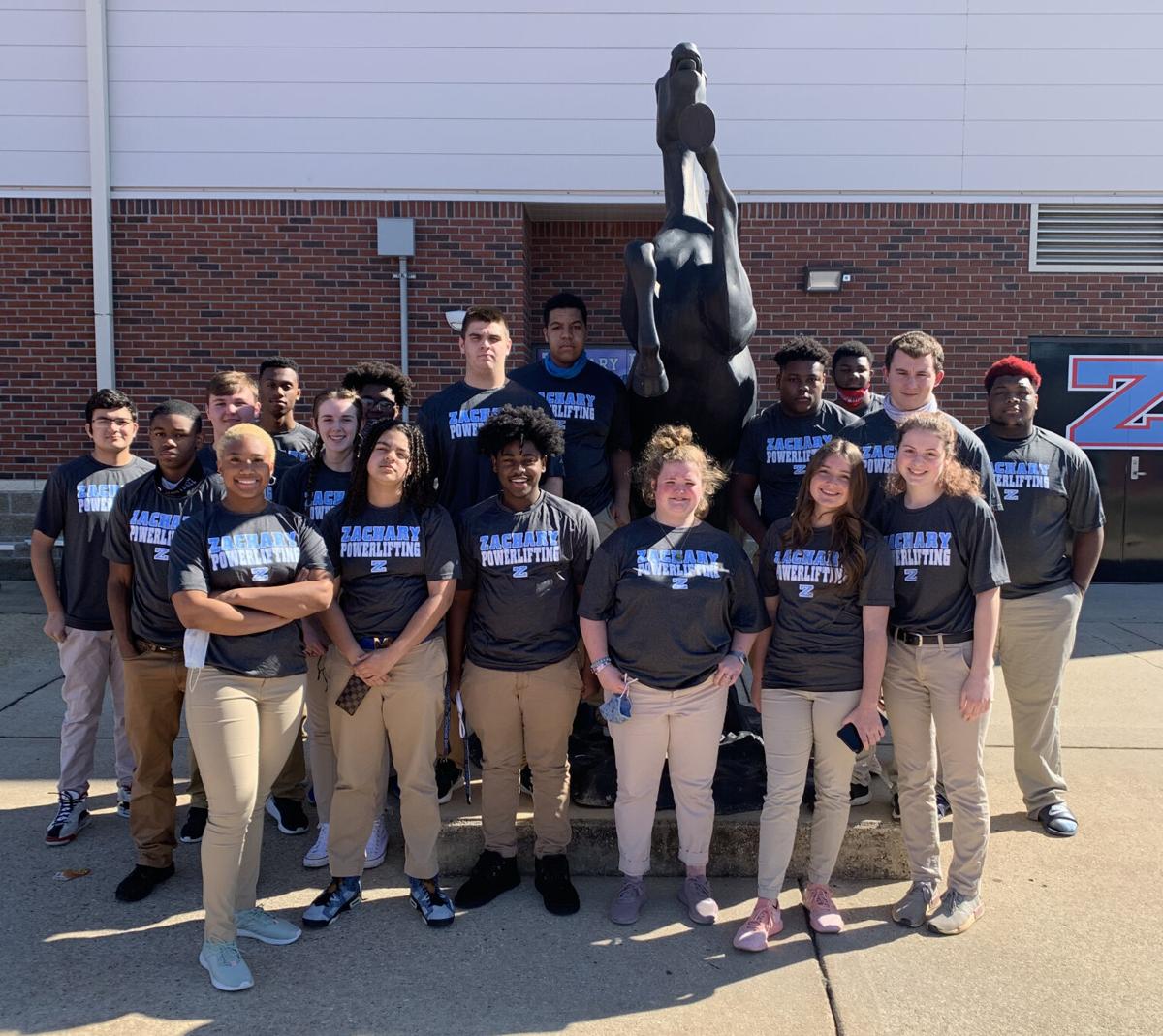 The Zachary High powerlifting team stands in front of the school mascot, a bronco. 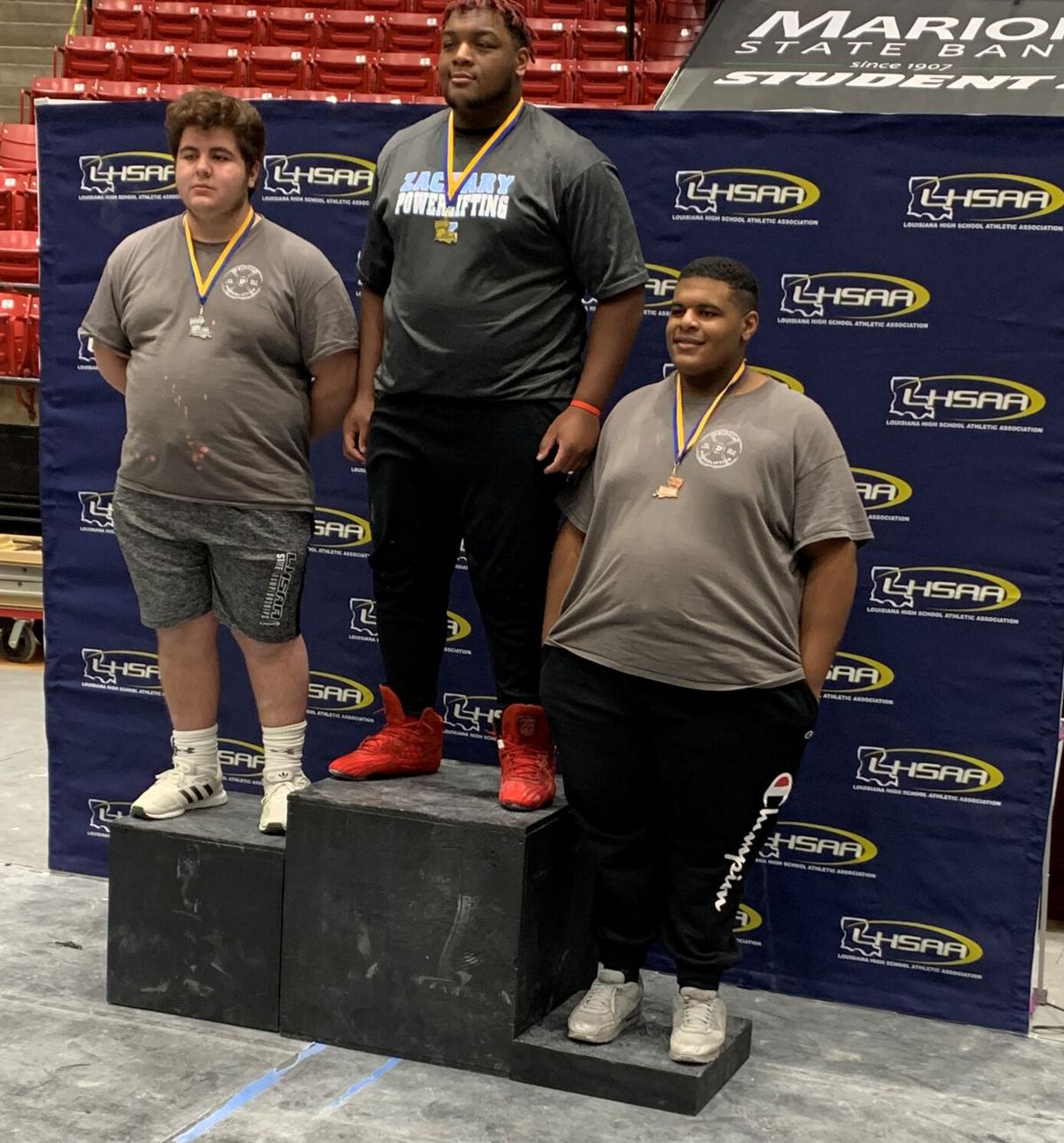 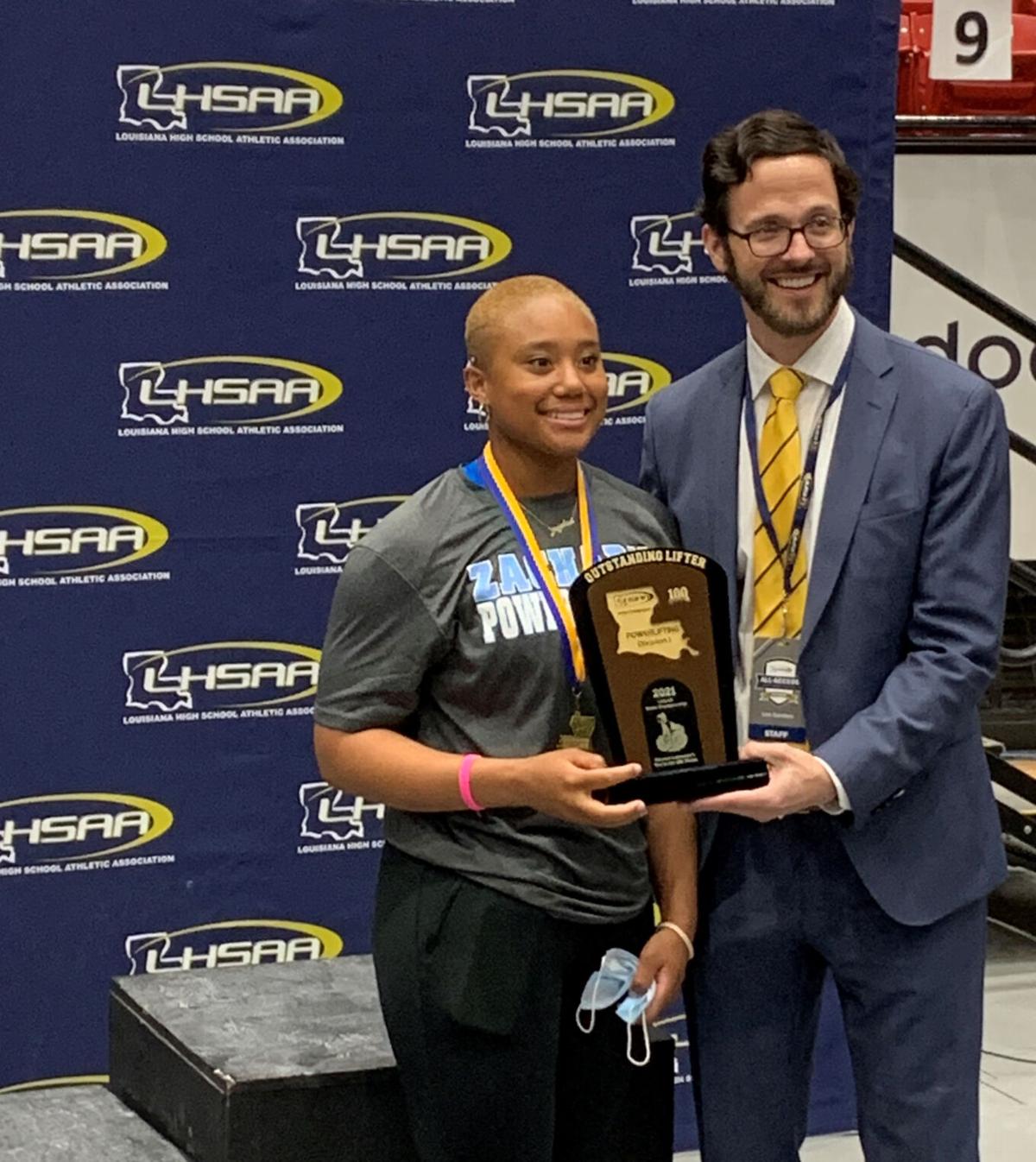 The Zachary High powerlifting team stands in front of the school mascot, a bronco.

Another week rolls around and Zachary High School has two new state champions. For those not keeping count, 2021 is starting to look like the year of champions for the Broncos.

To steal a quote from a Zachary High athletic team twitter account “Our colors may be Columbia and scarlet, but gold looks really good on us.” The Zachary boys indoor track team got things started. A few weeks later, Ashton Freeman won a Division I state championship in wrestling at 220 pounds. The next week, the ZHS boys won the 5A state basketball championship. And on March 20, the ZHS powerlifting team provided both a boys champion, J’Darius Carter, and a girls state champion, Jayden Jackson.

ZHS boys and girls powerlifters competed in the LHSAA State Powerlifting Meet on March 18-20 at Fant Ewing Coliseum at the University of Louisiana at Monroe.

After last year’s meet was canceled, coach Jason Davis was relieved. “I am extremely happy they got to compete in the state championship this year,” Davis said.

J’Darius Carter finished as the 5A state champion at the superheavyweight class with a squat of 630 pounds, bench press of 360 pounds, and a dead lift of 550.

“J'Darius fought through a tough start to win the championship. He fell a little short of his expectations in the squat and the bench, but showed true grit and determination on the last lift of the day (dead lift) to pull a personal record of 550 to come back and win the championship," Davis said.

Taishan Nelson placed sixth at 245 pounds with a three-weight total of 1,355 pounds.

“What an amazing month for Jaydan," Davis said. "Just a sophomore, she won the indoor shot put state championship four weeks ago, and now she is a powerlifting state champ.”

Jackson was also selected as the Outstanding Lifter as her 250-pound bench press set a Division I record.

The ZHS track and field teams hosted the Louisiana Farm Bureau Bronco relays on March 12 and the Zachary National Guard Invitational on March 18. The boys won both meets, including a one-point victory over Catholic High in the March 18 meet. The girls finished second to St. Joseph's Academy in both meets, but the margin of victory shrank as the team prepared for the long haul.

What's Sean Burrell up to?

What you might be asking yourself is “What is Sean Burrell doing at LSU now?” Well, on March 20, he ran a 46.62 split in his leg of the 4x400m relay as LSU won the Louisiana Classic. Burrell’s split time was the fastest on the relay team.