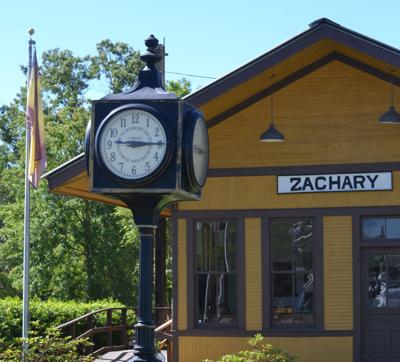 Life in south Louisiana is told through hurricanes and each storm’s stories.

I grew up hearing the names Camille and Audrey. I read or heard about the people who were lost by staying behind or rode out the storm tied in trees. I saw the holes in the lines of buildings on the beaches in Mississippi.

I was an infant for Betsy. Those stories are still ones I was told.

I know we rode out the storm at my grandparents home on Sullivan Road in Central. I know people saw the eye. My grandparents talked about how people carried everyone’s deep freezers to the church to keep them on.

Many other storms dotted my growing up.

My parents moved to New Orleans when I was in college. Labor Day weekend was to be my first holiday heading “home” to New Orleans. However, days before I was to leave, I was told not to come home because of Hurricane Elena. But the storm turned and I did make it only to have to evacuate a few days later because that hurricane had turned again. I then drove back to college in central Louisiana in the remnants of Elena.

Andrew is the first big one I remember. I had been laid off from a job in west Texas. I wound up moving to my parents house near the Arkansas line as Andrew hit the Louisiana coast. The evening I made the drive across Texas had a surreal-ness to it. At every stop, I saw phones with long lines of people begging for shelter.

Trucks trying to enter Texas on 1-20 were backed up for miles, waiting at the weigh station.

By this point, my little white Toyota Tercel was the only vehicle heading east on I-20.

Friends in Texas were panicked that I was leaving that night. I kept joking I had to get there for the hurricane party. West Texans don’t get Louisiana’s party sense of life.

Had I stayed a day, I would have driven in thunderstorms all the way across Texas.

My next major hurricane was Katrina — which so many are all stilling trying to recover from — followed by Gustav, three years later. So many personal stories around those seasons, just as there are for most of you.

As people clean up yet again, we are all at different spots. I just need the power to come back on at my house. (Well, I need to clean the yard, also.)

Others need a house repaired, food or everything. But we know people in this area will jump in and help. We are already seeing that. Well, except at gas stations. Gas seems to be the trigger point for many.

Pay attention over the next months. Help when and where you can. If you need help, ask people. Pay attention to the processes listed in the media for FEMA and the SBA.

Watch to know what businesses and services have opened. By the time this runs, most places north of Baton Rouge will be back to normal but there’s still a pandemic.

Be nice to each other as we fight through the recovery of it all.

Send news and events for the Zachary area to zachary@theadvocate.com by noon Friday or call (225) 388-0731.