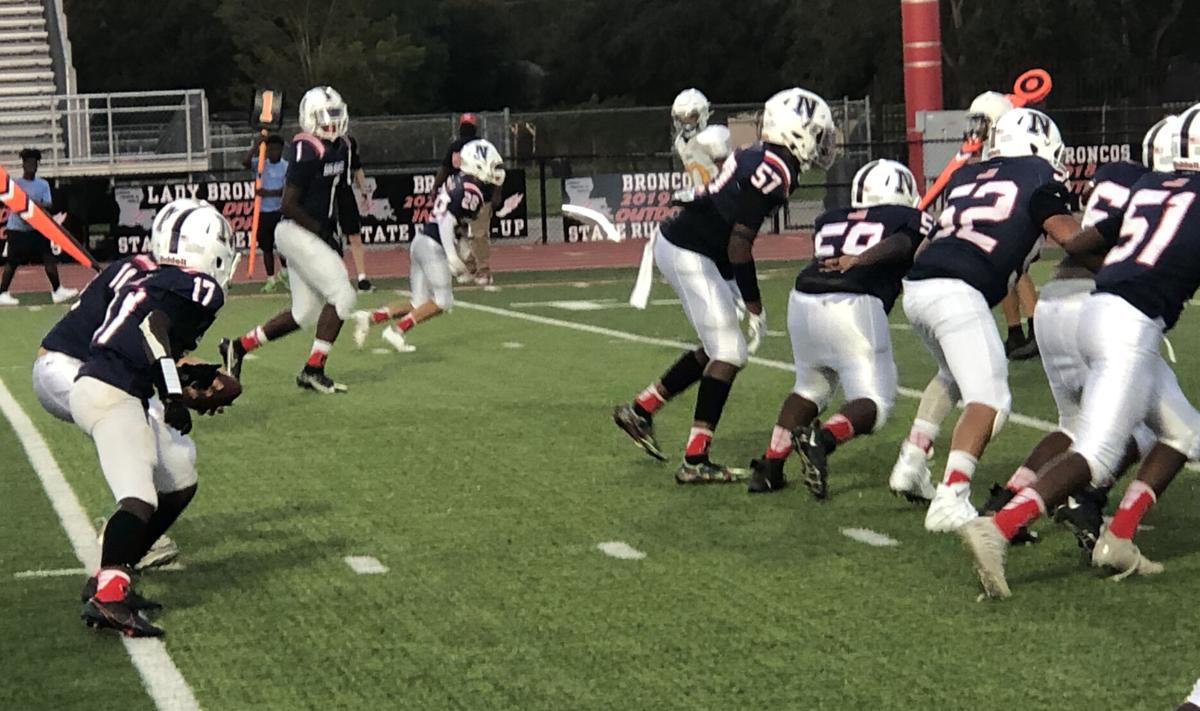 Northwestern Middle's Zane Hollinquest prepare to take a handoff during a recent game against East Feliciana.

The Braves step up to the line of scrimmage during a game against East Feliciana. 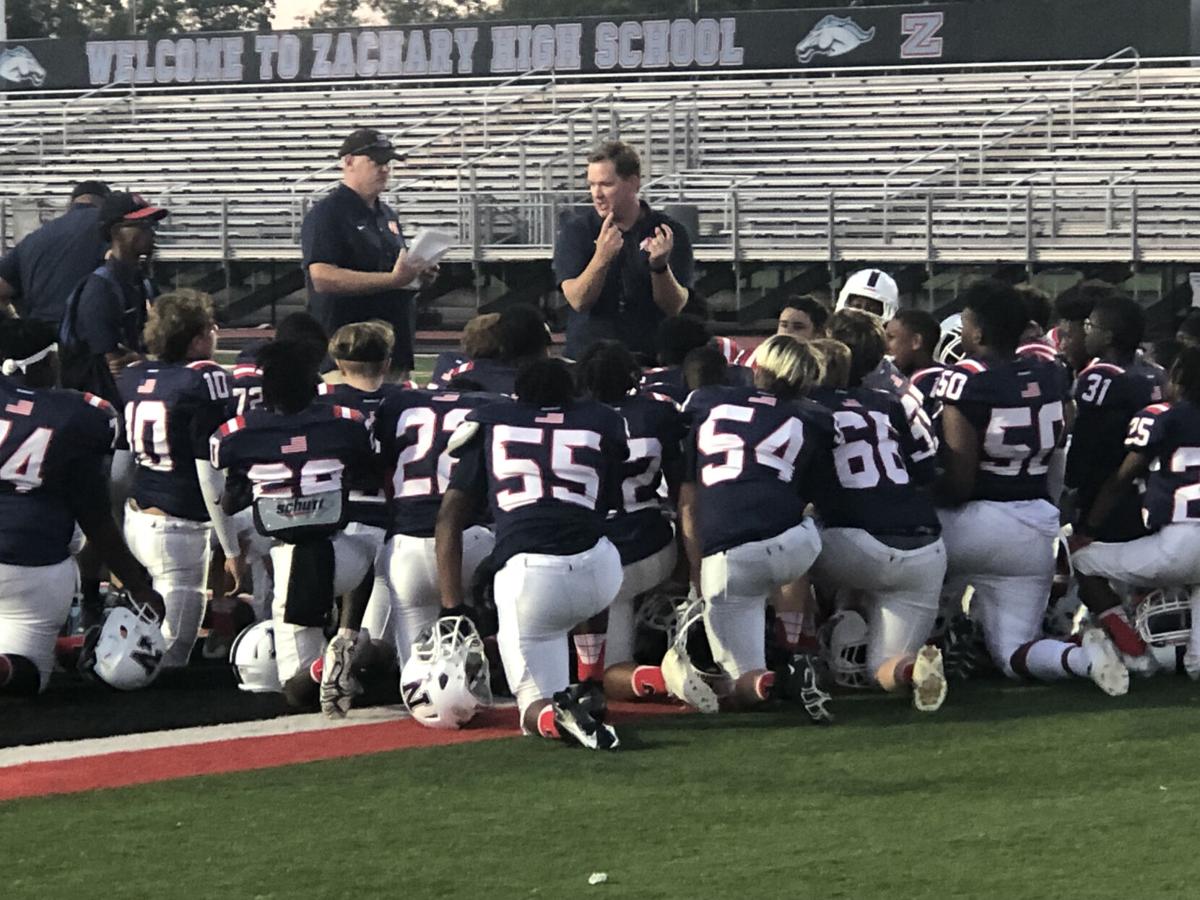 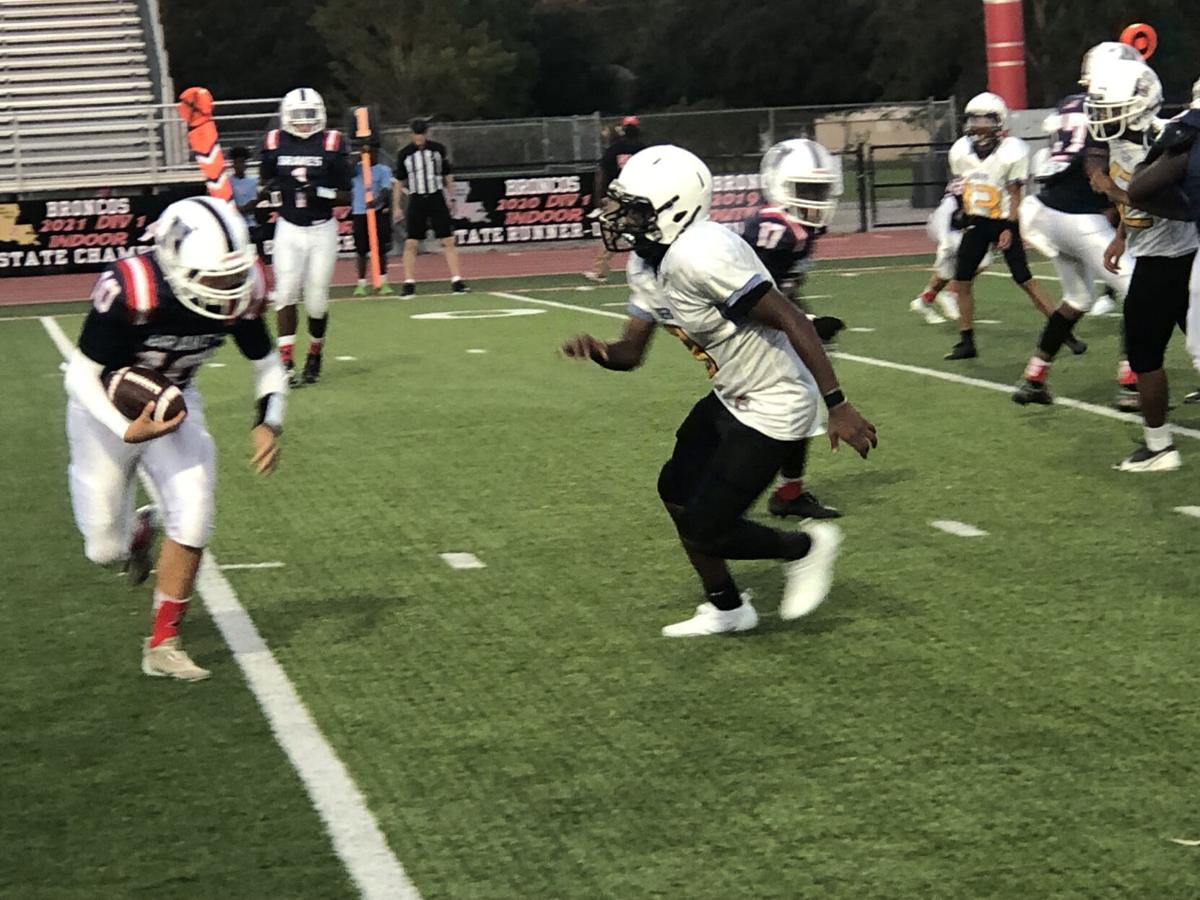 Madden McClure scrambles during a recent game against East Feliciana.

Northwestern Middle's Zane Hollinquest prepare to take a handoff during a recent game against East Feliciana.

The Braves step up to the line of scrimmage during a game against East Feliciana.

Madden McClure scrambles during a recent game against East Feliciana.

A small hint of fall was in the air as the Northwestern Middle School Braves opened the season on Sept. 9 with a 34 to 0 win over East Feliciana at Bronco Stadium.

First year Braves coach James “Jimbo” Walker, who cut his teeth coaching the ZHS freshmen football and the baseball team, picked up his first win as the Middle School coach.

Walker said he was proud of his team's efforts in the win. "They were ready to play and that was evident with the energy that they had before the game as well as level of intensity that they were able to play with and maintain throughout the game," Walker said.

The Braves would start the opening drive in their own 45 and score immediately on the first play from scrimmage when Dylan Shelmire took a wide-receiver sweep along the right end for a 55 yard touchdown. The extra point was no good.

On the Eagle’s first possession, a sack by Malachi Langford would result in a third down and 25. The Eagles attempted some razzle-dazzle with a halfback pass but Brave Matthew Alexander was there for the interception. Braves quarterback Madden McClure’s pass to Kristion Brooks would gain 30 yards on first down and Jecaryus Johnson scored on a running play from 30 yards on the next play to extend the lead. The Braves defense shut down the Eagles and McClure’s 25-yard pass to Cade Russell would close out the first quarter scoring with the Braves leading 20-0.

More of the same in the second quarter when the Braves got the ball back with Brooks scoring again on a 70-yard run. With the 2-point conversion and a McClure to Brooks touchdown pass with time expiring the Braves went on to the half up by a score of 34-0. The Braves scoring onslaught would slow down in the second half as turnovers plagued drives in the early third quarter. The Braves defense held, keeping the Eagles scoreless for the remainder.

Walker’s staff includes former 13-year NFL veteran Atlanta Falcon center Todd McClure and Scott Holstein serving as assistants. “Coach Holstein has been working with those guys all summer and at school every day and the early returns have been tremendous. Usually, in your first game of the season, cramps and fatigue are an issue but we didn't have one guy have to come out of the game tonight for either of those reasons and that's a testament to the job that Coach Holstein is doing with those guys everyday,” Walker said.

“That is exactly what Coach Brew and I envisioned when I decided to step down to the middle school from the freshmen level. We have installed the offensive and defensive schemes that ZHS runs, and this will only help our players as they get to high school because there will be less of a learning curve,” Walker commented.

Walker closed with his excitement around the program and record crowd noting that “I'm just honored to be a part of it.”