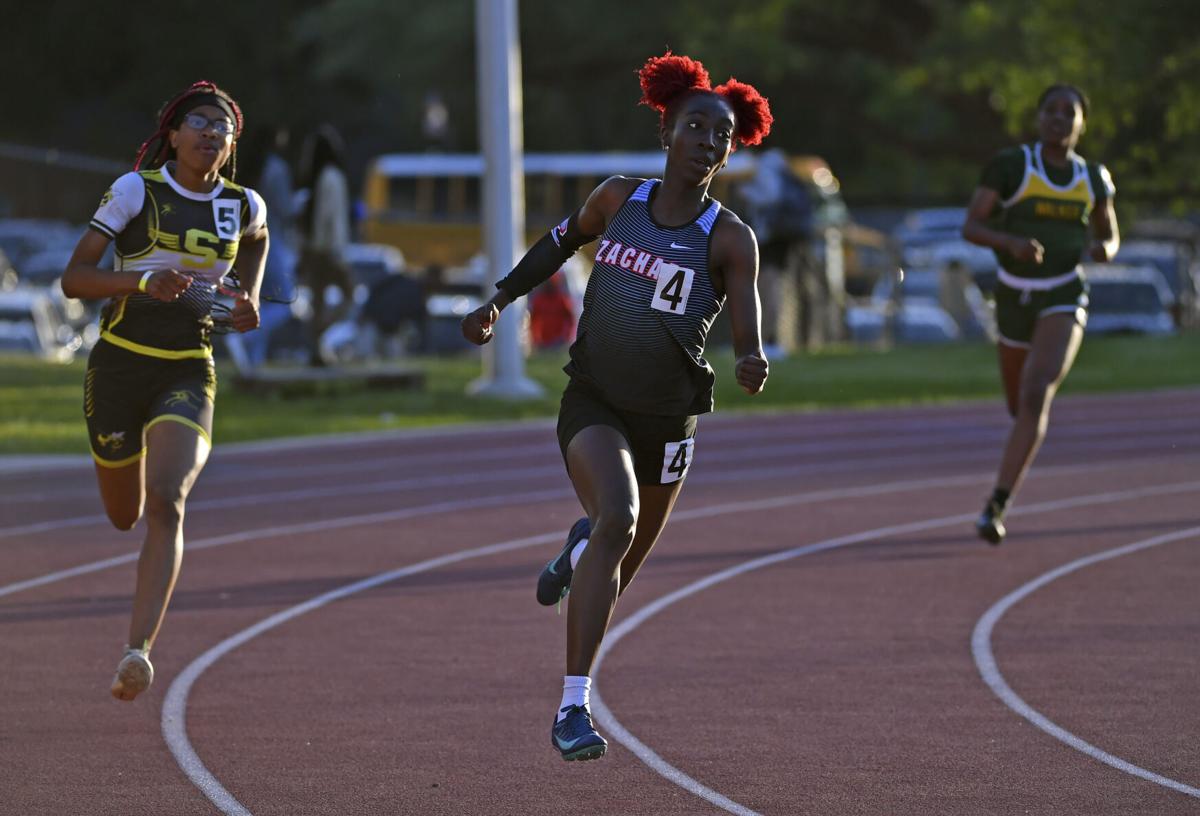 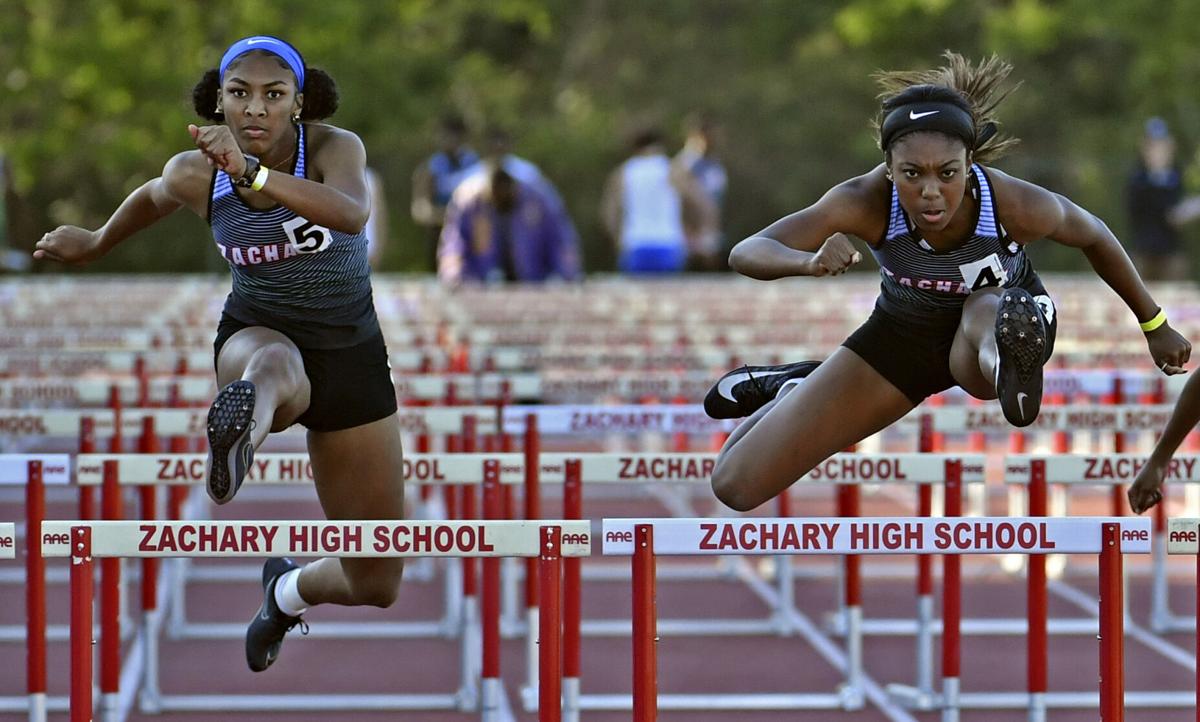 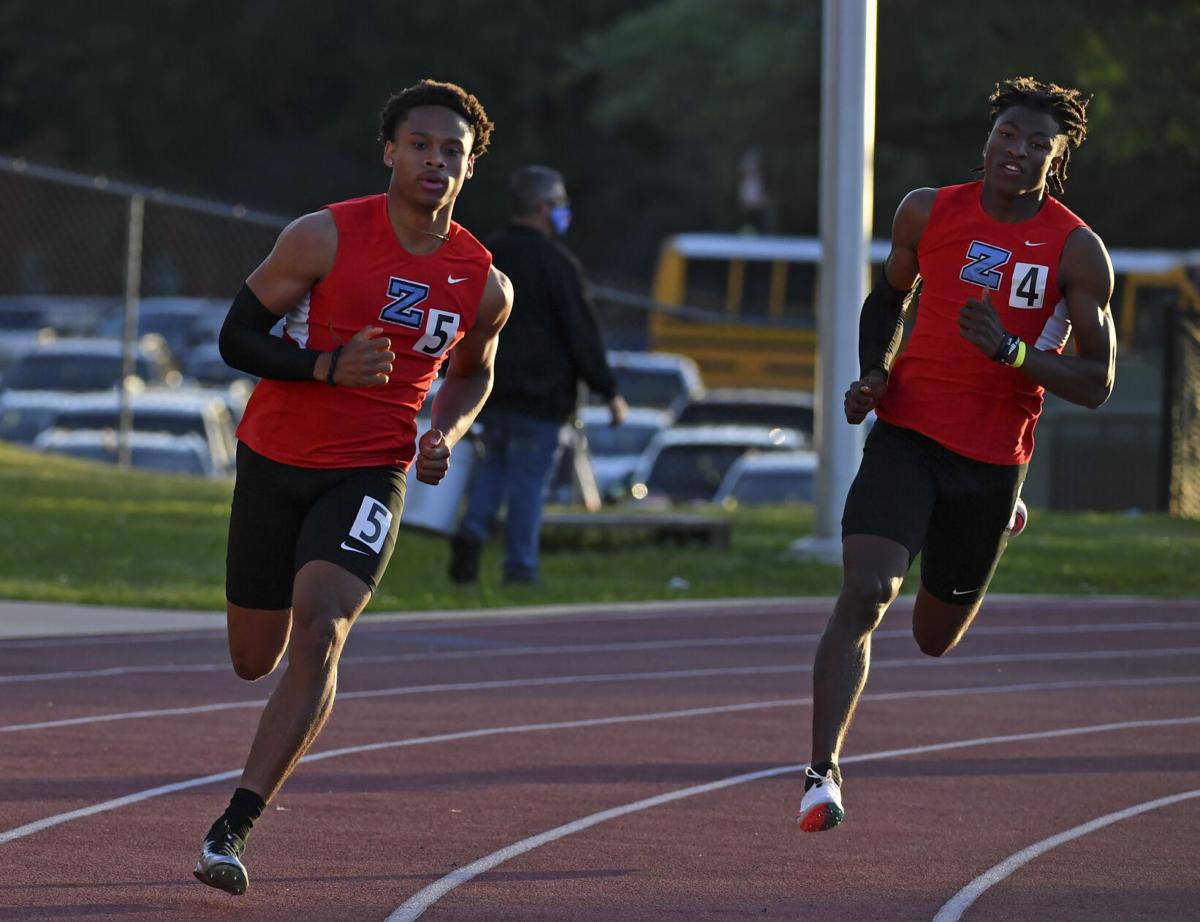 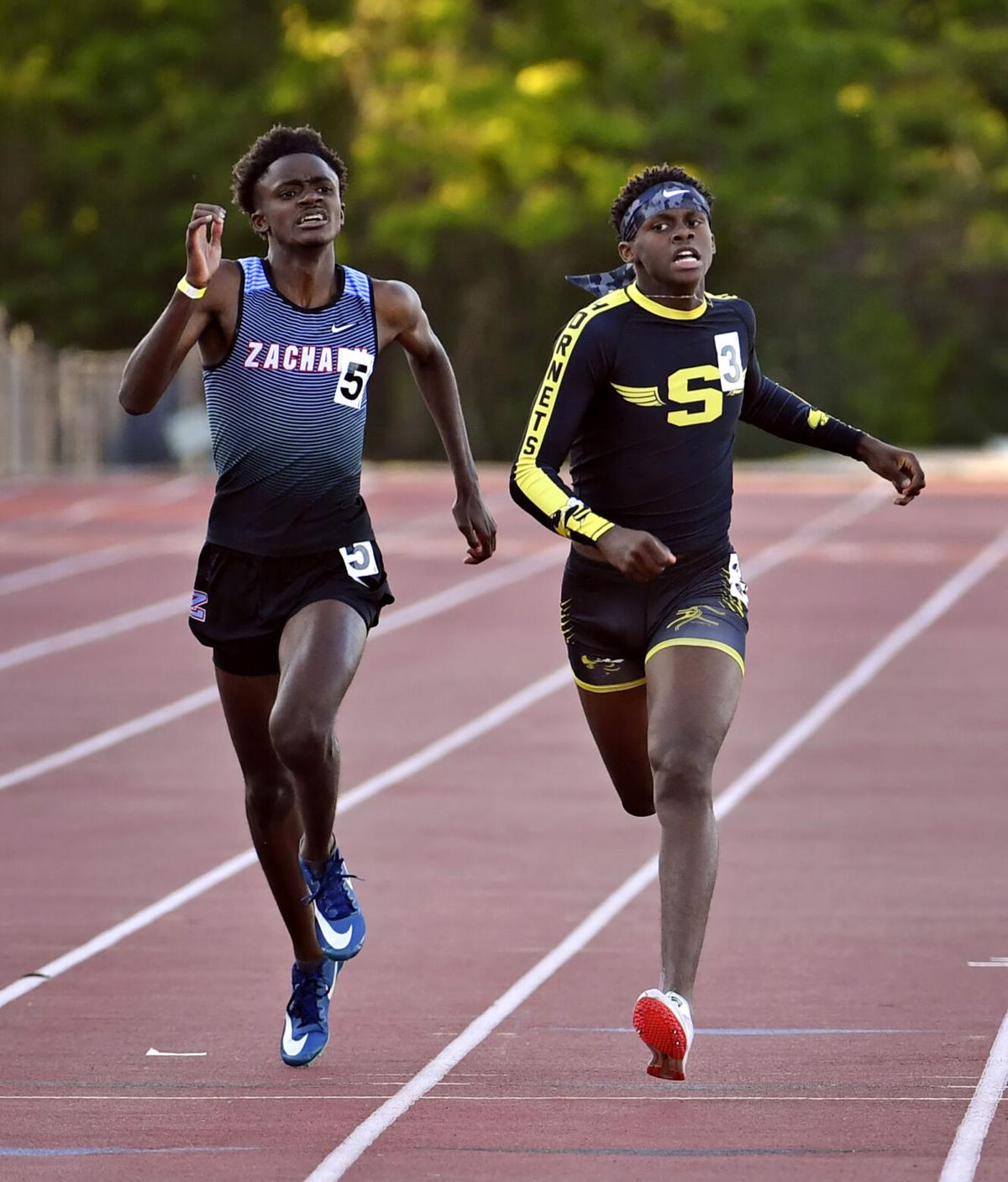 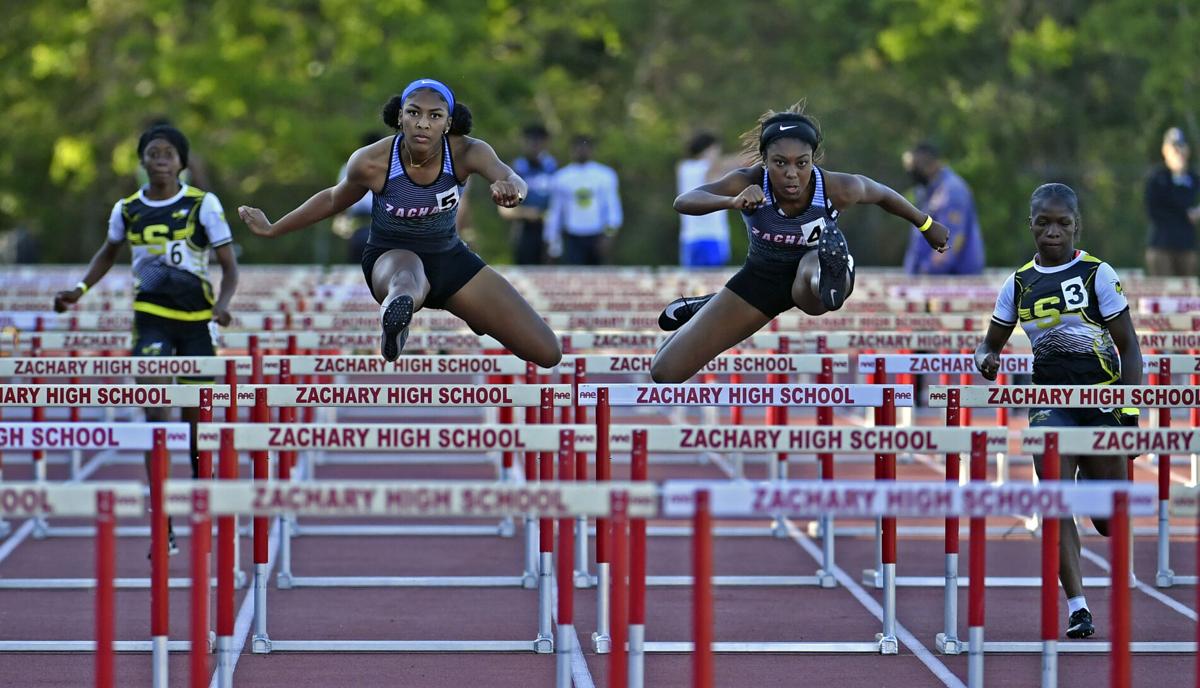 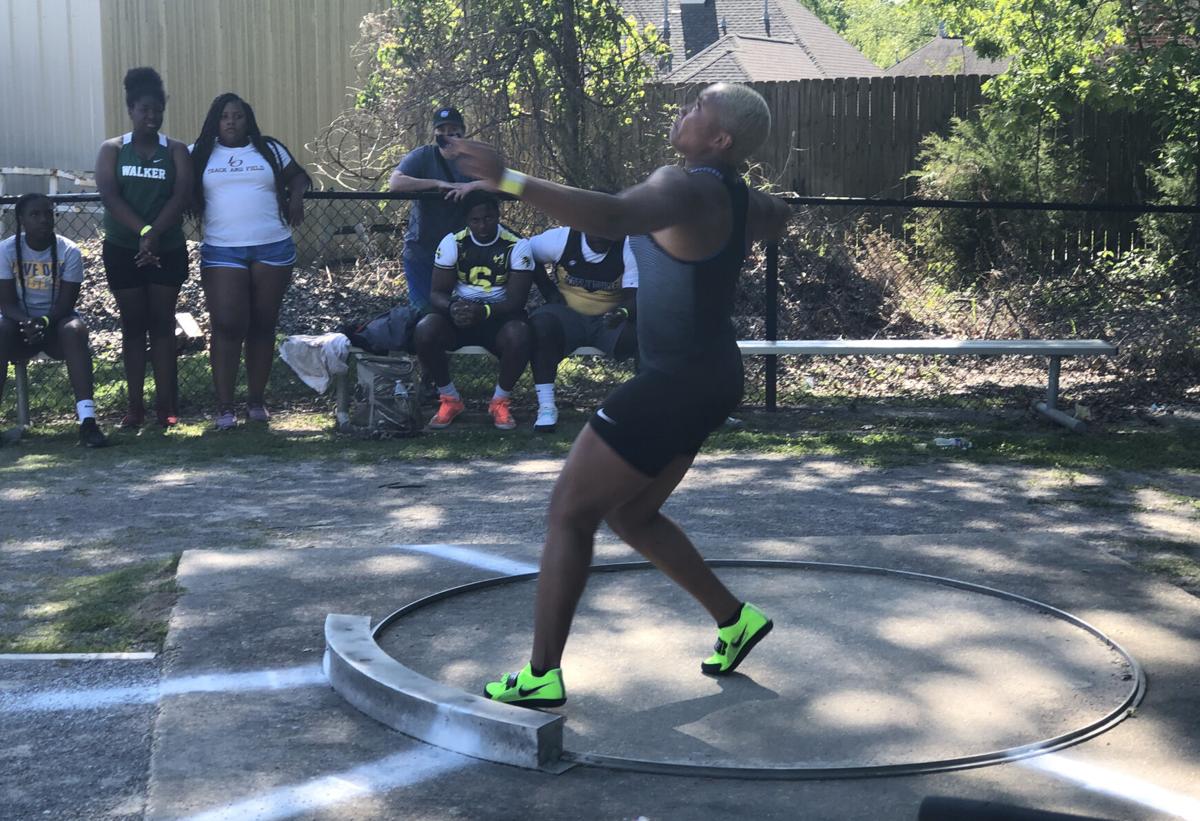 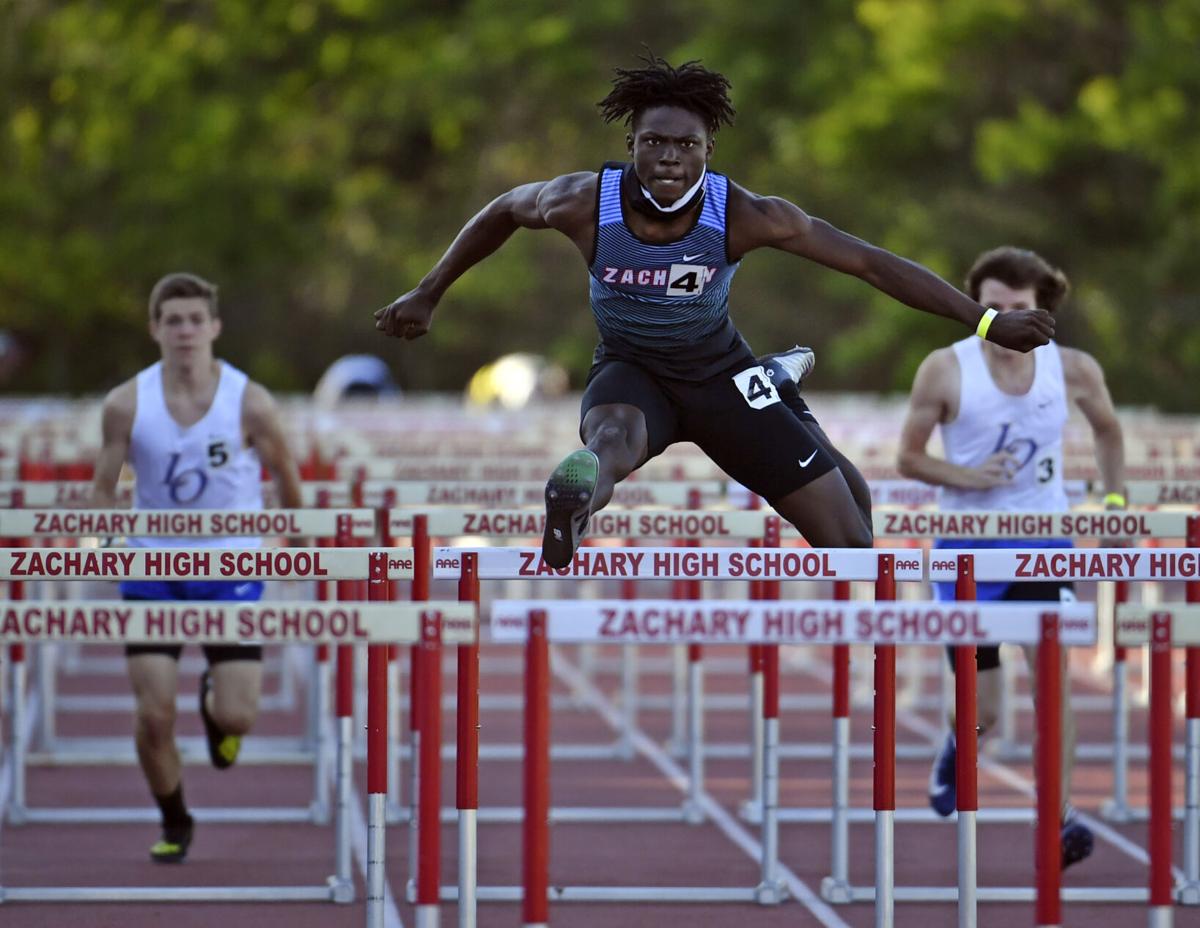 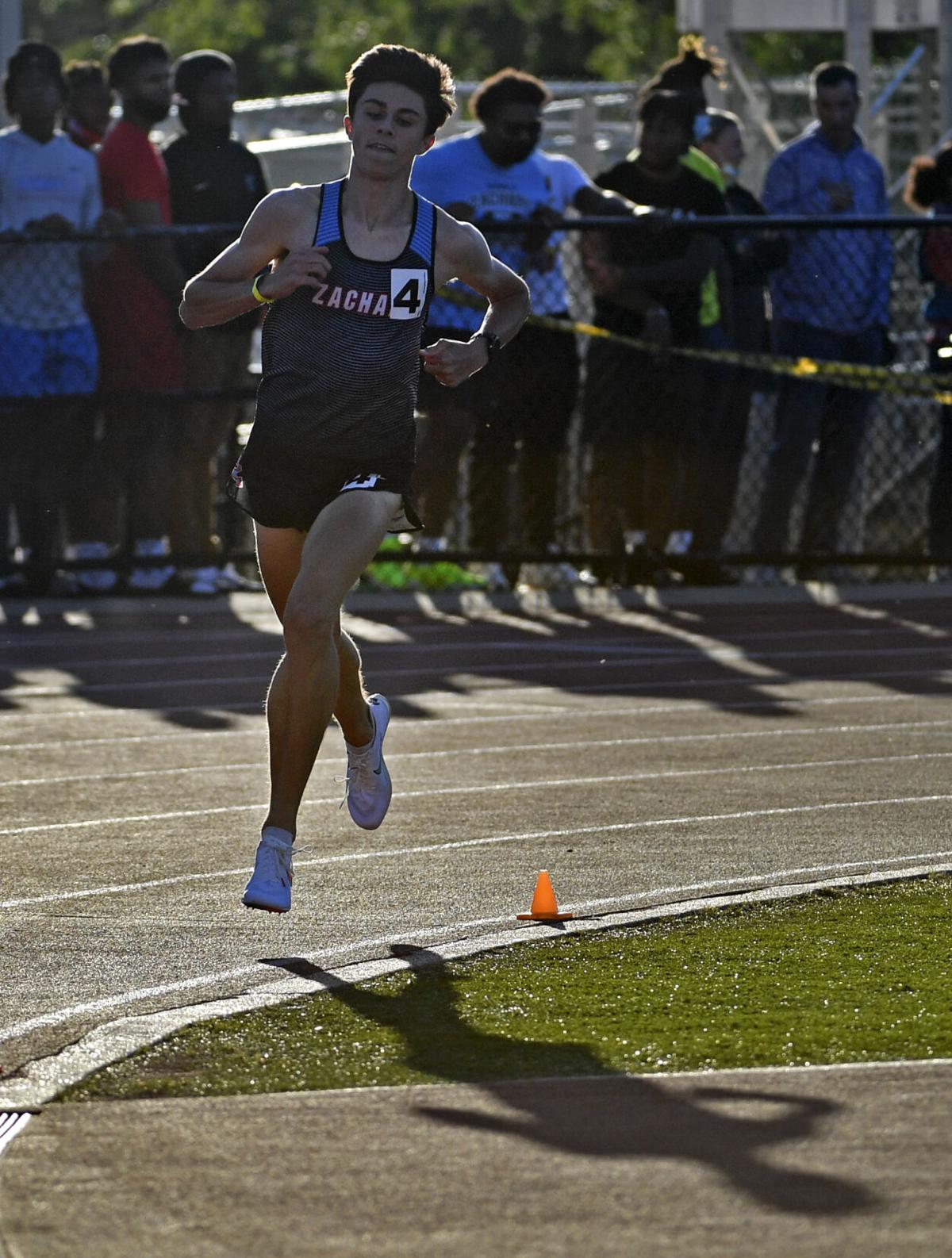 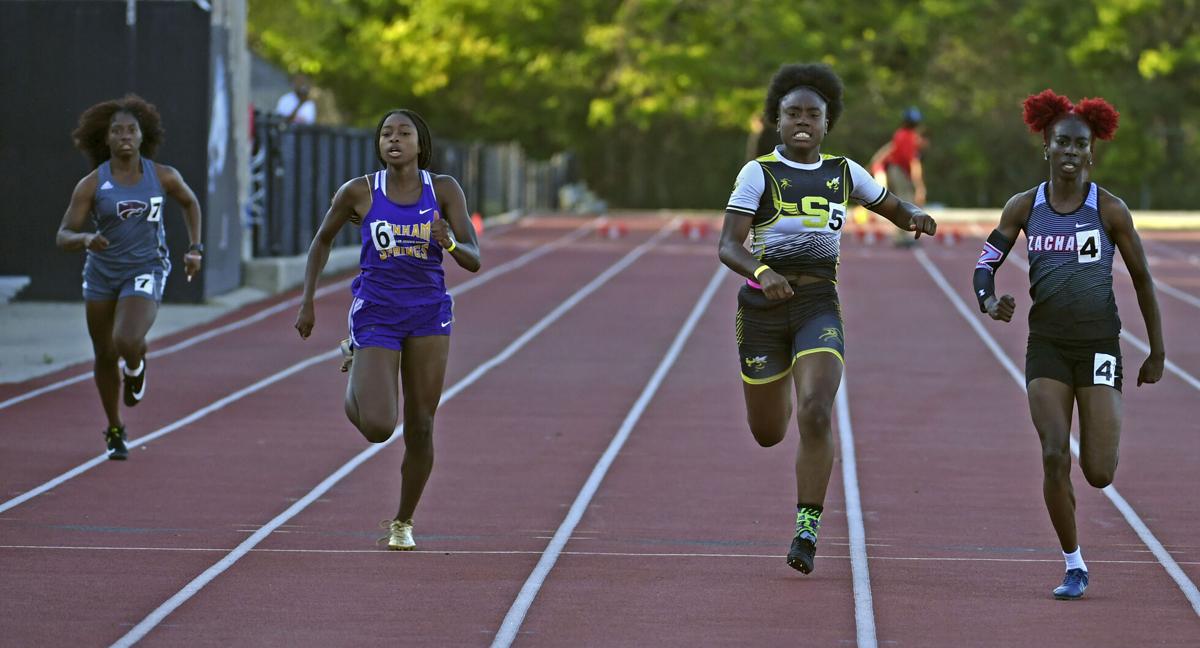 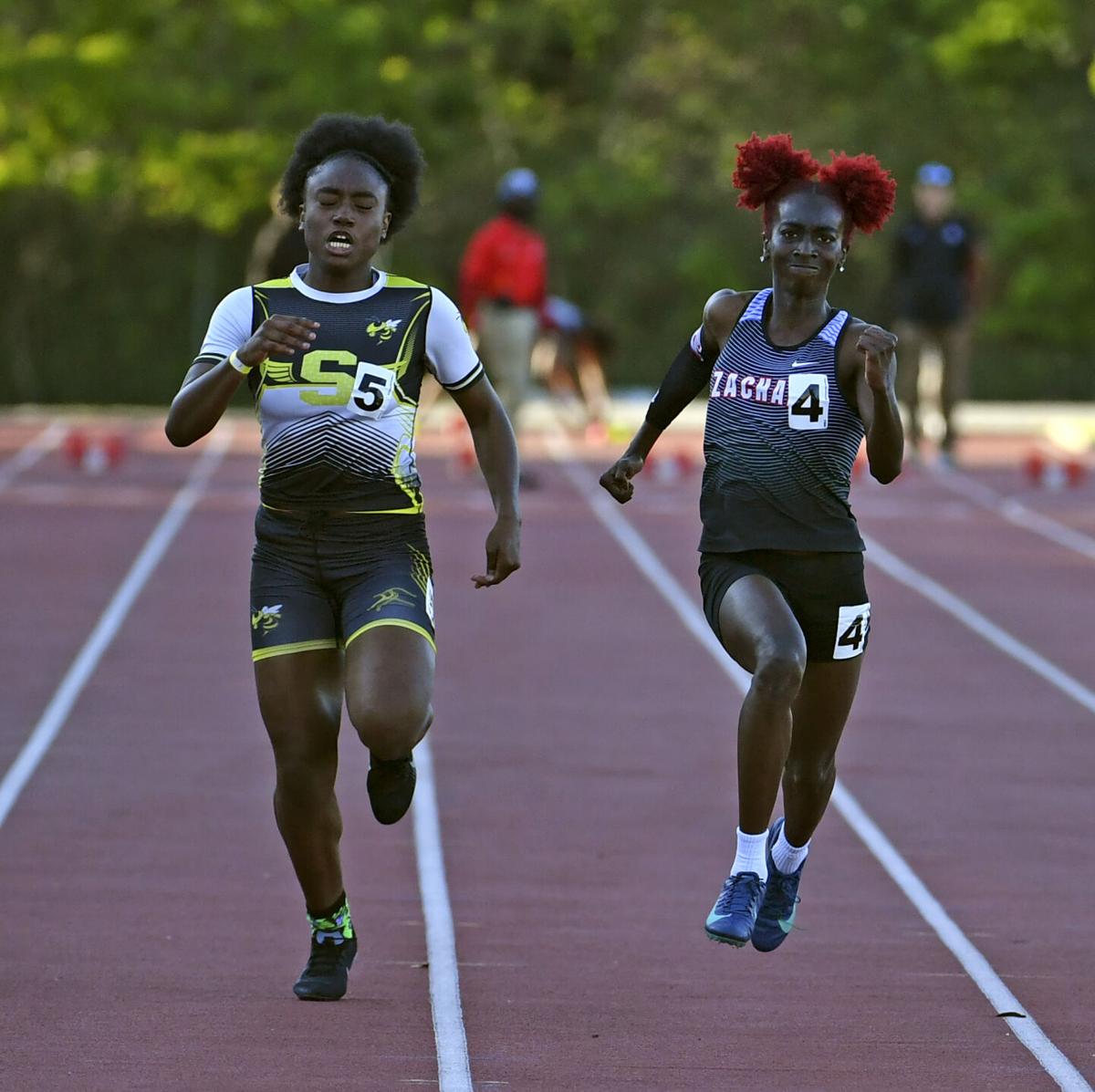 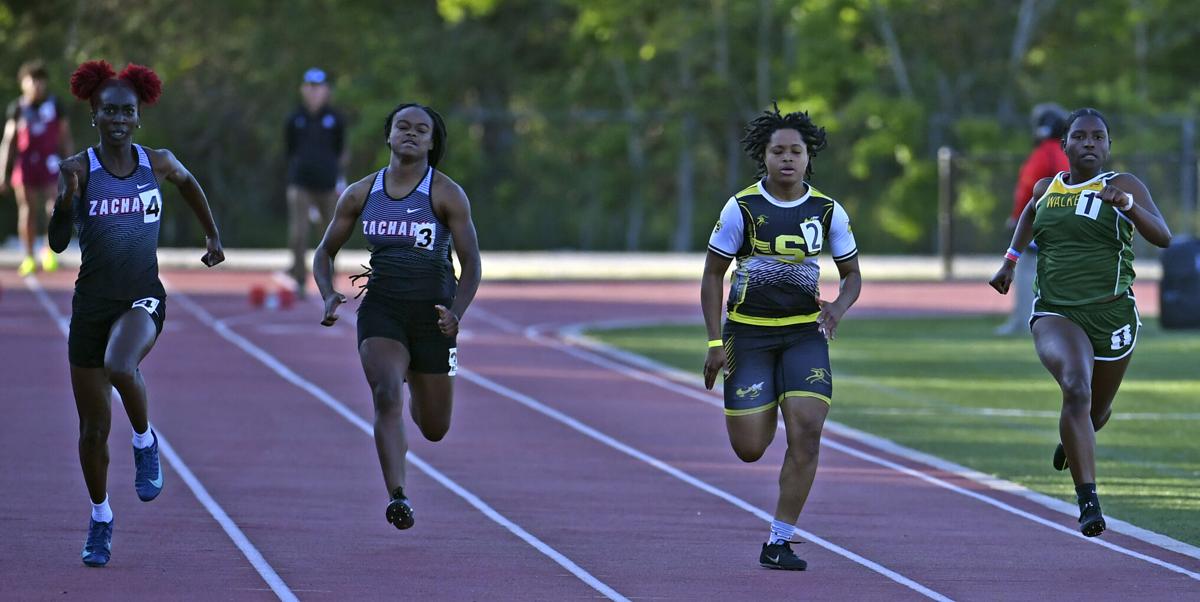 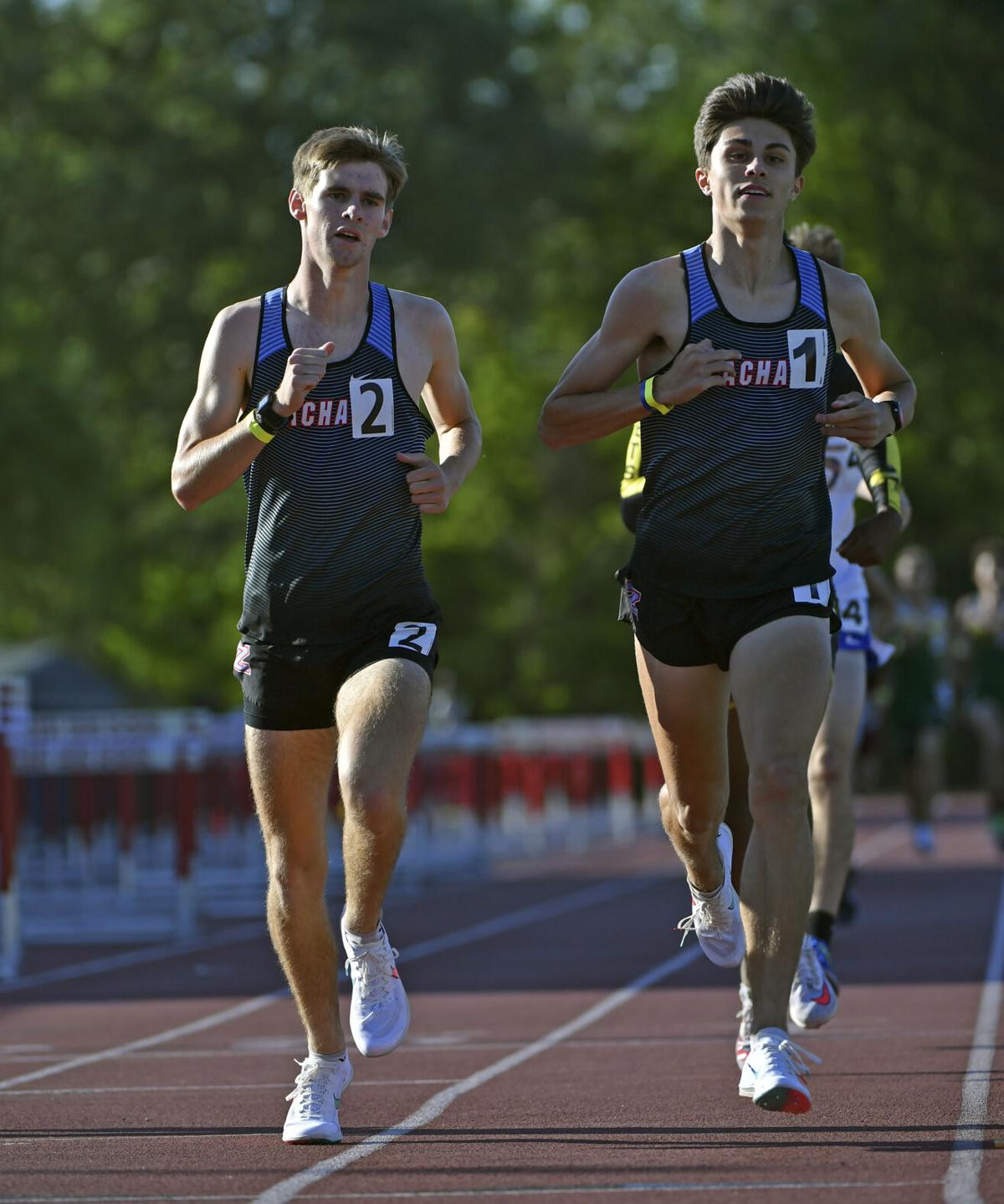 The discus event in track and field dates back to the Greek Olympics, and on a recent windy day, Zachary High School discus thrower Jaydan Jackson helped set the tone as she gave the Lady Broncos a first-place throw (133-09) at the District 4-5A meet held at Bronco Stadium. She would also win the shot put (39-02.5).

Later in the day, senior Chris Hilton took flight in the boys high jump, an event that dates back to 19th-century Scotland, with a winning height of (6-6).

Continuing the flight theme, senior Kenson Tate defied gravity to win the long jump (23-1 ). Interestingly, the long jump also dates back to the original Olympics in Greece where athletes carried weights in each hand that were swung forward during takeoff and released midjump to increase momentum.

The momentum from the field events helped lead both the boys and girls Broncos to convincing victories and District 4-5A titles with the boys scoring 209 points and the girls 201.

On the win, ZHS track and field coach Chris Carrier said, “At this time of the year, we are just trying to keep doing us and not try to reinvent the wheel.”

Jackson and Beard were both named Outstanding Female Field performers.

Individual winners for the girls in the field were Beard in long jump (18-01) and triple jump (37-11) and Brianna Bankston in the javelin (128-05). Joining Hilton and Tate with a field win for the boys included was Ashton Freeman who won the shot put (48-10.75) and was second in the discus to earn Outstanding Male Field competitor.

Both the girls and boys teams are peaking at the right time with 21 personal records and two season records set at the meet. Tate, in particular, set three individual personal records on the 100m, 200m and long jump. Langley and Adams picked up Outstanding Track Male and Female performers, respectively.

Both teams head to regionals where there is stiffer competition and several younger Broncos will be expected to step up.

“Our senior class has been leading and the younger kids that qualified for the regional are following in their footsteps,” Carrier commented.

On his team heading to the regional meet, Carrier noted that “our kids have been in this position before over the past few years. This is just the next meet on the schedule on our way to our goal to compete for a state championship.”

More history notes: Carrier and staff are updating all track records and developing a list of former ZHS and Northwestern High School Track and Field athletes. The school is also in the process of updating championship banners and needs your help. Former track team members that competed prior to the 2009-2010 season are encouraged to visit the Zachary track and field Facebook page and provide updated information.

During the April 21 meet, there were more than one or two recollections from former ZHS track athletes that not only fondly remembered their time at ZHS but commented on the rich tradition. Go to the Facebook page and help Carrier document the past.

Speaking of flight, on April 20, ZHS senior golfer Kyle Bennett launched a golf ball (golf dates back to 15th-century Scotland) in impressive fashion. Bennett finished second with a 72 at the boys golf district championship, leading the Broncos to a third-place finish.