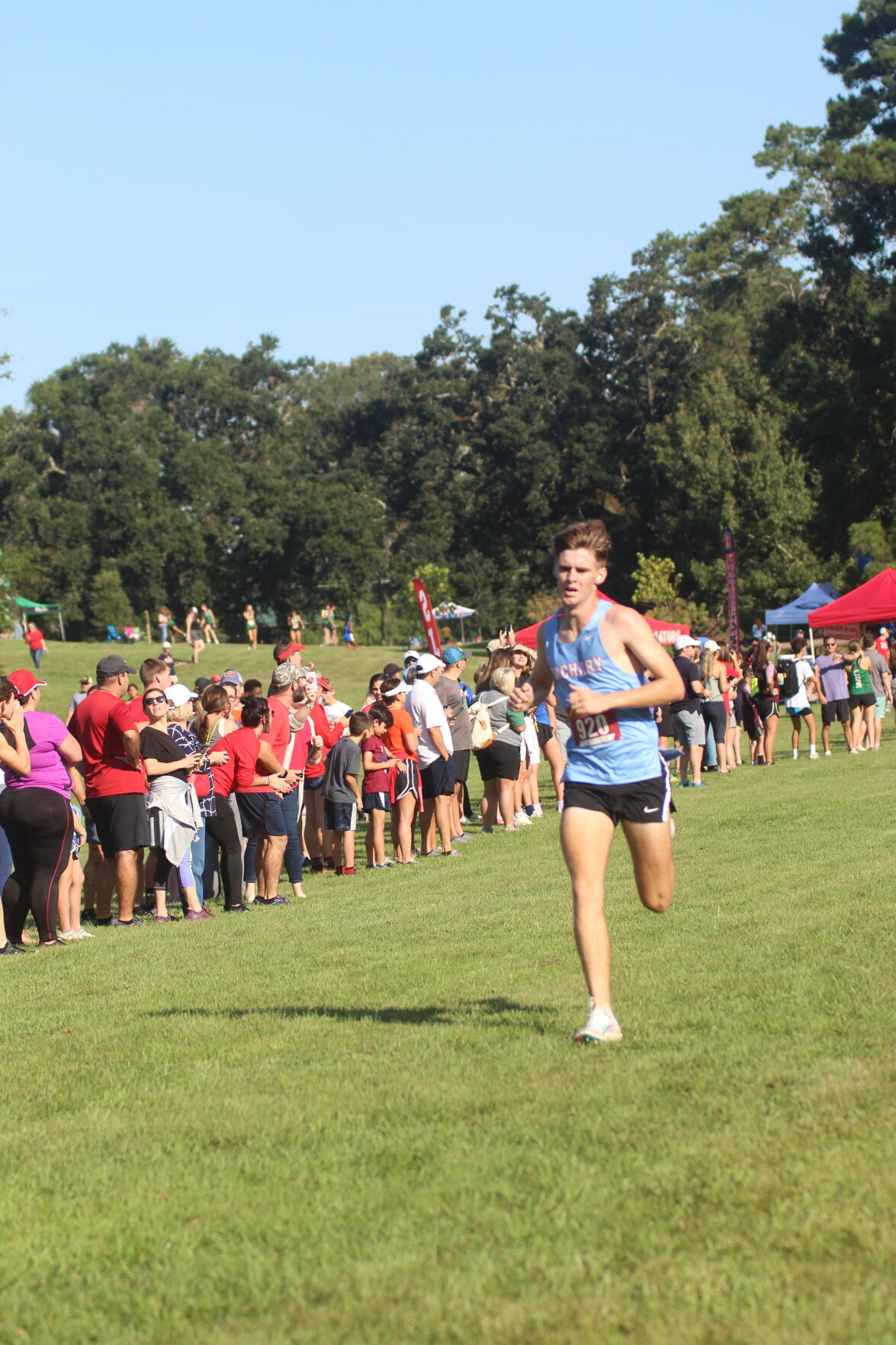 Zachary's Caleb Ackman posted a time of 15 minutes, 28.62 seconds to win the Episcopal Round Table Run at Highland Road Park. 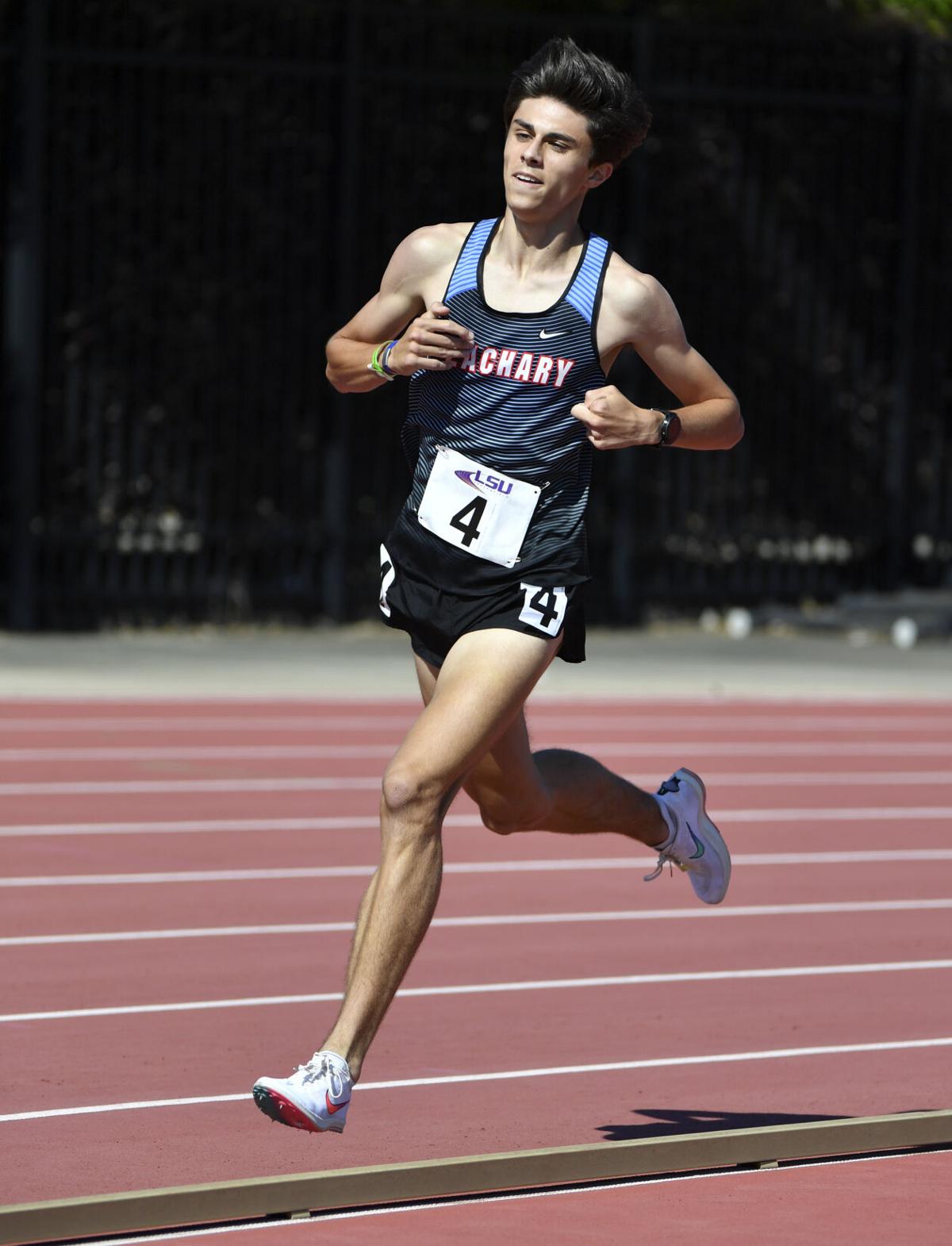 Zachary's Rhen Langley competes in the Class 5A Boys 1600 Meter Run during the LHSAA State Track Meet, Saturday, May 8, 2021, at the Bernie Moore Track Stadium on the campus of LSU in Baton Rouge.

Zachary's Caleb Ackman posted a time of 15 minutes, 28.62 seconds to win the Episcopal Round Table Run at Highland Road Park.

Zachary's Rhen Langley competes in the Class 5A Boys 1600 Meter Run during the LHSAA State Track Meet, Saturday, May 8, 2021, at the Bernie Moore Track Stadium on the campus of LSU in Baton Rouge.

Zachary runners from Copper Mill to Zachary High schools are leaving their mark in cross-country during the 2021 season.

The Zachary High boys team had first-place finishers Caleb Ackman and Rhen Langley at the Episcopal Round Table Run on Sept. 11 with a fourth-place overall team placing.

On Sept. 25, Ackman won the McNeese Cowboy Stampede at Enos Derbonne Park with Dillon Moree picking up a fourth-place finish as the boys finished third overall.

On the season thus far, ZHS head cross country coach Julie Fink indicated that “both the boys and girls are working hard to drop their team averages. Each member of our team has a role to play and makes us stronger and better as we move towards the championship phase of the season.”

The ZHS cross country team will close out the season with the East Baton Rouge metro championship on Oct. 30 at Highland Road Park, regionals followed by the LHSAA State Championship on Nov. 16 at Northwestern State in Natchitoches.

There will be more than just high school runners on Oct. 23 at Port Hudson. In the afternoon, coach David Onellion’s and his Northwestern Middle School team will be hosting the Zachary Bronco Middle School Stampede. Over 20 teams have signed up for the afternoon races. Coach Fink’s excitement for cross country in Zachary extends to this group as she commented that “It’s going to be an exciting day of competition for the Zachary area and we are expecting outstanding performances from the Copper Mill, Northwestern and ZHS runners.”

Speaking of the middle school; Northwestern Middle School’s boy and girl teams, which includes fifth through eighth graders, have put together yet another strong season with both teams finishing first at the Brusly Middle School Cross Country Invitational on Sept. 18. Jesse Ellis was the top finisher for the boys (second overall) and Lauren Bradford was the top overall finisher for the girls with a time almost a minute faster than the second-place finisher.

On Sept. 25, the Braves girls and boys pulled off another double win at Howell Park in the US Express XC Classic. Bradford and Ellis were the top finishers for the girls and boys, respectively. The Braves had three top 10 finishers each for both the boys and girls competitions.

The winning continued on Oct. 2 for both the girls and the boys Braves runners at the Brusly “Run on the Levee”. The girls team had six runners finish in the top ten. The Top finisher was Bradford followed by Cecelia Duggan, second; Alaysia Wolf, fourth; Isabel Johnson, seventh; Nala Mitchell, ninth; and Isabella Leake, 10th. Johnson is a fifth grader at Copper Mill.

After the home meet on Oct. 23, the Braves will compete in the East Baton Rouge Middle School Championship Meet at Highland Park.

Zachary cross country at all levels sure does look like it is priming itself up for success this year and years to come.