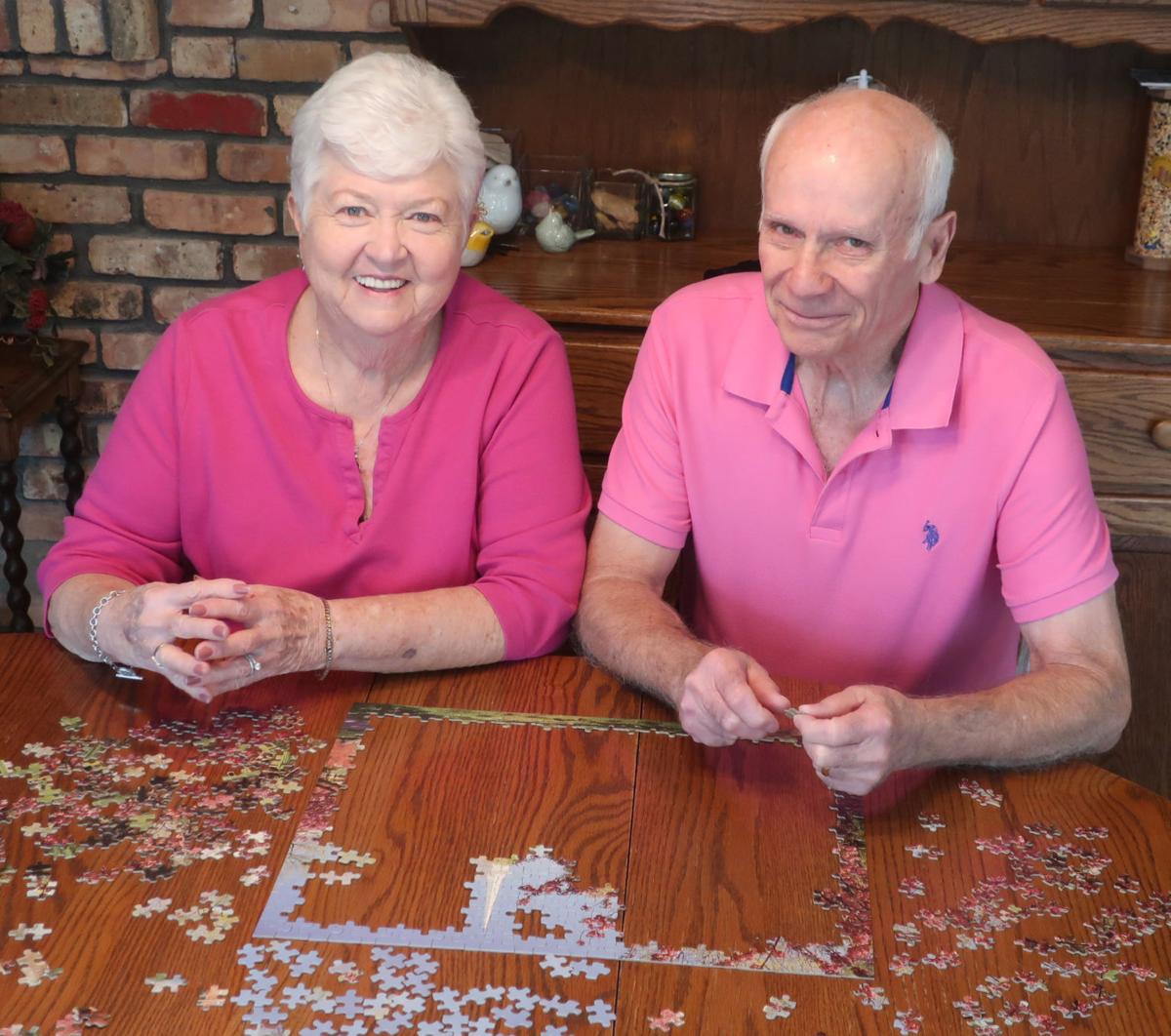 Former high school sweethearts Wilda and Bobby Caston reconnected after 53 years and have been married since 2013. 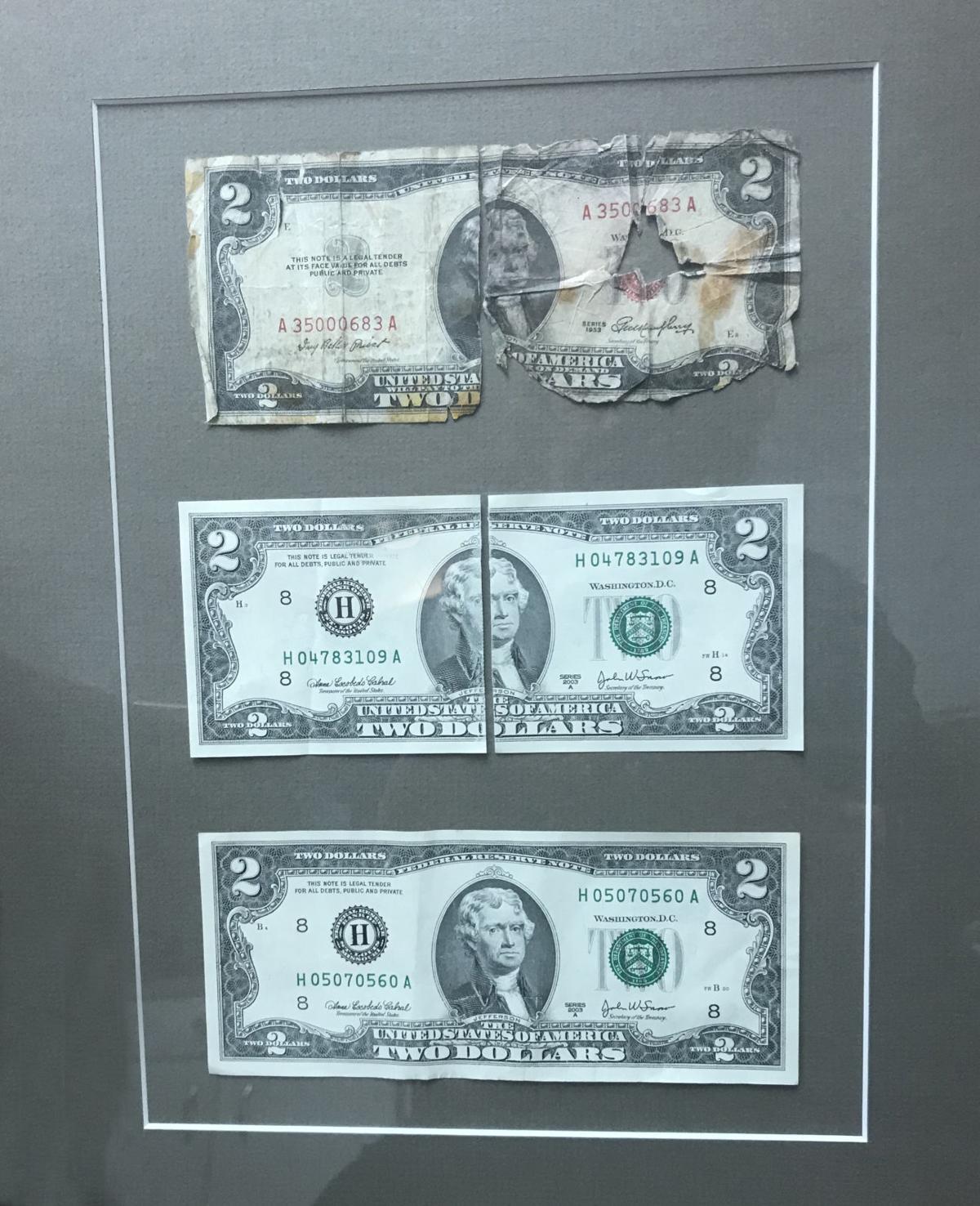 Framed in the home of Bobby and Wilda Caston are three $2 bills. The top one is he gave to her when they started dating in 1959; the middle one she cut in half and gave to him when they reconnected 53 years later; and the bottom one from inside a book on the history of Liberty, Mississippi, on a visit to their hometown. 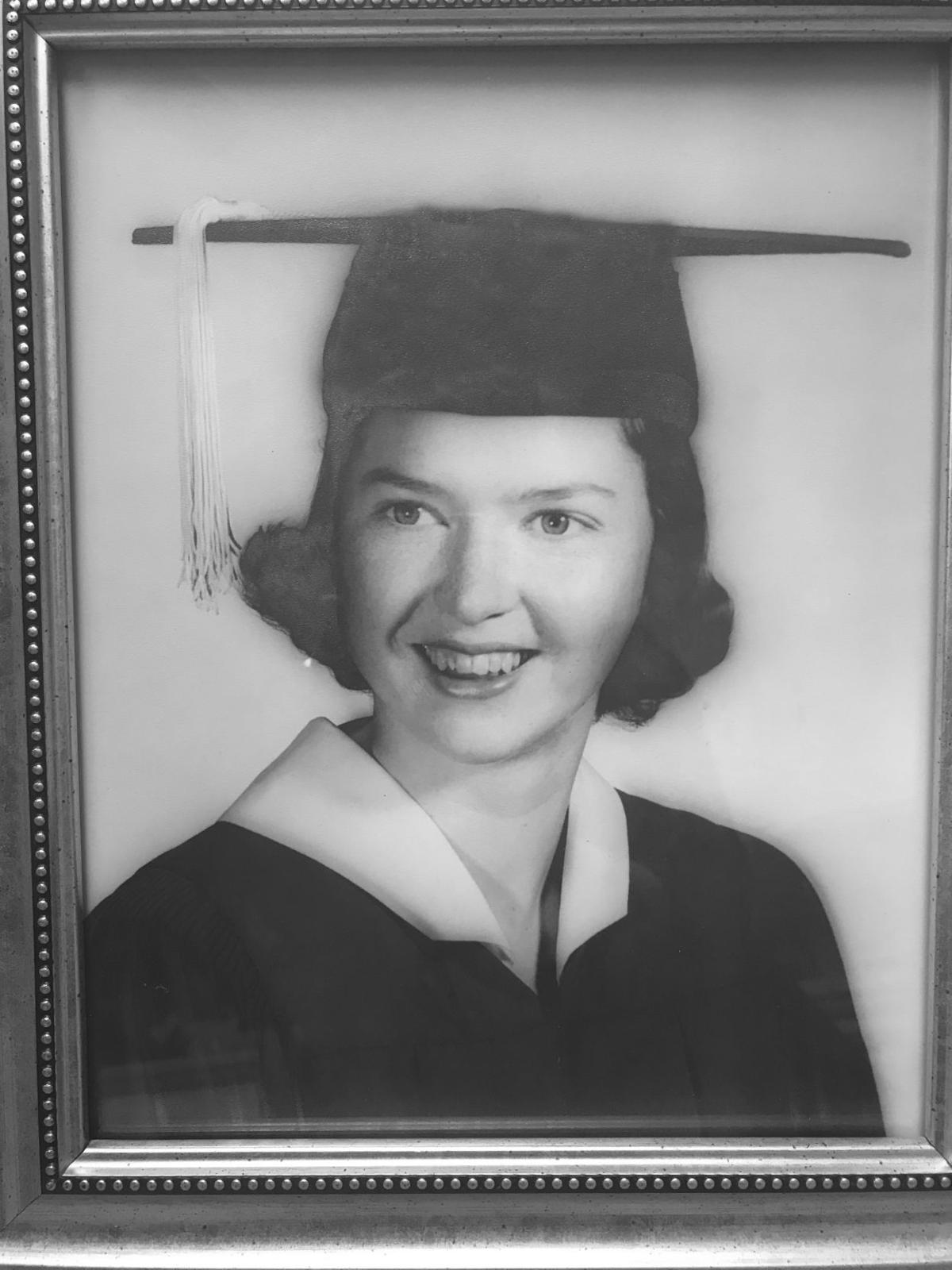 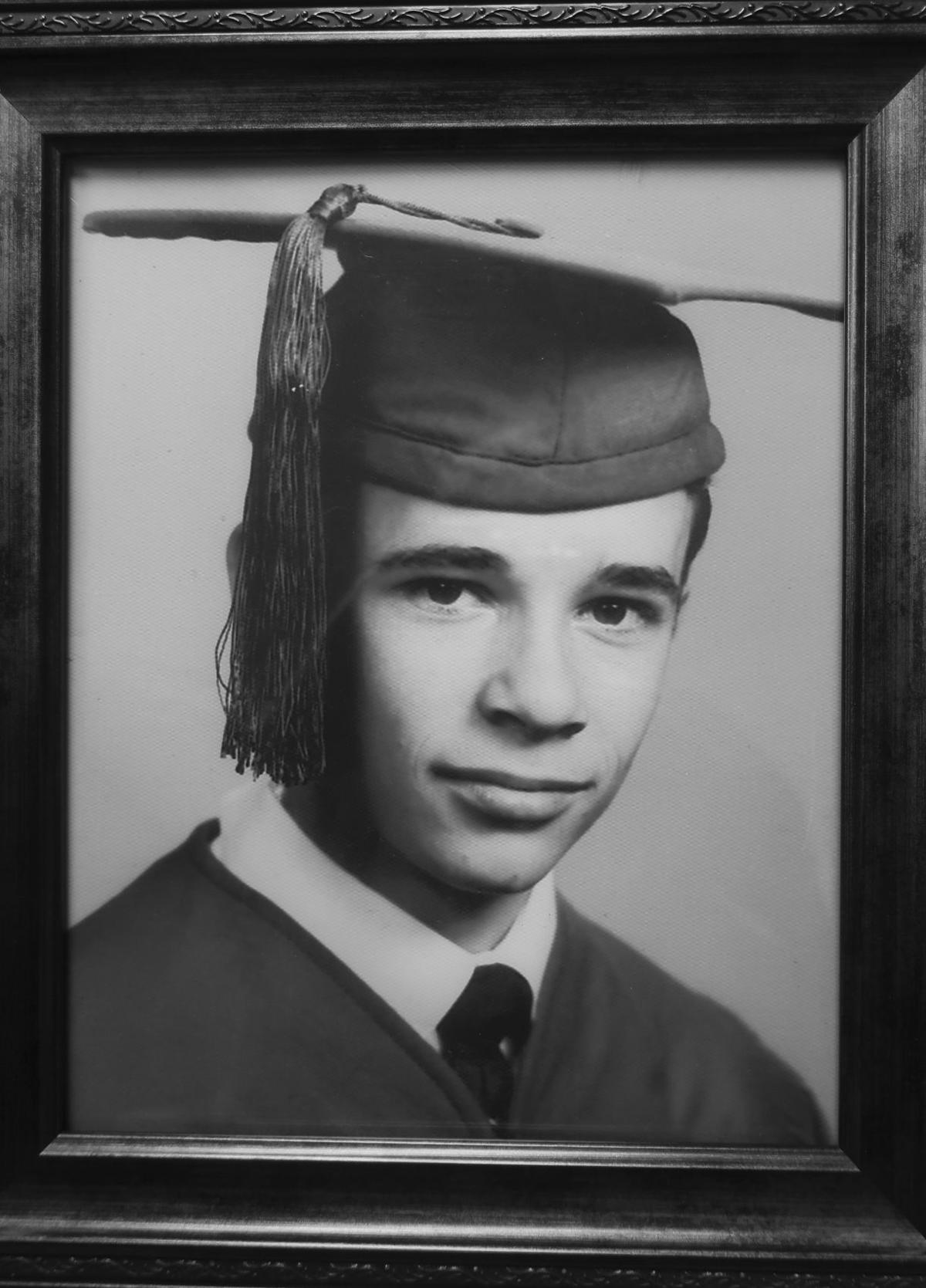 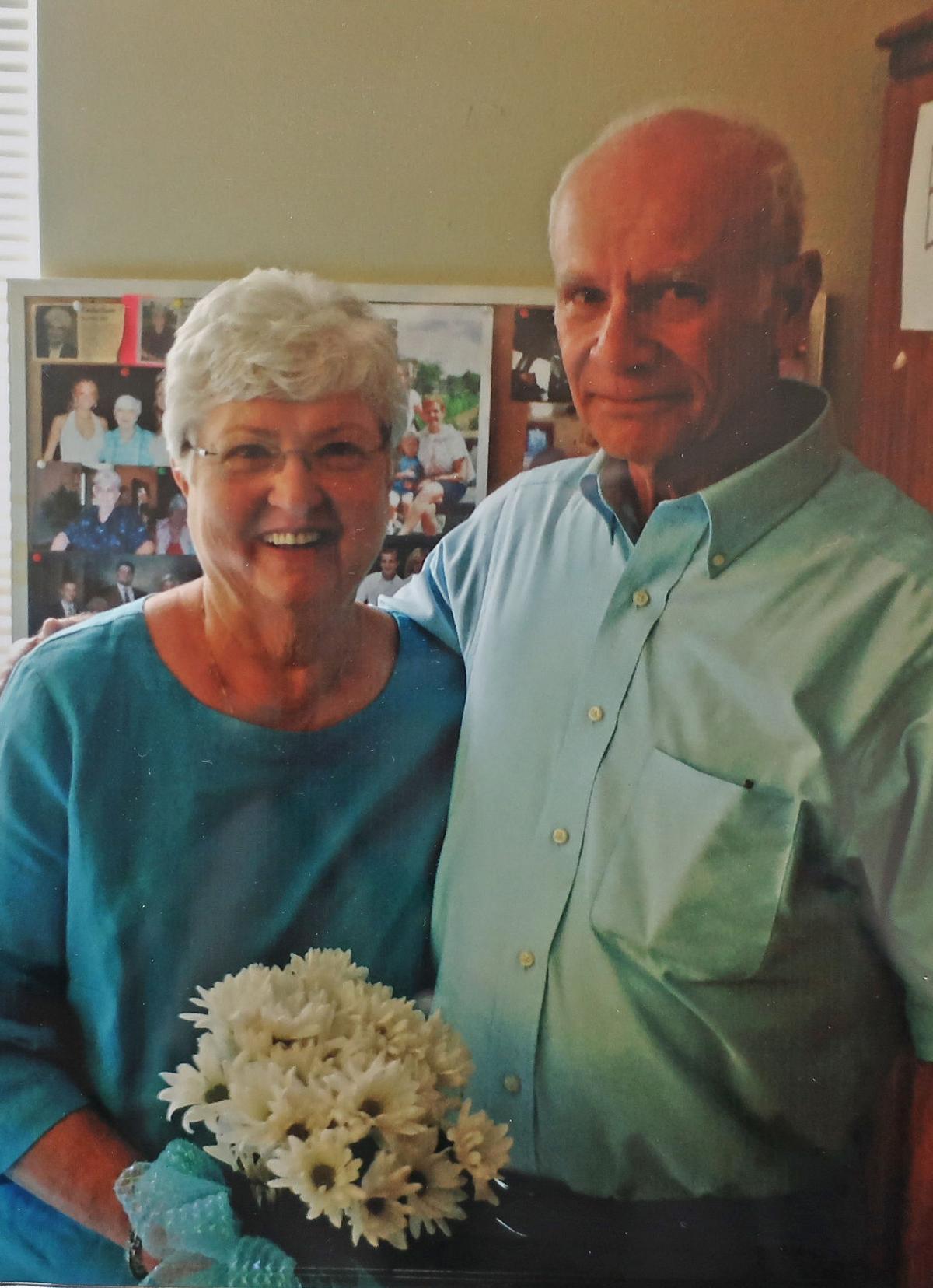 Fifty-three years after they parted, high school sweethearts Wilda Cockerham Coltrin and Bobby Caston were married on May 3, 2013.

Former high school sweethearts Wilda and Bobby Caston reconnected after 53 years and have been married since 2013.

Framed in the home of Bobby and Wilda Caston are three $2 bills. The top one is he gave to her when they started dating in 1959; the middle one she cut in half and gave to him when they reconnected 53 years later; and the bottom one from inside a book on the history of Liberty, Mississippi, on a visit to their hometown.

Fifty-three years after they parted, high school sweethearts Wilda Cockerham Coltrin and Bobby Caston were married on May 3, 2013.

This is a Valentine story for the ages.

For 53 years, Bobby Caston carried half of a $2 bill in his wallet. He had cut the bill in two shortly after graduating from Liberty High School in his Mississippi hometown, giving the other half to his high school sweetheart, Wilda Cockerham.

As with many high school romances, this one ended.

The couple went their separate ways, got married and raised their families — him in Zachary, her mainly in New Jersey. They crossed paths twice over the years: once at a grocery store in Liberty, then 30 years after that at a class reunion.

At the reunion, Caston overheard Wilda Cockerham Coltrin say to her sister, “I wonder if he still has that $2 bill?”

Caston, 79, had had a good life, but he had never forgotten his high school love.

Cockerham, 77, had kept her half, too. And she hadn't forgotten either.

“Every time I went to Liberty, I’d think about her,” said Caston. “She was my first love, but I never told her.”

She recalled it was the reason they broke up. She was a high school senior in 1960, and he was two years older, living and working in Baton Rouge.

“He was special, but he never said how he felt,” she said.

“I got my feelings hurt,” he recalled about the breakup, and said he vowed to just forget about her.

“There were three things I wanted for my life at the time — to own my own business, to build myself a house, and marrying Wilda was the third.”

In the ensuing years, Caston checked the first two off his list. In 2013, he checked off No. 3.

Caston had lost his wife, Betty, to cancer after 43 years of marriage. Hunting with his brother in Mississippi, Cockerham's name came up.

"My brother said he was sure I could find her on social media. … When I found out she was divorced, I came home and prayed about it,” Caston said.

He enlisted his granddaughter’s help in setting up a Facebook account and began his search. It took a little detective work, but he found her.

“I sent her a message, ‘I’d like to talk if that’s OK, and by the way, I still have that $2 bill,’ ” said Caston. Out of town with her daughter, who’d just given birth to her fifth child, she asked if he could wait until she got back home to Mississippi and gave him her phone number.

A few weeks later, Caston called and they talked for two hours. Not wanting to make the same mistake again, he told her how he felt.

“I said, you might want to sit down, I’ve got something to tell you,” he said of the conversation when he told her about his feelings. “There was dead silence for a while.”

Then she confessed that she, too, still had feelings. They made plans for him to visit the following weekend.

“He sent me a dozen roses that day,” she said. “And when he got here, it was like we’d never stopped dating. We didn’t hold anything back. We told each other everything about our lives over the last 53 years.”

A faithful diary keeper, she pulled out one from when they were dating.

“We read all about our dates, things we didn’t even remember doing,” she said, laughing. “We actually called up another couple, now married, who had gone to a ballgame weekend with us to see if they remembered it, and they didn’t either.”

Within a couple of weeks, the couple had met each other's families — his in Zachary, hers scattered around the world, through the internet. Between them, they have five kids, 18 grandchildren and six great-grandchildren.

On May 3, 2013, the couple exchanged wedding vows and made their home in Zachary.

“We’ve been having a ball ever since,” said Bobby Caston. “We have a lot in common. We both like to play golf. She likes a garden, and I had a big garden. We do a lot of puzzles and play a lot of rummy.”

“We even had matching lawn mowers,” added Wilda Caston with a laugh.

They’ve also done a lot of traveling, including a “trip of a lifetime” to Singapore.

It hangs framed in their home alongside a new one Wilda Caston cut in two the first time Bobby visited her in Liberty, with each taking half, and a third bill the couple found inside a book they bought about the history of their hometown.