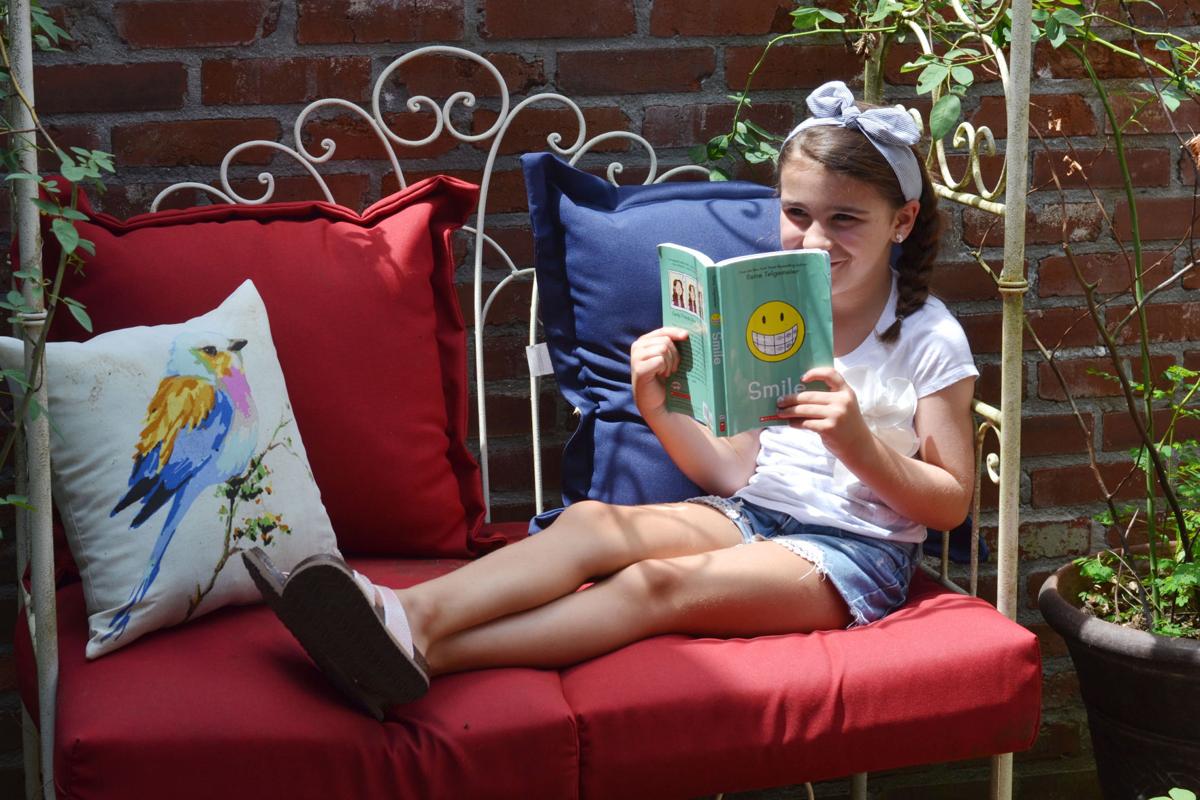 Reese McGrew, 8, reads in her family’s courtyard Sunday, June 14. Reese and 112 other students at Rollins Place Elementary won new bikes for achieving their reading goals during the 2019-2020 school year. 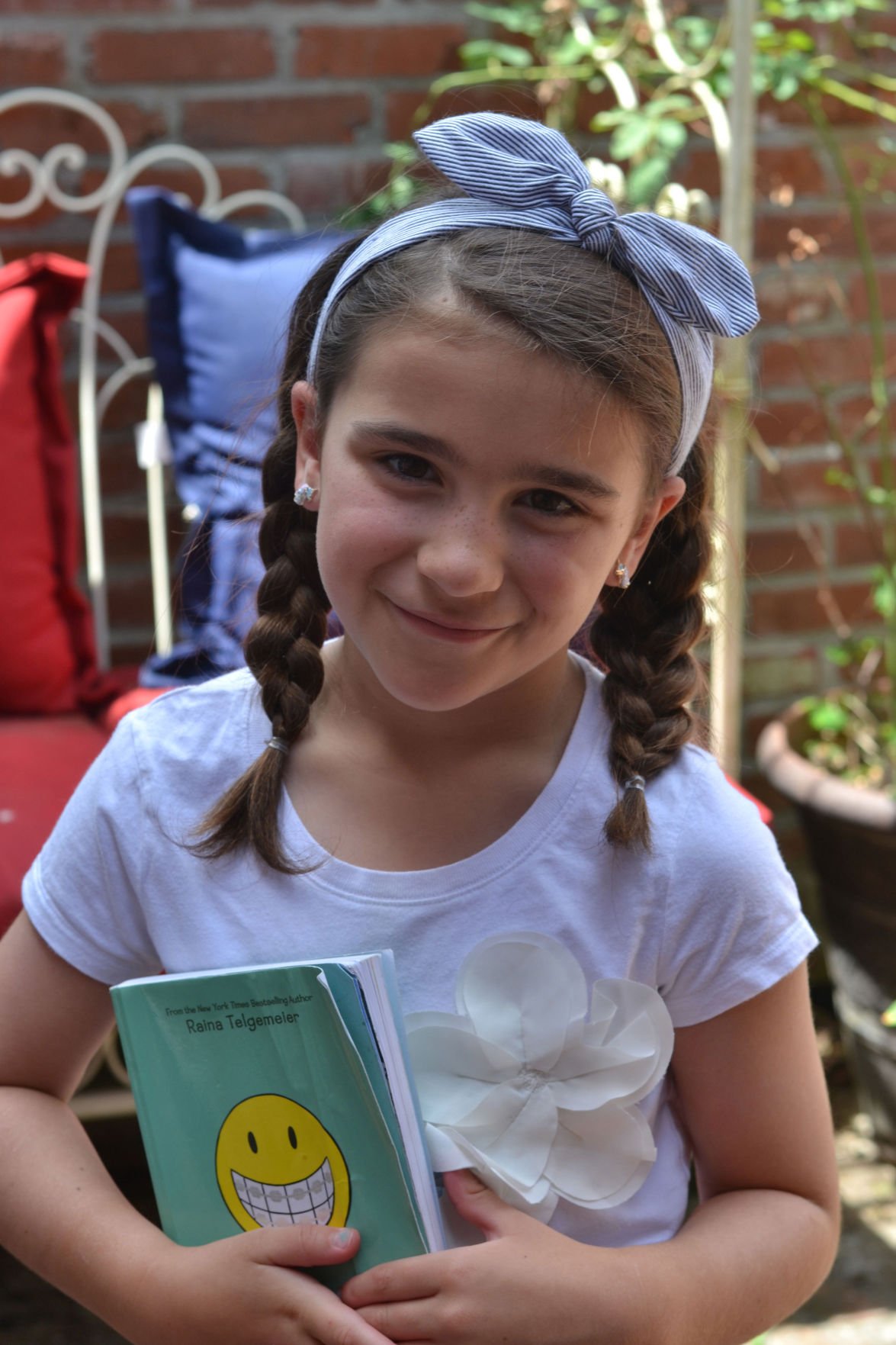 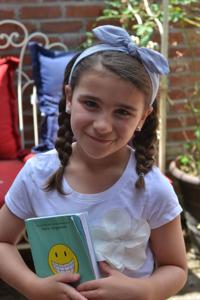 Reese McGrew, 8, smiles as she recalls her favorite books Sunday, June 14. New bikes are being given this week to 113 Rollins Place Elementary students for completing the 4 Million-Minute Reading Challenge during the 2019-2020 school year.

Reese McGrew, 8, reads in her family’s courtyard Sunday, June 14. Reese and 112 other students at Rollins Place Elementary won new bikes for achieving their reading goals during the 2019-2020 school year.

Reese McGrew, 8, smiles as she recalls her favorite books Sunday, June 14. New bikes are being given this week to 113 Rollins Place Elementary students for completing the 4 Million-Minute Reading Challenge during the 2019-2020 school year.

Reese McGrew turned 8 years old this week, and she's getting t a new bike, but it's not a gift — she earned it.

Reese and 112 of her peers at Rollins Place Elementary won bikes as part of the 4 Million-Minute Reading Challenge, an initiative sponsored by three businesses to bolster reading skills and scholastic development.

Reese, shying away from all those big words, said she liked to read fiction. Her favorite book this year was "Sisters," an autobiographical graphic novel written by Raina Telgemeier as a follow-up to her earlier graphic memoir "Smile." It details a long summer road trip taken from San Francisco to Colorado by her family and explores the relationship between Raina and her younger sister. Reese is the younger sister in her home.

Reese is among 800 students who were challenged to read even more as the 2019-20 school year started. Rollins Place librarian Kristi Gilpin did the math and explained that if Rollins Place students read just 20 minutes a day, 4 million minutes could be read collectively by the end of the school year.

The effort was the brainchild of Ozark Insurance owner Kyle Watson. He and his family moved to Zachary in August and he was eager to positively impact the community. He said he has a friend and mentor in the insurance industry who was doing something similar in Connecticut.

Watson was acquainted with two business leaders — Ricky McDavid with Cypress Title of Zachary and Lizzie Benzar of The Red Door Group — who he thought would be good partners in the effort. “I called them and asked for help and they didn’t hesitate,” Watson said. “I thought it was a good thing to get children to read and to get them on a bike and away from a Game Boy.”

Watson said 113 students reached the individual goal of 5,000 reading minutes are set to be rewarded new wheels during a bike distribution event Wednesday, June 17, at Rollins Place. An assembly was originally planned to reward readers and allow them to pick out a brand-new bicycle. Due to COVID-19 closures and restrictions, students received their bicycles in a drive-through format.

Rollins Place was chosen because it was a familiar entry point for the staff at Ozark and focused on an important age for young readers. “I thought first and second grade was a good trial period cause they can read at that point, they are still developing skills,” Watson said. “I thought it was the perfect grades to start with.”

The Reading Challenge starts where the state’s reading efforts end. The staff felt it would be a little harder to attain and involve reading time on students’ time outside of the classroom. The original plan was to have a drawing for 25 bikes, but when Watson realized that 113 children qualified, he reached out to his partners and he said they didn’t flinch. “We got a firm grasp of how many were going to qualify,” Watson said. “Let’s buy them all a bike; we aren’t going to do a drawing.”

The bike winners are being encouraged to begin paying it forward by donating their own bikes to a local nonprofit that fixes and donates used bikes to less-fortunate children.