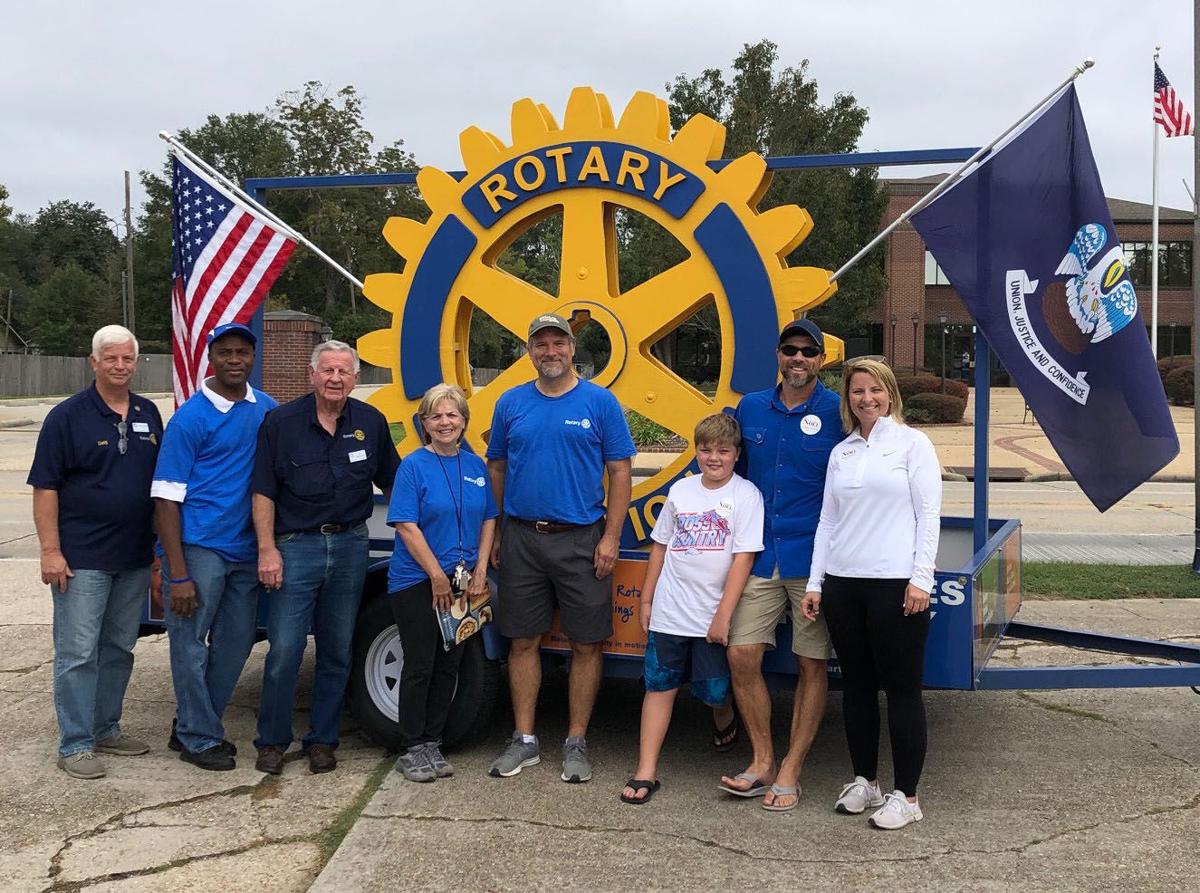 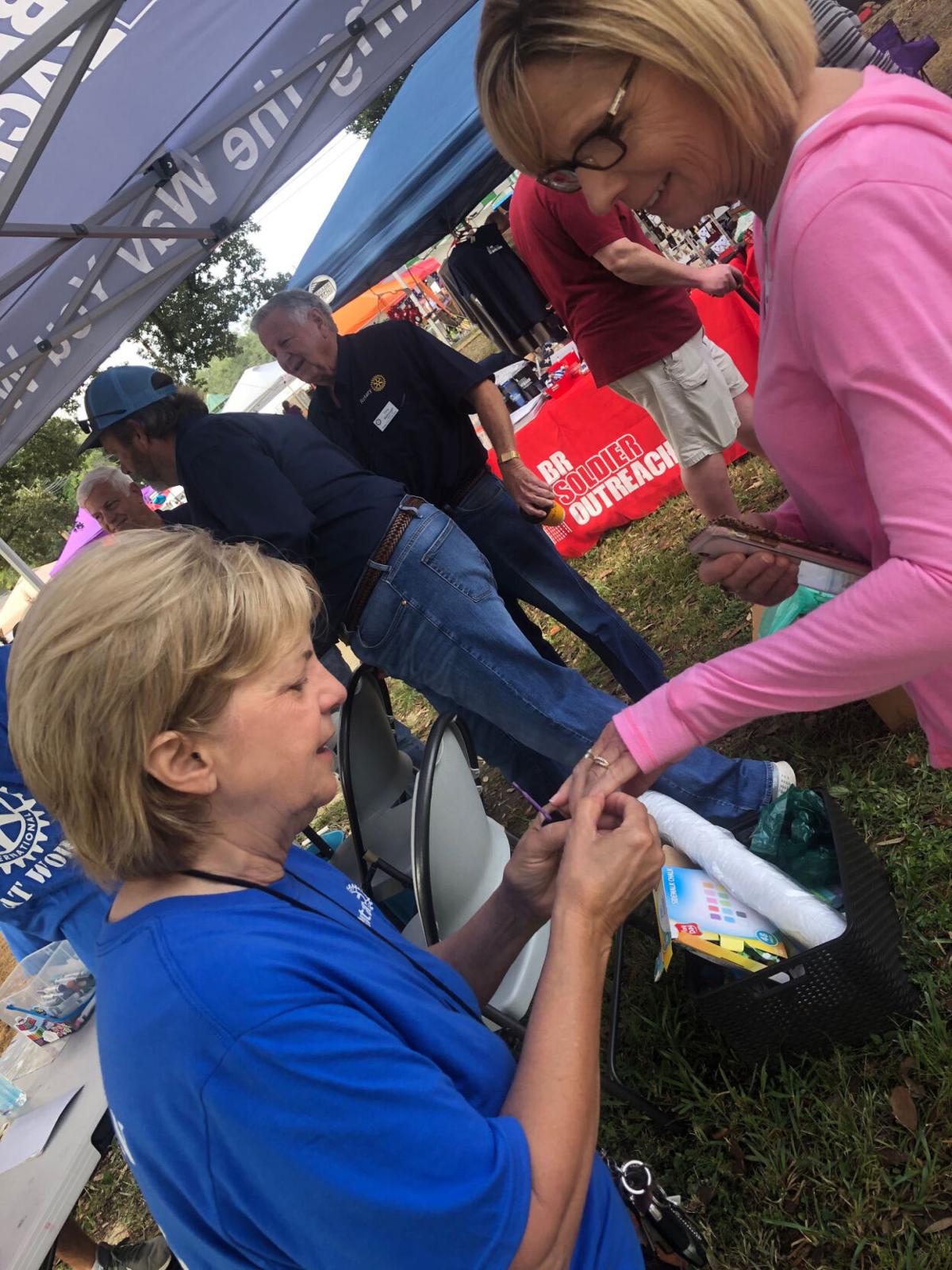 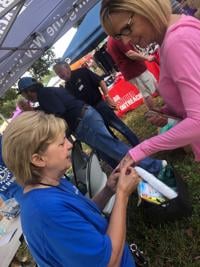 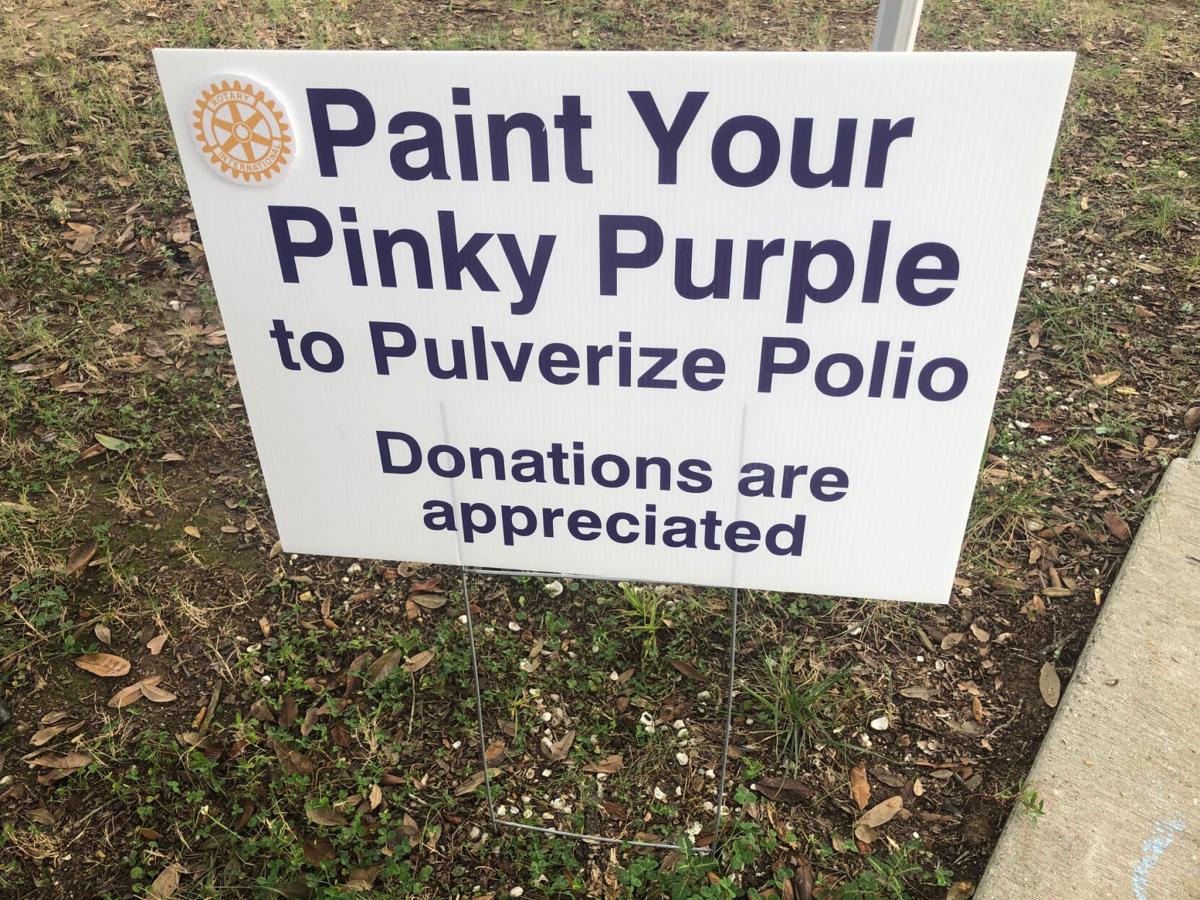 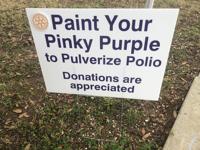 This sign encouraged visitors to the Zachary Farmers Market to take part in the Rotary Club of Zachary's efforts to eradicate polio.

This sign encouraged visitors to the Zachary Farmers Market to take part in the Rotary Club of Zachary's efforts to eradicate polio.

Members of the Rotary Club of Zachary have been busy promoting the club's efforts to eradicate polio through community events.

At one such event, members of the Zachary Rotary Club painted pinky fingers purple at the Zachary Farmers Market. Club members asked the community to join in the fight. It is hoped that when people notice this, a conversation about polio eradication and Rotary International will take place, according to a news release.

Since Rotary and its partners launched the Global Polio Eradication Initiative over 30 years ago, the incidence of polio worldwide has dropped by more than 99.9% since 1988, from an estimated more than 350, 000 cases to 22 reported cases in 2017.

The Gonzales Rotary Club brought its large Rotary Wheel to Zachary to promote the club's booth at the Farmers Market.