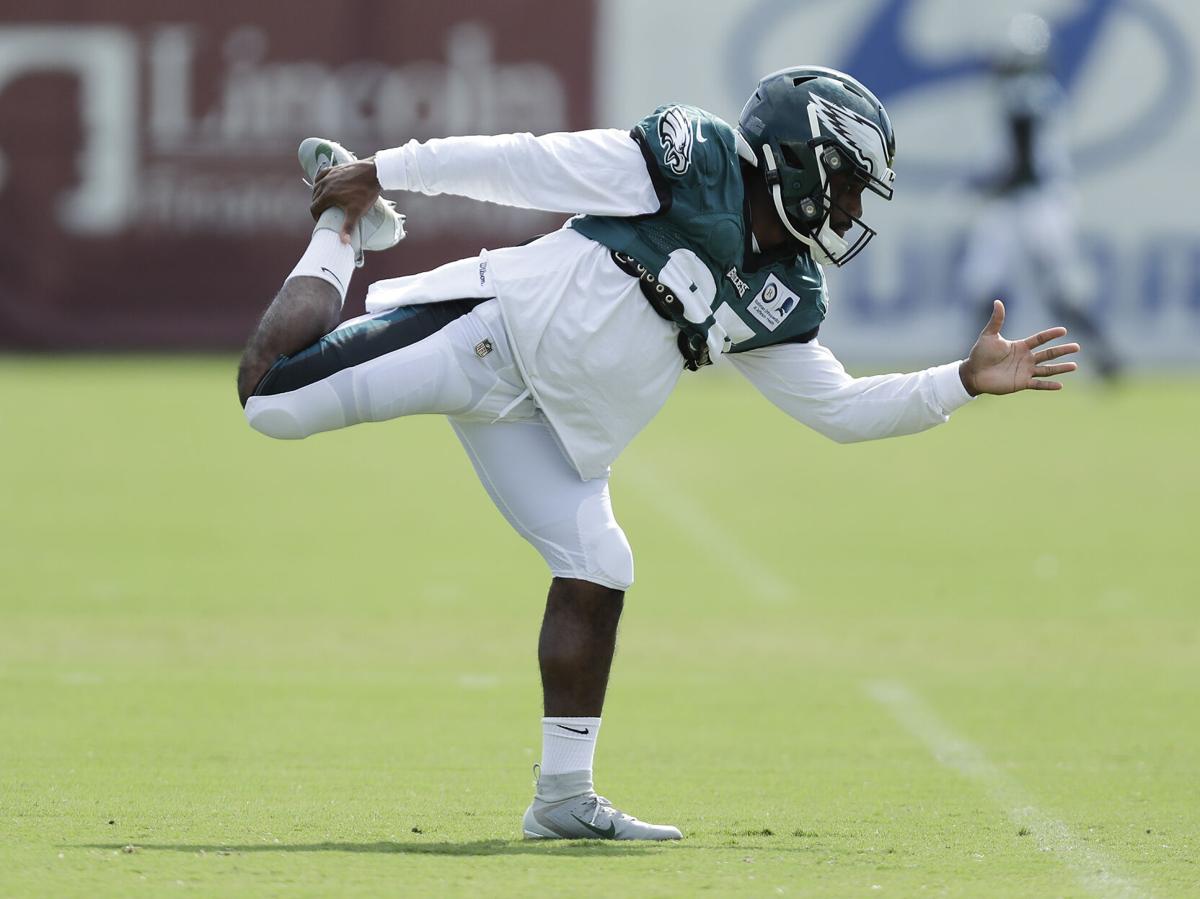 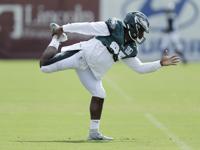 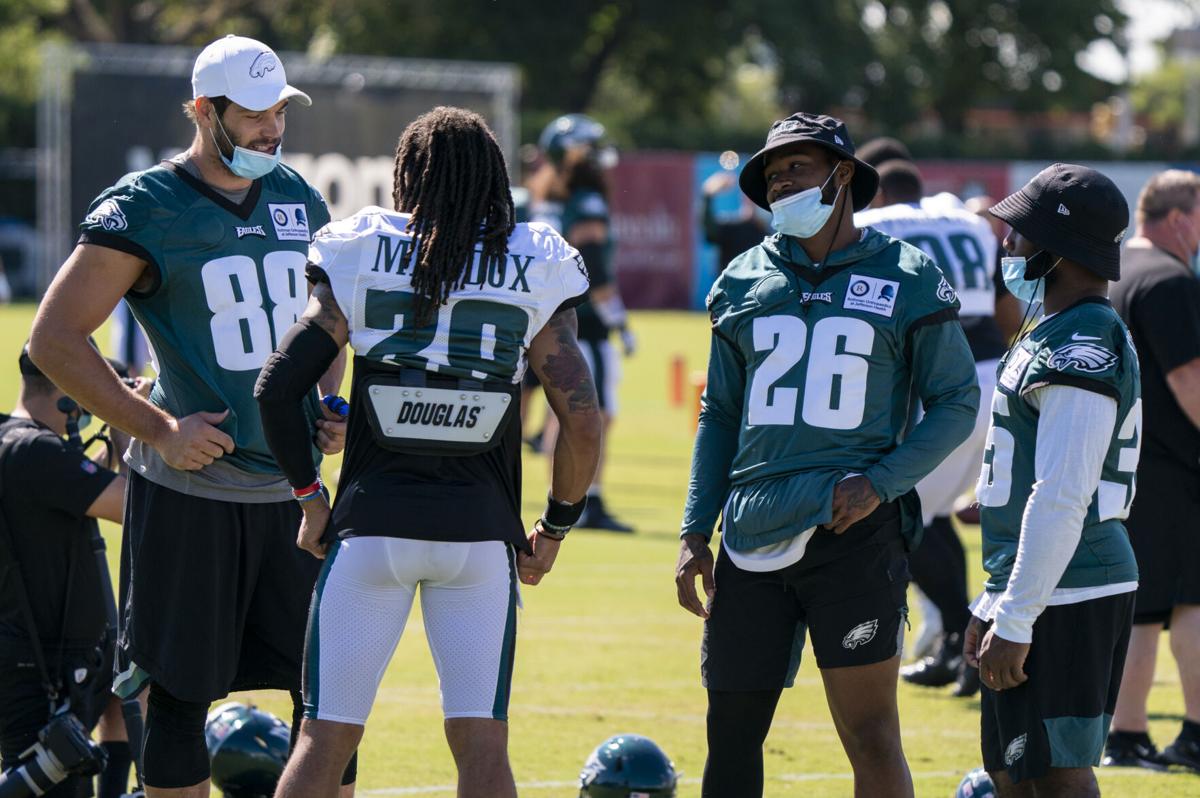 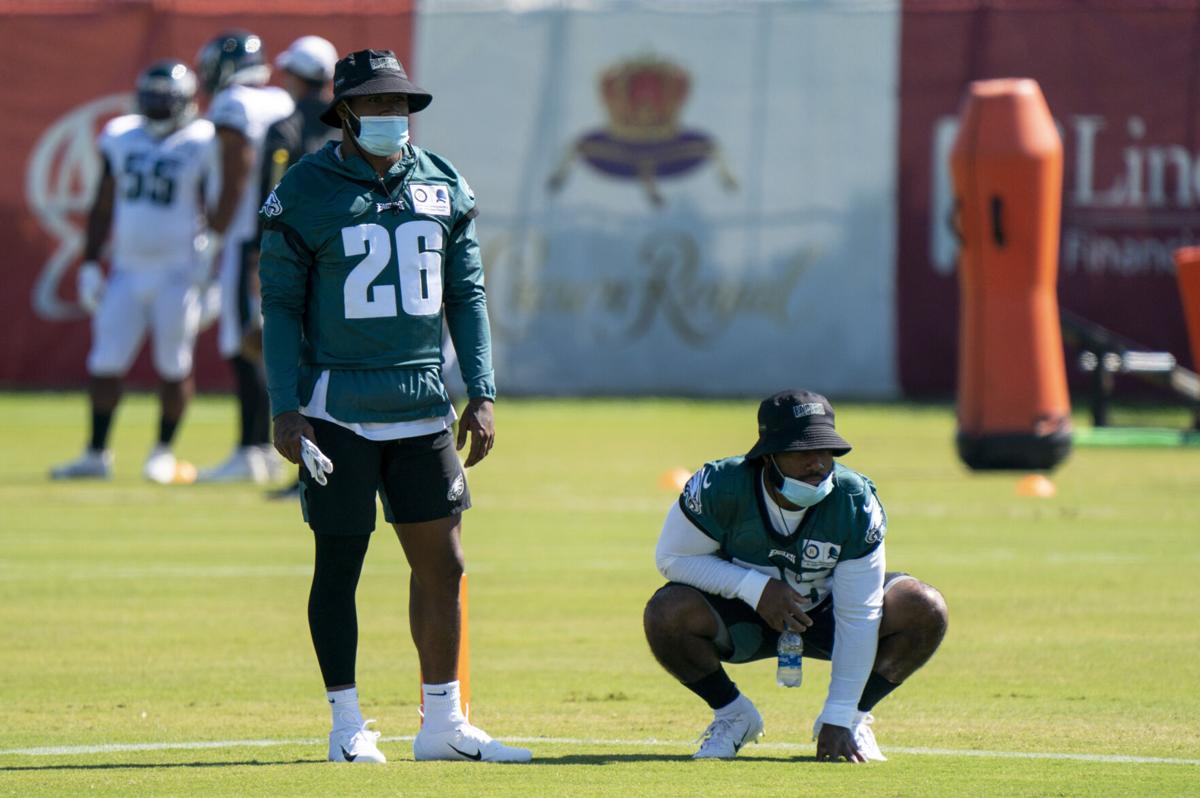 Philadelphia Eagles running back Miles Sanders, left, and running back Boston Scott, right, look on as they sit out today's practice during an NFL football practice, Thursday, Aug. 20, 2020, in Philadelphia. 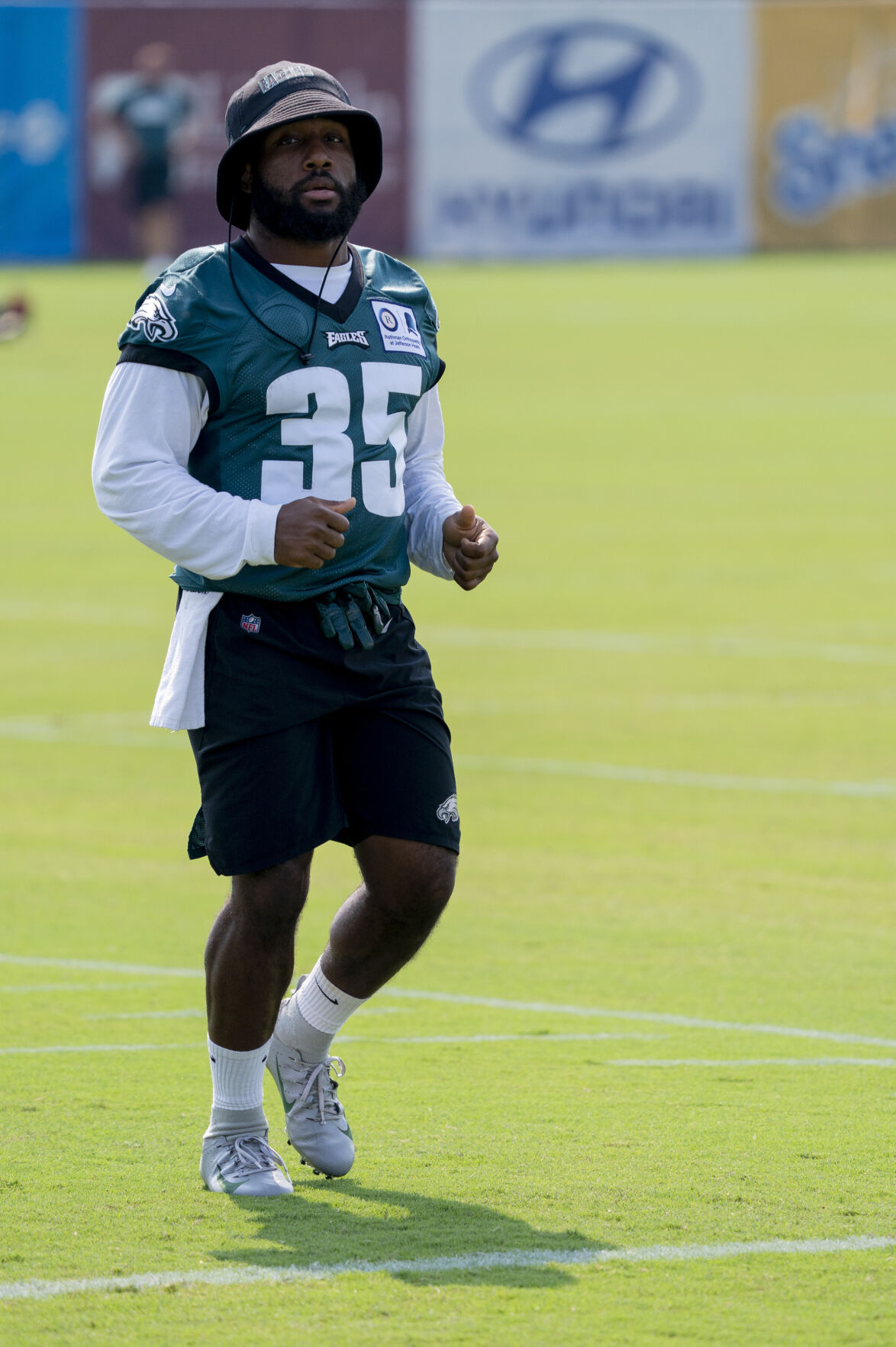 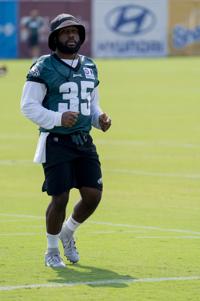 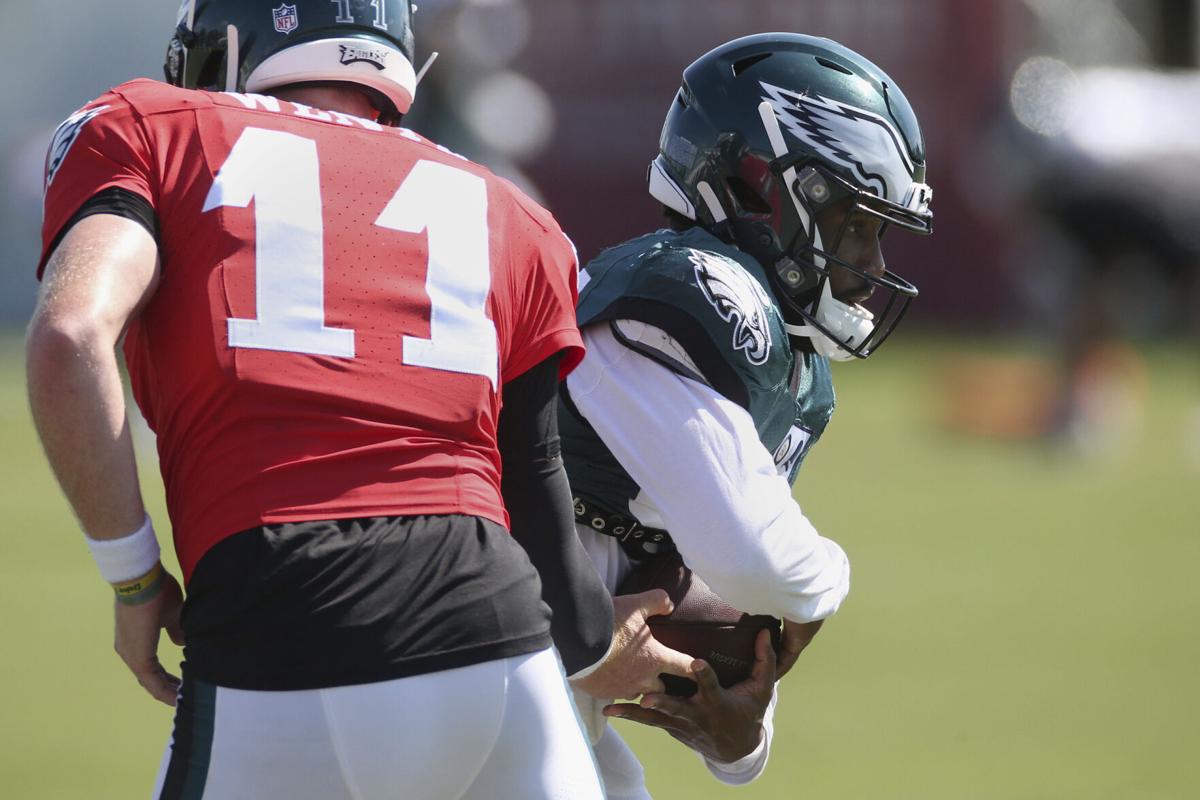 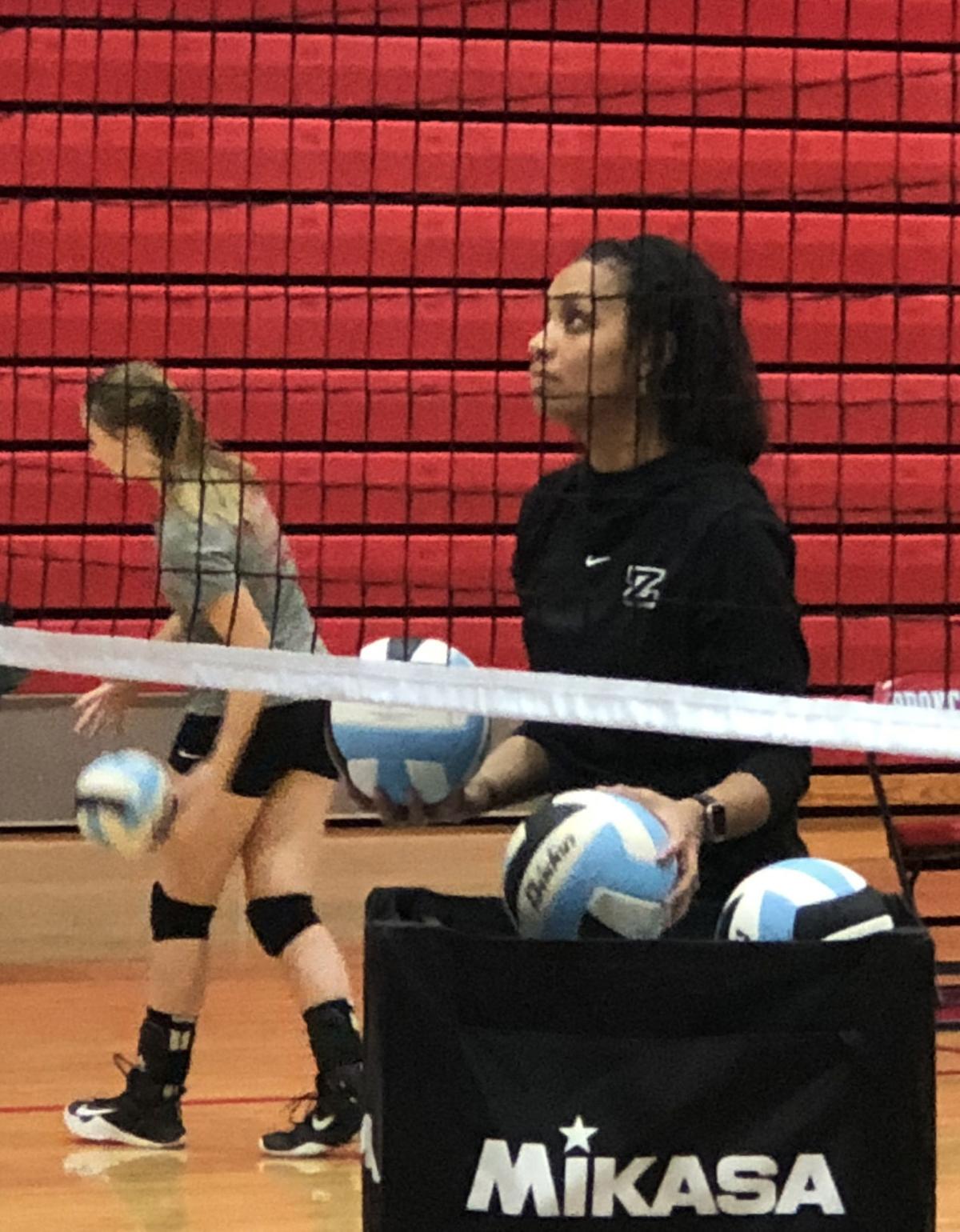 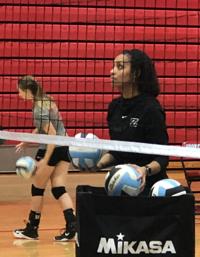 Philadelphia Eagles running back Miles Sanders, left, and running back Boston Scott, right, look on as they sit out today's practice during an NFL football practice, Thursday, Aug. 20, 2020, in Philadelphia.

Buckle up your chin straps, put on your running shoes, iron out those kick turns and adjust your knee pads, because fall sports are taking off. The sports world is starting to pick up traction at the local and national level.

Congratulations to former Zachary High School football player and former Louisiana Tech walk-on turned star running back Boston Scott. Scott was named to the Philadelphia Eagles 53-man roster on Sept. 6 and was one of only three running backs retained for the 2020 season. Though he was waived during the final Eagles roster cuts in 2019, he was re-signed to the practice squad the next day and was promoted to the active roster in early October of 2019.

Two weeks after being activated Scott found the end-zone on a 4-yard run to help the Eagles defeat the Buffalo Bills. In the season finale, he scored three touchdowns in a win that clinched a playoff spot for the Eagles.

He will compete for carries in 2020 with Miles Sanders and Corey Clement.

So fresh on the heels of making the Eagles 53-man roster, what does Boston Scott do? He starts a gofundme page to support Hurricane Laura relief in southwest Louisiana. As of Sept. 9, he had raised over $8,000.

The compassion comes from experience.

“I know all too well how devastating hurricanes can be going through Katrina, Rita and many more when I lived in Zachary,” Scott said. He further noted that “Hurricane Laura was absolutely devastating to the area, and I have family and friends on the ground volunteering.”

On why he felt the need, Scott quipped that “there was not much national attention with Lake Charles lacking major city status. God gave me this platform, so I am going to use it for good.” Scott encourages interested donors to reach out to his social media pages to access links to contribute.

On the volleyball court

Cheri Perry’s Lady Bronco volleyball team competed in scrimmages Sept. 2 and 3 and rolled into regular season games against Dunham, University and Live Oak the following week. On the COVID-19-derived unknowns that threatened the season Perry noted that “one thing I have learned in life especially over these last few months is the most consistent thing in life is change.”

To address this change, Perry emphasized the need for bringing a sense of normalcy back in the gym. “It took some getting used to with the masks, temp checks, sanitizing what seem to be like every five-minutes, but we practiced and trained as if season was "business as usual," Perry said.

The on-going questions have added to Perry’s emphasis to the team to “play every game like it's their last.” The hopes are that the youth movement from previous years will pay off in 2020 with all but one graduating senior returning. The goals are much loftier for 2020 as Perry notes that “after making it to playoffs last year and losing in the first round, these girls are hungry and working not only to make back to playoffs but make it to the Pontchartrain Center.”

Perry is excited about the prospects and expects great things from this team as they have already overcome with the uncertainty on the season status. “They have stepped up and accepted the challenge,” Perry said.

Questions still linger with COVID-19, and the Senior Night, which is generally held during the last regular season game, will be held Wednesday, Sept. 16 during a game against Walker. The senior ceremony will tkae place after the junior varsity game, which starts at 5 p.m. On moving up Senior Night, Perry noted that “these girls have worked hard for this moment and they deserve this night and I wanted to be sure they are able to celebrate their moment.”

Perry’s take on the changes are refreshing. “It is out the norm, but then again it's 2020 ... everything is out the norm..so we enjoy what we can and make the best of it.” Upcoming home games in September for the Lady Broncos will be against Catholic High of Pointe Coupee on Friday and Central on Sept. 30.

Currently the number of people present at a game is limited, but this could change in an instant just like everything else these days. Nonetheless, the games have begun and that light at the end of the tunnel just keeps getting brighter and brighter.